This modern, 430 square foot apartment is located in Raval, the Ciutat Vella district of Barcelona. The area was previously known for its night life, and had a reputation for criminal activity. However in recent years it’s seen a turnaround due to measures implemented by the local government. Raval is now one of the main tourist attractions within the city. 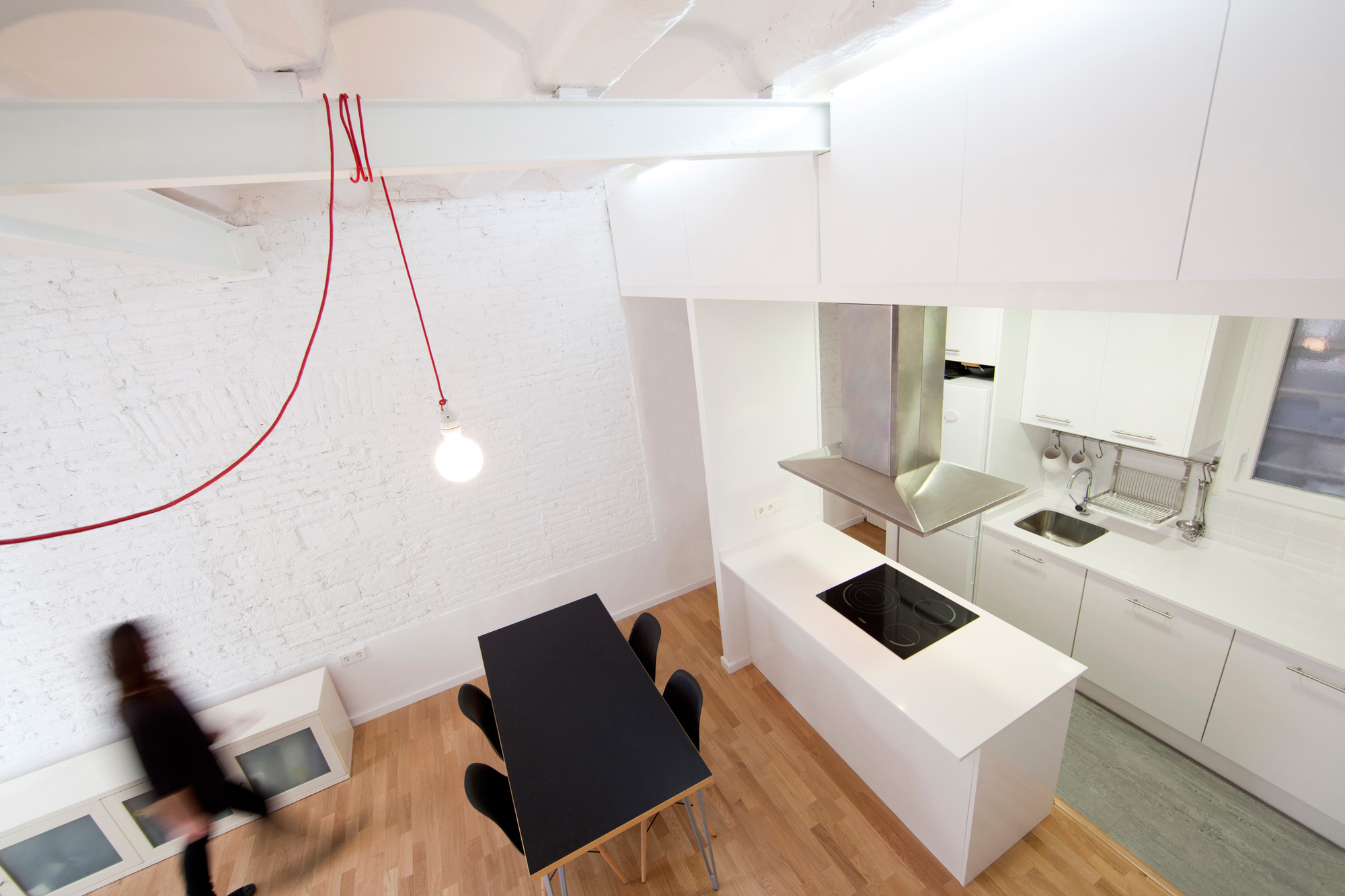 After the government’s intervention, local businesses, restaurants, museums and galleries flourished. It is not a hotspot for young professionals and students. The owners of the apartment take advantage of Raval’s new-found culture and have immersed themselves into all that the city has to offer. The architect, Eva Cotman, based the redesign of the apartment around the client’s needs, paying particular attention to natural daylighting and creating defined spaces within the open-plan home. 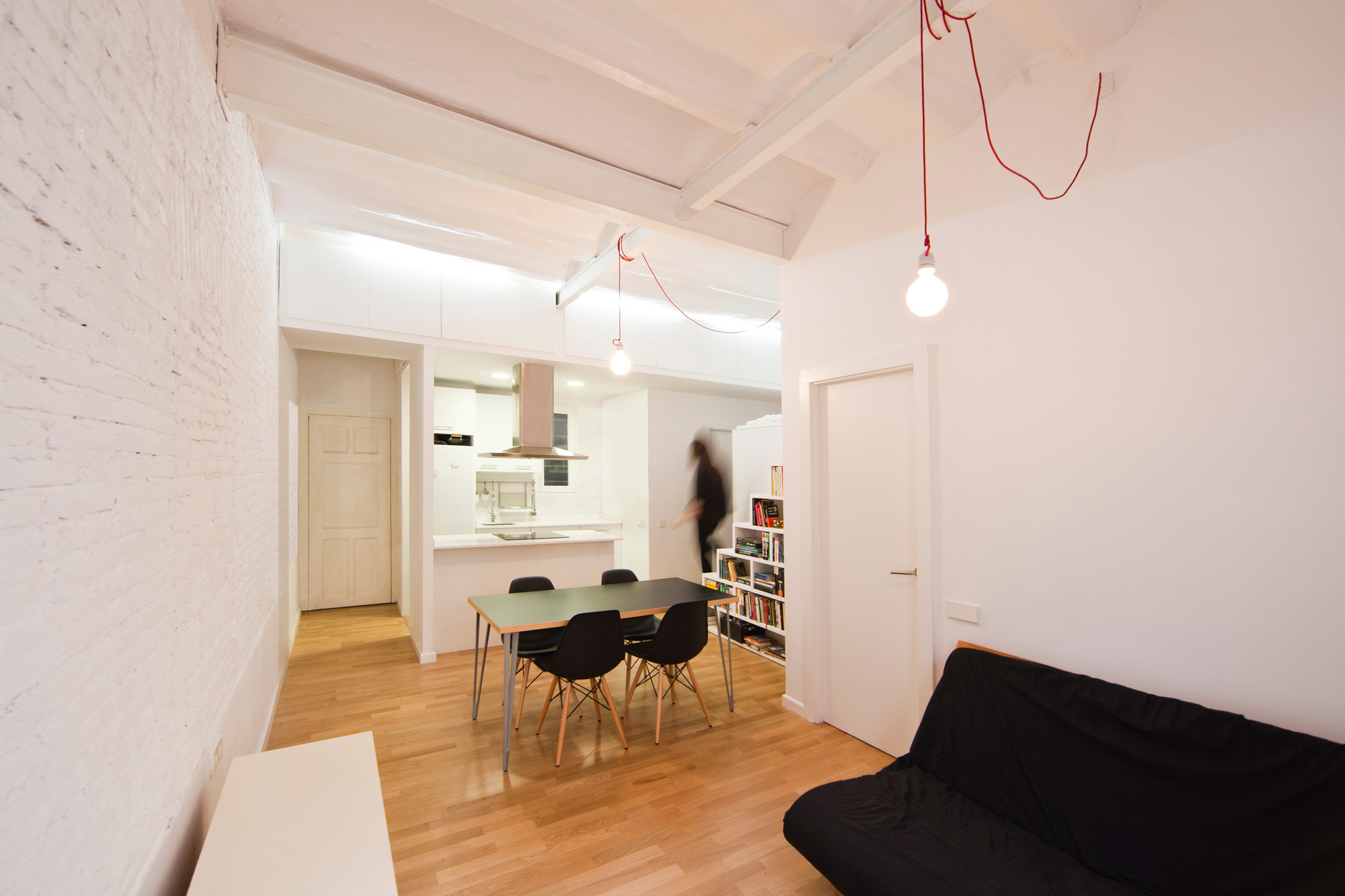 The aim was to create an interior layout that would mimic the city. To do this, Cotman introduced various ways of moving between the different parts of the apartment. This created a sense of diversity both inside and within the context of the neighbourhood. 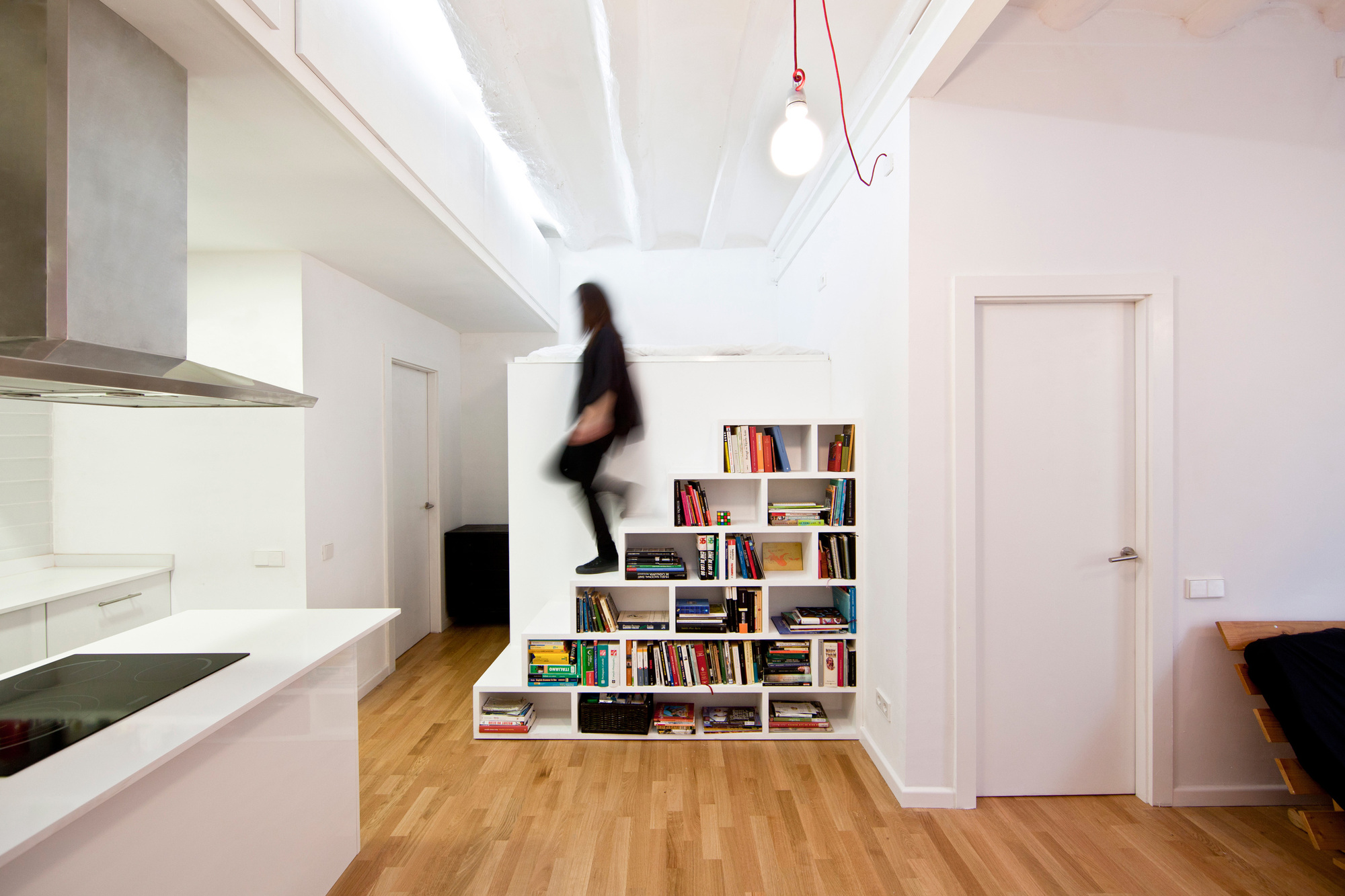 Another aspect of this project was maximising functionality. A 430 square foot apartment isn’t quite on the micro-home scale, but it’s also not a huge amount of space for, say, a small family. In the revamp, interior partition walls were removed. The wooden ceiling and brick walls were paint white, allowing the apartment to act as a blank canvas for the owners.

The home revolves around a “library” that separates the kitchen, dining and living areas from the built-in closet and bathroom. The library is a multifunctional furniture piece that acts as a staircase, storage closet, and bench. The top of the staircase leads to a galley, which can be used as a guest sleeping area.

Cotman has managed to create a new contemporary home while still maintaining the original building’s identity. It’s a relatively small home, that perhaps may be a little bland for some, but it features some interesting ideas regarding space, and its allocation. Couple that with its low-budget (although no figure was given) and short time scale and it’s been quite a successful project.

For more small apartment design ideas check out Queeste Architecten’s loft apartment, that combines function with style. Or have a look at Graham Hill’s apartment that features a moveable partition. See all apartments.

Minimalism in Madrid – A Compact Apartment