This quaint wood-clad cabin can be found among the wilderness of Nordmarka in Norway. The cabin was built for a family residing in Oslo, an hour’s drive away from the site.

They contacted Mork-Ulnes Architects to create a country retreat that would allow them to escape bustle of Oslo when needed. The project, dubbed “Mylla Hytte Mork Mork”, was completed in 2017. 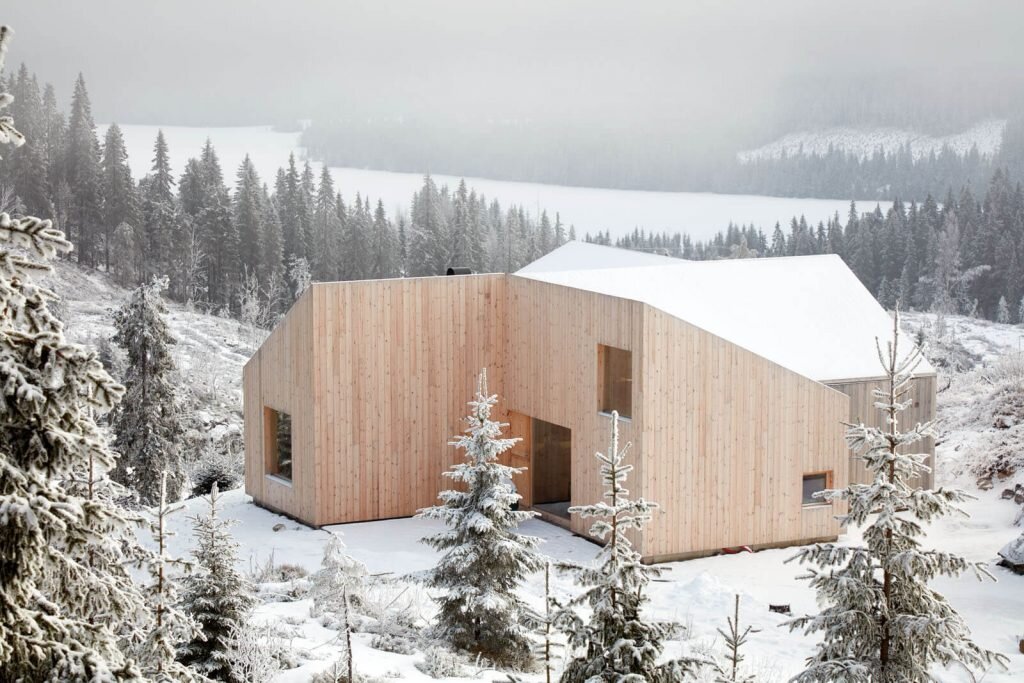 The cabin is set out over an area of 1,076.39-square-feet (100-square-meters). It acts as a recreational hub for the family in both the winter and summer. In the warmer months the can spend their days hiking, or biking. While in the colder winter months, skiing is the sport of choice. 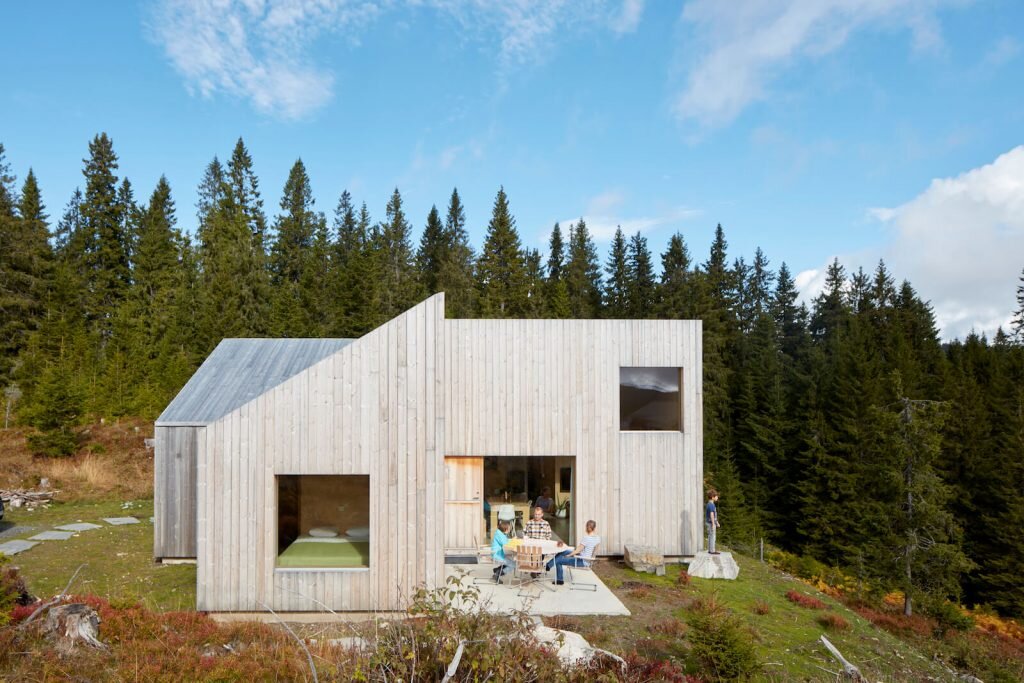 The new owners had a few basic requests: “three bedrooms, including a bunkroom for kids; two bathrooms as efficient and small as possible; a small annex for ski waxing, bike and ski storage, and a two person sauna; connection from inside to out.” The architect was then left to produce a feasible plan. 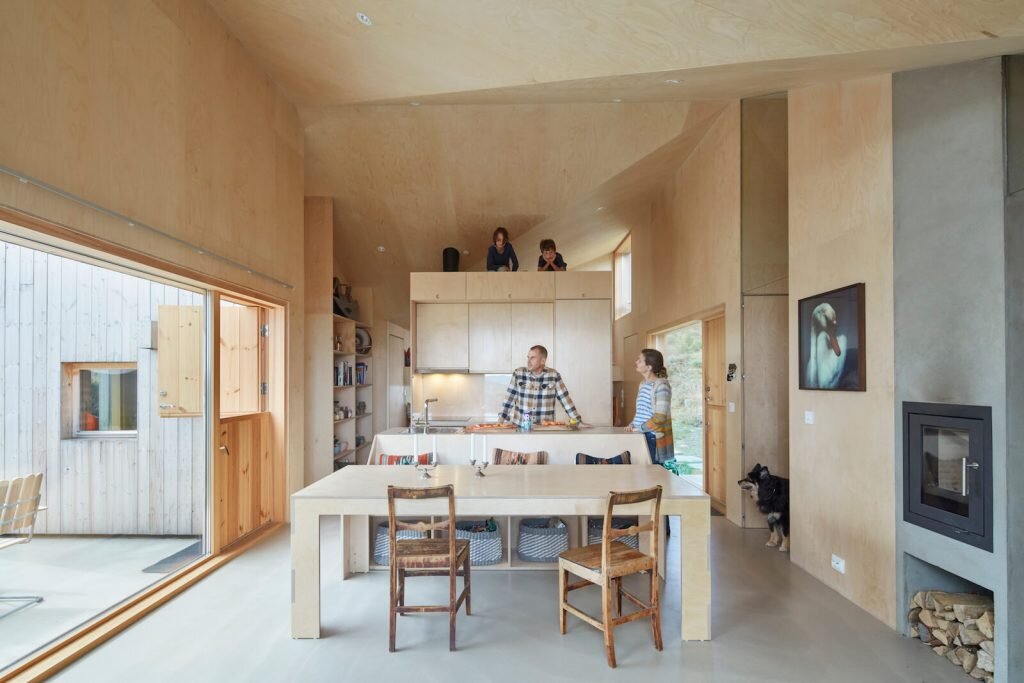 According to the designer, cabins are a big deal in Norway, with over a quarter of all Norwegians owning at least one. This particular cabin takes few ques from the traditional cabin, which is seen as a small primitive structure, “serving a simple utilitarian purpose to shelter, often with an outdoor toilet and no running water.” 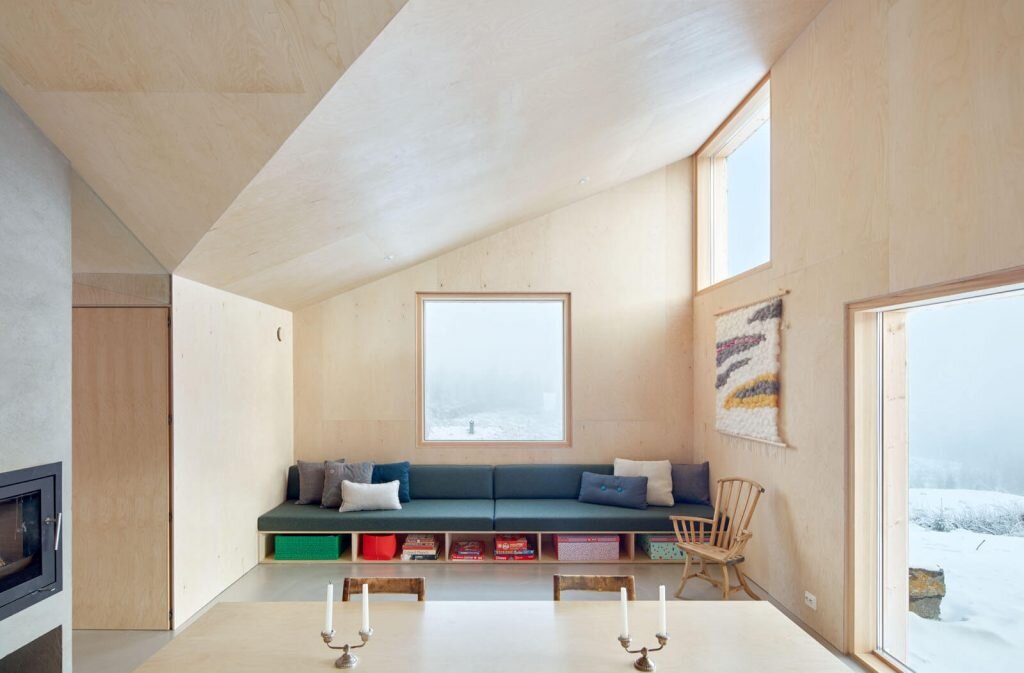 By contrast, this home features spacious open plan living quarters. It still fulfills its utilitarian aspects by being function-driven, but it also attempts to connect with the surrounding landscape and contains a comfortable, if not luxurious interior. The floor plan measures 904.17-square-feet (84-square-meters). 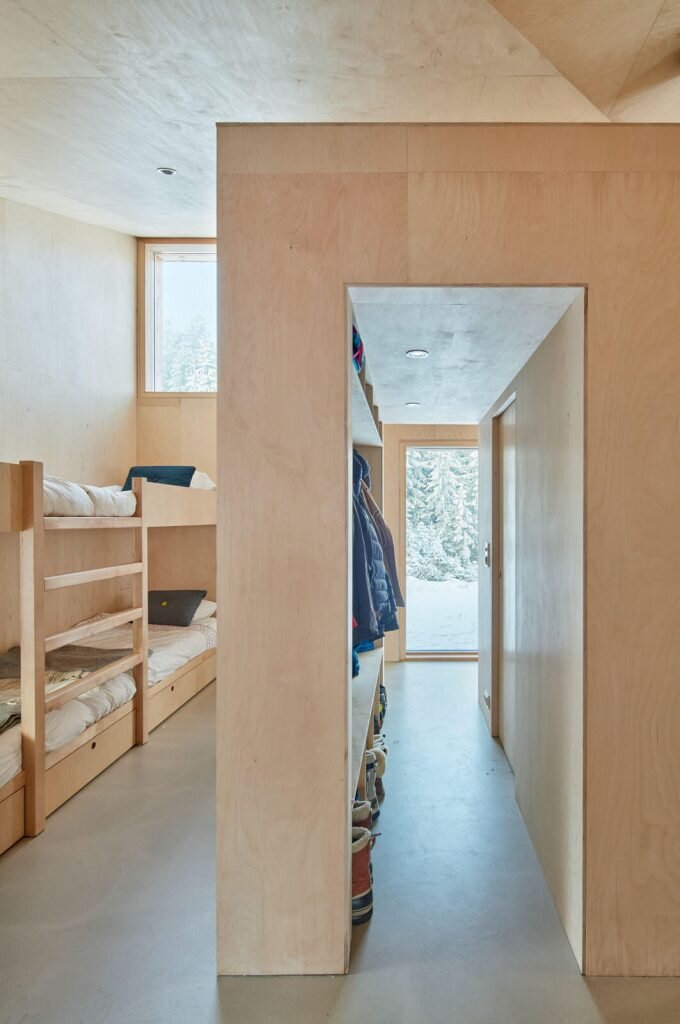 From the designers: “Instead of emphasizing the site’s sweeping panorama of pine and deciduous forests, mountains, and lake, Mylla Hytte takes a more deliberate approach to the landscape around it. The wings of the house engage four distinct characters of the site: the great room looks onto Mylla Lake, the guest room looks towards the rolling hillside, the kids’ room looks up at the sky, and the bedroom has a private view of the towering forest.” 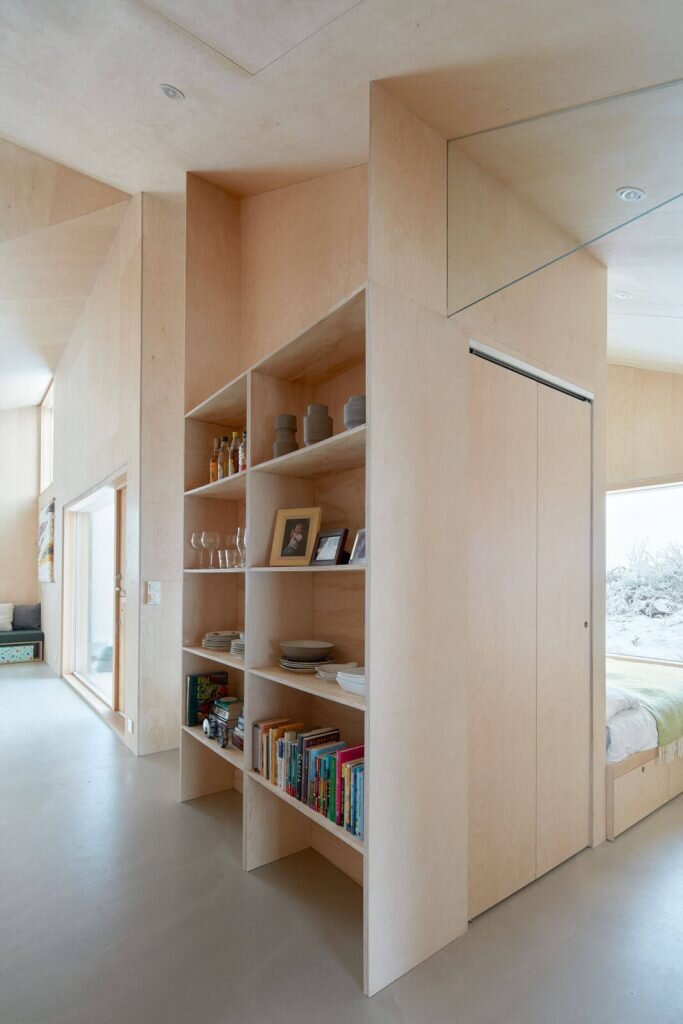 For more cabins check out this wooden retreat set on top of a disused WWII bunker. Or, Buitenhuis Droomparken’s holiday home for the masses.