Norwegian architect David Fjågesund lead the development of this project based in Nissedal, Norway. The project saw the design and construction of a small timber clad cabin.

The floating cabin acts as a prototype for future holiday home development. It’s been dubbed Nisser Micro Cabin, and was completed in 2017 by Fjågesund’s firm, Feste Landscape / Architecture. 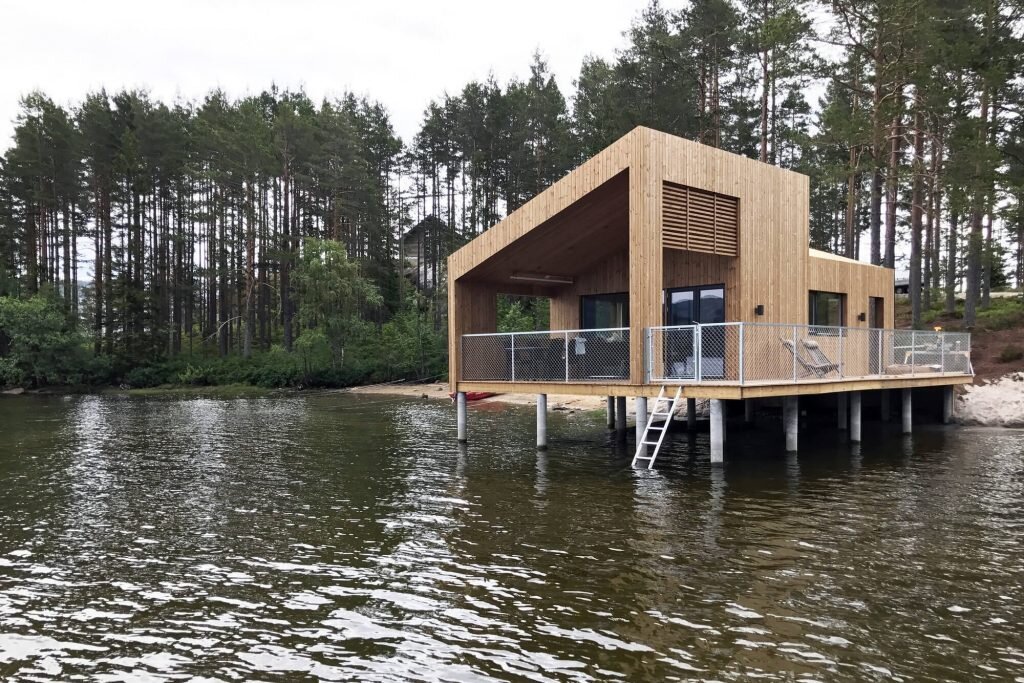 The cabin gets its name from the lake before which it’s placed; Lake Nisser. Planning restrictions on developments in and around the lake prevented the cabin from being placed on the body of water. The architects had to opt for stilts as supports, but it’s hoped that future cabins could be placed on the lake with the use of floats. 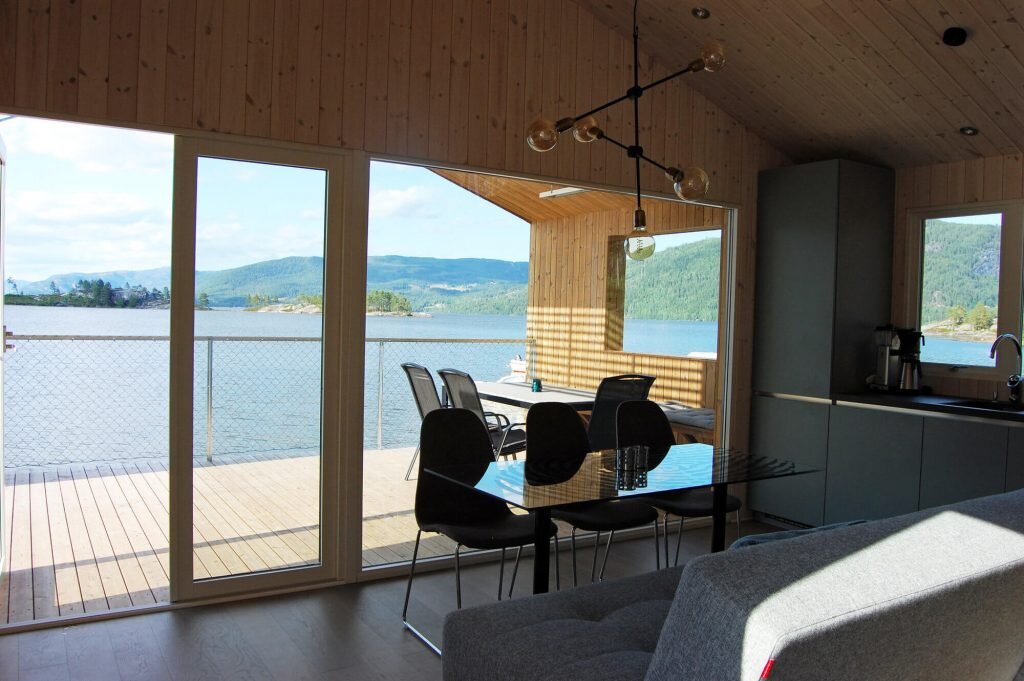 The cabin is envisaged as an alternative to the current holidaying trend in Norway. Large, luxurious, and sprawling holiday homes have become the default retreat for Norwegians. At just 280-square-feet (26-square-meters), Nisser Micro Cabin is a stark contrast to this. Instead the designers have opted to focus on the creation of a small but functional space, placed within the stunning backdrop of Nissedal. 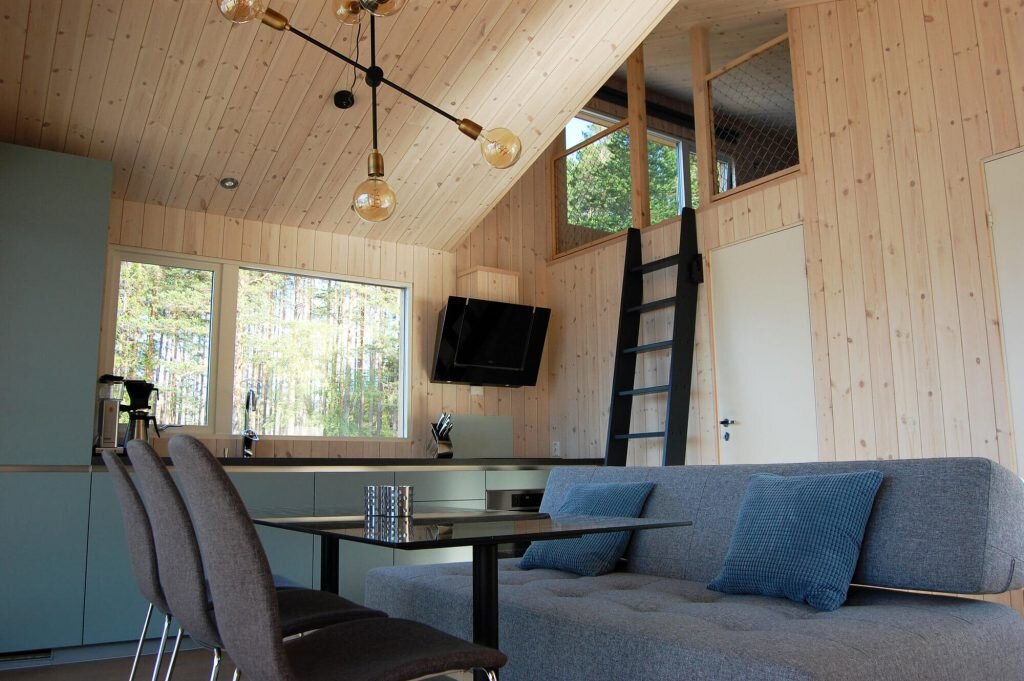 From the architects: “From a sustainability point of view, the micro cabin offers an alternative to the emerging trend in the Norwegian holiday home market of luxury cabins with sprawling footprints. The design attempts to maximise the user’s experience of the lake and the surrounding landscape. The glazed façade between the kitchen/living room and the covered terrace creates a seamless link between the inside and outside.” 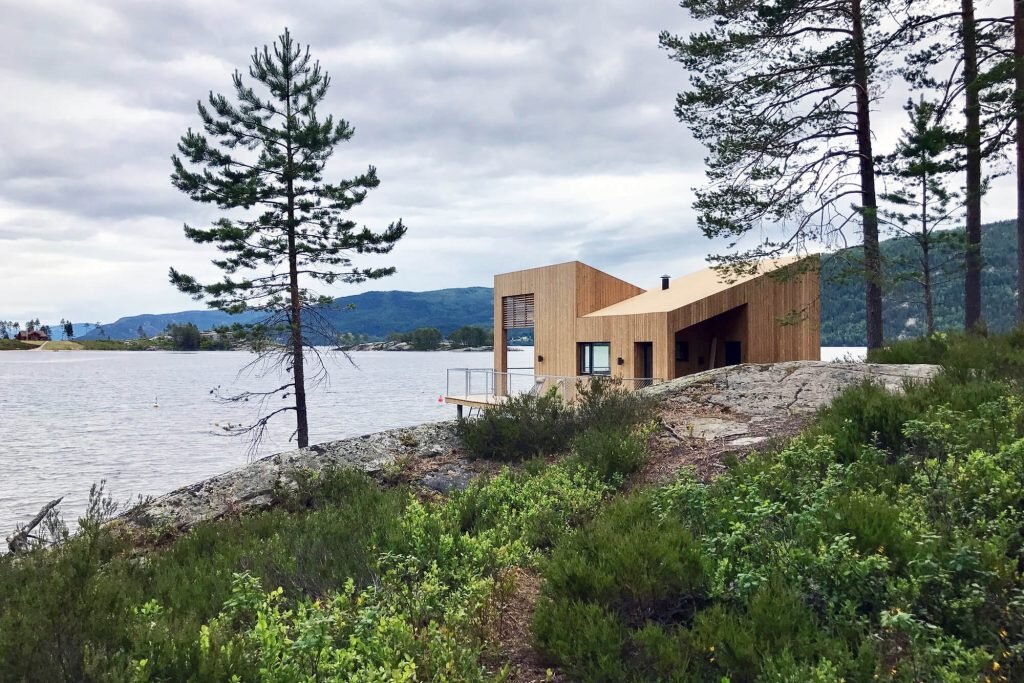 The cabin is clad with pine, both inside and out. It features an expansive exterior deck, allowing you to soak up your surroundings. On the inside, there’s a single open plan room that accommodates the kitchen, dining and living area. Beyond this there’s a bedroom, along with a bathroom, and a utility/storage room (accessed externally). 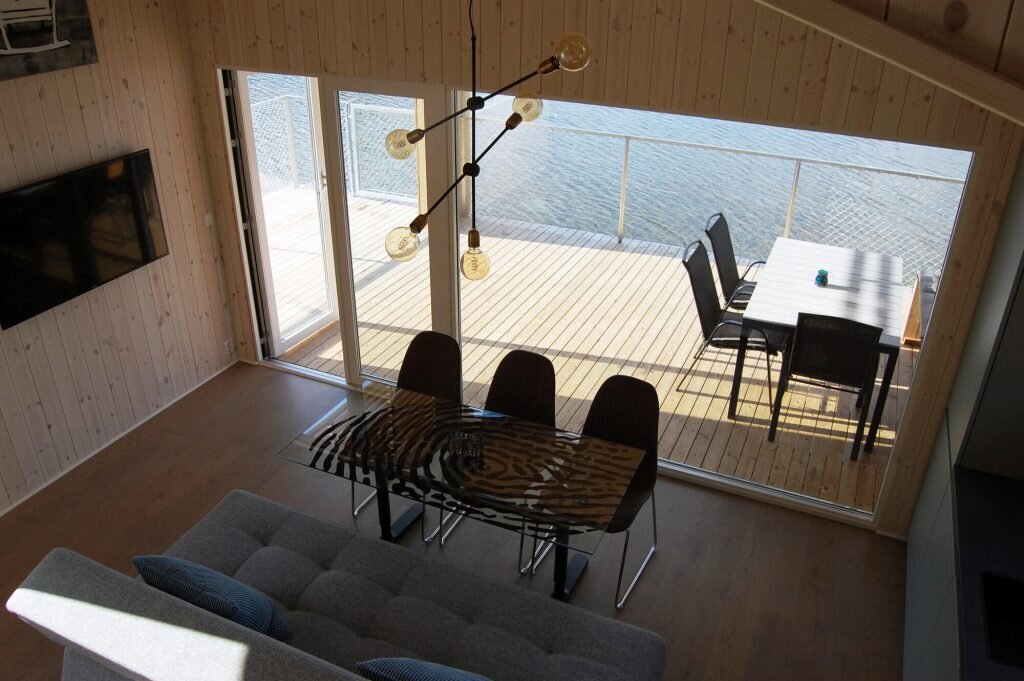 The retreat also contains a mezzanine which serves as an additional sleeping space. All told, it can accommodate 7 people – not bad for such a small property. To the front, beyond the open plan living area, there’s a large sheltered deck, providing the occupants with the opportunity to immerse themselves in the surroundings from the comfort of their – temporary – home. 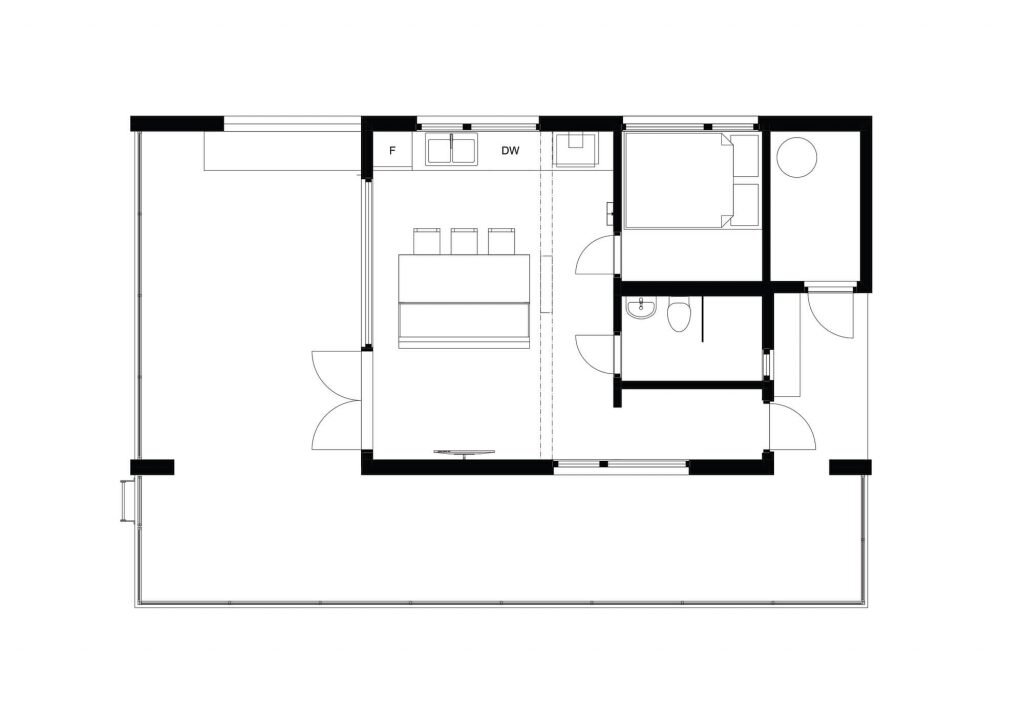 For more cabins check out the Graphic Designer’s House, a wooden cabin from Hungary. Or, Cabin Ustaoset, which is set a the foot of a mountain in Norway. See all cabins.

Crevice House from Seoul Goes Upwards Instead of Outwards