This house from Japan, dubbed the Mushroom House, has been built for a “dual career couple”. With both individuals so focused on their careers, they have a limited time throughout the day to see each other.

It’s been built by the Japanese studio, SPACESPACE. The designers were tasked with creating a home which would amplify the couples time together. 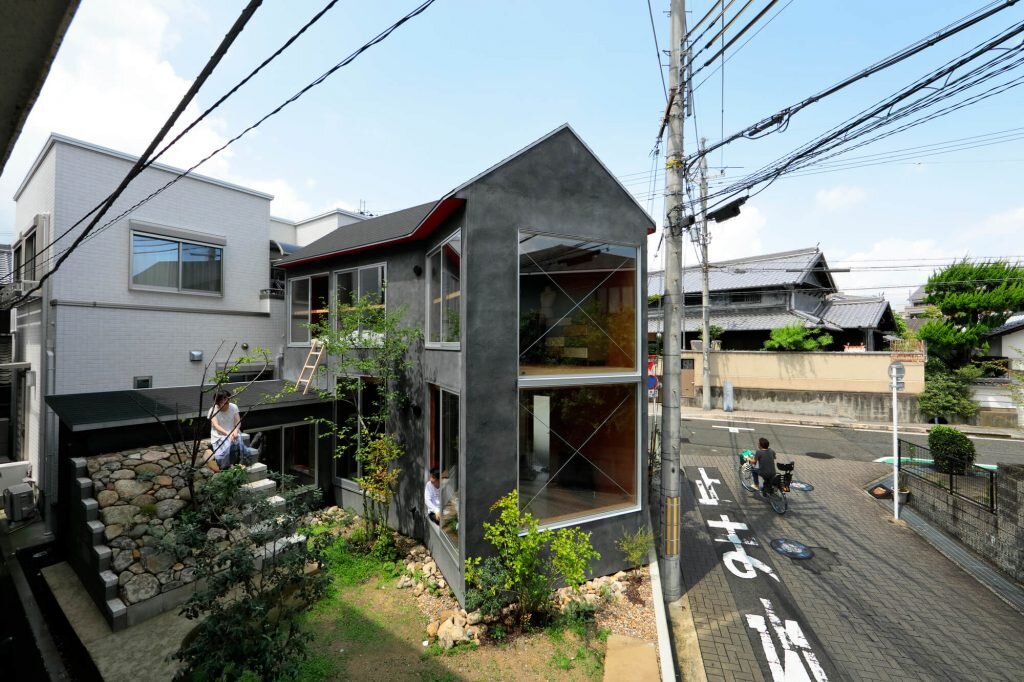 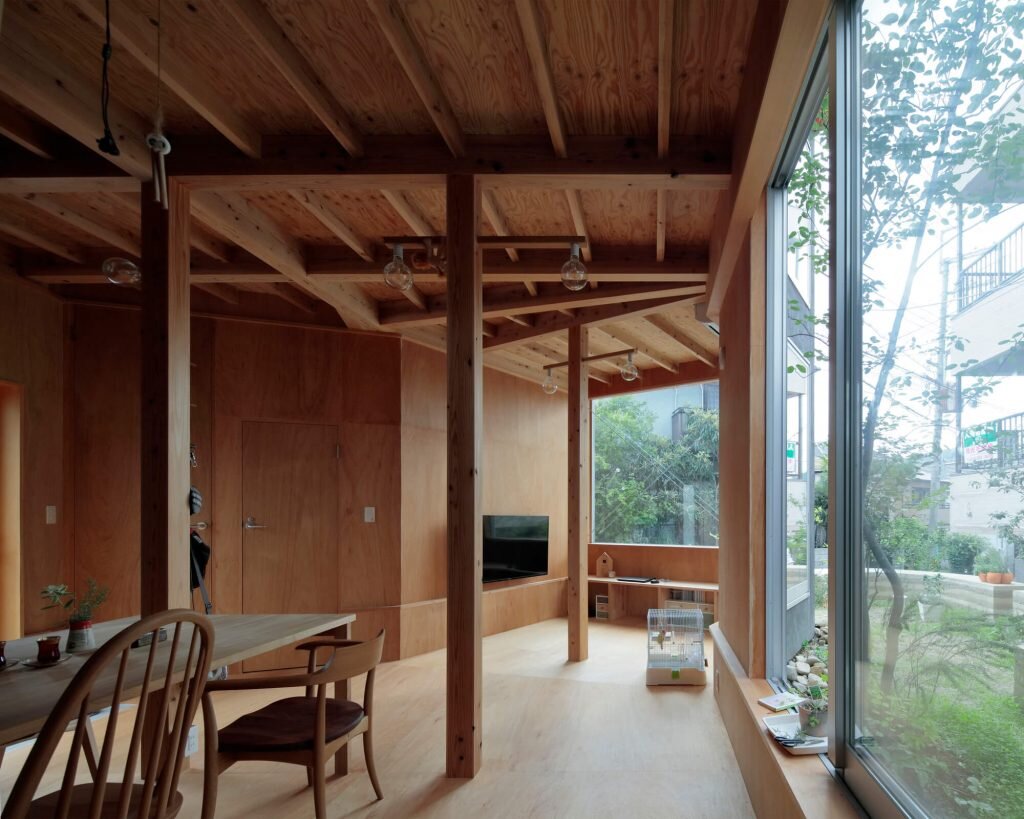 The build was completed in early 2018. The plot is quite exposed – it’s set on a corner lot with roads running along the outer bounds of the property, and residential buildings running along the inner. Given its position, privacy was a concern for the designers, but they didn’t want to simply develop a closed off off. 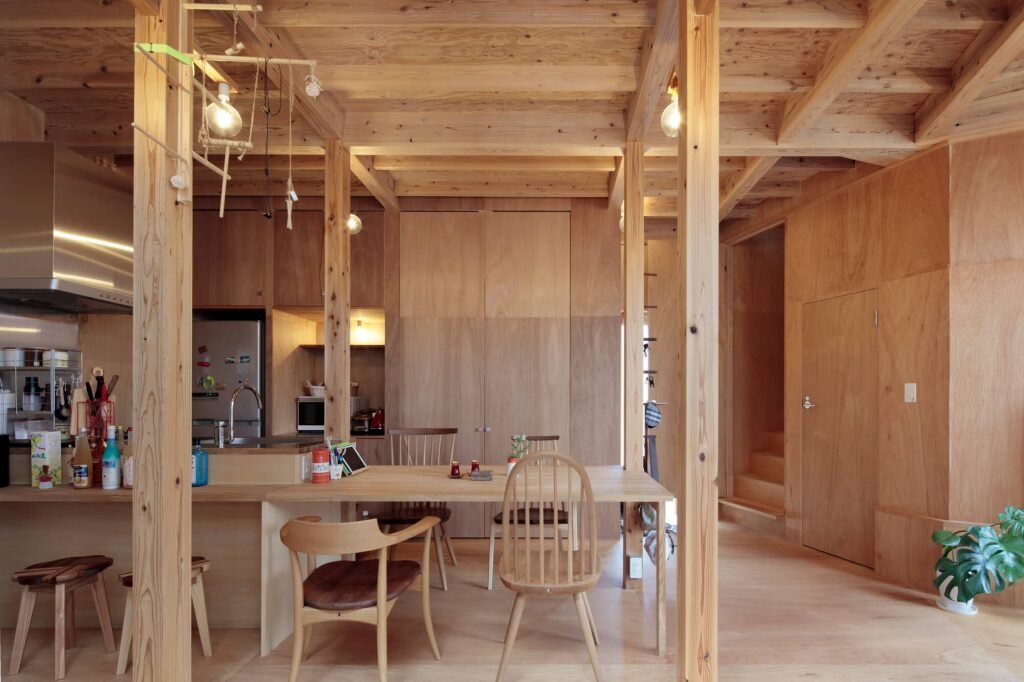 In the end, they created a home that combines inward and outward views. The house wraps around a small garden, sheltering it from the street. The majority of the home’s windows look over the garden. A few others are focused on the street, like the large floor-to-ceiling windows found on the exposed gable end. 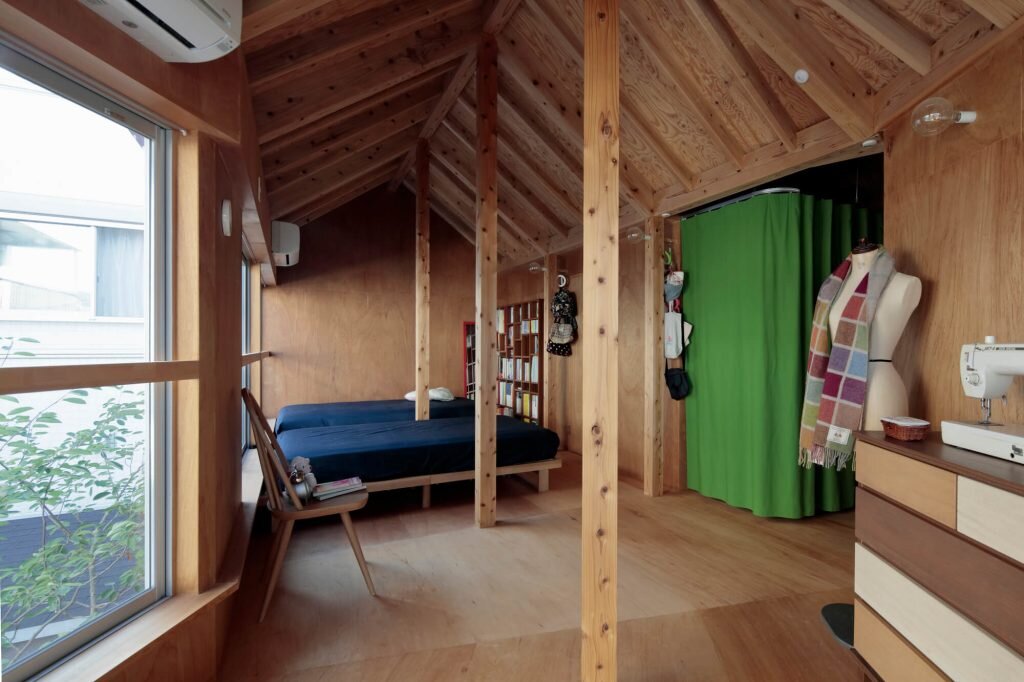 The structure of the building is revealed from the inside. Wooden joists, posts and and beams are all on show. As if that wasn’t enough wood, the majority of finishes have been completed with plywood. It forms the walls, floors, ceilings, and even the furniture pieces. 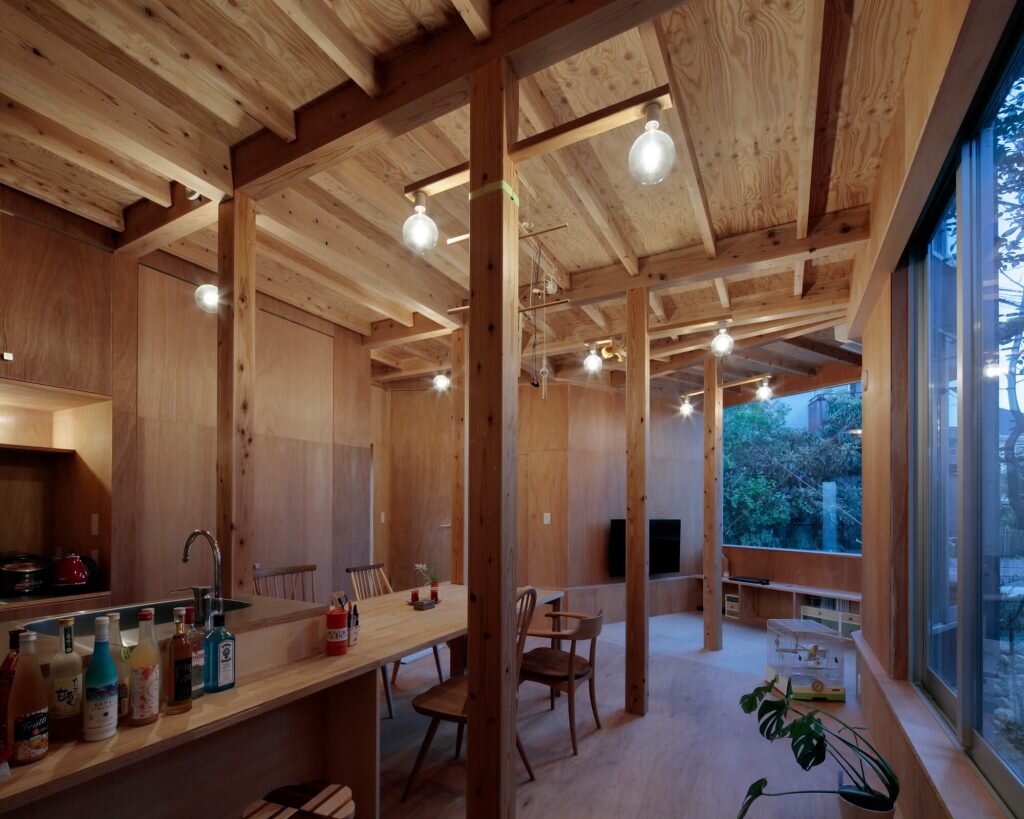 The house seems to emanate a sense of calm and tranquility. From the designers: “There is a comparatively large kitchen in the ground floor because the act of cooking and eating is the center of their life and those ingredients are grown in the south garden used as a fruit and herb garden or in the near rental farm.” 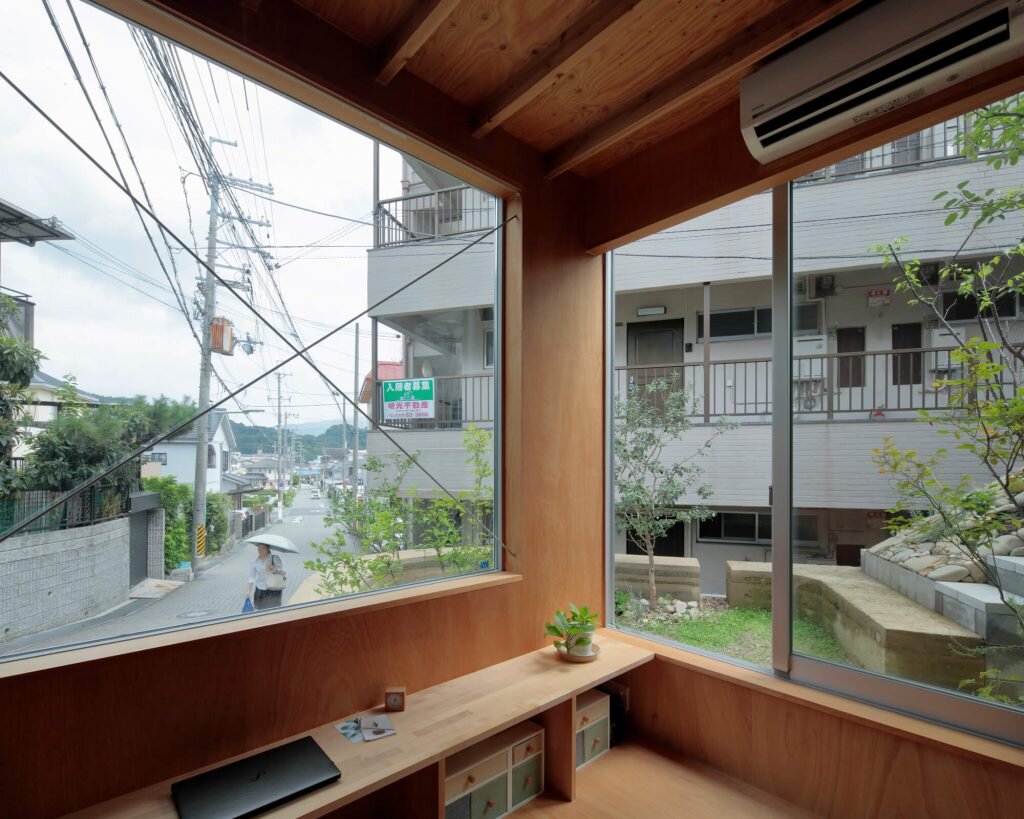 For more Japanese houses check out this mountainside home that’s set on stilts to avoid snow. Or, this design by Tato Architects which has almost no internal walls. See all Japanese houses.