This mirrored cube, set a top of a building in a small town from the Netherlands, serves as an extension to the owners home, and accommodates their 12-year-old son.

The project was titled “Mirror Mirror on a Roof”, and was undertaken by the Dutch design studio, Remco Siebring. When creating the addition, the designers took inspiration from tree houses attempting to embody their ideologies into the space.

The entire exterior of the structure is clad with mirrored glass, giving it an almost futuristic appearance. During the day time, light is reflected, allowing it to practically vanish against the background. At night, with the lights switched on, it becomes a lantern. 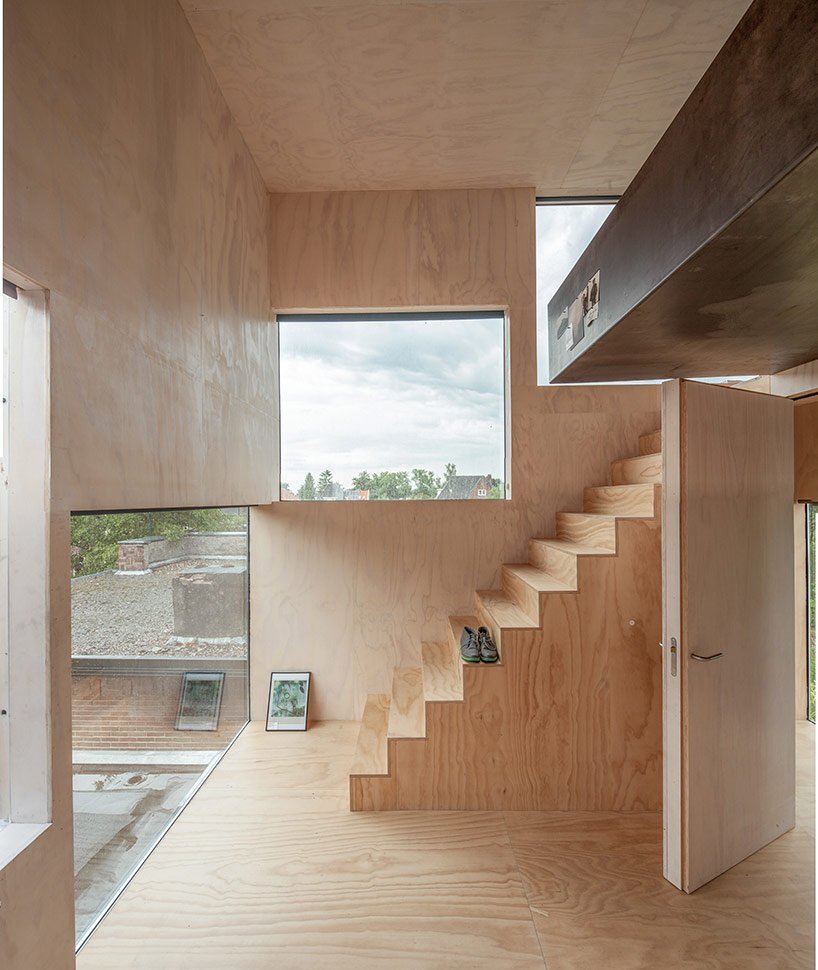 On the inside, the cube is more homey. The floors, walls and ceilings are all clad in plywood. The wood surface is broken up by a number of large picture windows that frame views of the town below. Again, the choice of material finishes harks back to the idea of it being a reinterpretation of a tree house. 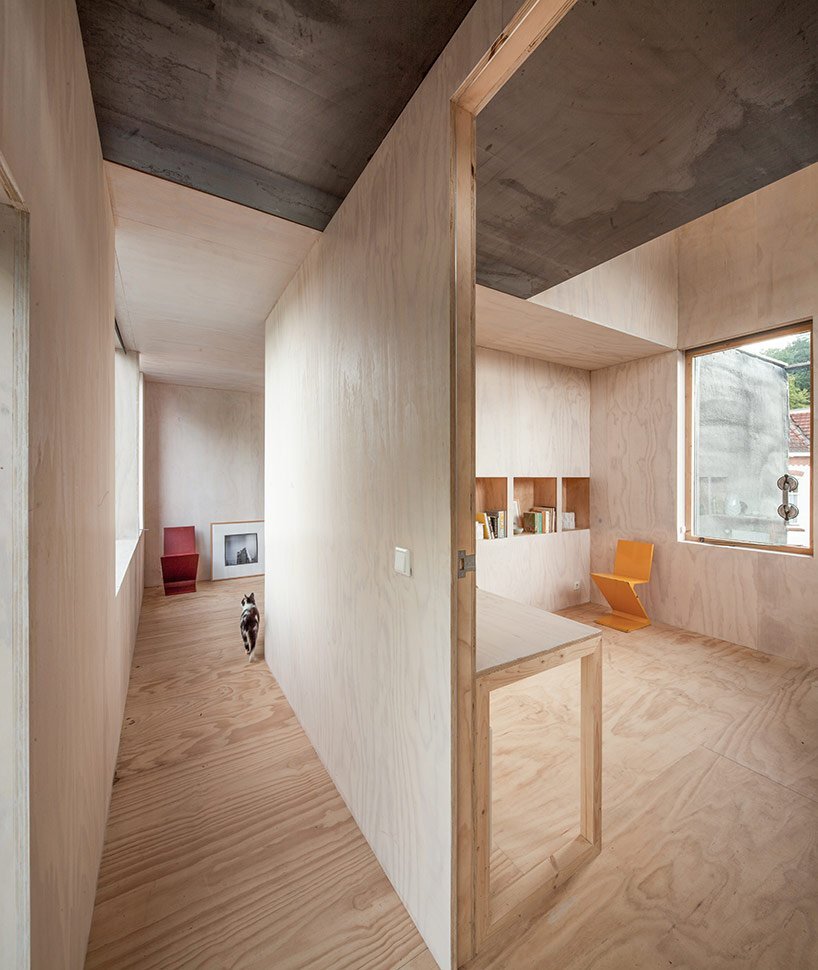 No floor plan is available but the interior seems to be divided up between an entry, study/office, and a mezzanine style bedroom on the upper level. The mezzanine cantilevers out from the wall, hovering over the floor below. 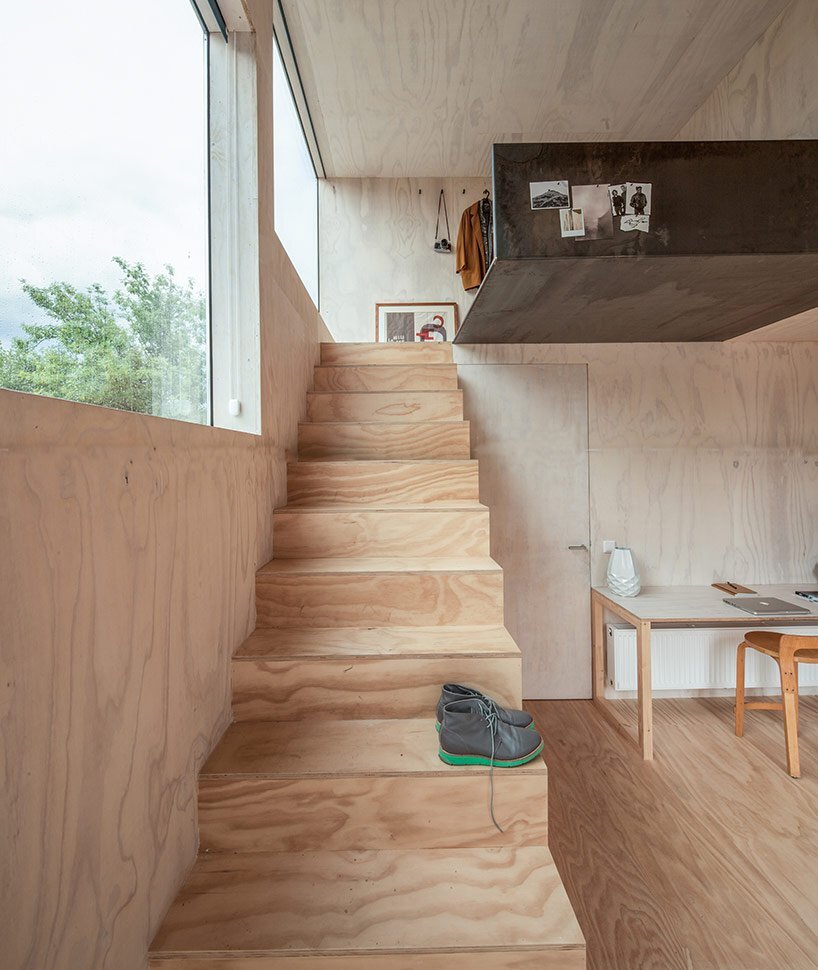 The interior is just 9.8 feet (three meters) from floor to ceiling at most. It’s been varied throughout the rooms to create a different atmosphere; some open and spacious, others more closed and private. From the designers: “Using wood to allude to the tree tops, while a steel shelf supported three meters above the bottom floor level serves as the perch in the branches- a cantilevered mezzanine containing the bed. the addition features a relatively simple program for its single inhabitant.” 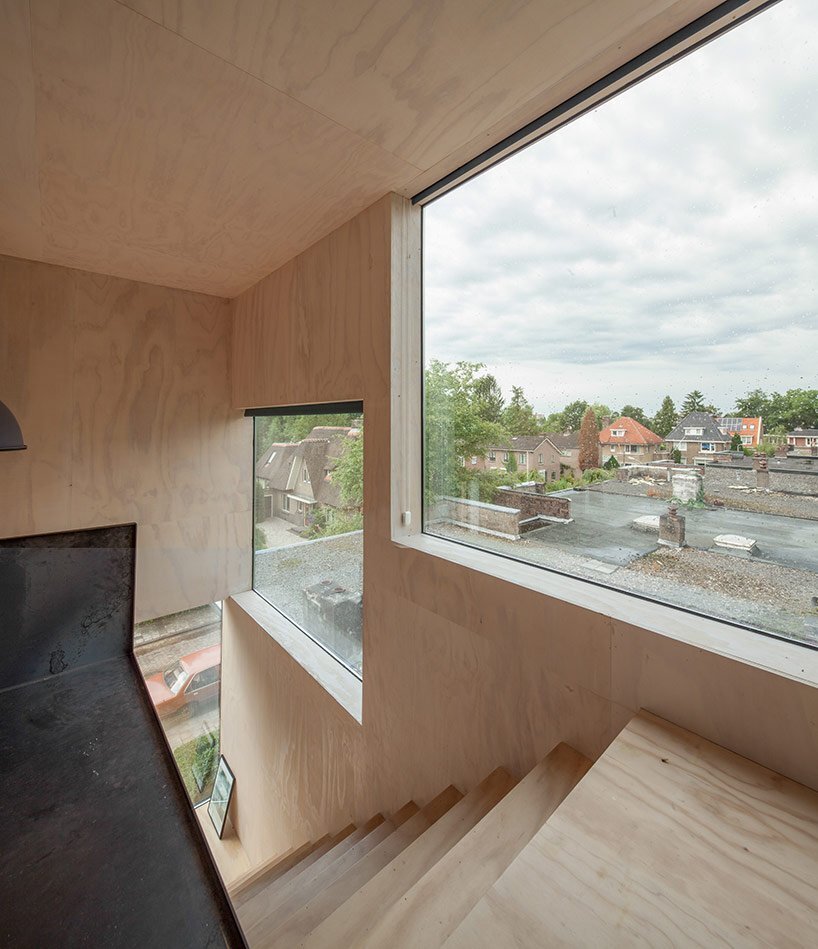 For more spaces check out Casa Poly, an extension for an artist that makes use of polycarbonate sheeting and greenery. Or, Studio for Two, a rooftop cabin made from shipping containers. See all spaces.