The German architecture firm, Atelier Kaiser Shen, were responsible for creating this truly tiny home and its courtyard. The project was completed in 2018 and has been titled “Micro Courtyard House”.

The tiny house is located on a traffic island, placed between four stoplights, in the city of Ludwigsburg in Germany. It’s unusual location necessitated the creation its walled courtyard. 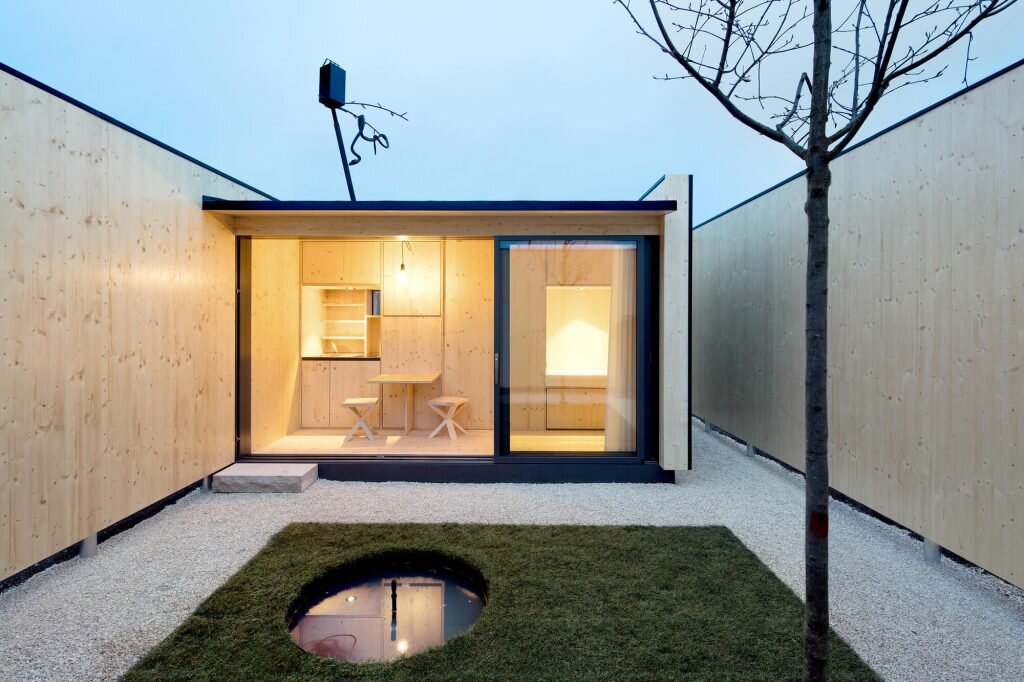 The house occupies a small portion of the overall site. It comes in at a meager 75.35-square-feet (7-square-meters) – that’s smaller than pretty much every tiny house I’ve seen over the years. I guess it goes without saying, but this house is designed for those that want to live a minimalist lifestyle. 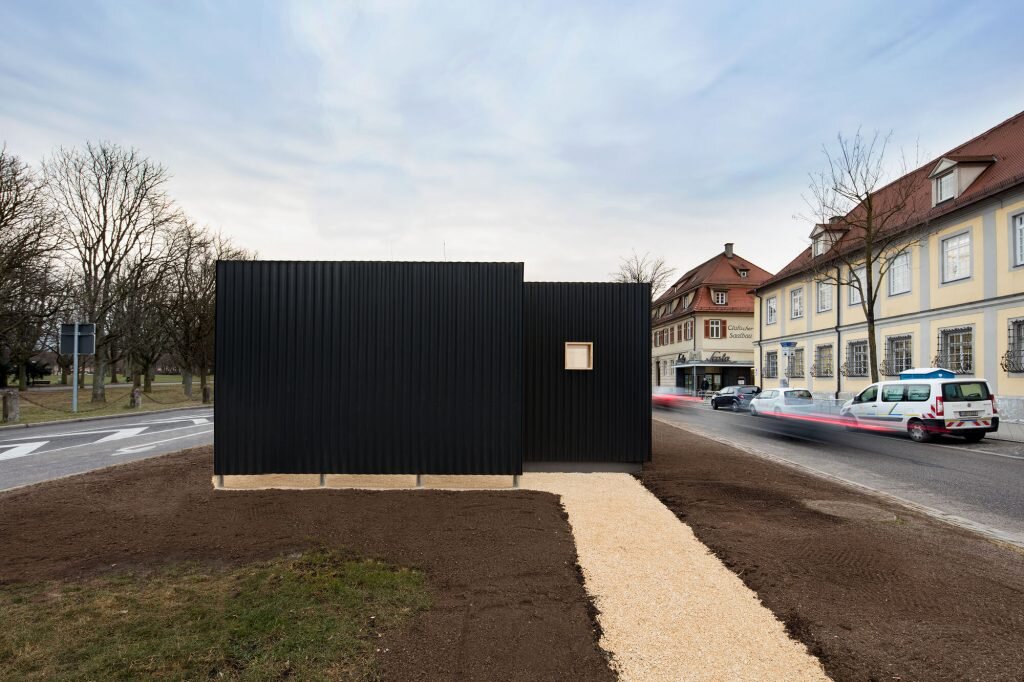 Everyday thousands of vehicles and pedestrians pass by the house, but thanks to it’s walls, it’s sheltered from the outside on-goings (visually at least). Micro Courtyard House is essentially a new take on infill housing, which usually takes advantage of vacant lots found between buildings. 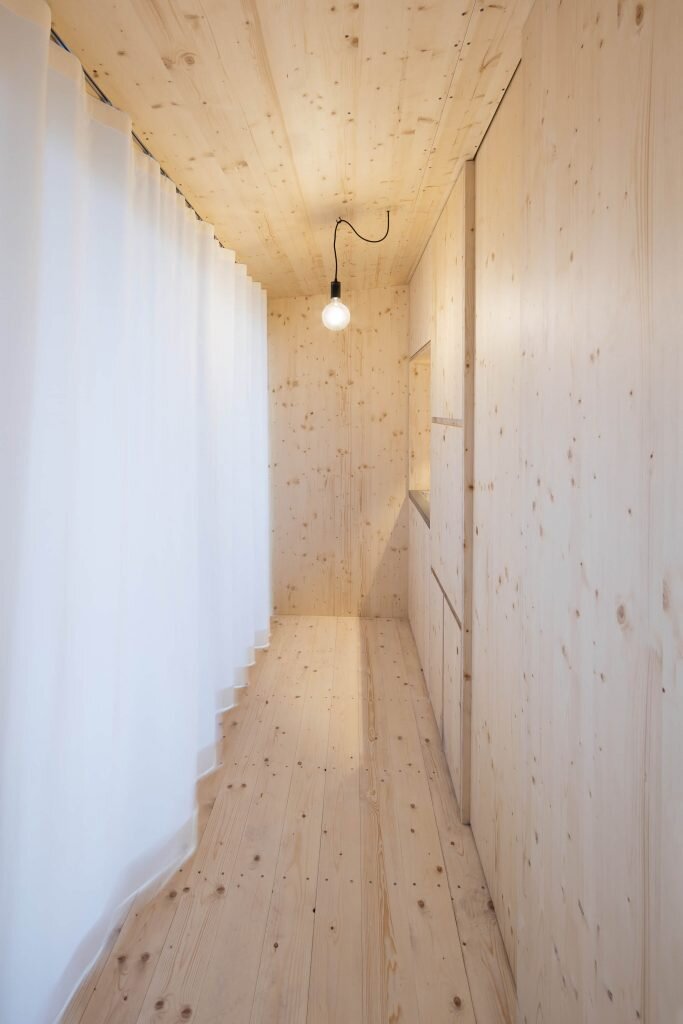 Perhaps surprisingly, the house contains all the amenities you’ll need to get by. There’s a kitchenette, a bathroom (complete with a toilet and shower) and a single bed. The bed can be folded up to form a living room, and a small two person table can be folded down for dining. 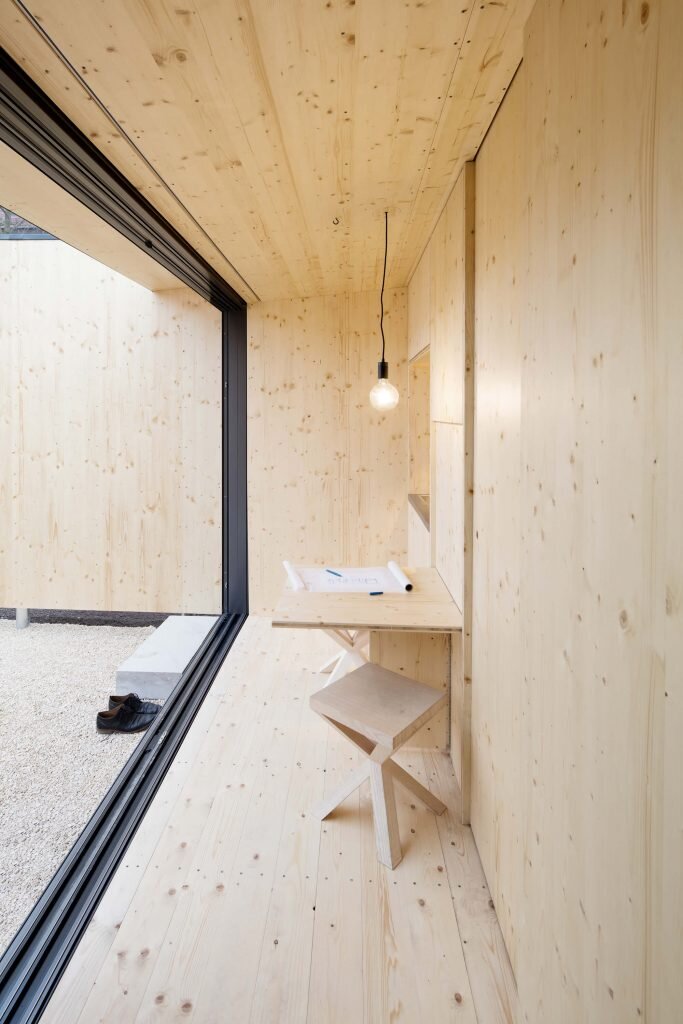 As with all tiny houses, the immediate exterior is vital. Here they’ve created a private garden. The house features sliding doors so it can be opened up to the courtyard. It features a single tree and a fountain. The fountain plays double duty – it’s aesthetically pleasing, but also acts as a sound barrier, helping to drown out or disguise passersby. 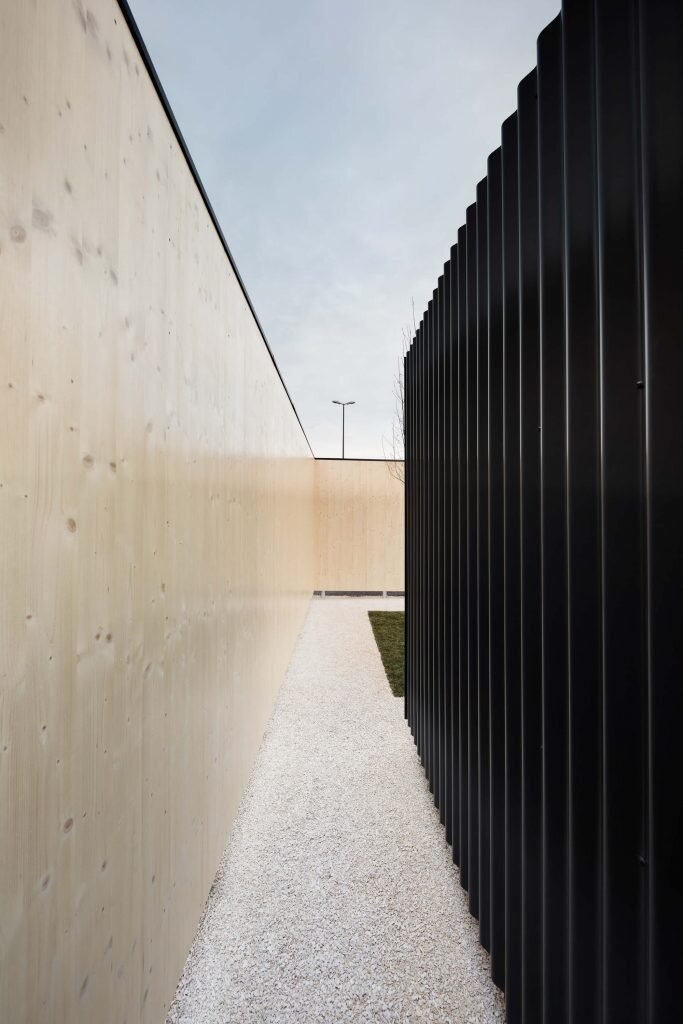 From the designers: “The juxtaposition between inside and outside, open and closed, noise and quiet, privacy and public, enriches the architecture. It thus becomes clear that the Micro Courtyard house is an ideal solution to utilizing minimal space, even the most unusual ones. Despite being situated in a tight and hectic space, one can still escape from the busy world and gaze into the open skies.” 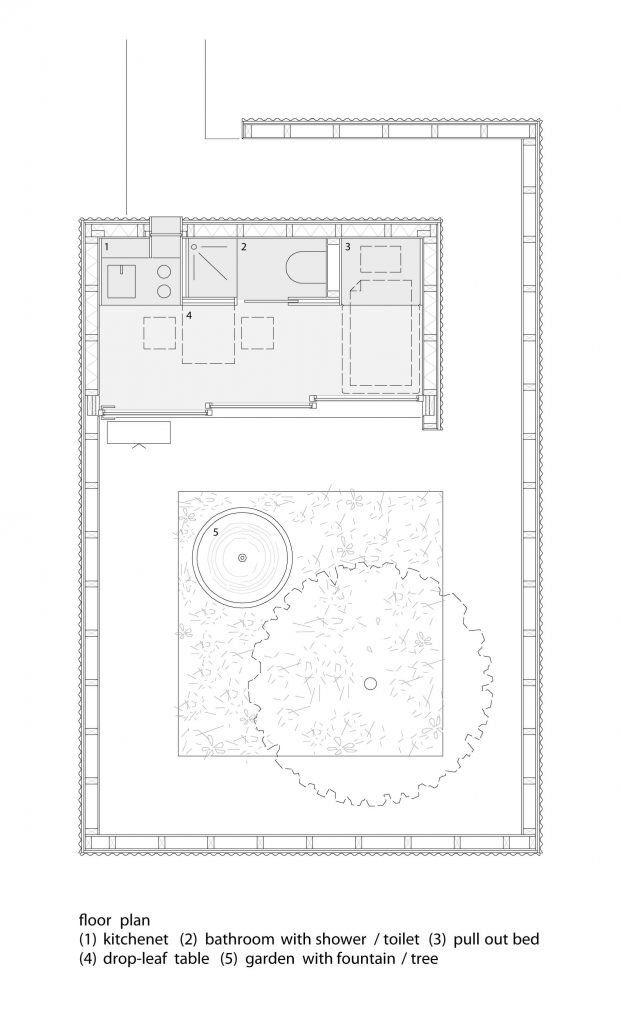 For more tiny houses check out Slim Fit, a tiny house designed to slot into narrow spaces. Or DD16, a 179-square-foot floating home by Bio Architects. See all tiny houses.

Copenhagen Spirit - A Minimalist Apartment in Moscow by Buro5