This house, called “Ma House”, is located on a narrow lot in a dense residential neighborhood of Okazaki, Japan. Houses built on narrow lots are increasingly common in Japan, and we’re even starting to see some western equivalents. The house is designed by Katsutoshi Sasaki + Associates, and they’ve taken full advantage of narrow, long site available to them. 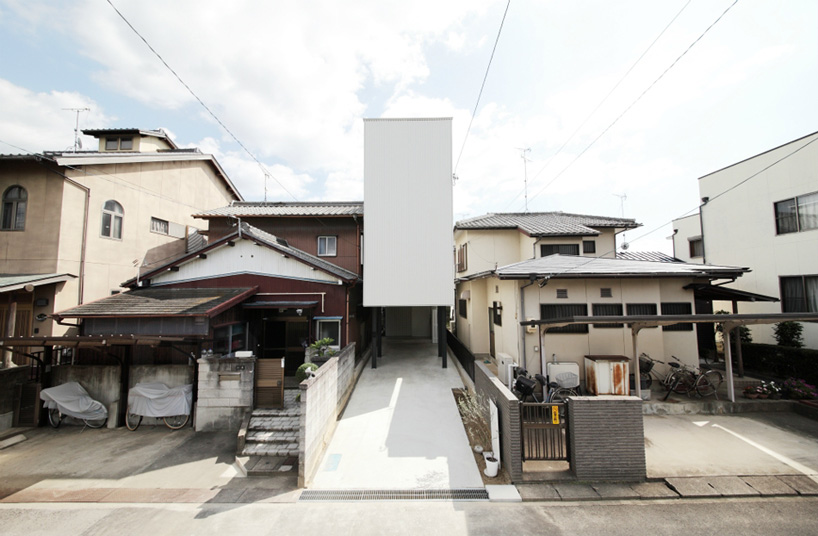 The house is 21 meters in length, by 3 meters (at most) in width. The interior of the home has been split into different volumes, each with a varying ceiling height that is dependent on the rooms function, and the number of people that will generally occupy it. 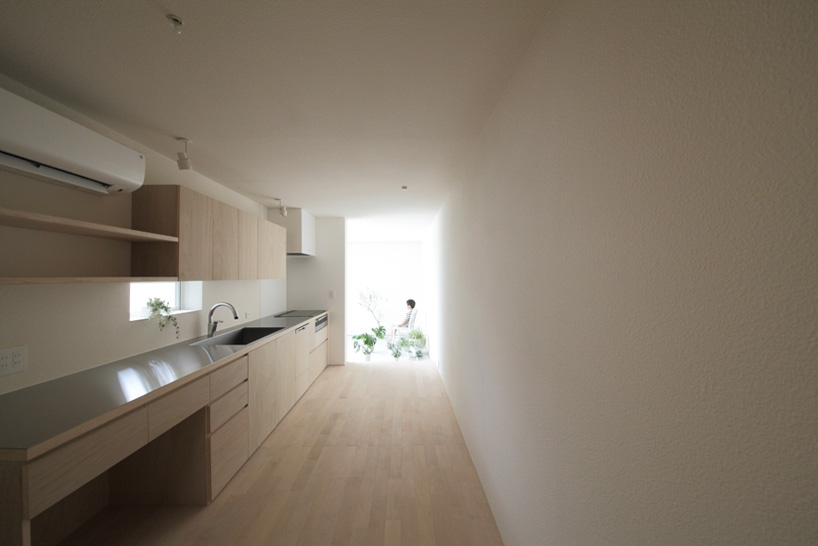 Rooms that are designed for single occupancy contain a limited amount of natural light. This contrasts with the more communal areas, which are both brighter and larger. 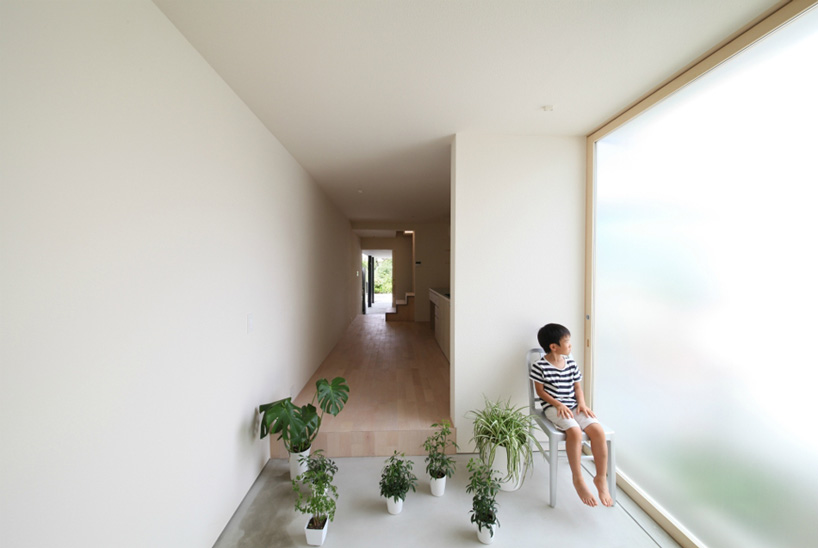 According to Design Boom: “[The] dispersed living quarters result in unrestricted flexible volumes, which can accommodate more than one program. This efficient use of the minimal floor space is evidenced through the scheme’s corridor, which also functions as a study area.” 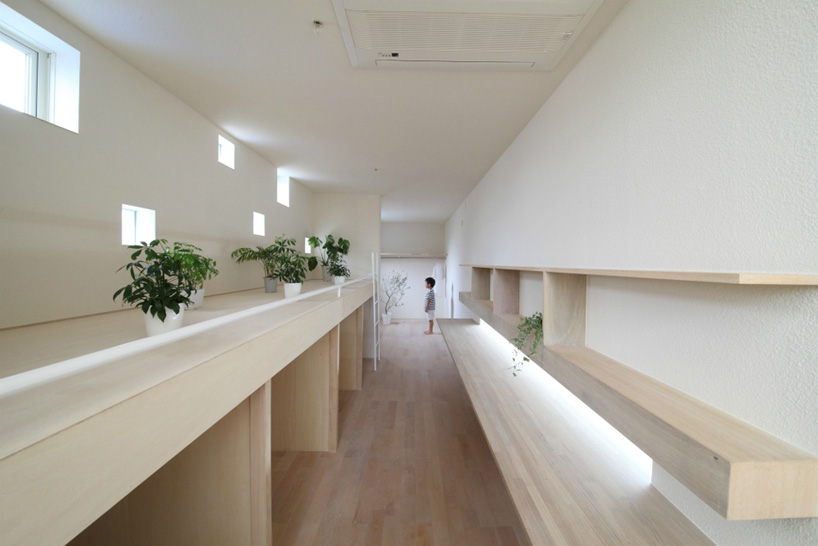 The interior of the house is sparsely decorated and furnished. There is a long galley kitchen, which appears to be quite dark due to the lack of window openings. At the end of the kitchen there is a bright, well lit internal garden that can act as a relaxation space. The window is frosted, providing a degree of privacy for the occupants. Some might argue that a clear window would be a better choice, but it’s not like there’s much of a view – there’s another building only a few feet away. 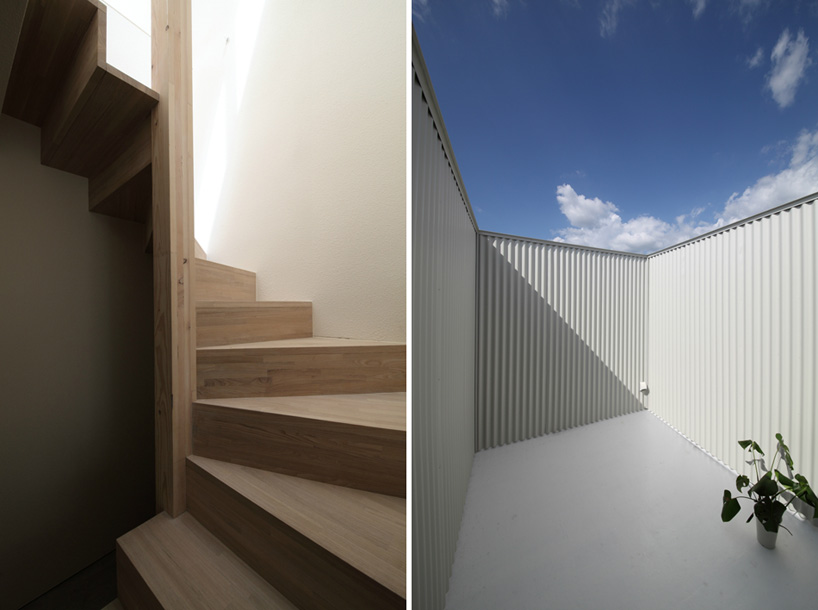 The largest room in the house is the living area, which features a double height space and access to the roof terrace. The roof terrace provides a private exterior sundeck, as well as another space that attempts to connect with the natural environment. 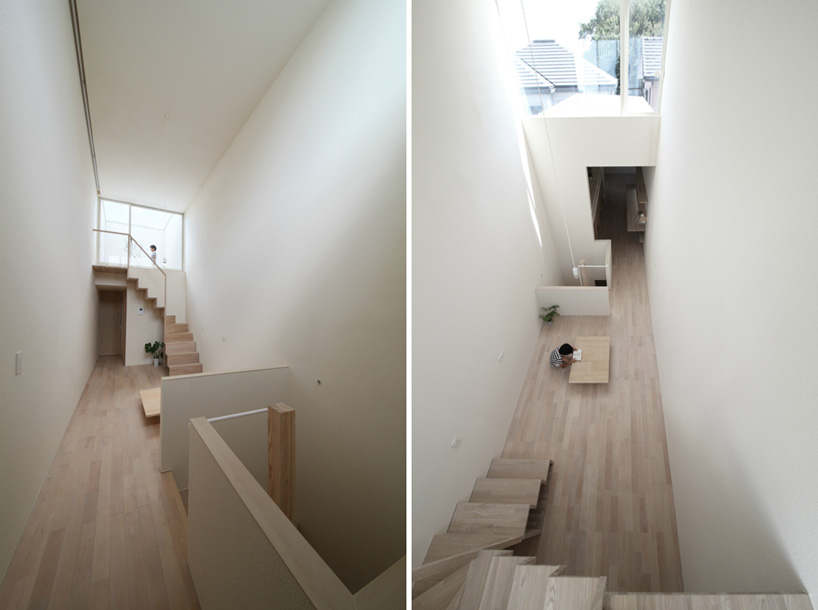 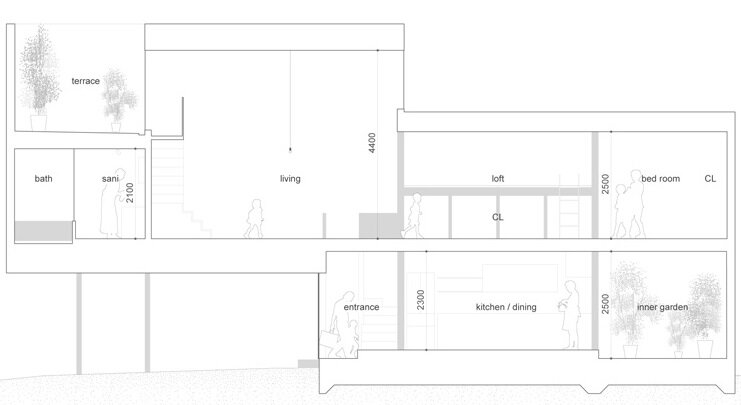 For more Japanese houses check out this Tokyo house that takes advantage of its surroundings through its odd shape, or the Near House, which is nestled snugly between two adjacent buildings. See all Japanese houses.