Designed by the architecture firm, TYIN Tegnestue, this small but beautifully detailed building serves an outpost for viewing Lista, the southernmost part of Norway. The region is currently under the threat of migration, a problem facing many rural areas of Norway. 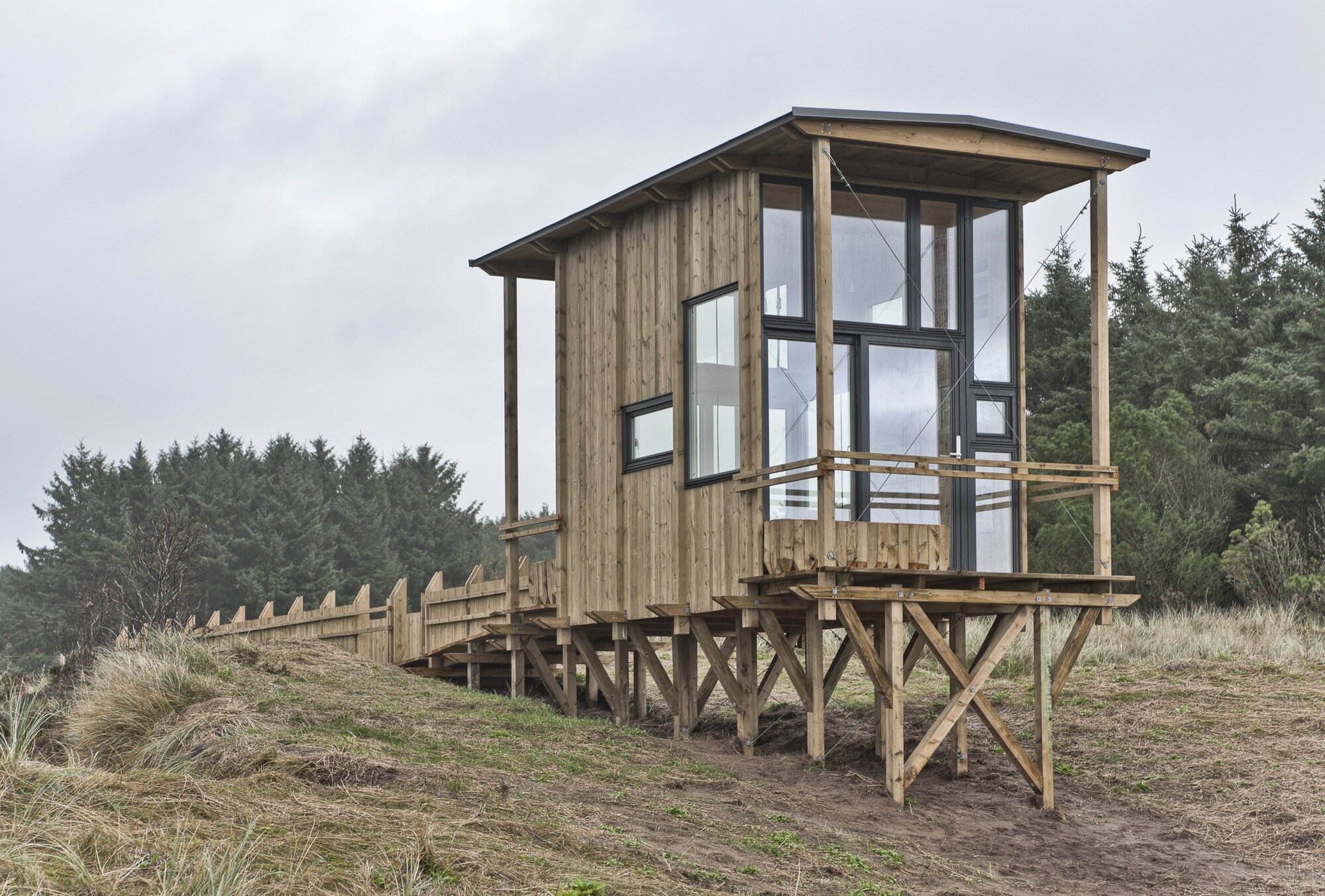 The outpost has been named Lyset Paa Lista, “The Light of Lista”, by the locals and aims to combat the development of migration by showcasing the natural beauty of the landscape, and the local flora and fauna. The project team also hope it will help generate interest in potential investors that may be willing to help preserve the site. 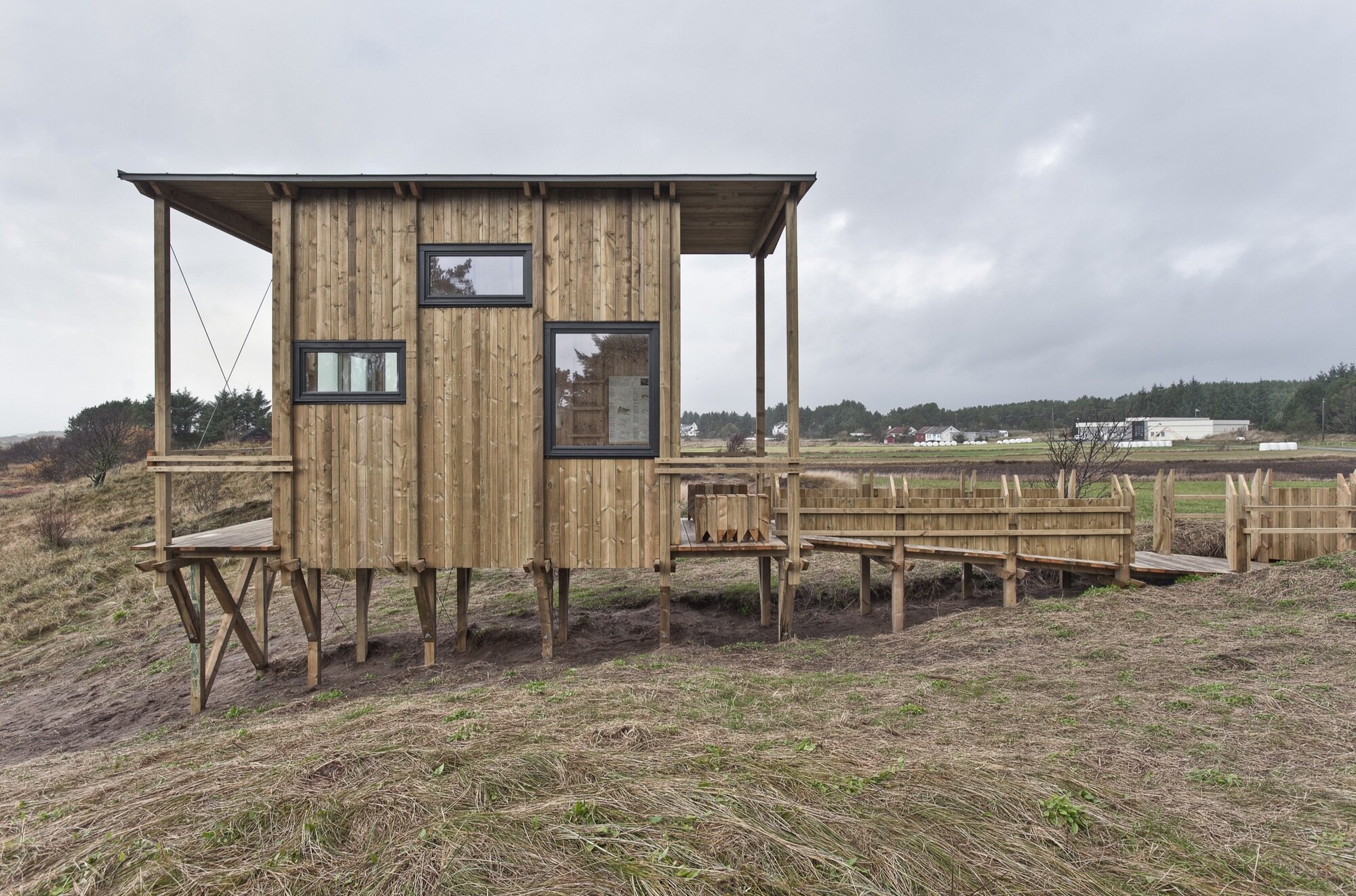 There is no single client in this project, but rather a team of 50 local landowners who grouped together to support the Lyset Paa Lista both in terms of funding and labouring. The team of locals has been led by Solveig Egeland, a woman whose passion and energy helped drive the project to completion. 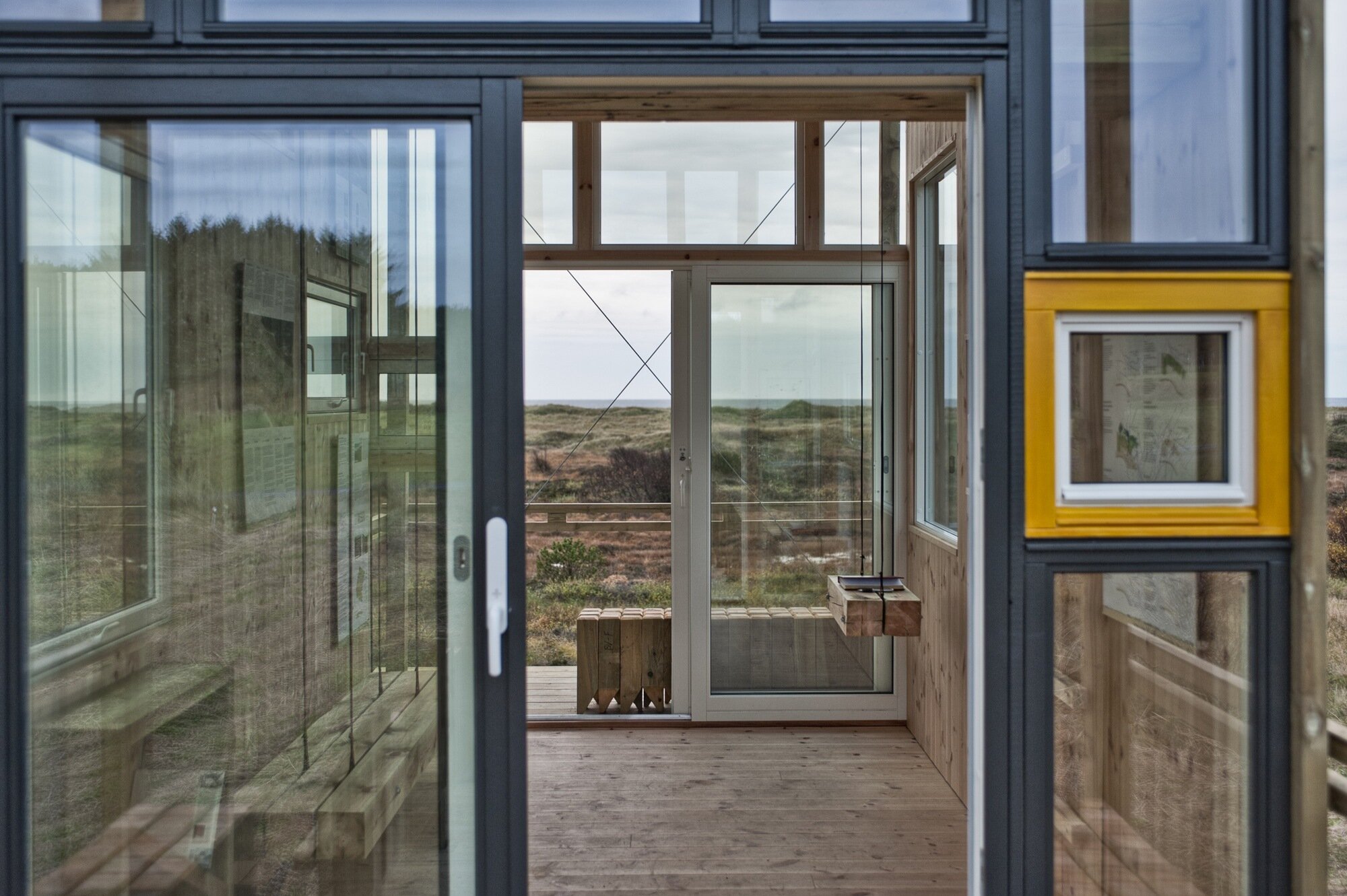 Areas of Lista are at risk of being developed to accommodate increasing numbers of people, which would wipe out the (as of yet) relatively untouched scenery. The group that funded Lyset Paa Lista want to see the area preserved and developed as a local tourist attraction so it can pay its own way, and become self-sustaining. 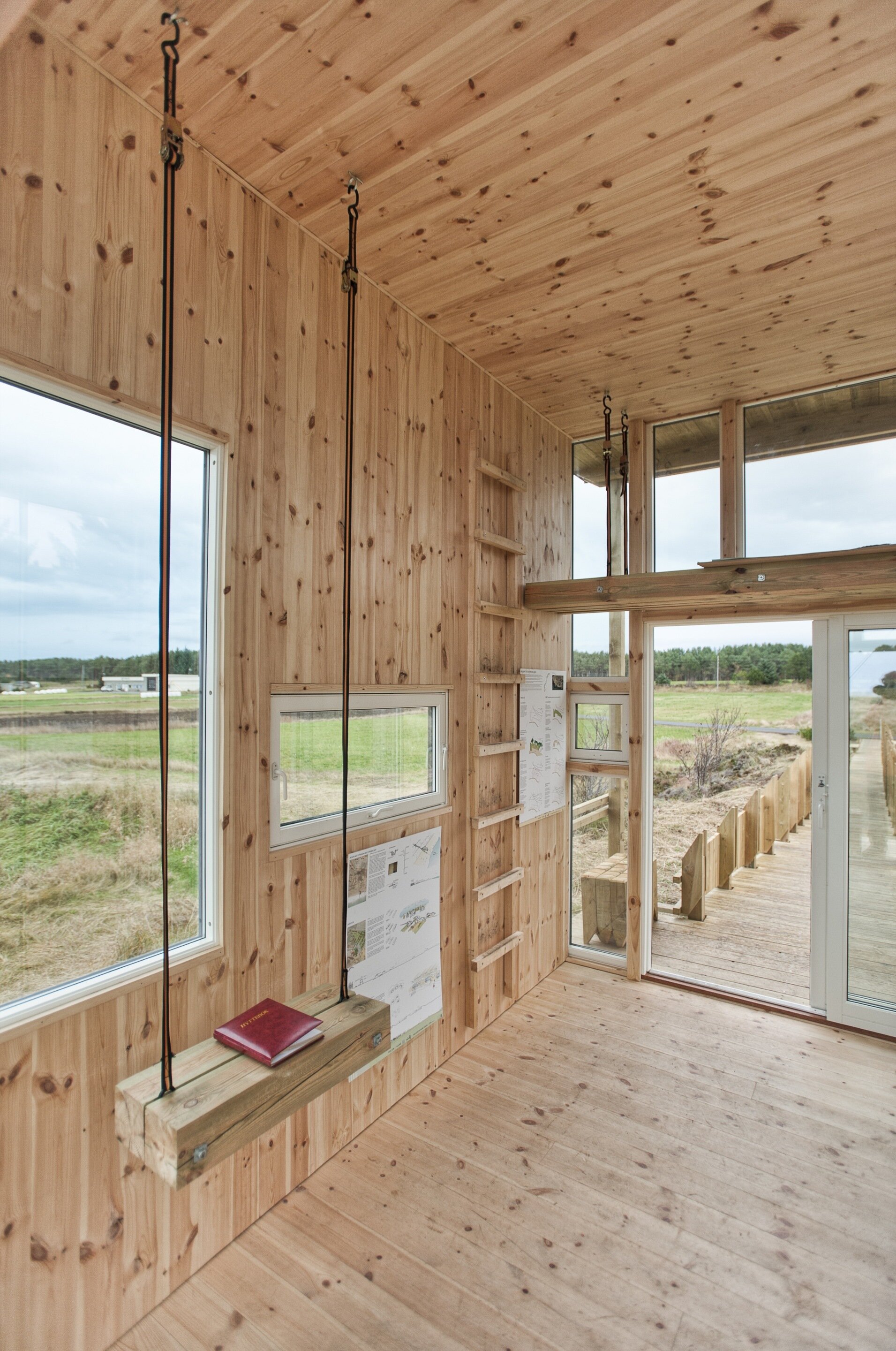 The structure itself was built with the help of locals and architecture students from both Norway and Mexico. According to the architects the project was formed in typical TYIN fashion, the design of the outpost took place in tandem with the building process. Part of this was due to pragmatic factors like the availability of materials and costs. In just three weeks the professionals, students and volunteers managed to complete Lyset Paa Lista. 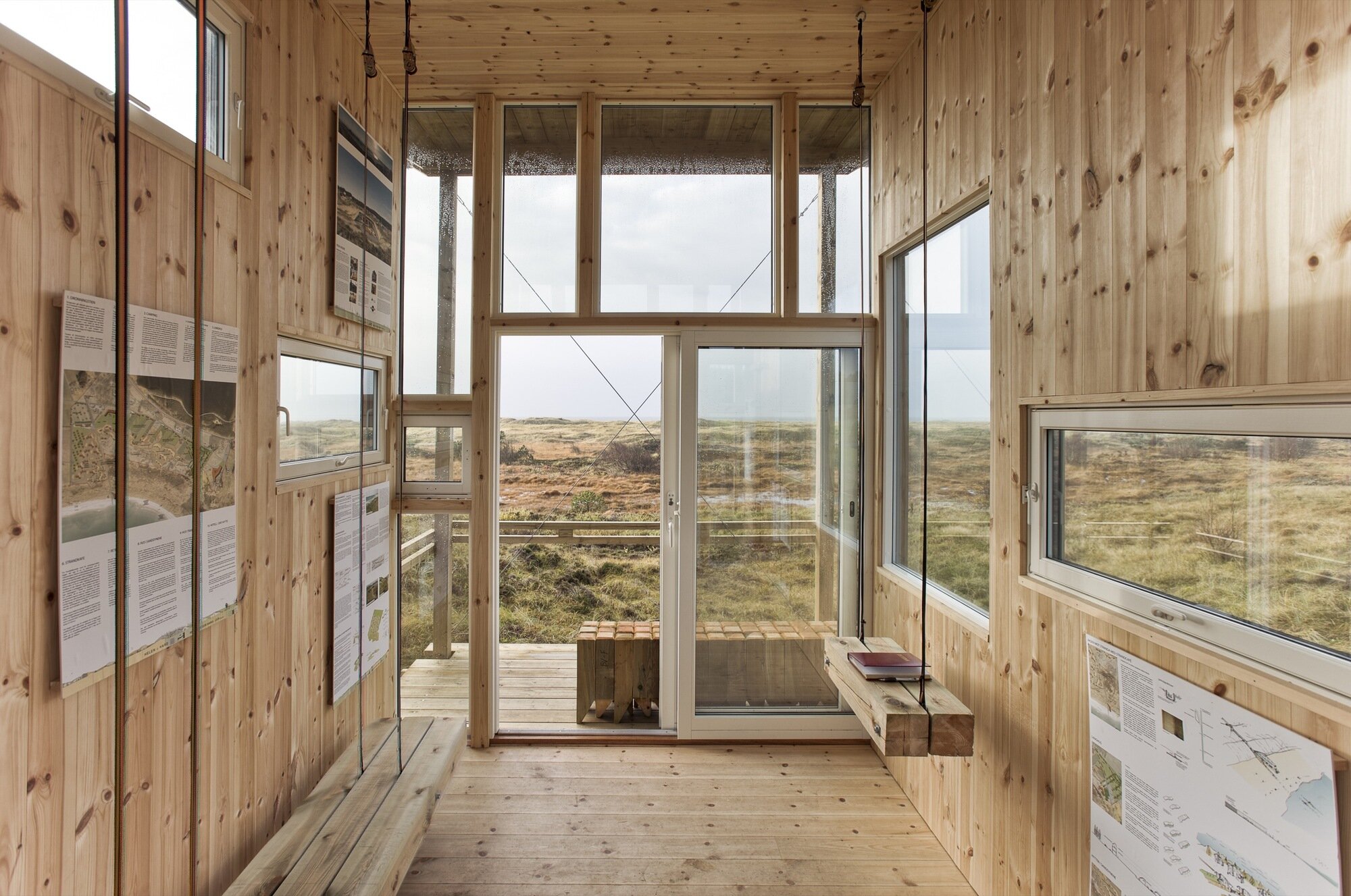 Being made mostly from natural materials, the outpost is sympathetic to its surroundings. A 60 meter (197 square feet) wooden pathway provides access to the building. By raising the cabin off the ground on posts they were able to minimise the disruption to the immediate site. The inside is finished in wood, and is surrounded with an array of different windows provides a wide range of viewpoints. The local government had one stipulation – that any building constructed in the area could be removed and the land returned to its original state.

For more spaces check out the Green Zero Project that combines fun and green design. Or this small AirBnB home that’s been decorated in the Moroccan style. See all spaces.