Today’s post may be a little off topic, but it’s just so awesome it’d be a shame not to share it! This treehouse is the latest addition to the Wandawega campsite. The treehouse has a magical air about it (just look at it when it’s lit up at night!) and was designed and built by friends of the camp owners, David and Tereasa Surratt.

The treehouse is built around an old elm tree, located at the centre of the campsite. David and Tereasa first purchased the campsite, Tereasa’s father, Tom, christened the site by hanging a rope swing from one of the elm’s branches.

Sadly, Tom passed away a year and a half later, and the tree also contracted Dutch Elm’s disease shortly afterwards.

Upon investigation, it was discovered that the branches of the tree were dying but the main trunk was still  healthy and strong. And so, instead of cutting the tree down completely, they trimmed it down to the healthy wood and constructed their treehouse around and on top of the tree.

The height from the floor to the vaulted ceiling is 16′ and it also contains two sleeping lofts – one at the front and one at the back, both of which can be accessed by wooden ladders.

The materials used for the construction and furnishing of the treehouse were either reclaimed/up-cycled, or handmade. 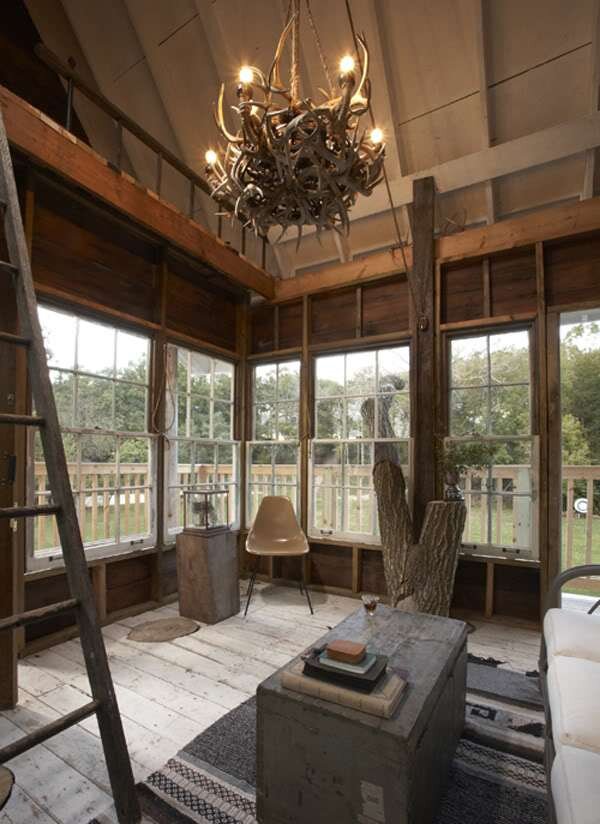 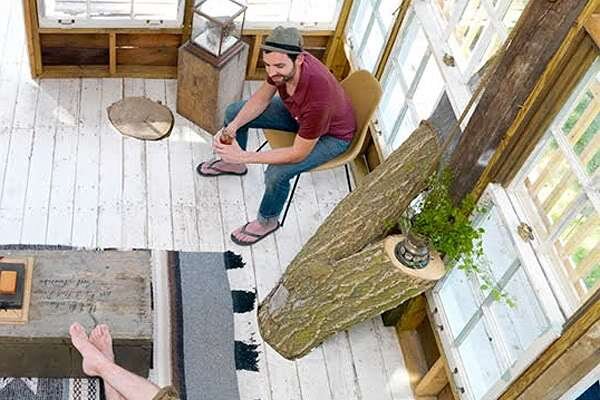 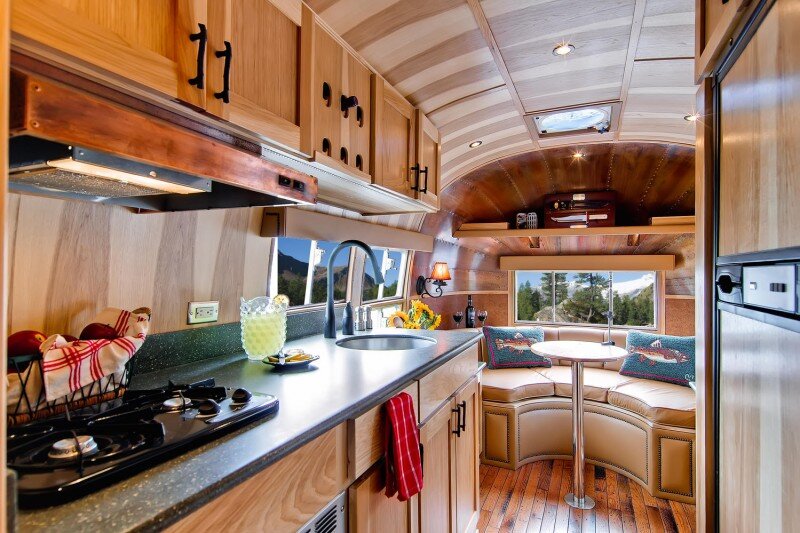 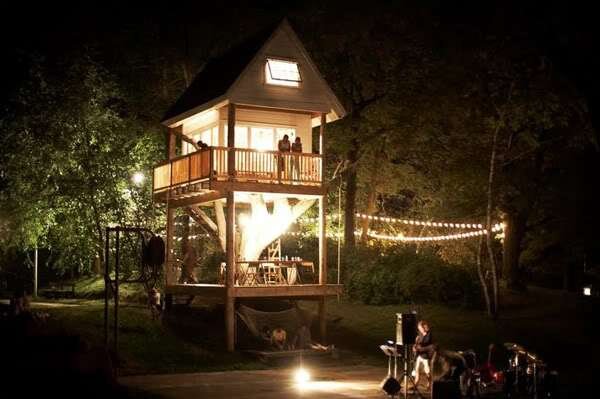 Tereasa and David have named the treehouse, ‘Tom’s Treehouse’. The ropeswing still hangs from the very branch her father tied it to.

Via The Lettered Cottage