This small 700-square foot cabin can be found on Summit Spring Ranch in Idaho. The building was designed by architect Clark Stevens on the behalf of an investment company, Beartooth Capital, which specialises in locating neglected ranch properties, and restoration of structures, waterways and lands. 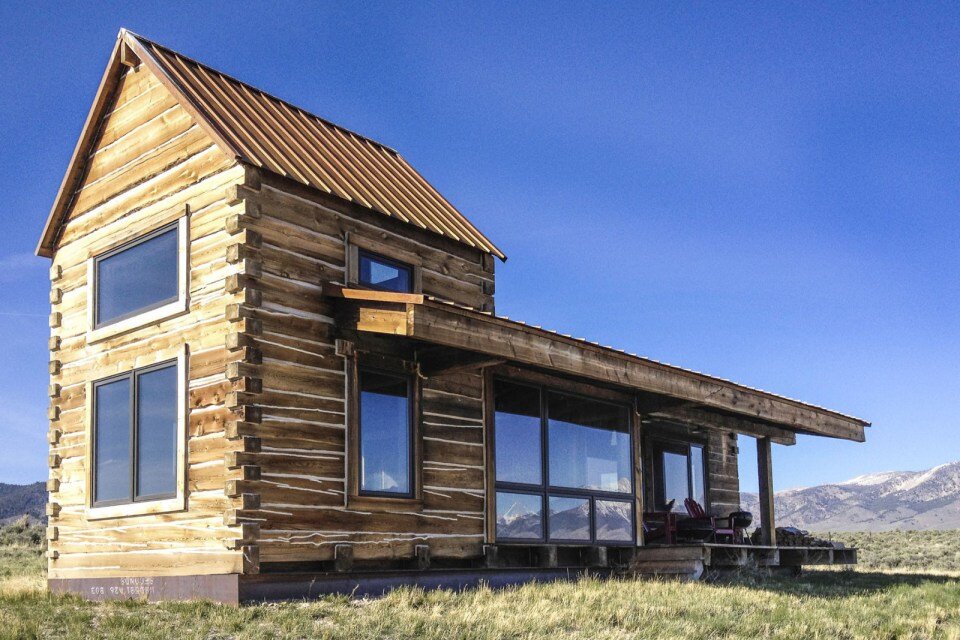 Beartooth Capital often sell their properties with conservation easements, allowing them to restore and protect rare and historical sites. This building has been dubbed the Little Lost Valley Cabin. It originally had no legal road access, which Beartooth addressed by arranging a deal with the Nature Conservancy to add 623 acres with access right of way. In exchange, Beartooth had to set aside 1,960 acres of the site for conservation. 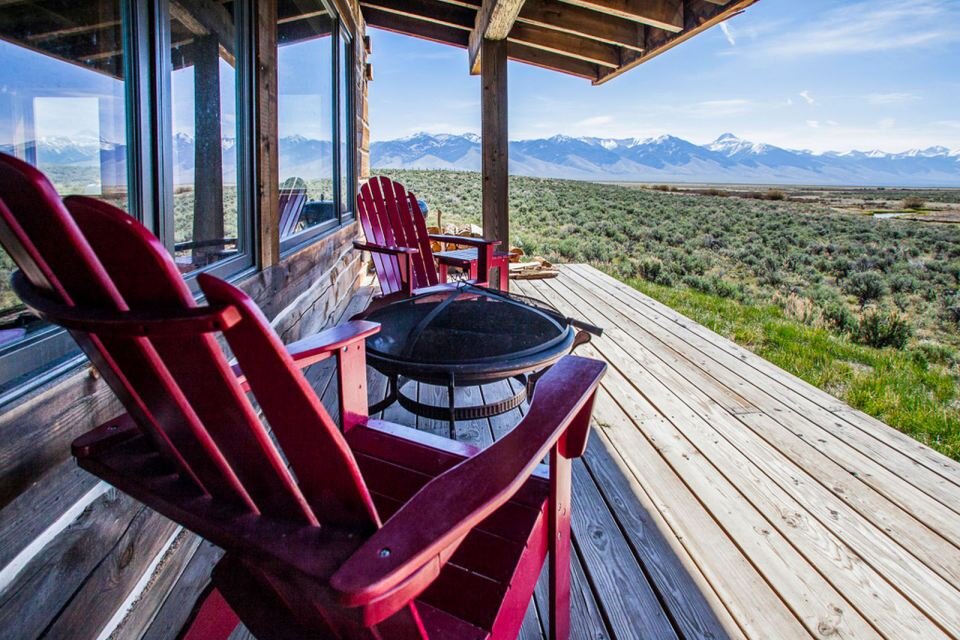 The cabin is off-grid, and features amazing views of the surrounding landscape. To determine the best orientation for the building, Steven and his co-workers created a 3D model which they then placed into Google Earth and adjusted it to find the best viewpoint. 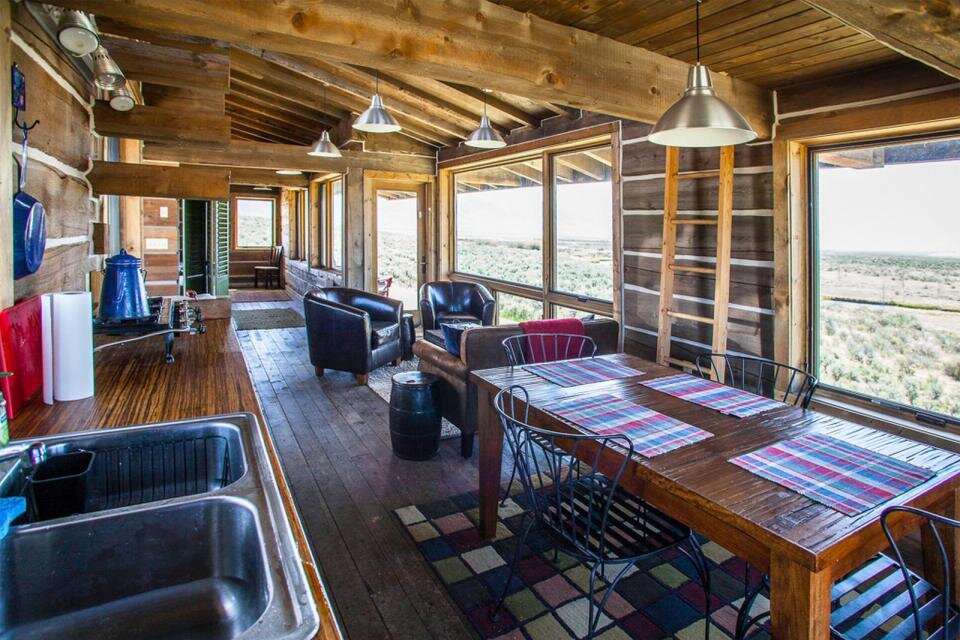 The interior of the cabin is rustic in style. The ground floor is almost completely open plan. There’s a kitchen with a dining area at one end, followed by the living room. After that there’s an open plan bedroom and bathroom that can be separated from the other living areas by a folding screen. By climbing up a small set of ladders you’ll reach a cozy lofted bedroom with stunning views of the mountain range. 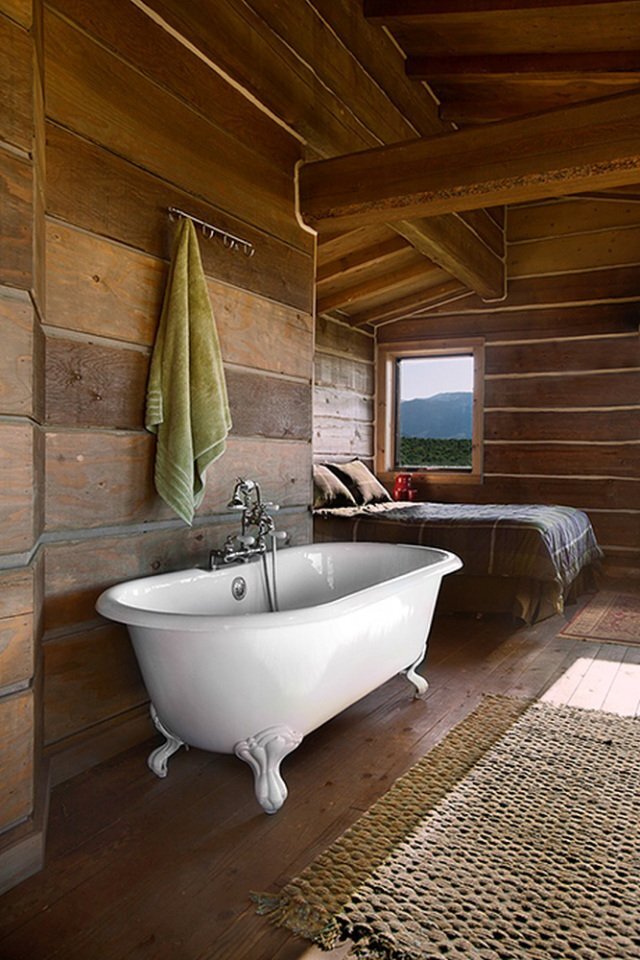 The exposed timber beams, walls and floors help to create a rustic atmosphere. This “rusticity” is offset slightly by the introduction of some modern fixtures and furnishings to create a comfortable living environment. The outside of the cabin contain a 6-foot-wide sheltered deck for relaxing and lounging on. 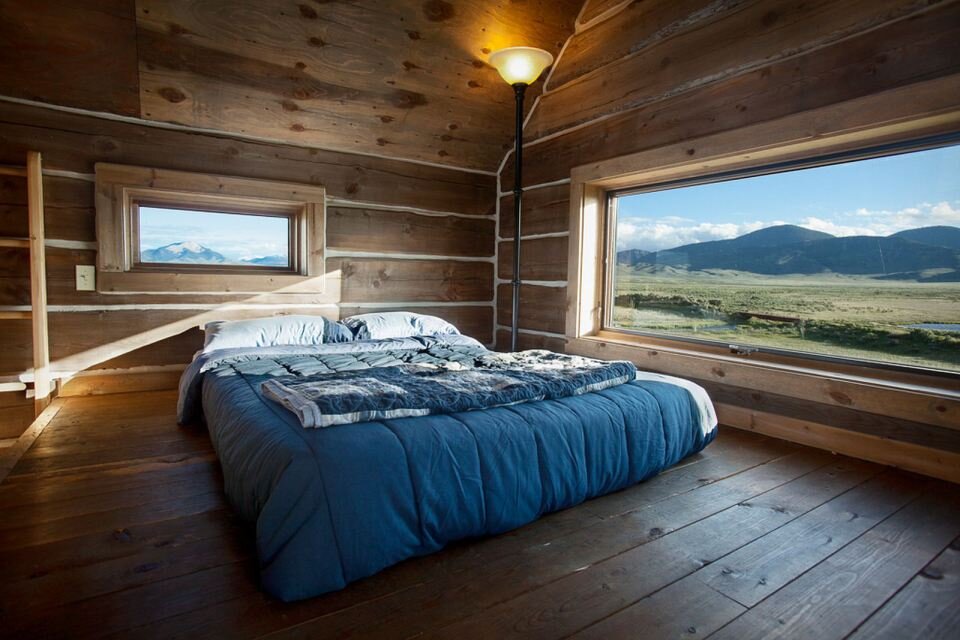 The price of the cabin and its surrounding land (a total of 3,783 acres) comes to $4 million. With the conservation restrictions in place, Beartooth are looking for a type particular buyer – one who is ecologically aware, and has some spare cash. Since their inception in 2005, they’ve purchased 25,000 acres, protected 13,000 of them and restored 37 miles of creeks and rivers. Not a bad approach to development.

For more cabins check out Mason St. Peters reclaimed and recycled tiny forest cabin. Or, this small hikers cabin set on the peak of a mountain in the Julian Alps. See all cabins.

The Hammock House by UZU Architects