The architectural duo, Ben Edwards and Juliet Moore (aka Edwardsmoore Architects), have introduced some rather unusual but brilliant ideas to enhance the daylighting of living spaces. The client of this relatively small home in Melbourne needed more space than their existing home could offer. The solution was to add a second storey to the single storey house. 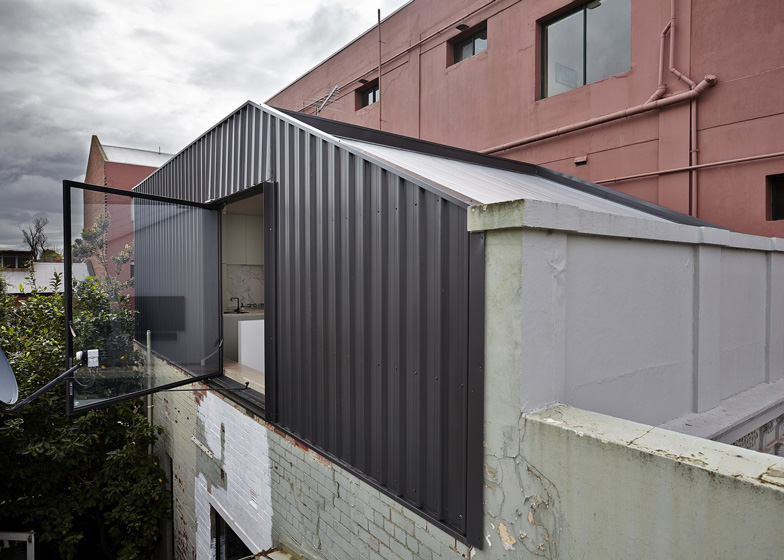 That’s a fairly standard solution to an old problem – extend up rather than out, it’s cheaper. But the next idea proposed by Edwardsmoore was to incorporate materials that would allow light to penetrate from the upper levels of the home to the lower spaces.

Unfortunately the house is flanked by other buildings, limiting options for fenestration. However, it did provide the architects with a ‘window of opportunity’. 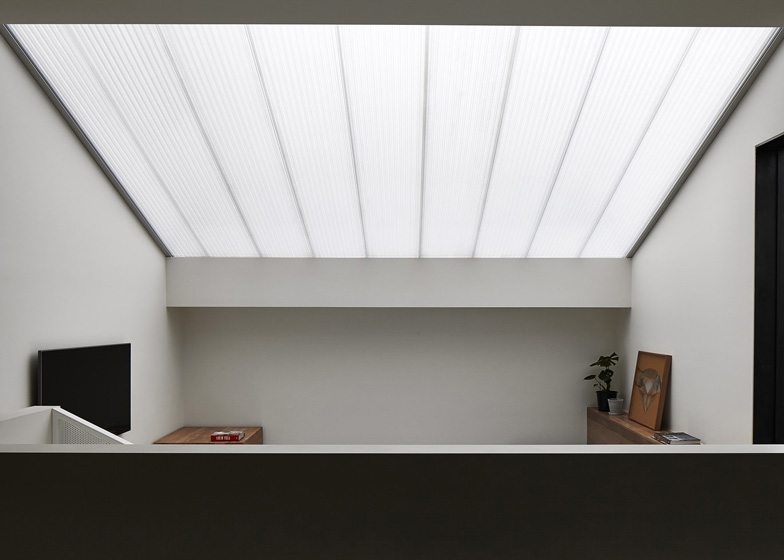 The second storey contains the kitchen, dining and living room. It also features a translucent roof throughout, creating a bright day-lit interior, reducing their dependence on artificial lighting.

To allow the light to pass between the floor levels they used a perforated metal sheeting that acts as the finish floor, and is supported by timber joists. I’ve seen similar ideas being tossed around before, but I think Edwardsmoore’s approach is the most effective. Although, it might be a little cold underfoot.

Any windows they did incorporate, aimed to improve the internal floor plan and it’s use, “the translucent skin floods the spaces with natural light, and strategically placed openings create a central internal landscape.”

All in all it’s a neat space, and features ideas that could be applied to small and tiny houses to improve the natural light, and the perception of space. 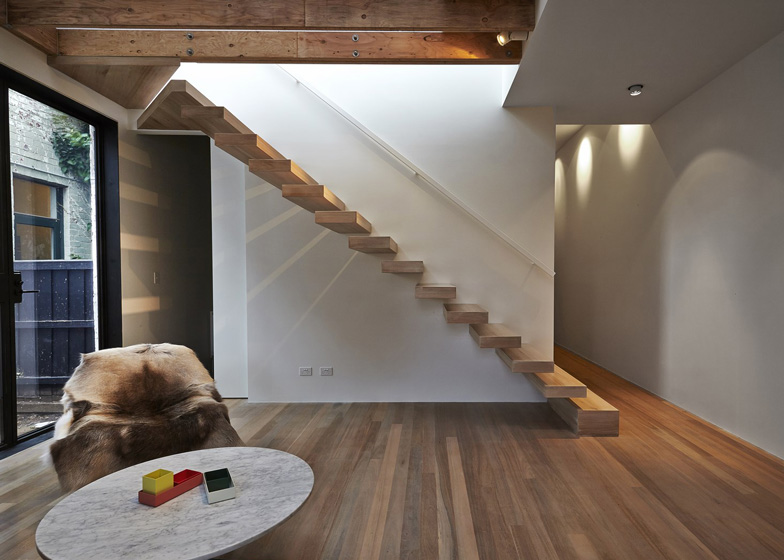 We’ve featured Ben Edwards and Juliet Moore’s work before – back in August of 2013 we shared their redesign of a small cottage. You might also like this Japanese house that incorporates similar ideas for introducing natural lighting.

Hood Canal Boathouse Gets A New Lease Of Life