Works on this apartment in Taipei were completed back in 2017. The overriding theme was light – how to introduce more natural light, and support it with artificial light.

A local firm by the name of LCGA Design were responsible for the project. The result is a clutter free apartment, full of neutral tones and, of course, light. 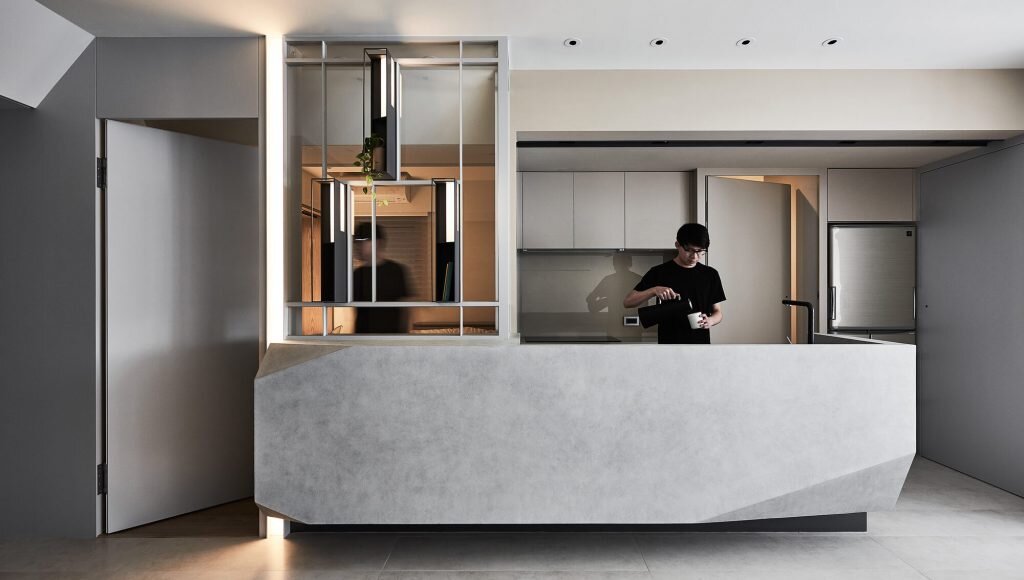 The project has been dubbed Scene House. At 807-square-feet (75-square-meters), Scene House is no small apartment. However, it’s been divided up into a series of smaller rooms and spaces. The property is split into two sections – the public quarters and the private quarters. 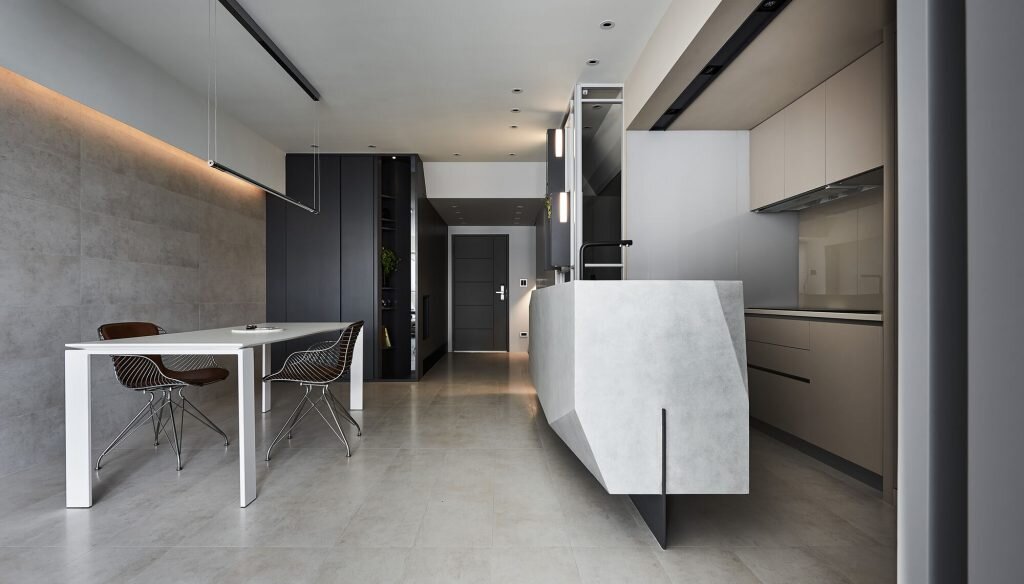 The public quarters are composed of spaces like the kitchen, dining area and living room. In this area it’s largely open plan and runs the full with of the apartment. The private quarters back onto this, and is split up to accommodate the bedrooms, bathroom, laundry area, and a small walk-in closet. 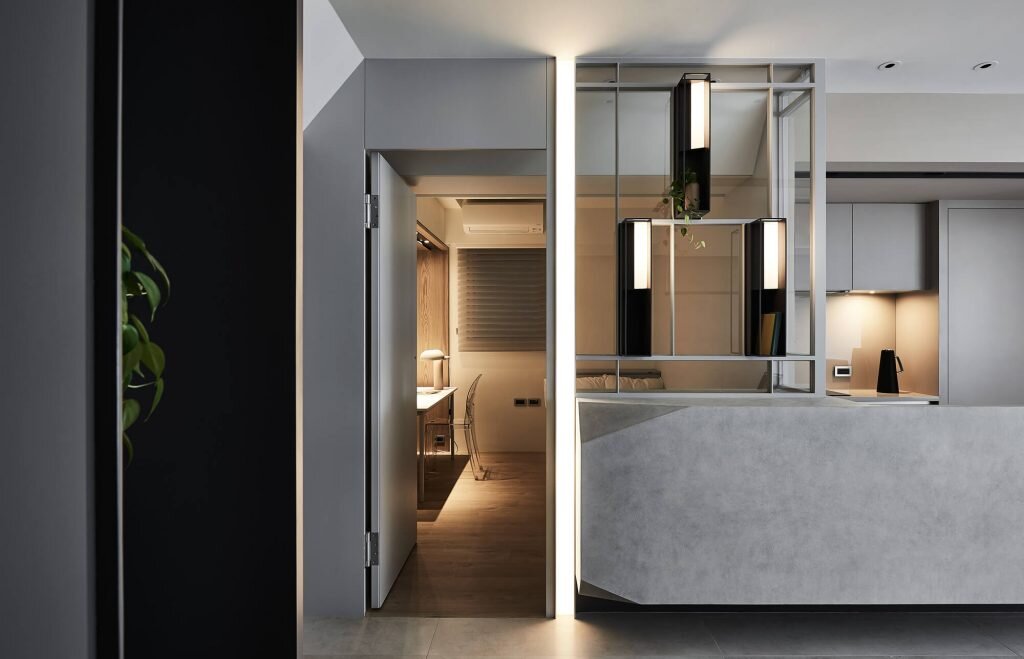 Three main colors are for the finish throughout: black, grey and off-white. Concrete floor tiles and plain rendered walls can be found throughout. This usually leads to a cold, hard atmosphere, but here they’ve managed to soften it a bit through the use of light. The end-result is a perhaps best described as calming, or tranquil. 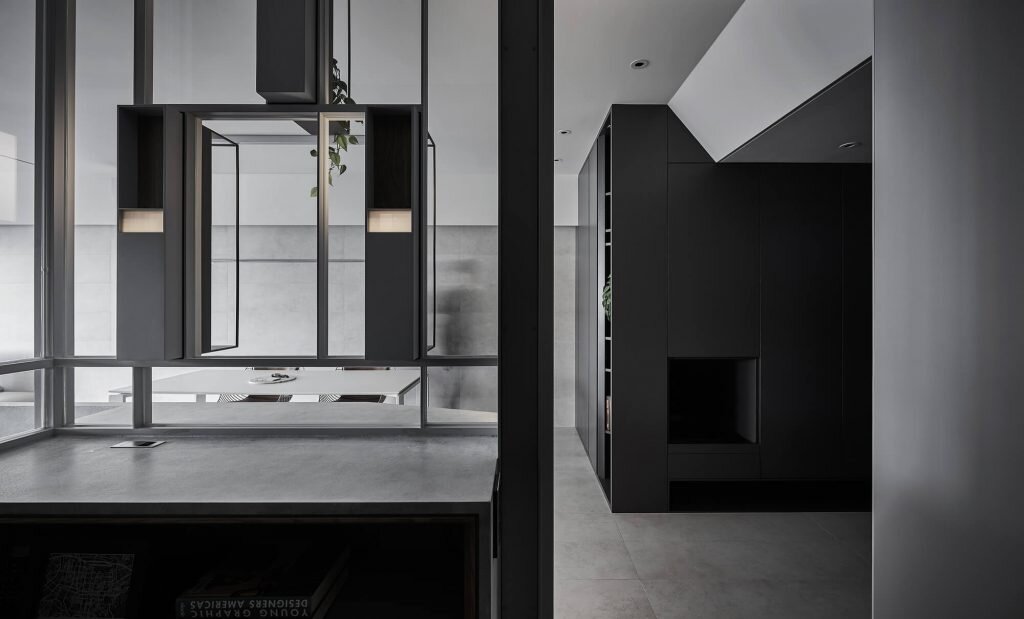 The designers set out to produce a neutral home in which light played a central role. It seems to me they’ve been successful in this respect. A sense of drama is created through “angles”, where beams of light, or areas of shadow, are produced: “We applied the concept of angle to many details to make the various look by lights when they project on different angles.” 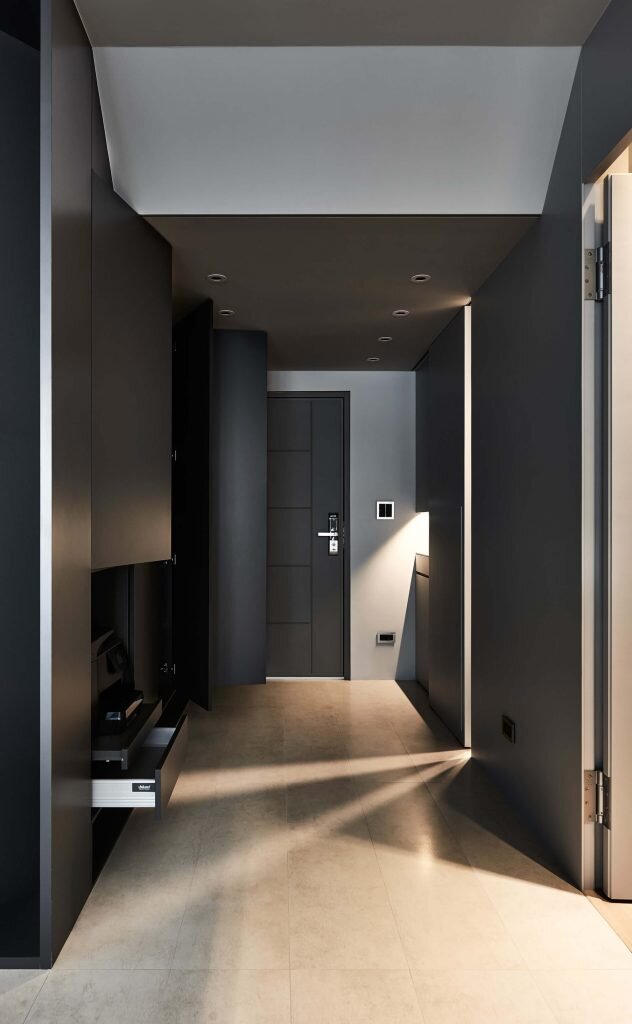 These “various looks”, become scenes within the apartment (hence the name). It also has a few space-saving ideas too, the main one being that the living room can be separated from the rest of the living space to create a private guest room.

For more apartments, check out Duplex in Tibbaut, which sees two apartments combined into a single unit. Or, Garu Apartment that gets transformed from compartmentalized space to an open plan haven. See all apartments.