La Luge is a winter retreat that can accommodate six people within its relatively small, but well designed and finished quarters. Hidden amongst the trees of a forest in Quebec, the winter cabin has been designed as a holiday home by YH2 Architects on the behalf of a family. 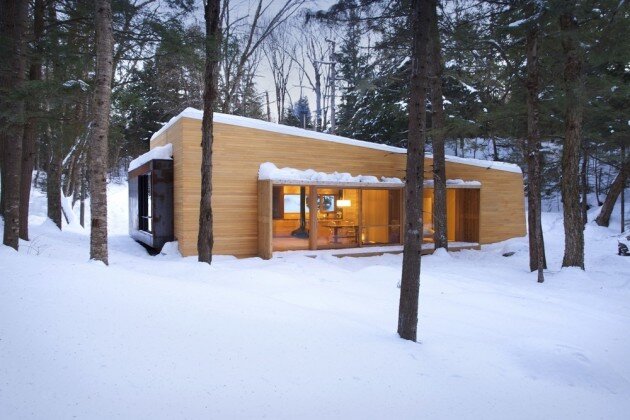 The interior of the cabin is mostly open plan but it does contain sliding doors that can be used to close off living spaces for extra privacy. Like most luxury retreats nowadays, La Luge features its very own exterior spa and a glass-walled sauna that looks out onto the surrounding landscape. 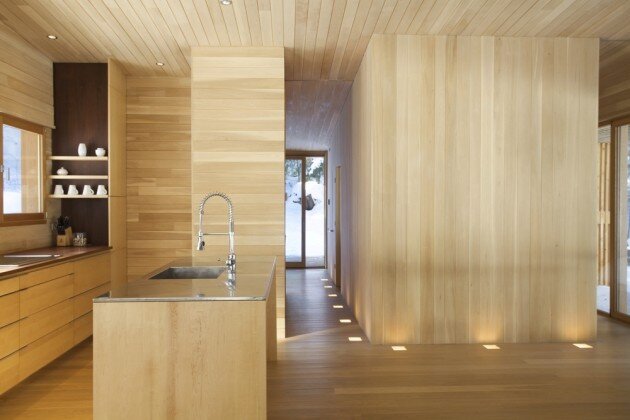 The house is made up of two volumes – light and dark. The light volume features woods of cedar, oak and walnut and can be found on both the interior and the exterior. The light section of the home contains the large floor-to-ceiling windows, helping it to feel bright and airy. The dark volume consists of rich dark woods and is found predominantly in the children’s bedroom. 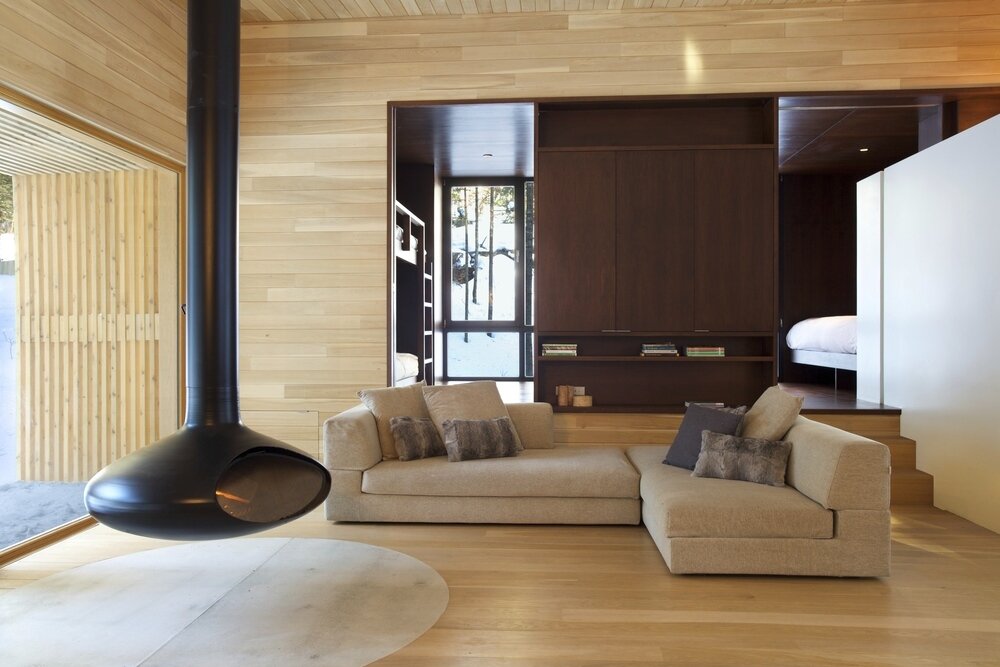 All told, the cabin contains 10 differently living spaces, including a kitchen and dining area, living, master bedroom, guest bedroom, children’s bedroom, two bathrooms, a sauna and an exterior spa. The children’s bedroom is the homes most flexible living space. With its bunk-beds, it serves as the children’s sleeping quarters, but also acts as a play space and features an extra bed that can accommodate guests (or a larger family). 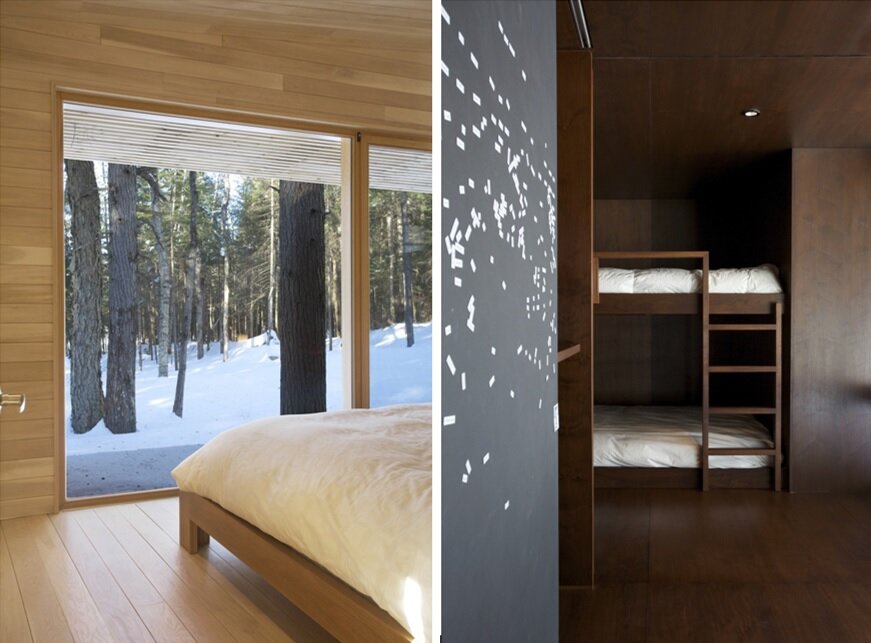 The glass walls seen on the cabin’s ends can be opened up to the deck areas, extending the living space to the outside environment. La Luge is a luxurious, relaxing getaway on a relatively small footprint (about 500 square feet) and is available for renting during the summer months. 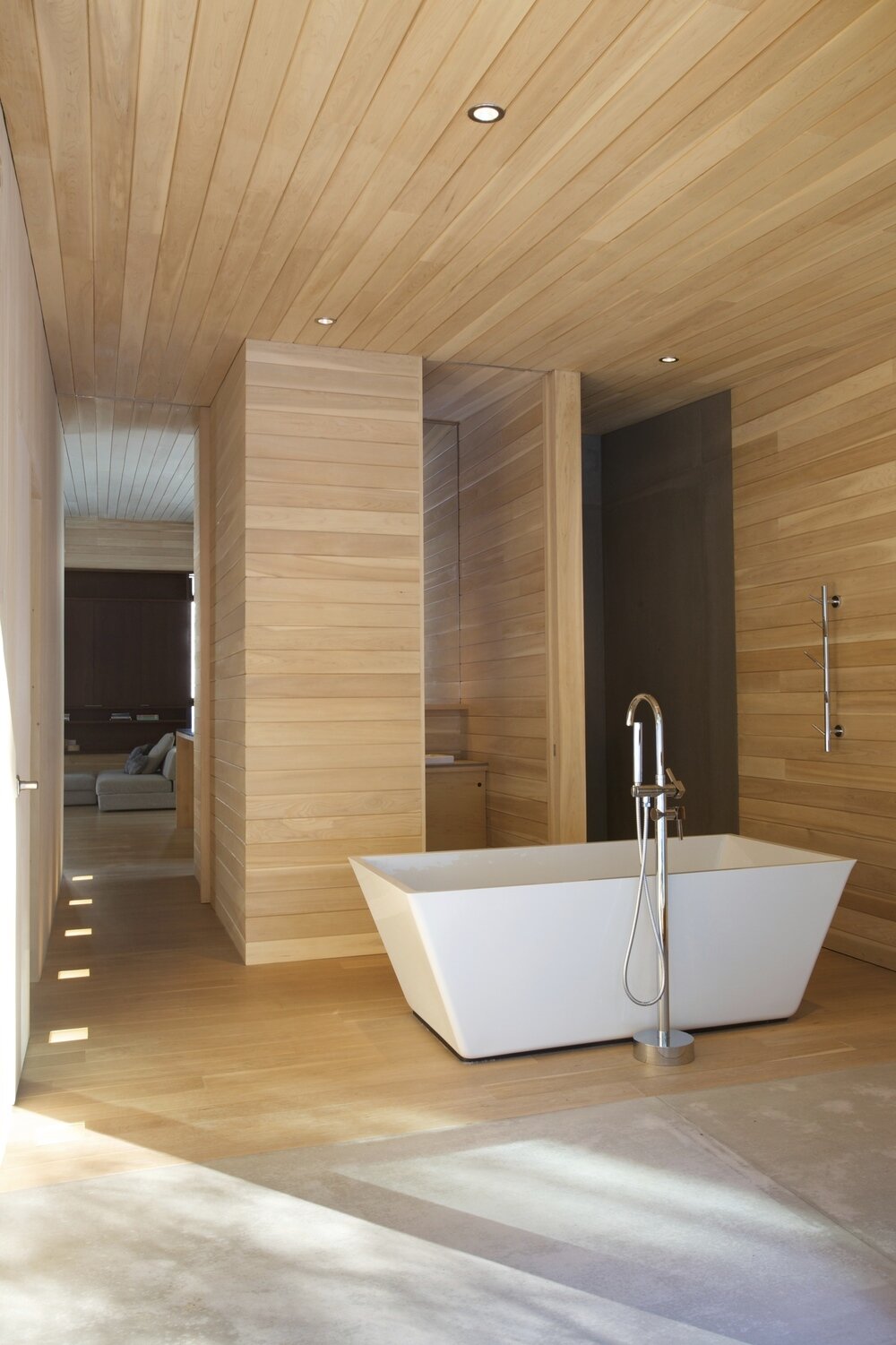 For more cabins check out this small wood-clad mountain cabin set in San Vigilio di Marebbe in Italy and designed by MC2 Architekten. Or the compact Tye River Cabin in Skykomish, Washington, which can open up to the exterior. See all cabins. 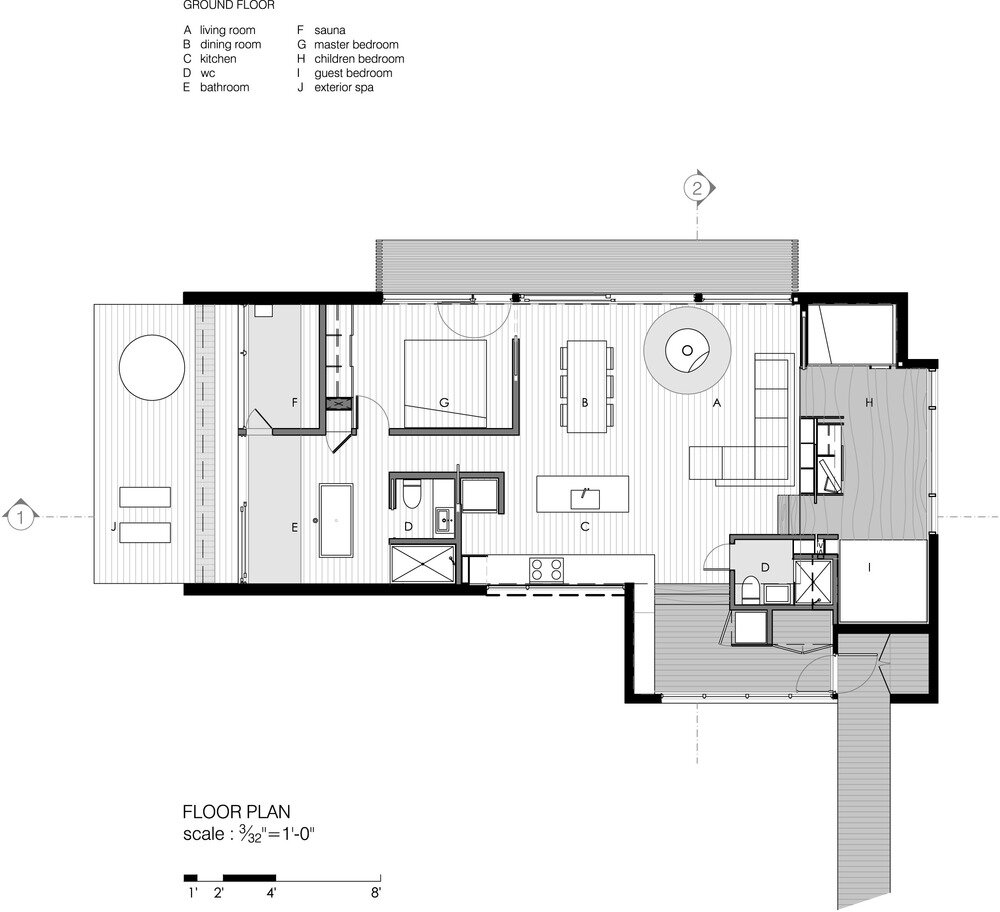 A Summerhouse Built On A Budget by Rosario Talevi

Small Cabin Built on the Peak of The Julian Alps