On small sites often the only way to maximise on the space available to you is to build up. The KLM House by Project.DWG ~ Architecture does just that. Elevated from ground level, the house is built on a 55 square meter (592 square feet) lot. Set in city of Enschede, Netherlands the KLM House was completed in 2010. 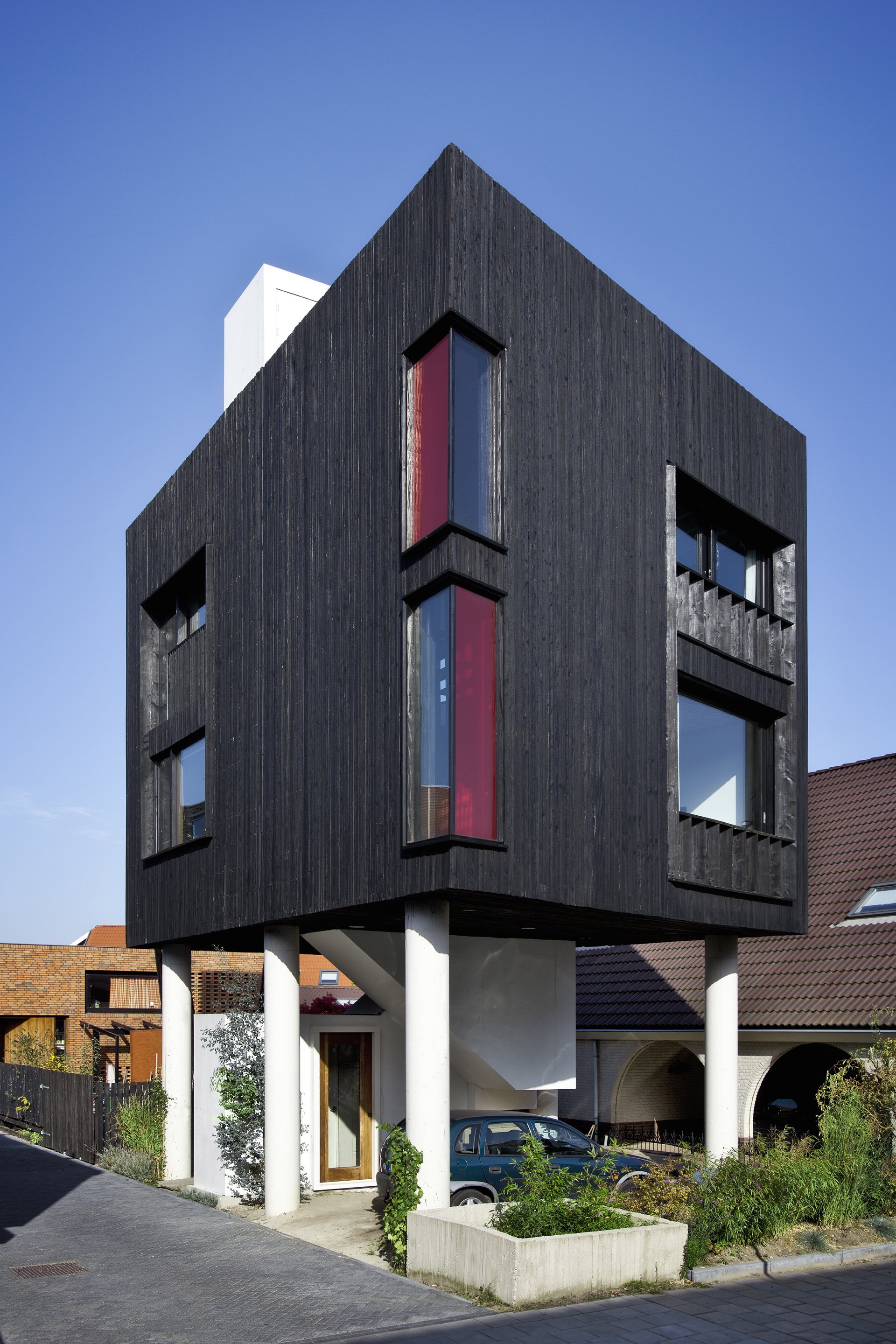 The ground floor of KLM House serves as a sheltered parking area for the owner’s car. You’ll also find an enclosed entrance with a staircase that leads up to the main body of the house. There entire structure appears to be supported by five concrete columns, and although there isn’t much space to spare, they’ve managed to include some greenery. 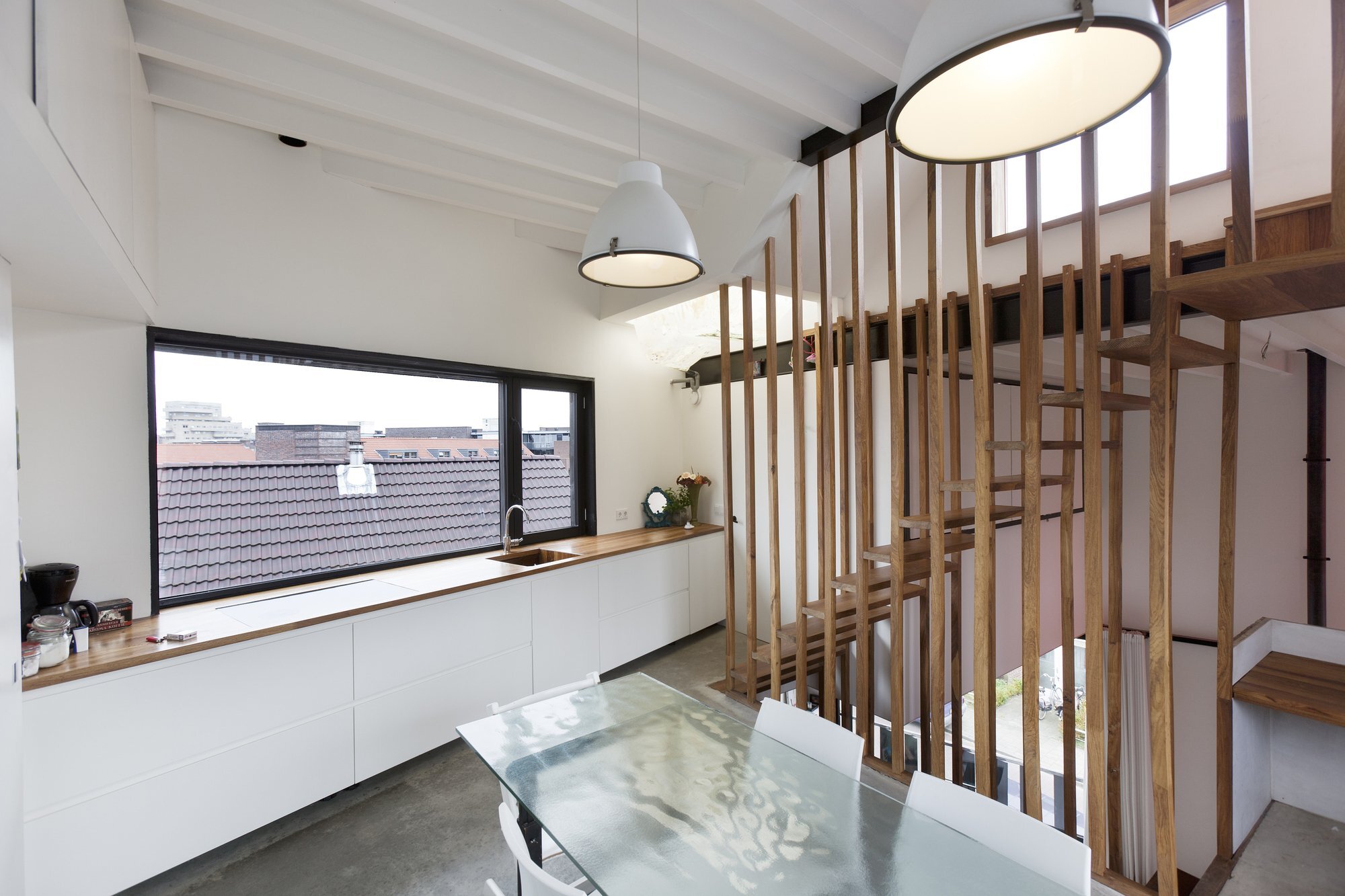 The first floor of the house is divided into two main areas. On the right you’ll find a bedroom with a large closet, and a bathroom. To the left there’s a bright and open studio that sports a wood-burning stove. Interestingly, the bathroom/closet is accessed by a door that blends in with the wall finish, acting like a secret door. 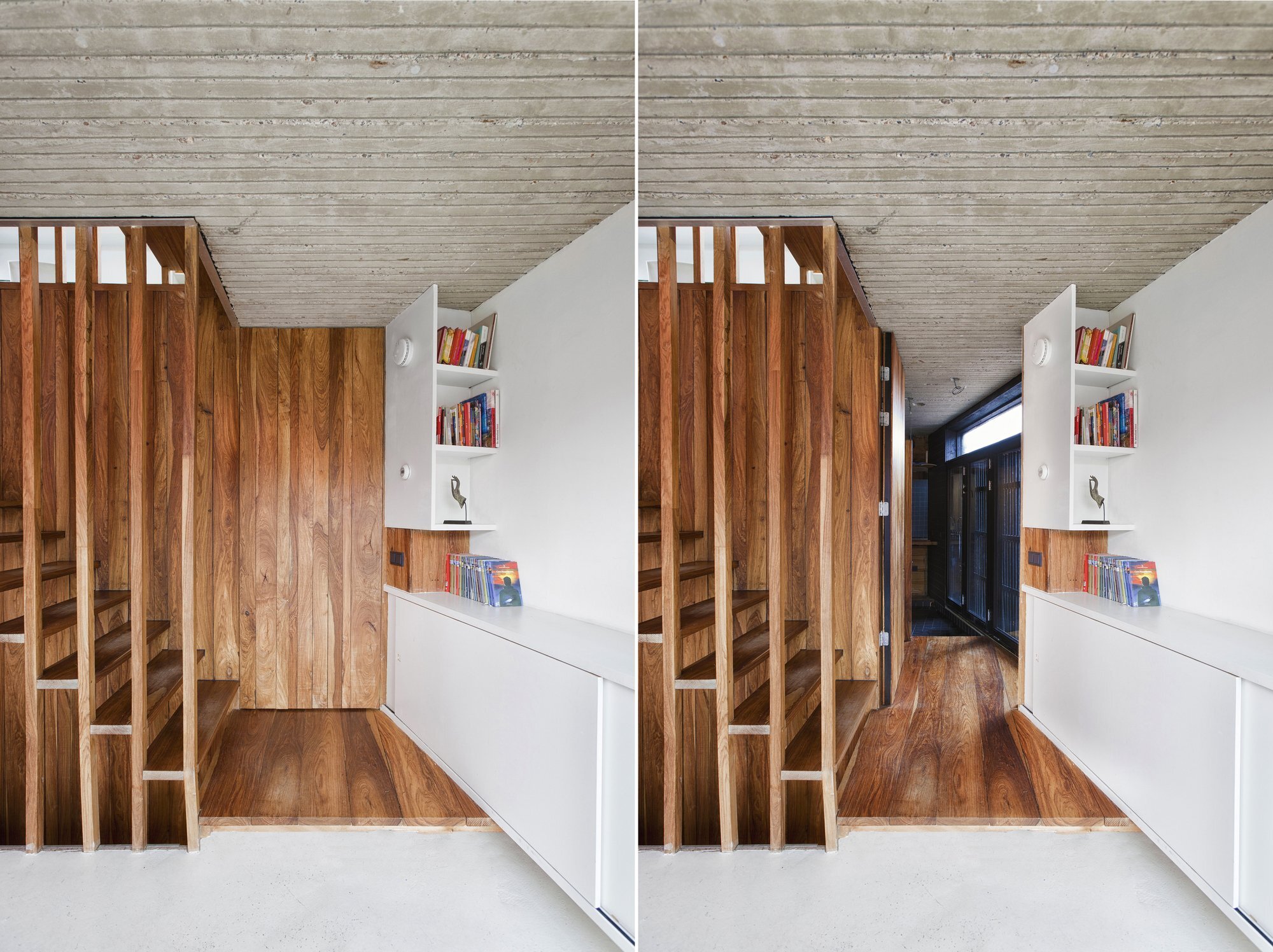 The next level of the house contains a kitchen and dining area. There’s also a small workstation with a computer that overlooks the studio below. The staircase contains an open-frame structure as opposed to solid walls, allowing natural light and ventilation to pass between the two floors of the house, while also providing views for the occupants. 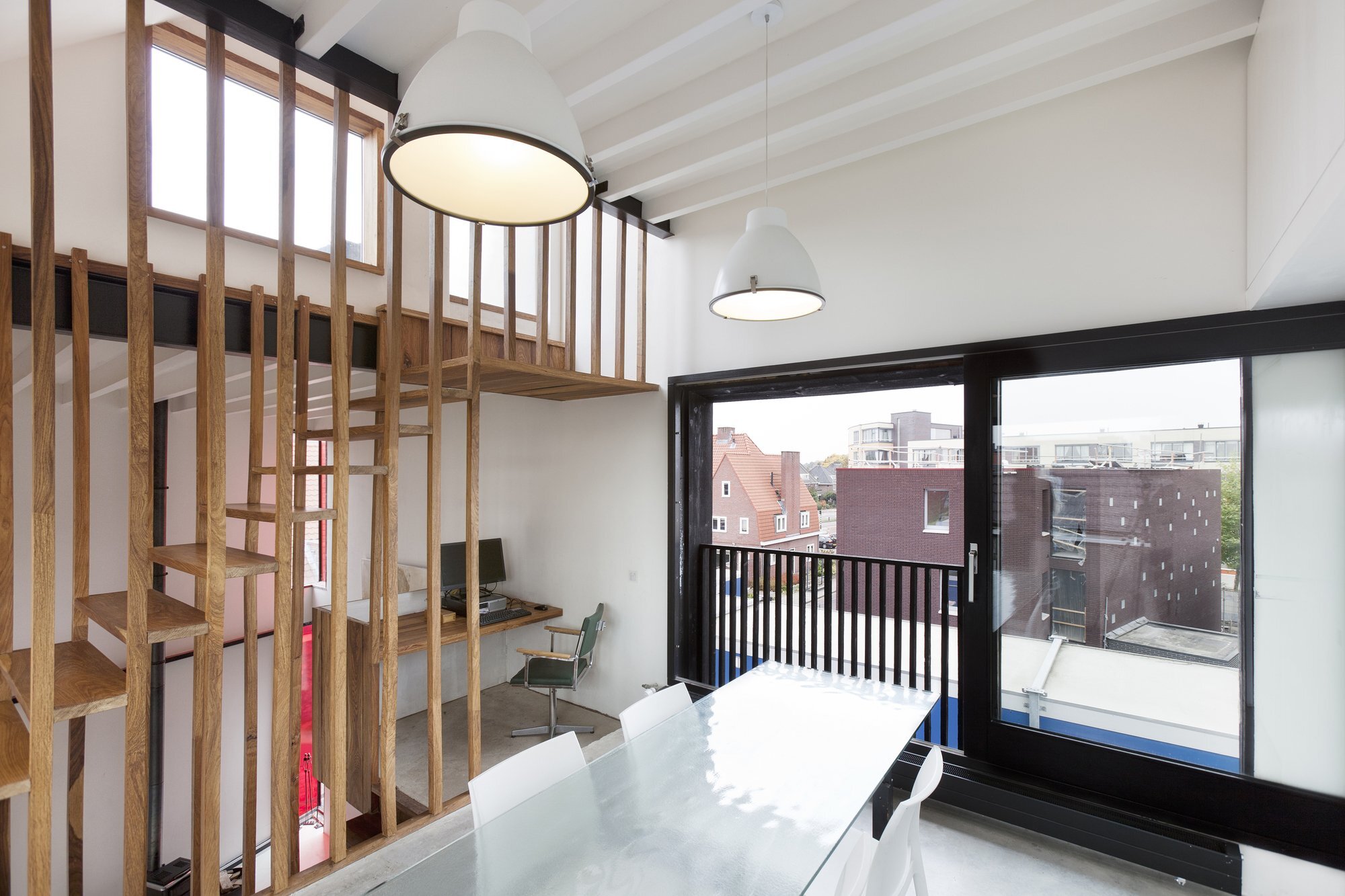 The final level of the house is the roof deck, which feature 360-degree views of the city of Enschede. Unlike the exterior, the interior has been finished in a mostly white palette, broken up by wooden elements such as the staircase, or the floor.

The architects state that the decision to raise the house off of the ground level was due to concerns over privacy. It also has the effect of providing the occupants with better views of the surrounding city, a feature which they fully take advantage of with their numerous floor-to-ceiling windows.

For more small houses check out The Fincube, a hi-tech home with a footprint of just 500 square feet. Or the Soleta ZeroEnergy One House, a tiny “smart house” with a number of sustainable technologies. See all small houses.

The Stealth Cabin Blends with the Environment