This tiny vintage caravan has been retrofitted as part of a project called KantoorKaravaan. The project has been set up by the Tipping Point Foundation in The Netherlands, and aims to create unusual and mobile work spaces that are set in the middle of a forest. 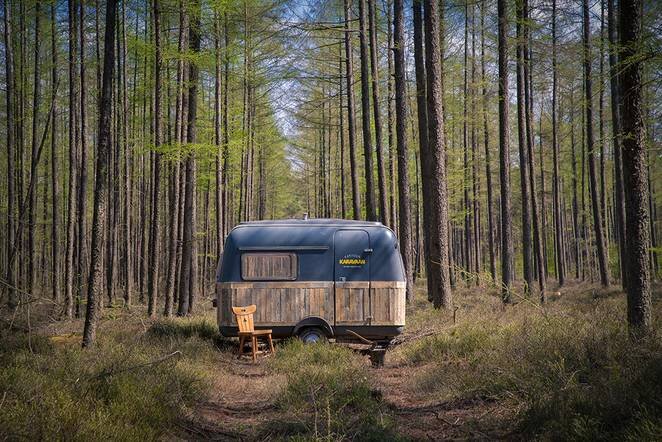 The project contains several micro-caravans along with a number of food carts and tents, each of which is designed to cater as an office space. KantoorKaravan, which translates as “office caravan”, features Wi-Fi access, a solar powered charging point, a composting toilet, and a coffee machine. 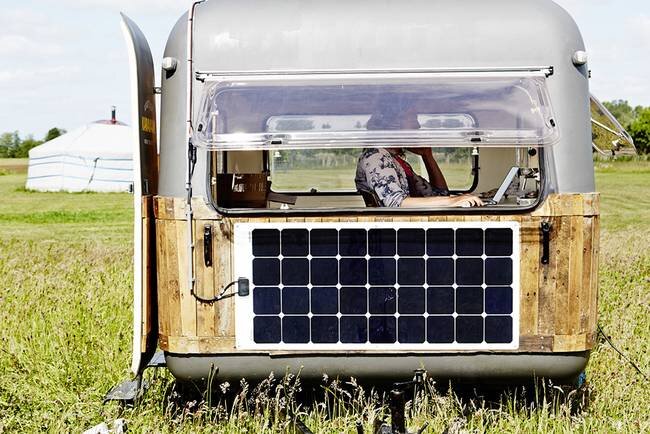 The site is to be operated as a desk sharing service, allowing people to rent the units. The owners seem pretty relaxed about paying for the service; if you’re short on cash they’ll happily accept help with fixing up the caravans, or maintaining the surrounding land as a form of payment. 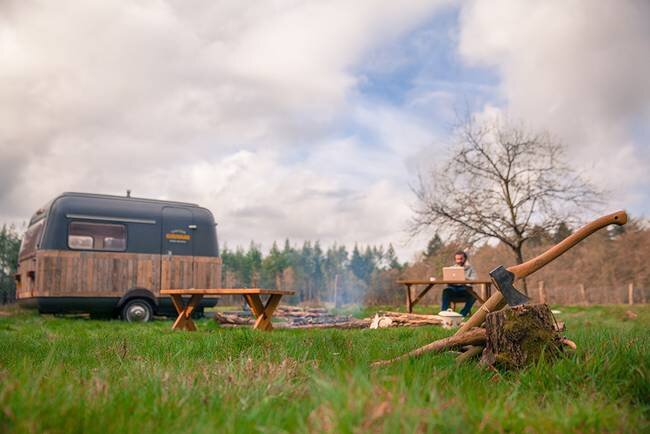 The variety in size of the caravans allows KantoorKaravan to accommodate both individuals and groups of people. According to TreeHugger, Tom van de Beek (one of the co-founders) is planning to expand into neighboring countries, such as Sweden, Greece, and Spain. They’re even hoping to take the concept to the US. 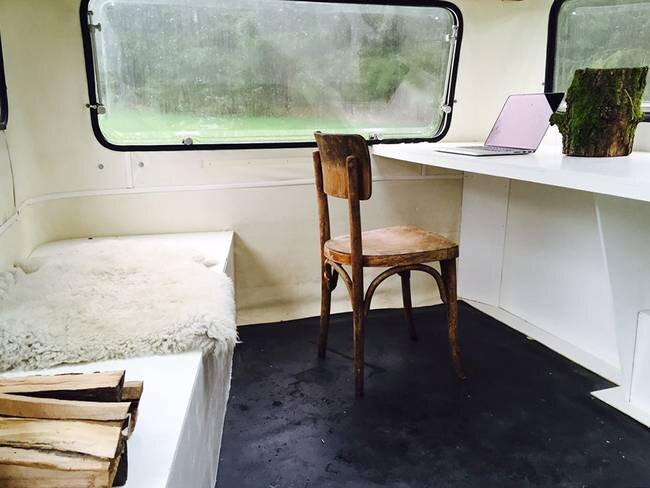 The project is a development of an existing project called SustainsVille, a self-sustaining community where they build treehouses to house cultural creatives. KantoorKaravan is an attempt to produce a mobile version of SustainsVille. 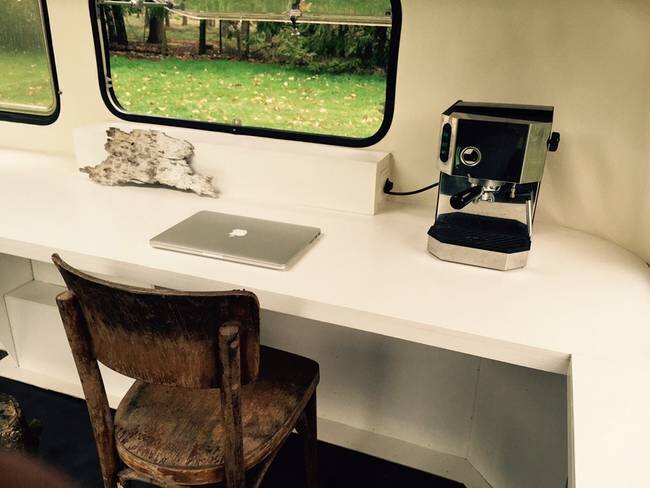 From van de Beek: “There are clear advantages to working from a campsite instead of a high-rise, beyond the fact that multiple studies prove that being around nature helps improve the quality of work. It just feels good to charge your phone and laptop batteries and prepare your soy latte on solar energy while charging yourself on the virtues of nature. It’s a very effective remedy to reduce stress or avoid burn-outs.”

For more caravans check out the Sumaya, a luxurious hand-crafted caravan unlike any other. Or, this tiny caravan that’s mounted onto the back of a bike. See all caravans.