Designed by architecture firm Jun Igarashi Architects, this small house serves as a family home. It’s been dubbed “Four Rectangles” by the designers and was completed in 2017.

Unfortunately the exact location or size isn’t stated, it’s simply found somewhere in Japan and looks to be rather humble in it’s proportions. 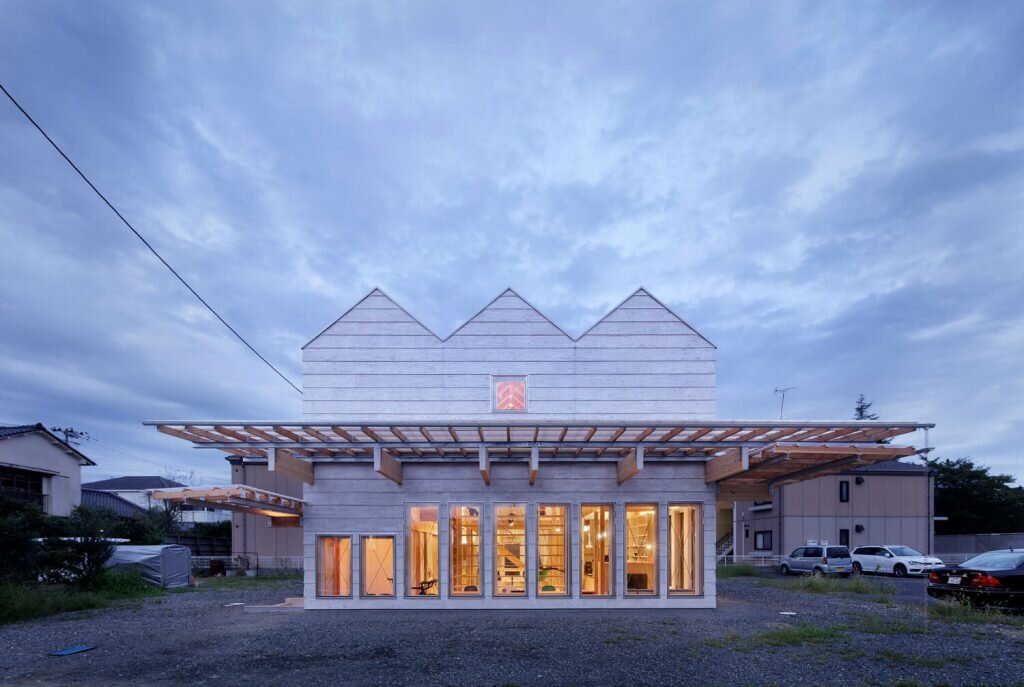 When discussing the development of the plan, the architect brings up memories of their childhood and living in a cold climate. This house must be found in a cold climate, because specific steps were taken to mitigate the the loss of heat. As such, Four Rectangles has a “heart”, placed in the center of the property, shielded from the outside environment. 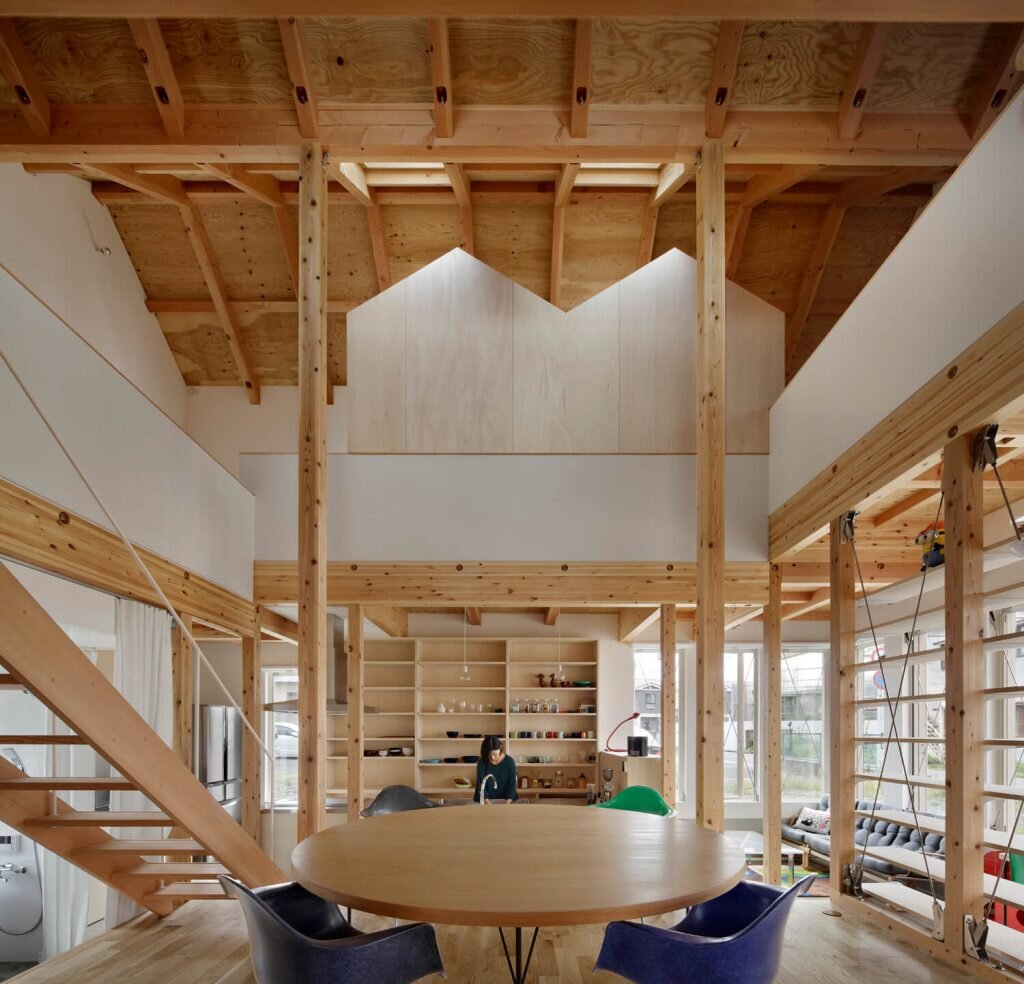 From the architect: “I was born and grew up in cold climates… I began thinking about the middle area. At the beginning of my design I had a consciousness of ‘a middle area to protect’.” This central portion of the home is referred to as an “airlock”, however there’s nothing physical in this case. 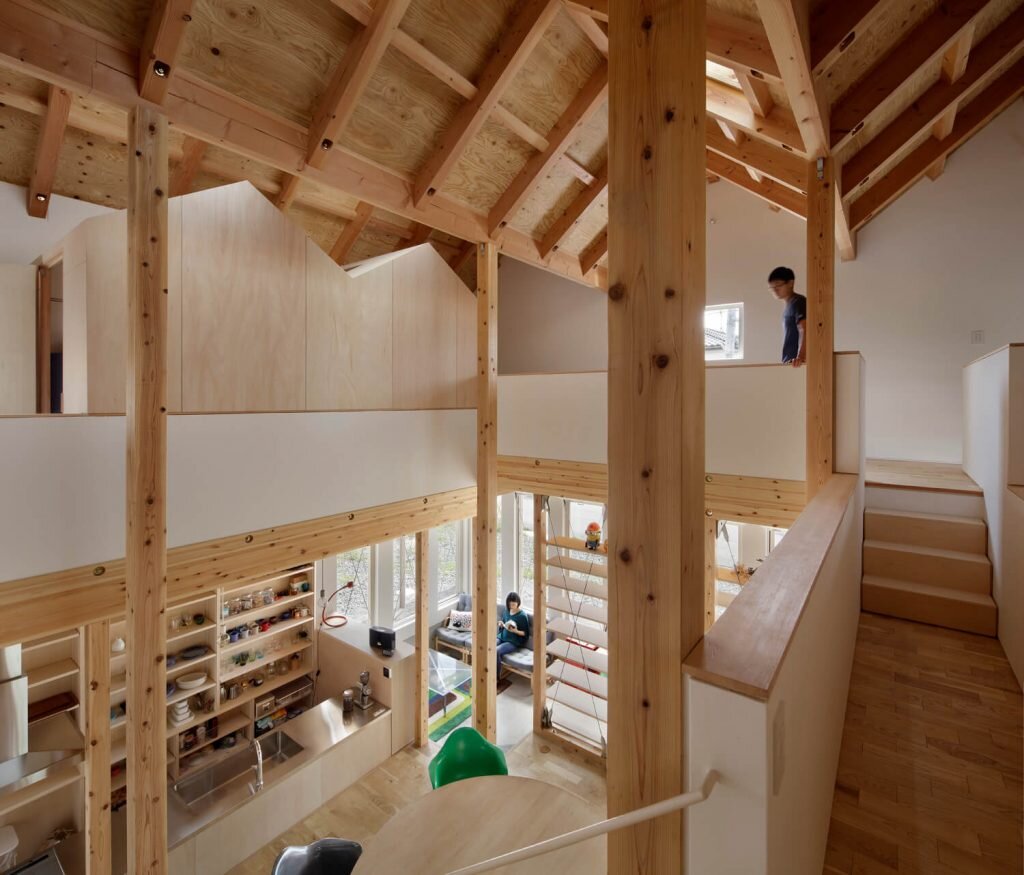 The heart of the home is taken up by a dining area. Surrounding it are a number of other rooms, or spaces, that up the majority of the home’s functional and leisure areas. One corner is dedicated to the living room, which leads through to a study on the opposite corner. 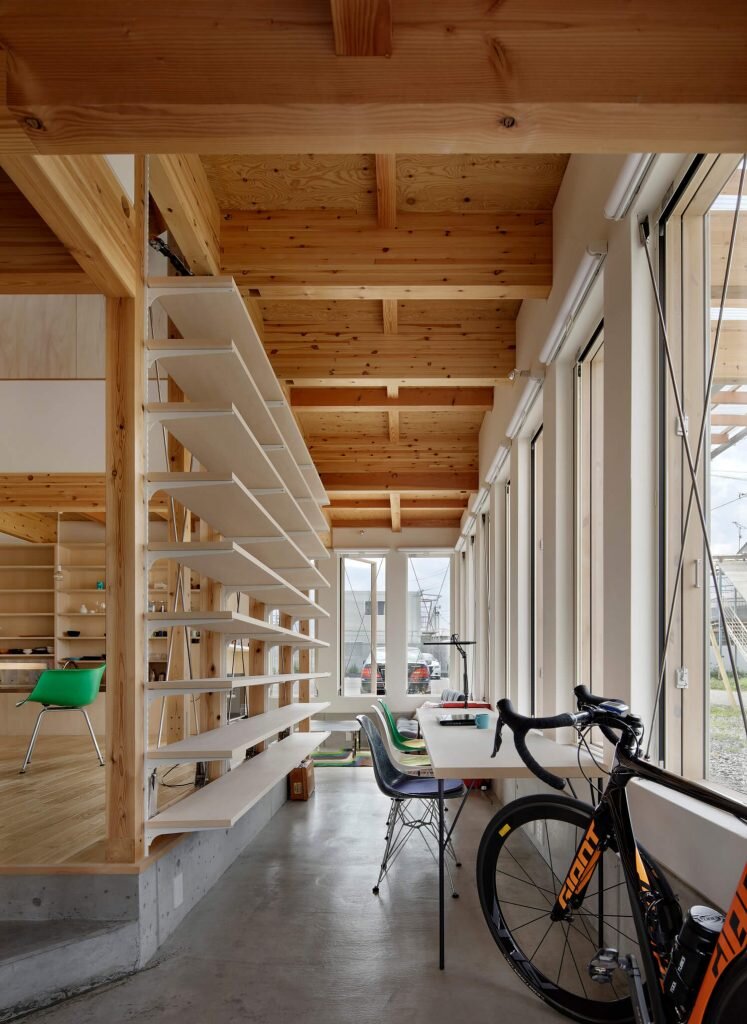 On the other side of the ground floor you’ll find a bathroom split into its individual components (shower, toilet, bath etc). The final wall of the home is dedicated to a compact but functional kitchen. These spaces surrounding the dining area act as a barrier, or an airlock, as the architects put it. 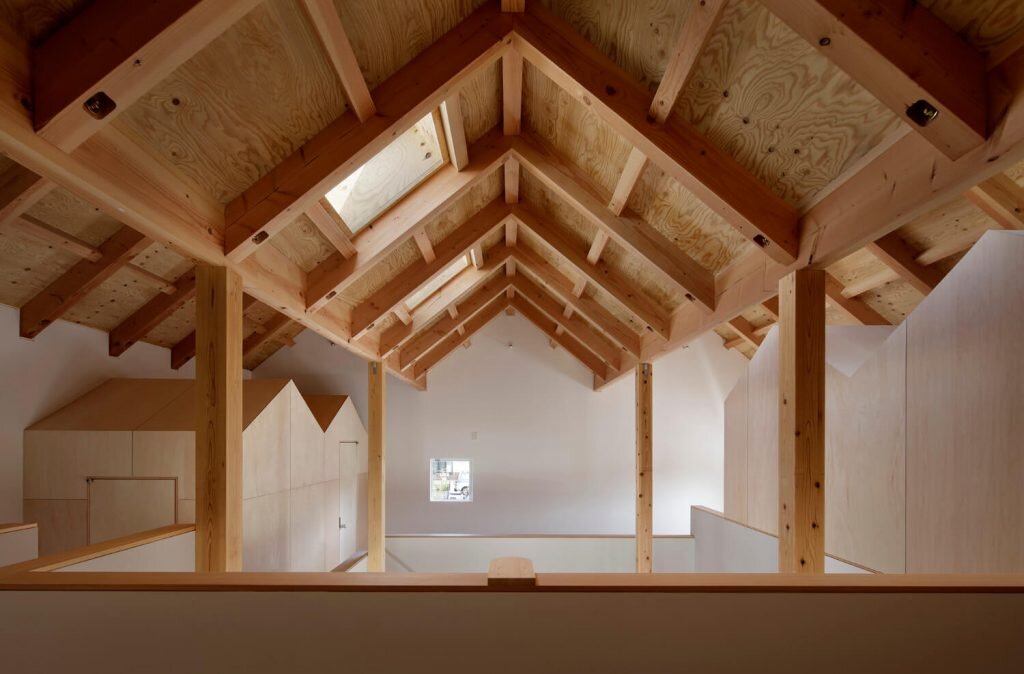 On the upper level you’ll find the homes bedrooms – one on either side of the home, and a small loft that can be used as a getaway or study. 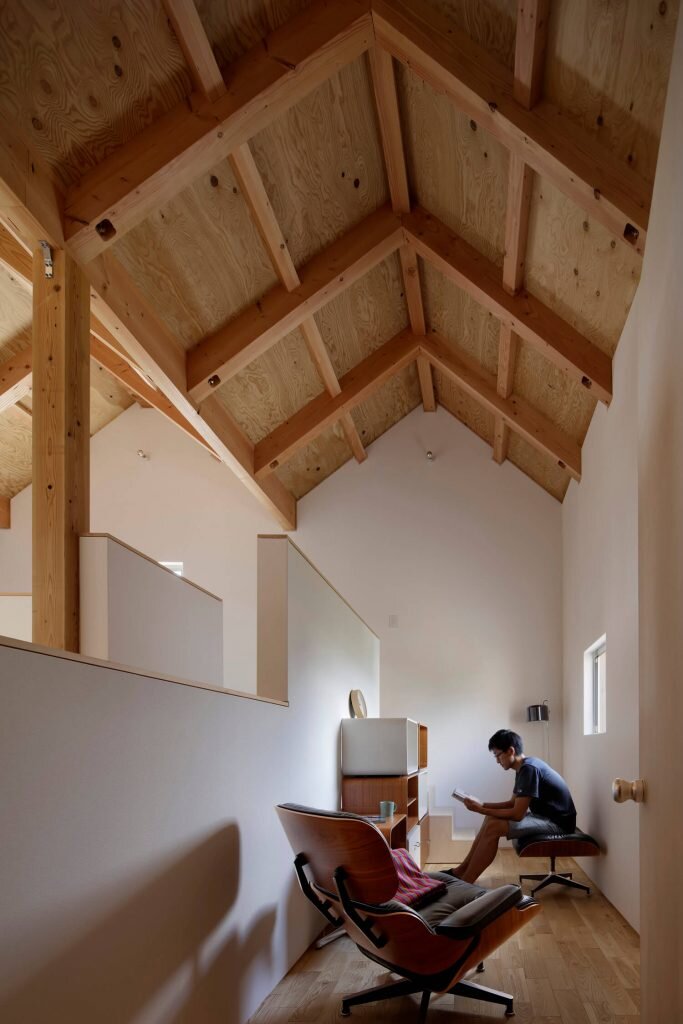 For more Japanese houses check out this project by Shuhei Goto Architects, which sees a commercial premise converted into a home. Or, this contemporary residence that showcases its use of wood. See all Japanese houses.