Architect, JAN TYRPEKL, was responsible for designing and overseeing the construction of this structure from Czech Republic. The project involved the creation of a timber shelter, set atop a concrete bunker.

The concrete bunker was a relic from the defensive outposts that were built along the Czechoslovakian borders before WWII. Now, it’s been re-purposed to facilitate a retreat that’s been dubbed “The Cabin”. 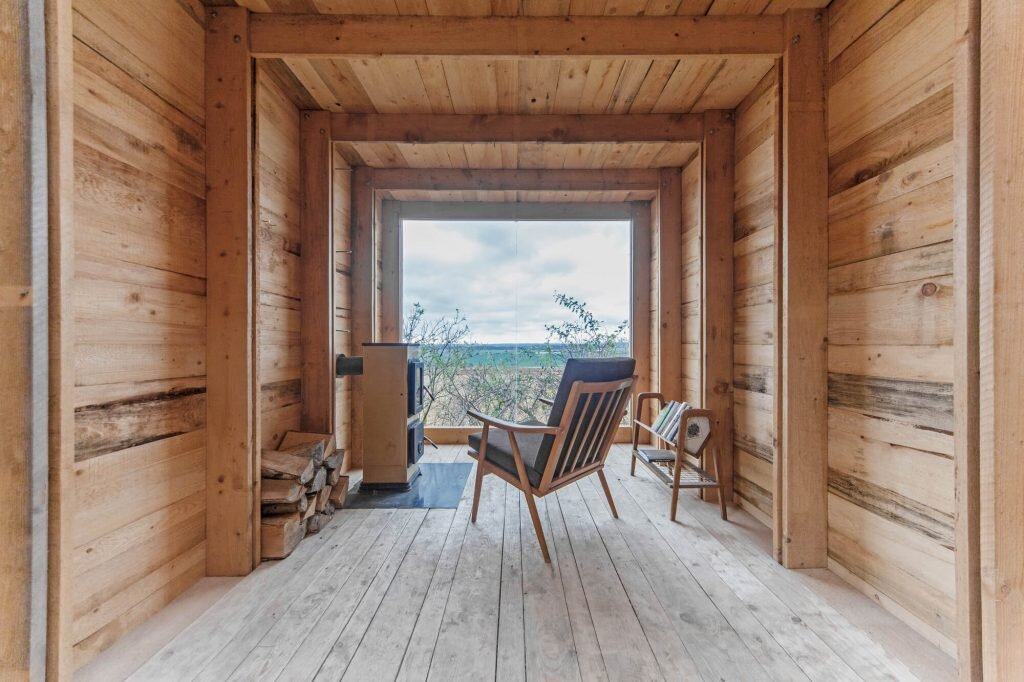 The cabin occupies a very small portion of land – just 134.55-square-feet (12.5-square-meters) to be precise. The tough, sturdy concrete bunker base acts as an anchor for the timber structure above. The project was completed in 2017 and is now functioning as retreat. 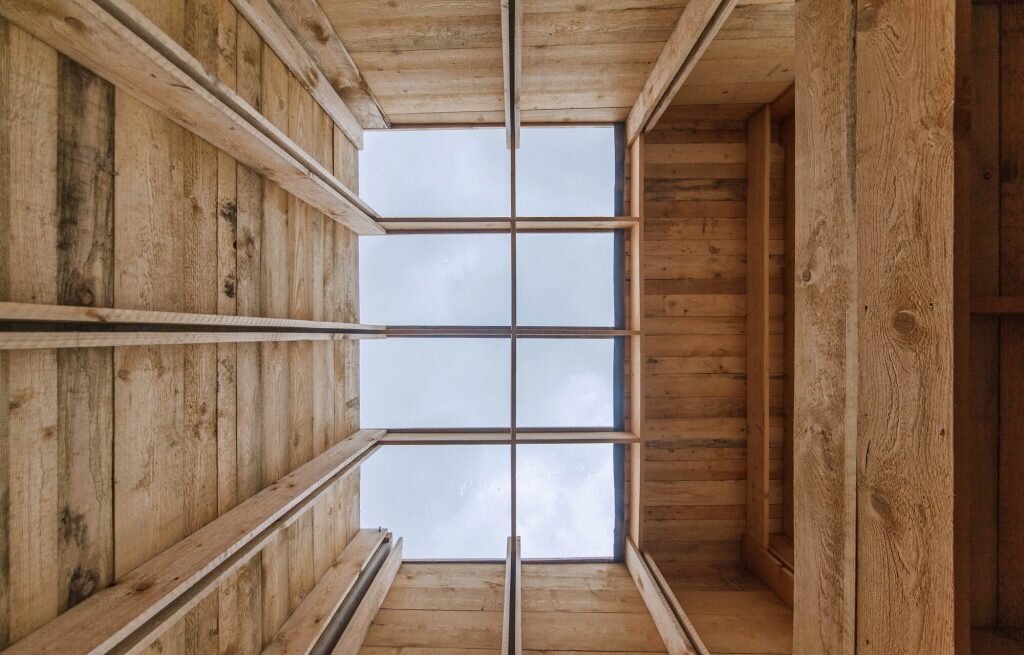 The derelict concrete bunkers have been a topic of conversation for quite some time: “The discussion what to do with these concrete bunkers that lack any function is still a sensitive topic in the society. That is why we designed it as a light wooden structure that can be easily removed and that minimize the impact on the construction of the bunker.” 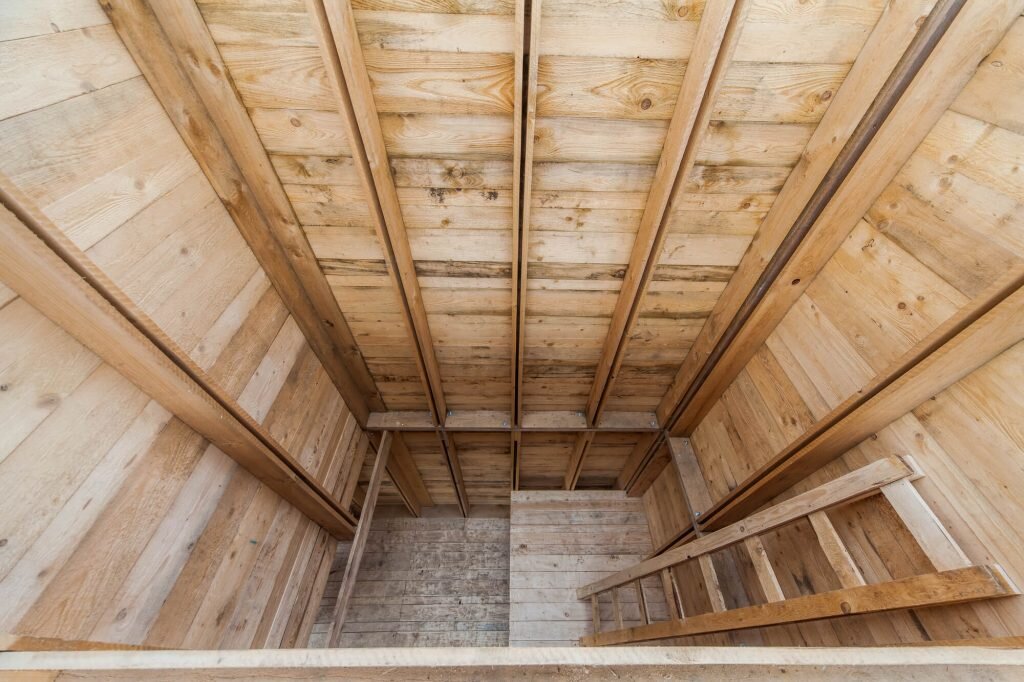 With it’s small footprint, there was only one direction to feasibly build in – up. The structure has two floors (excluding the bunker). Two large windows provide outward views: one towards the Austrian border, the other towards the nearest village. There’s also a large roof window placed over the galley that illuminates both floors. 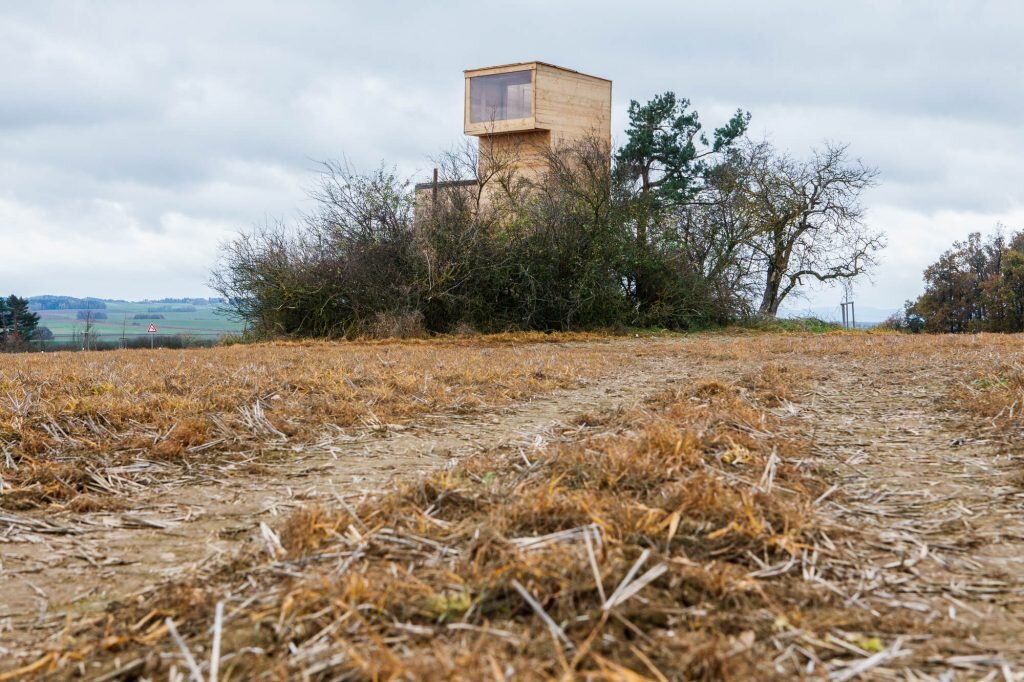 From the architect: “In the interior, we wanted to show that even in a small built-up area (only 12 m2) you can create a generous space. During the construction process, we added another rooftop window. The principle of the construction was to minimize the material, cost and the time needed for the construction… 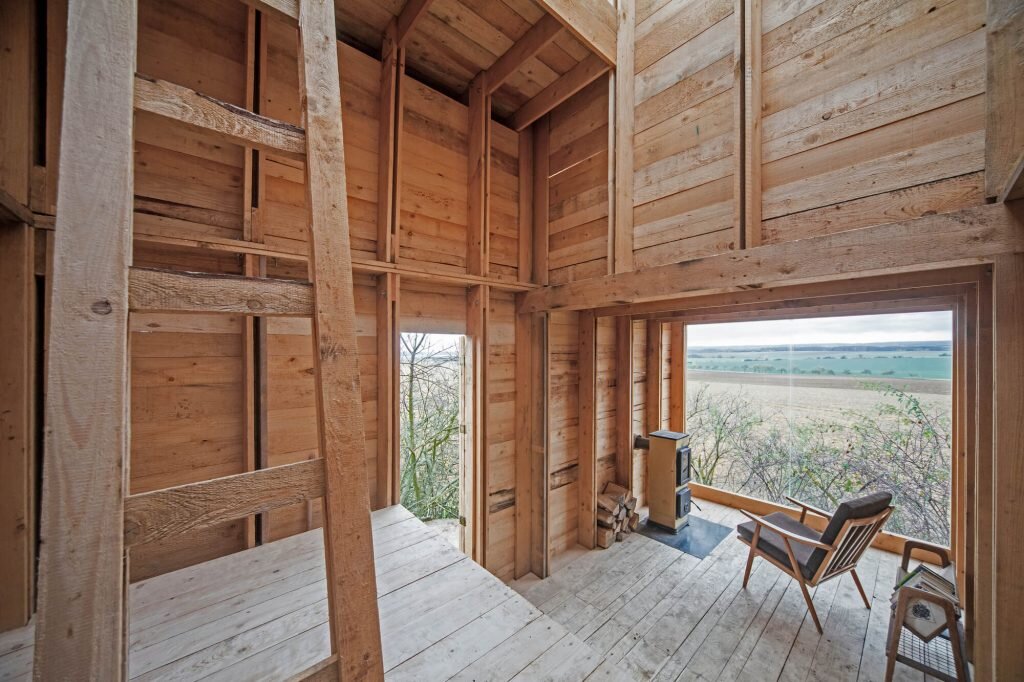 … The building is very simple and can be built by manual labor using only common tools without any technology. The project is not financed via any donations or grants. The whole building process was done thanks to the helping of friends, family, and students of Architecture. […] The building serves as a shelter and after an agreement, anyone can stay there.” 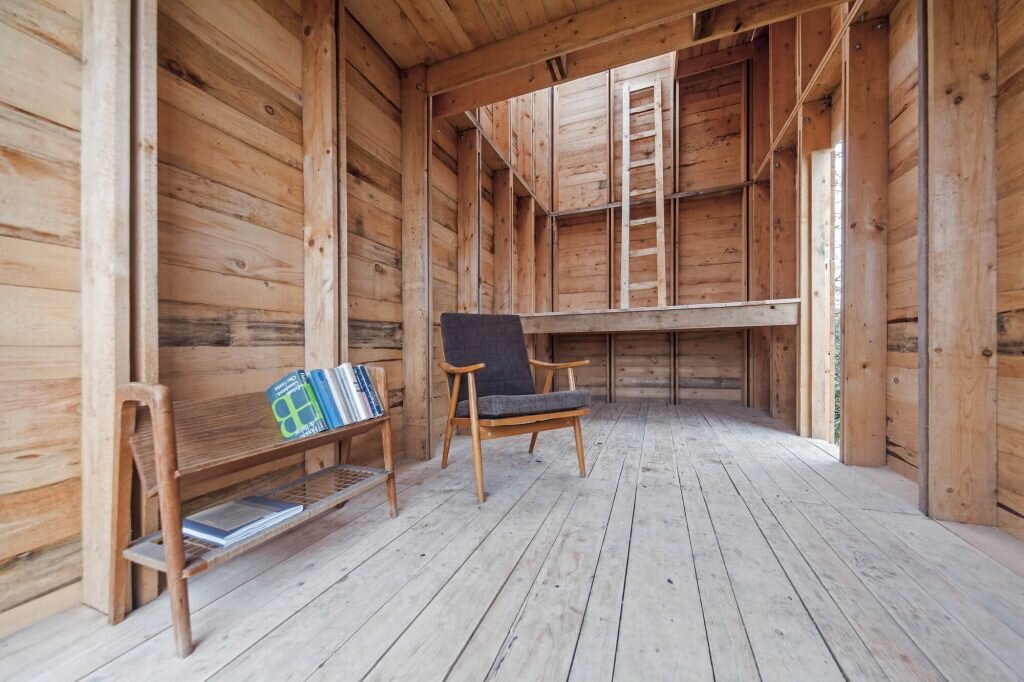 For more cabins check out Buitenhuis, a home introduced by Droompareken that attempts to address needs of the many. Or, Lorena Trncoso’s functional cabin for a pair of rock climbers. See all cabins.