At some point or another – usually in our childhood – most of us have a fascination with treehouses. Occasionally this fascination will stay with us to adulthood. And, even less occasionally, someone will actually build one.

This treehouse can be found caught between woodlands and a lake not far from Woodstock in the United States. The project, which was completed back in 2014, was taken on by designer, Antony Gibbon.

The lofted structure contains a total area of 750-square-feet (69.67-square-meters) – much larger than the ramshackle treehouses we create in our youth. 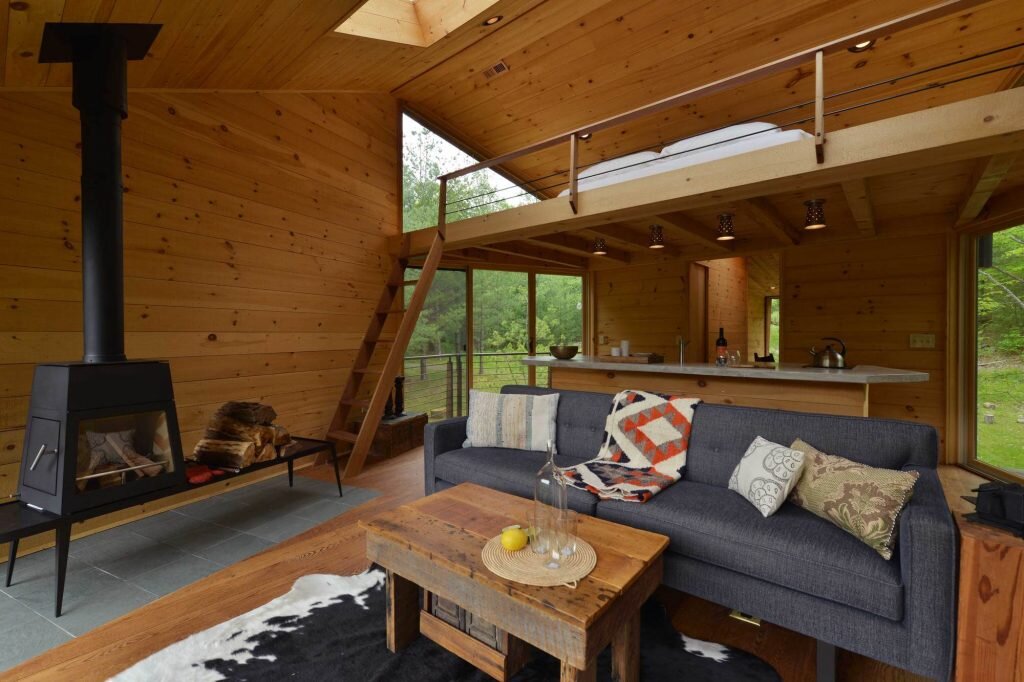 The project has been suitably titled Inhabit, and sports a sleek contemporary form, clad with wood both inside and out. The angular juxtaposition of the two main compartments both seek to soak up views of the exterior environment. 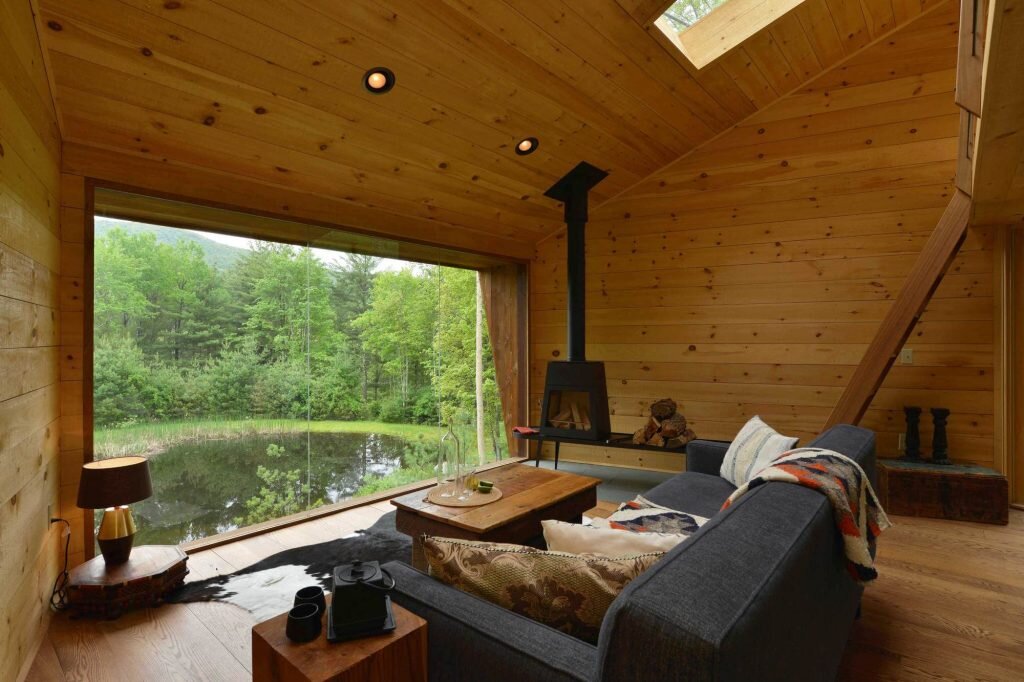 Inhabit treehouse overlooks the stunning Catskills mountain range. One can soak up the view from several several living spaces – there’s an open plan lounge, complete with a kitchen, breakfast bar and living room. 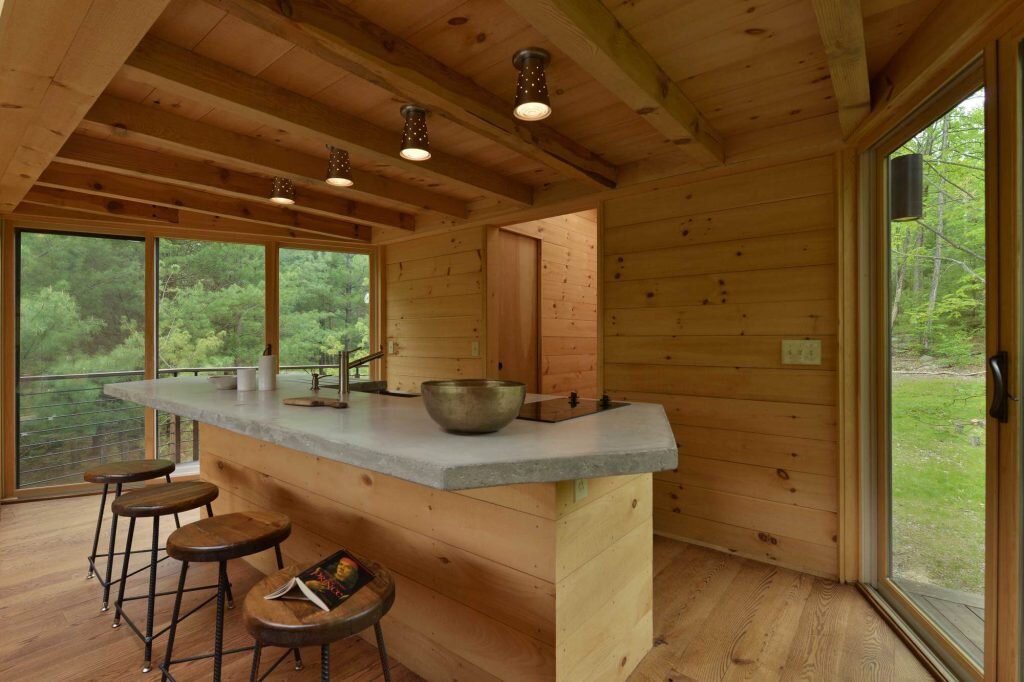 There are two levels to the structure. The lower is used for the more public areas, whereas the upper house’s the bedroom. The bedroom is set in the loft, just under the slope of the roof. If you’re claustrophobic, it’s probably not for you. 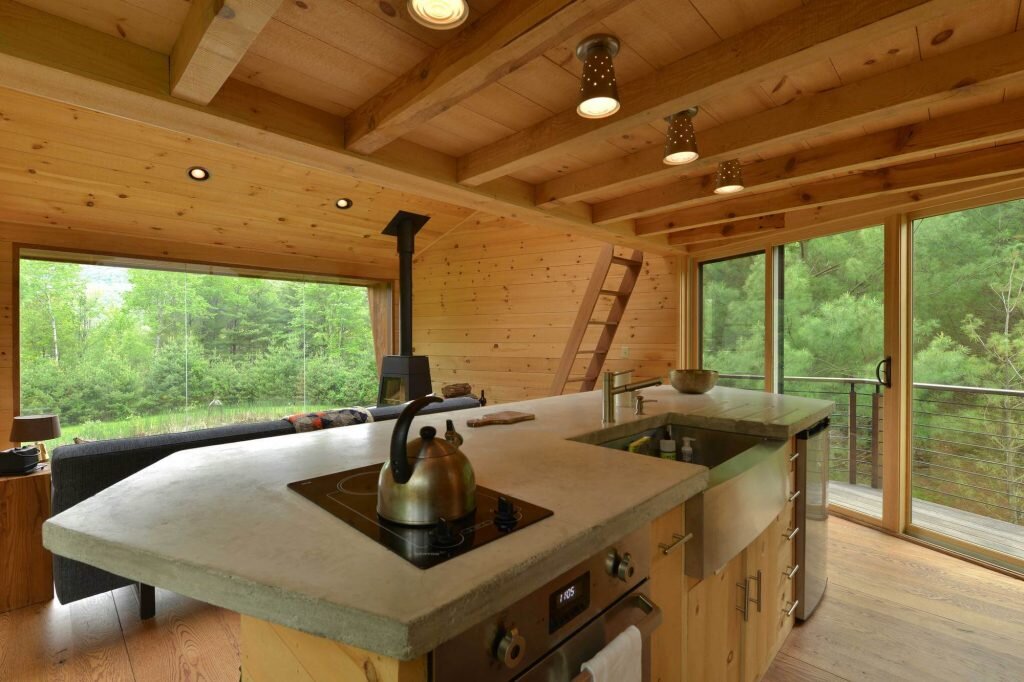 Other spaces include a bathroom – it’s set adjacent to the treehouses’ entrance, with the toilet, sink and shower lined up one after the other, and accessed by a sliding door. You’ll also find a second bedroom in this section of the structure, two balconies (found on either side of the kitchen) and a terrace underneath, complete with a hot tub. 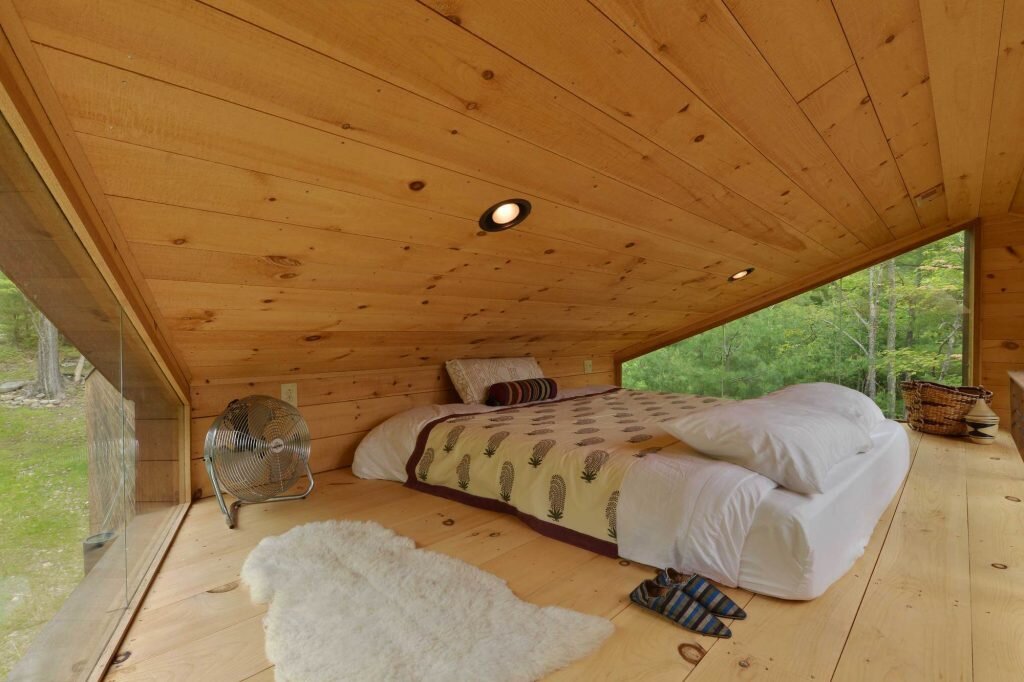 For more treehouses check out Pigna, a pair of pine cone-inspired treehouses from the Italian Alps. Or, the Woodman’s Treehouse, a luxurious getaway by Guy Mallinson. See all treehouses.