This project from the island of Bali in Indonesia saw the construction of several low-tech, economical houses. The houses are predominantly made from bamboo, a local resource that’s found in abundance.

Dubbed Premulung House, the initiative forms part of a scheme aimed at promoting recycling in the country, by providing homes and offices for the workers. 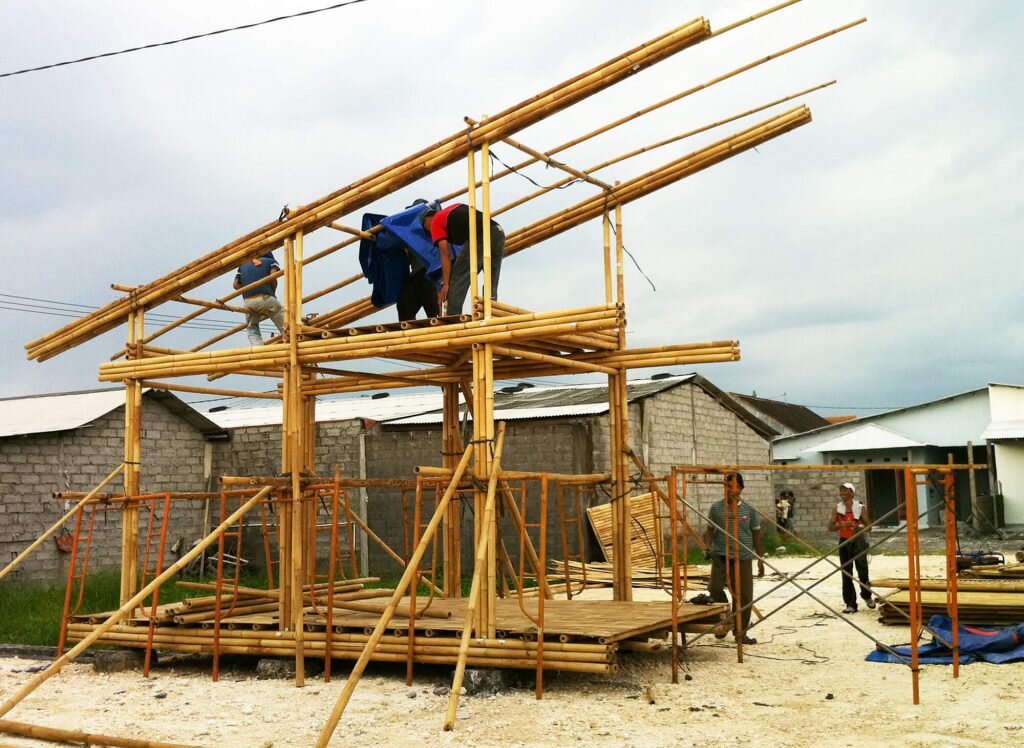 The site is composed of a 2,906-square-feet (270-square-meters) plot of land. Within this space, they’ve managed to place 14 bamboo units, and three bathrooms. According to the architects, the inhabitants usually only stay in Bali for a short time, usually to work up some money and return to their home cities. 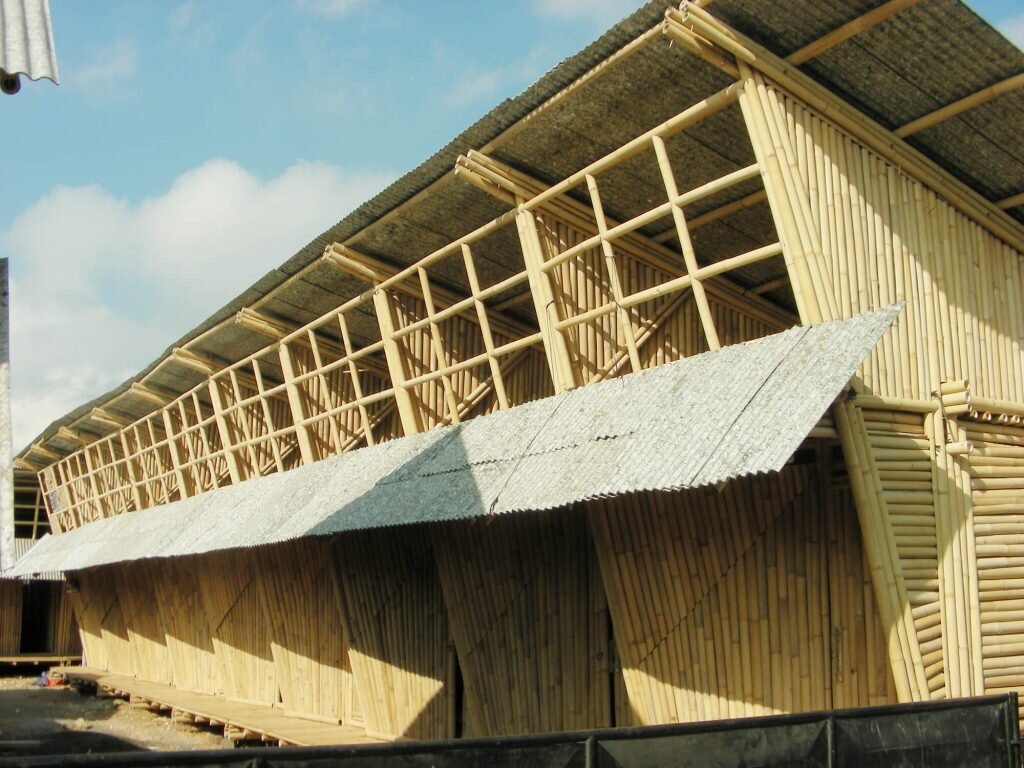 From the architects: “Located in Denpasar, the project is a set of 14 housing units of 18 m2, which also includes bathrooms, storage, kitchen and common areas, to allow the meeting and work of its inhabitants.  The houses are created as modules with main living spaces on the first floor and a mezzanine sleeping area above…” 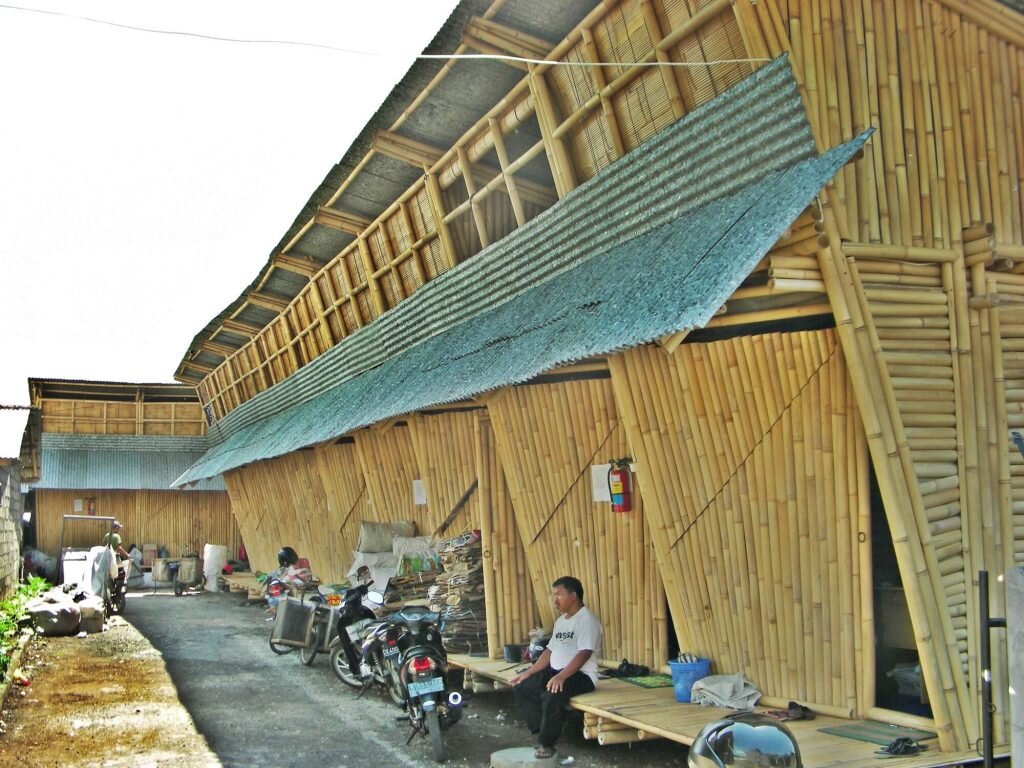 “Its floors and walls are made of bamboo, and it is designed so that the wind can penetrate the entire building, decreasing its interior temperature. Recycled materials are also incorporated, such as bottles and tetra pack packaging for the roofing and insulation.” 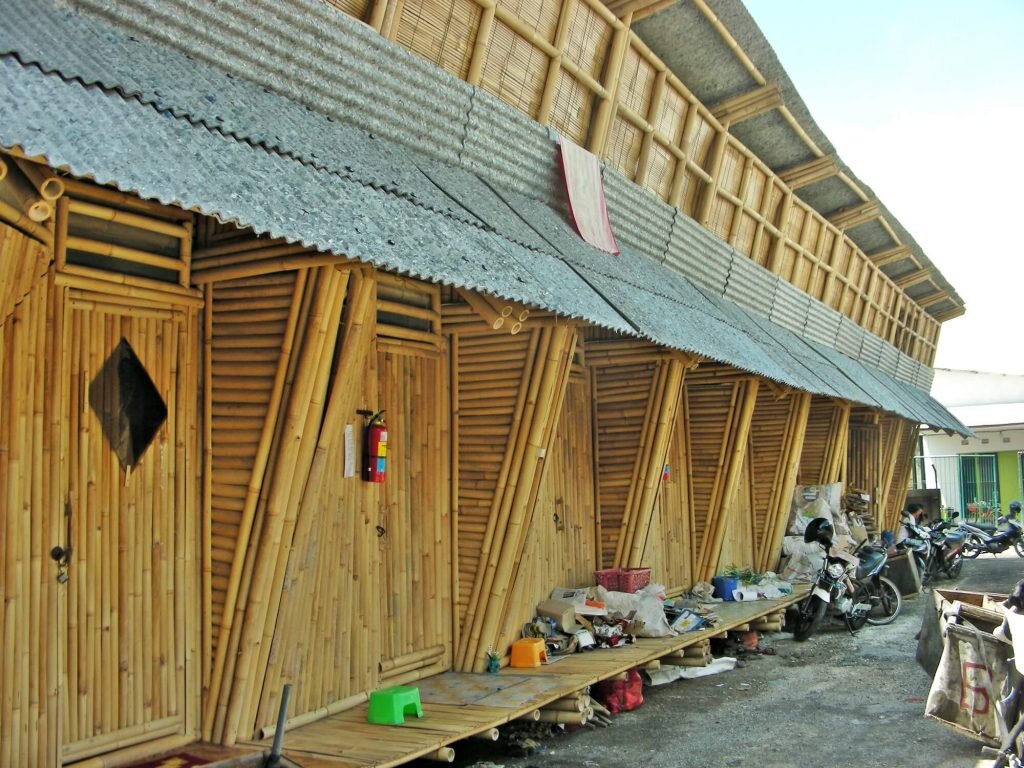 The materials used and construction methods employed are all relatively simple. It’s hoped this simplicity will inspire some of the site’s visitors to replicate them in their own homes. All in all, IBUKU’s low-tech project has an impact beyond providing immediate shelter; it’s a means to change Indonesia’s view on recycled, promoting it to become the norm. 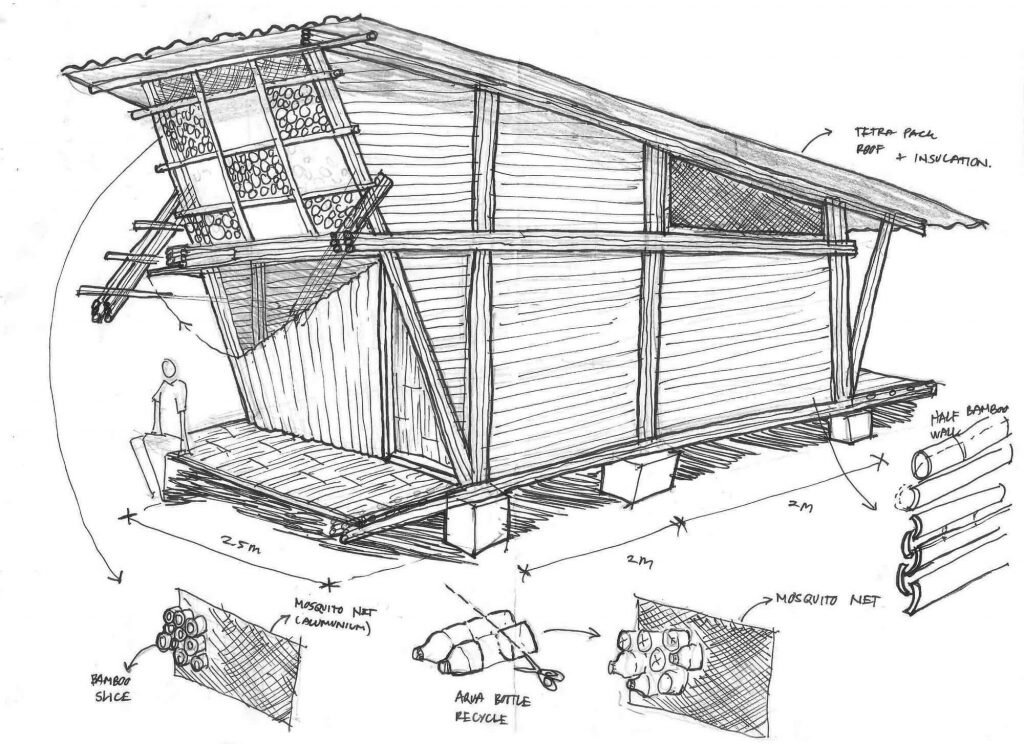 For more tiny houses check out Viewpoint Granasjoen, a tiny shelter with a turf roof that blends into the Norwegian landscape. Or, Forest House, a tiny workshop retreat from Vietnam. See all shelters.