Titled “House with a Chandelier”, this little structure can be found at the edge of a lake in Nikola-Lenivets wthin the region of Kagula Oblast, Russia.

Architecture firm AB CHVOYA created the retreat for a festival in which the theme was “How to live?”, in which case the answer – based on this structure – would be “rather simply”. 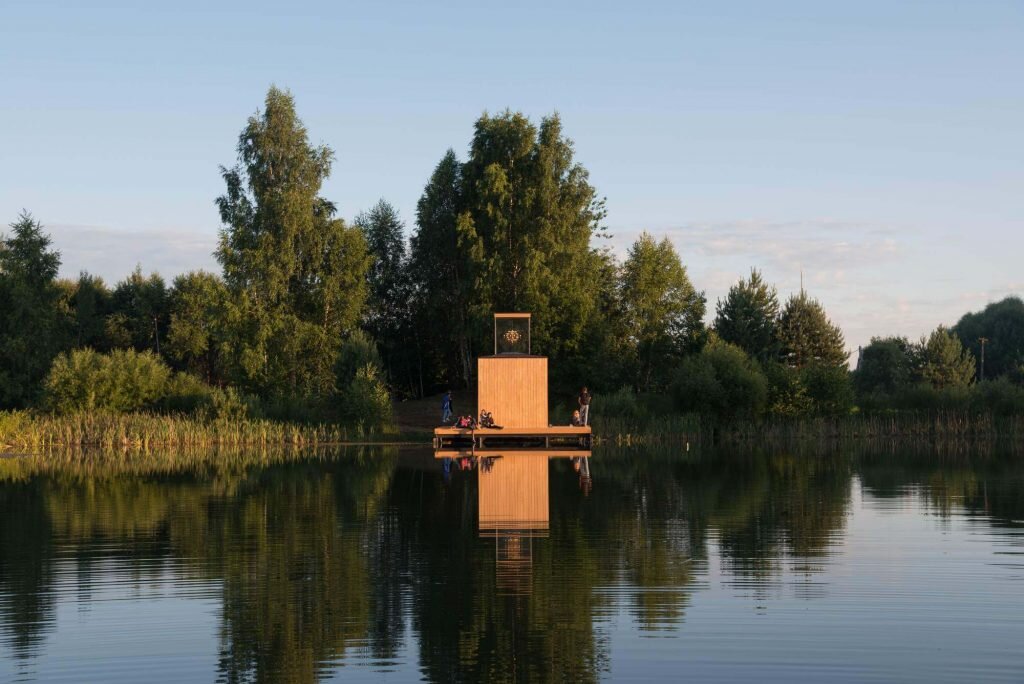 The unit occupies a diminutive 65-square-feet (6-square-meters). House with a Chandelier has been described by the architects as a residential unit for two people (although it doesn’t come with all the mod-cons we’ve come to expect). It’s at best a weekend retreat, somewhere to escape the drudgery of day-to-day life. 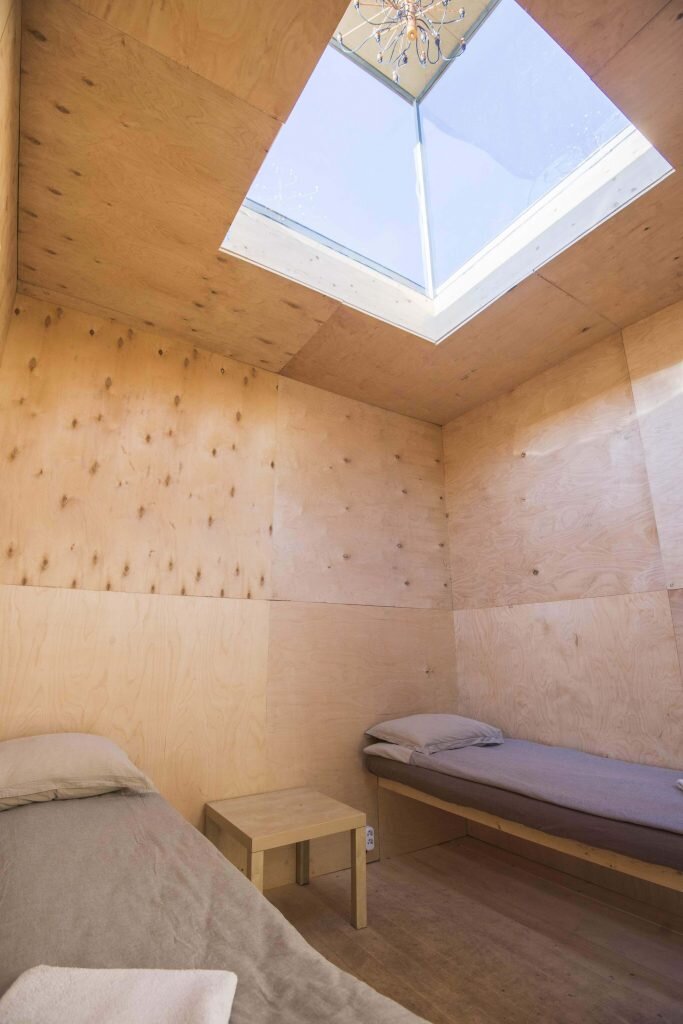 Completed in 2017, the volume is made mostly of wood and has no windows bar the light well found at the ceiling’s apex. The light well helps to connect the occupants with the sky above. During the day it provides natural light. At night, lighting is provided for by the chandelier. 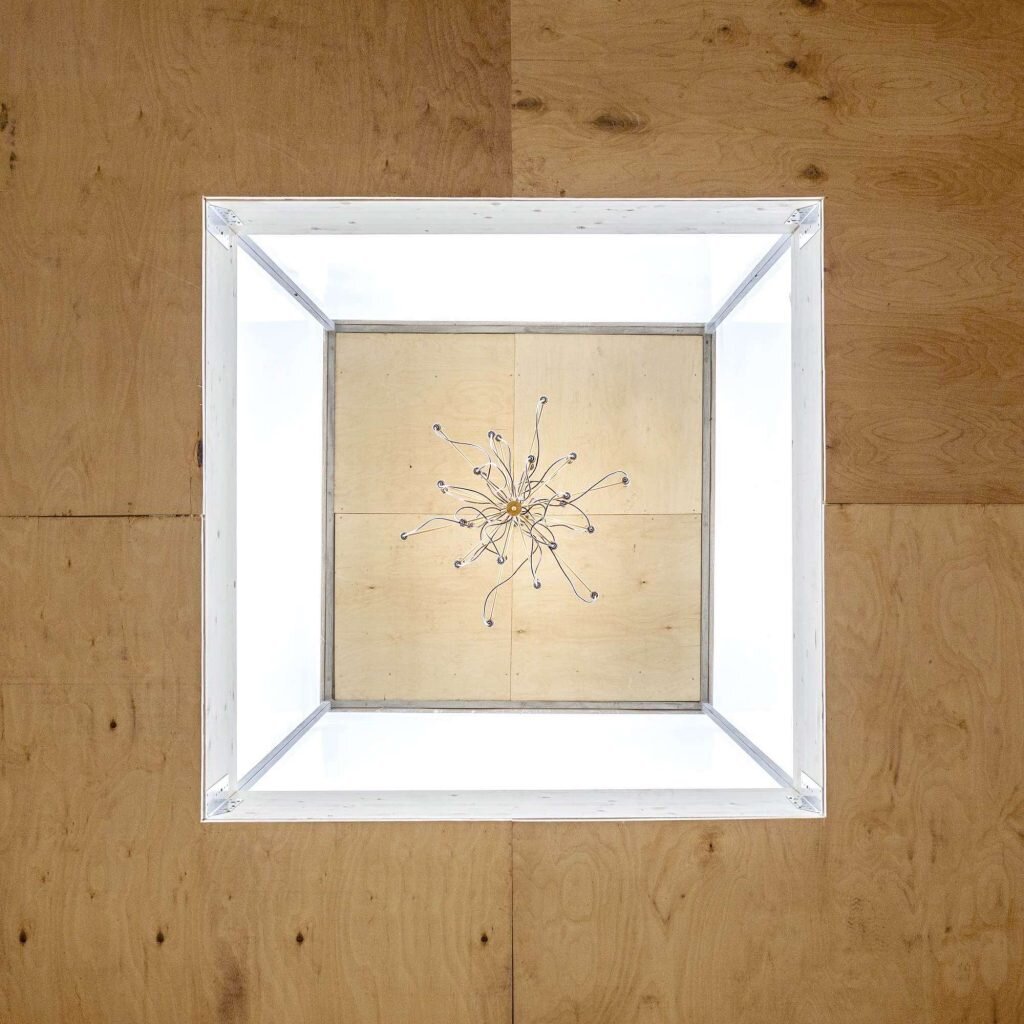 The appearance of the building at night resembles that of a lantern. From the designers: “A passerby can see that inside it is cozy, but the life of the inhabitants is completely hidden from the eyes of outsiders.” 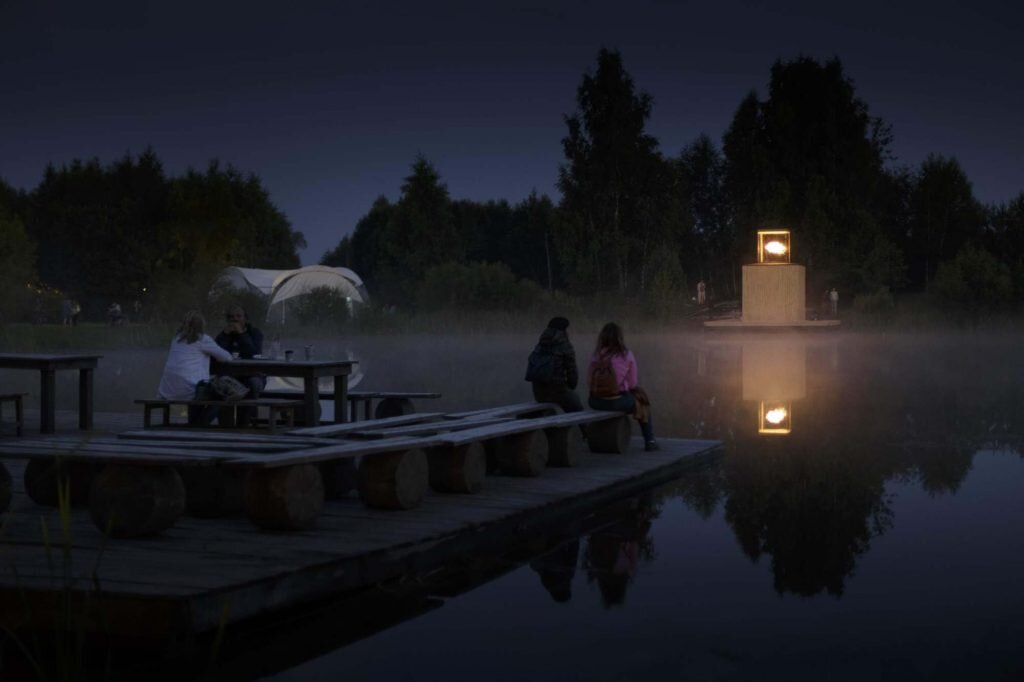 For more retreats check out the Dovecote, a project aimed at maintaining traditional construction techniques. Or, Vigilance Pavilions, which offer sanctuary among Spain’s sites of cultural interest. See all retreats.

The Dovecote is a "Treehouse Temple" Built to Maintain Portuguese Traditions