This small home composed of simple materials can be found in Hadong-gun in the region of Gyeongsangnam-do, South Korea. It was built for an owner who needed to accommodate their own lifestyle, as well as tourists.

The owner contacted local firm TIUM Architects, who set about producing a design which would be flexible enough to cater for everyone’s needs (or at least the majority of people’s needs).

The project was completed in 2016 and has been dubbed House Soboru by the designers. It’s composed of an 893-square-foot (83-square-meters) floor plan, spread across a single level. For the architect, it was a challenge to design a house after having lived in apartments for the majority of their life. 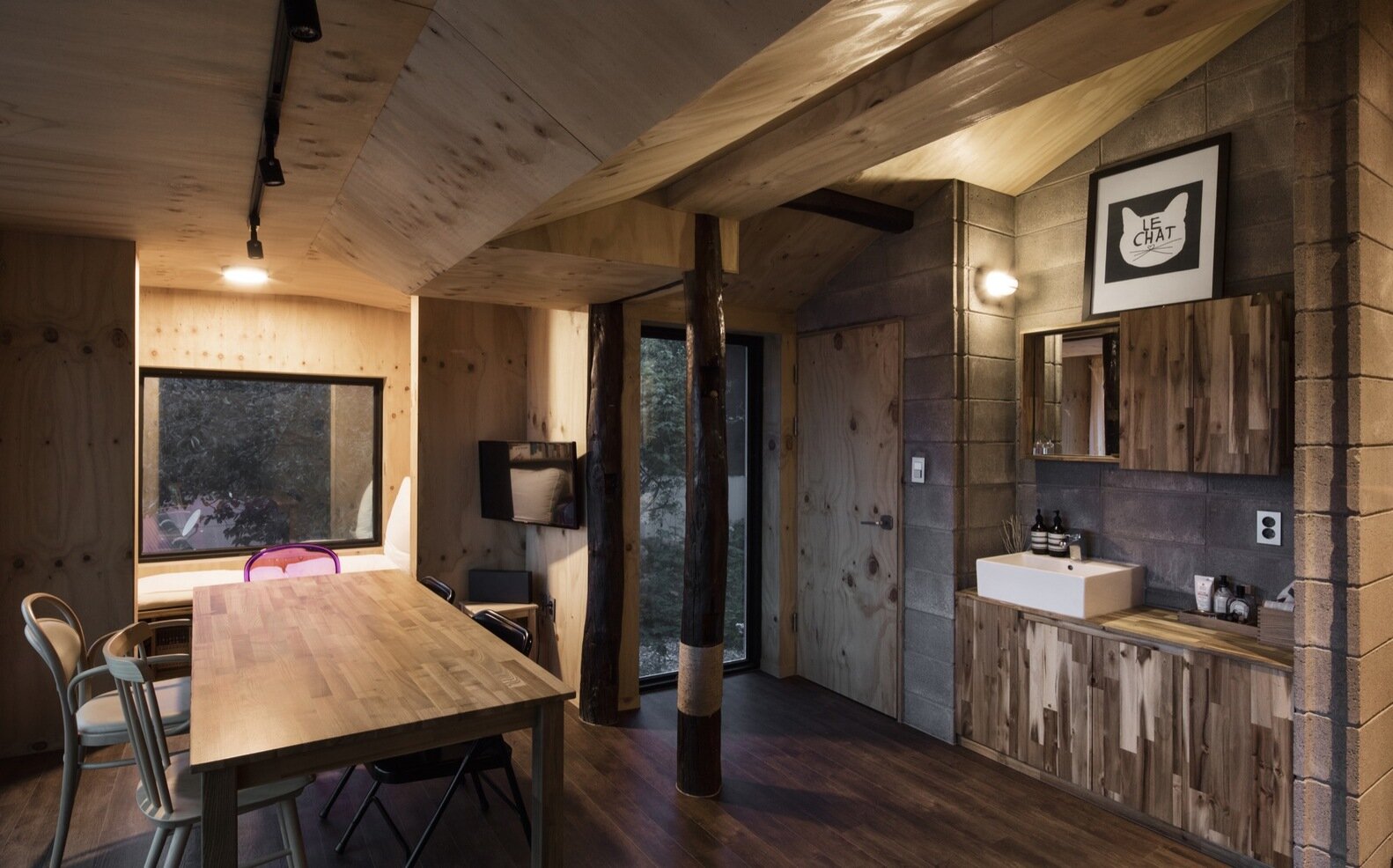 From the architect: “The memory of living in a house escapes me. Everything is foreign and unfamiliar. A distinction has been made in this space – the familiar and the unfamiliar, and the necessary and the unnecessary.” In the end, the architect settled on a simple home, composed of basic materials. The result is a modern space with nods to vernacular design. 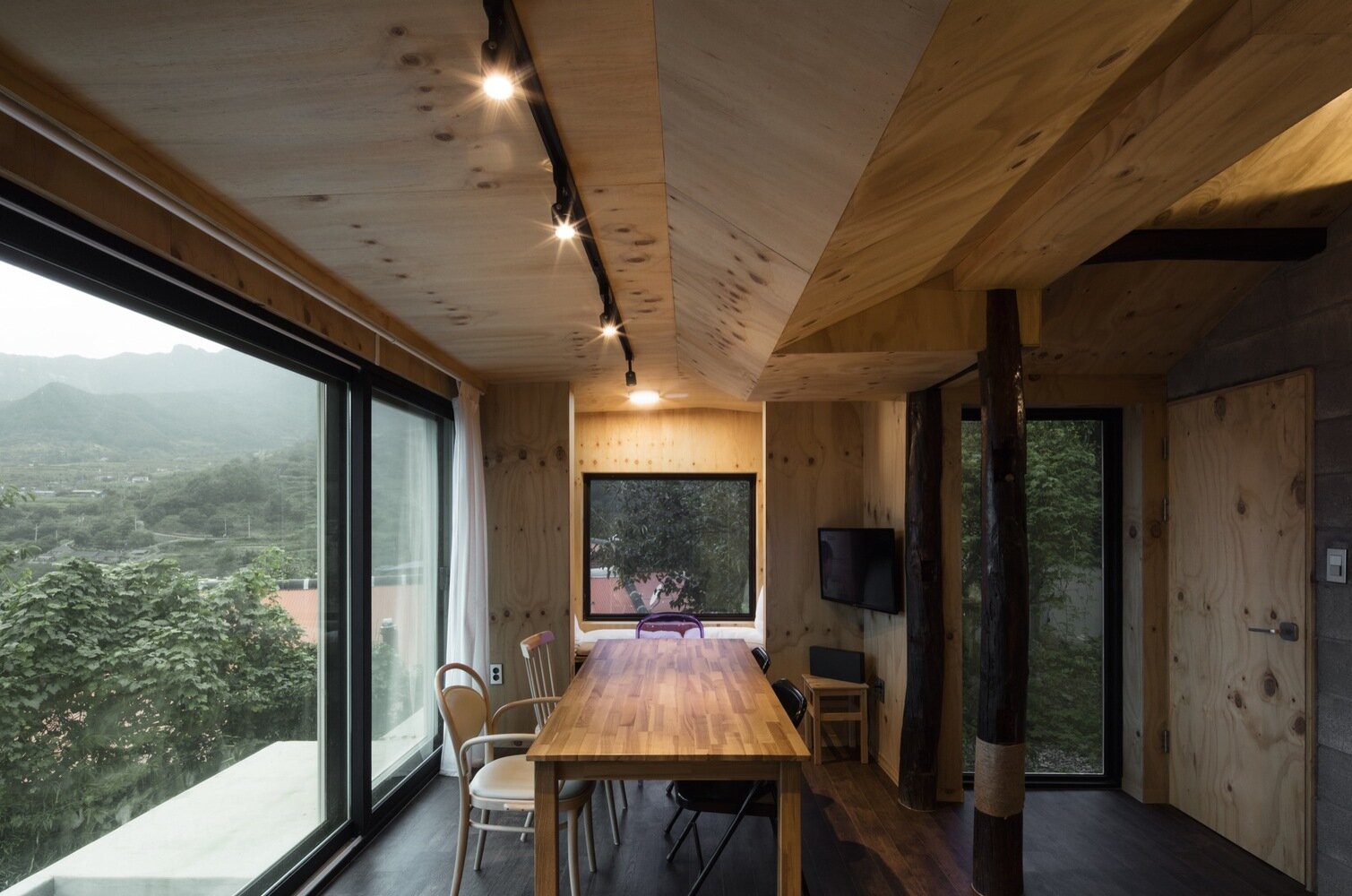 There are two structures found on the site. The first is entirely dedicated to the client and based around their lifestyle. The second, smaller structure, is an annex that serves as lodging for tourists. The exterior is formed of concrete block work, while the interior spaces give way to the softer tones of wood. 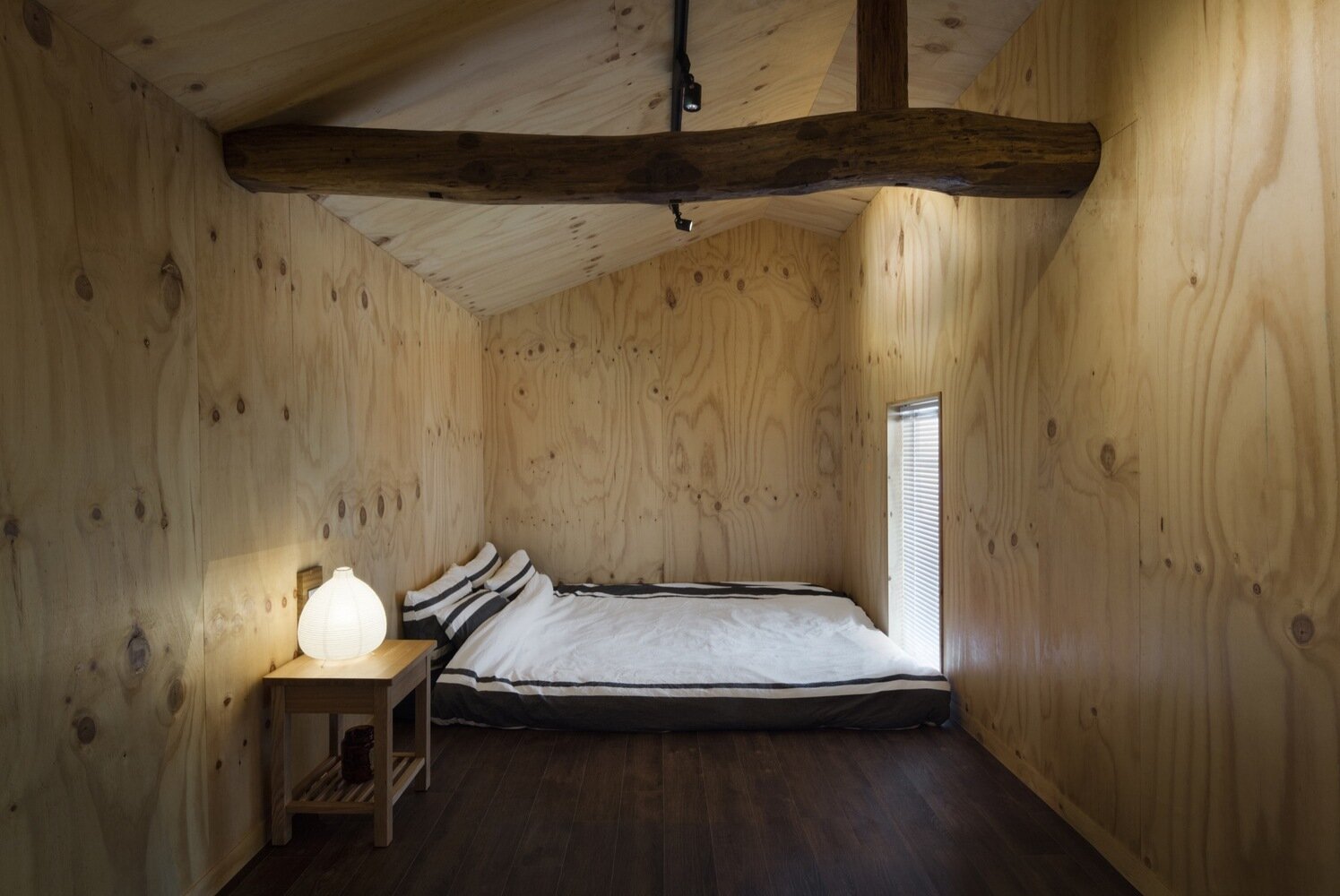 The floor plan is divided up into a number of rooms with openings between them to maintain a flow. The front of the home is dedicated to a substantial dining/living area. It’s flanked by a study area to the left and a double galley kitchen to the right. A laundry area can also be found at the end of the kitchen.

The back of the home contains two bedrooms, a shower, and a separate toilet. Some of the rooms, like the toilet found next to the laundry room, have outside access only. This is probably to provide visitors with amenities without having to enter the main home.

For more small houses check out High House, a home that features elevated views of the Quebec landscape. Or, this contemporary retreat by PRO-S in Croatia. See all small houses.