With a floor area of 47 square meters (505 square feet) per floor, House K is one of the smallest houses on this busy residential street in Tokyo. Designed by the architecture studio, Yuji Kimura Design, the home has been created to provide the owner with indoor/outdoor spaces while also maintaining their privacy. 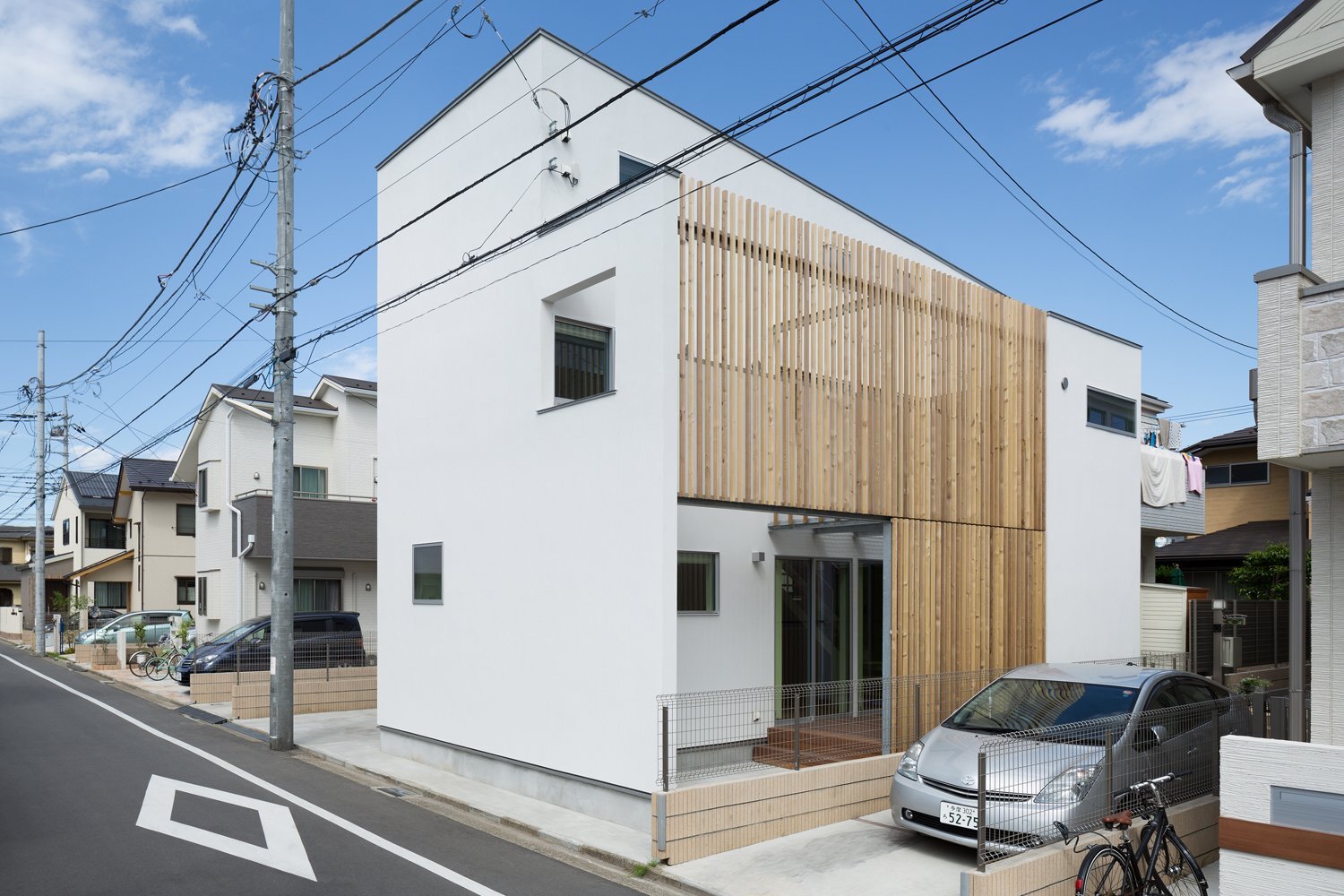 House K was completed in 2014, and like most of Japan’s recent avant-garde housing it features white walls, both inside and out, with a real focus on minimalist aesthetics. The owner of the site asked the architects to incorporate an exterior deck space into the design, to act as a space for relaxation amidst the chaotic background of the city. 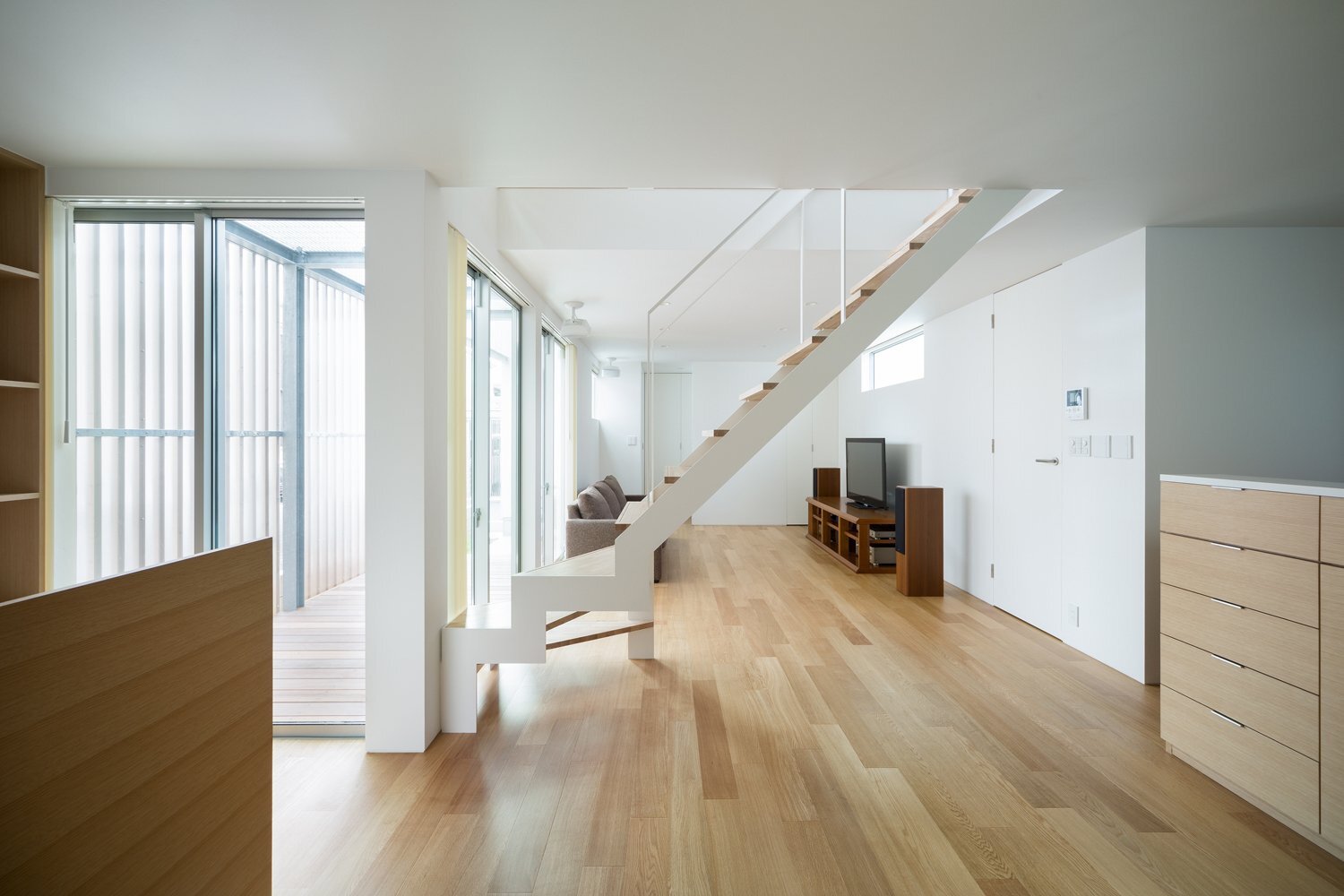 As with any house in a dense urban environment maintaining the privacy of the users was a high priority. Small windows have been installed along the more public, street-facing walls of the building. Whereas the large glazed sections are mostly hidden from public view thanks to the timber slat screen, while also letting light filter through and into the home. 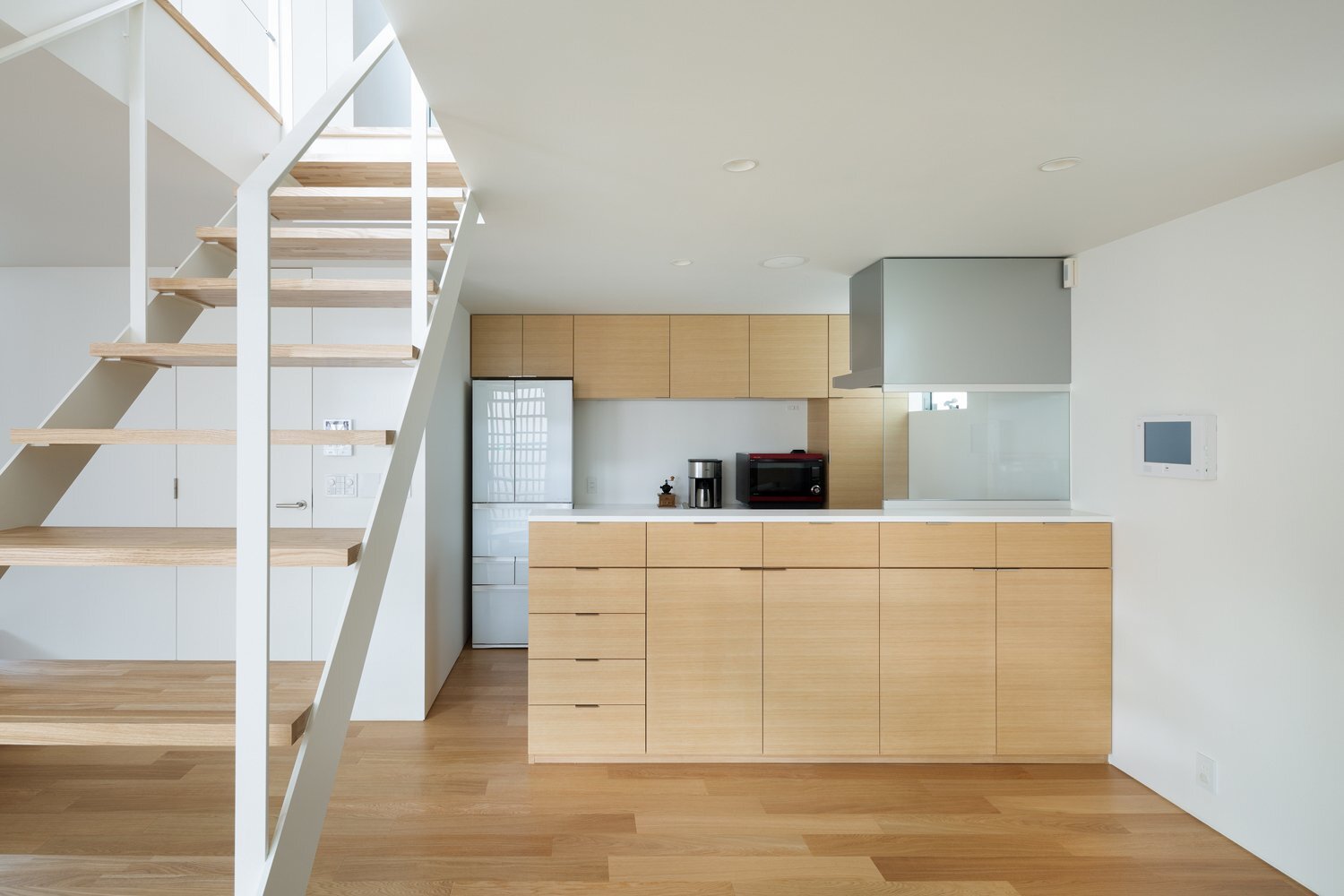 The interior of House K features white walls offset by wood furniture and flooring. A lightweight steel staircase is central to the design. Its open risers and side rails allow light to pass through, making a minimal impact on the brightness of the space, particularly towards the rear of the house where there are few windows. 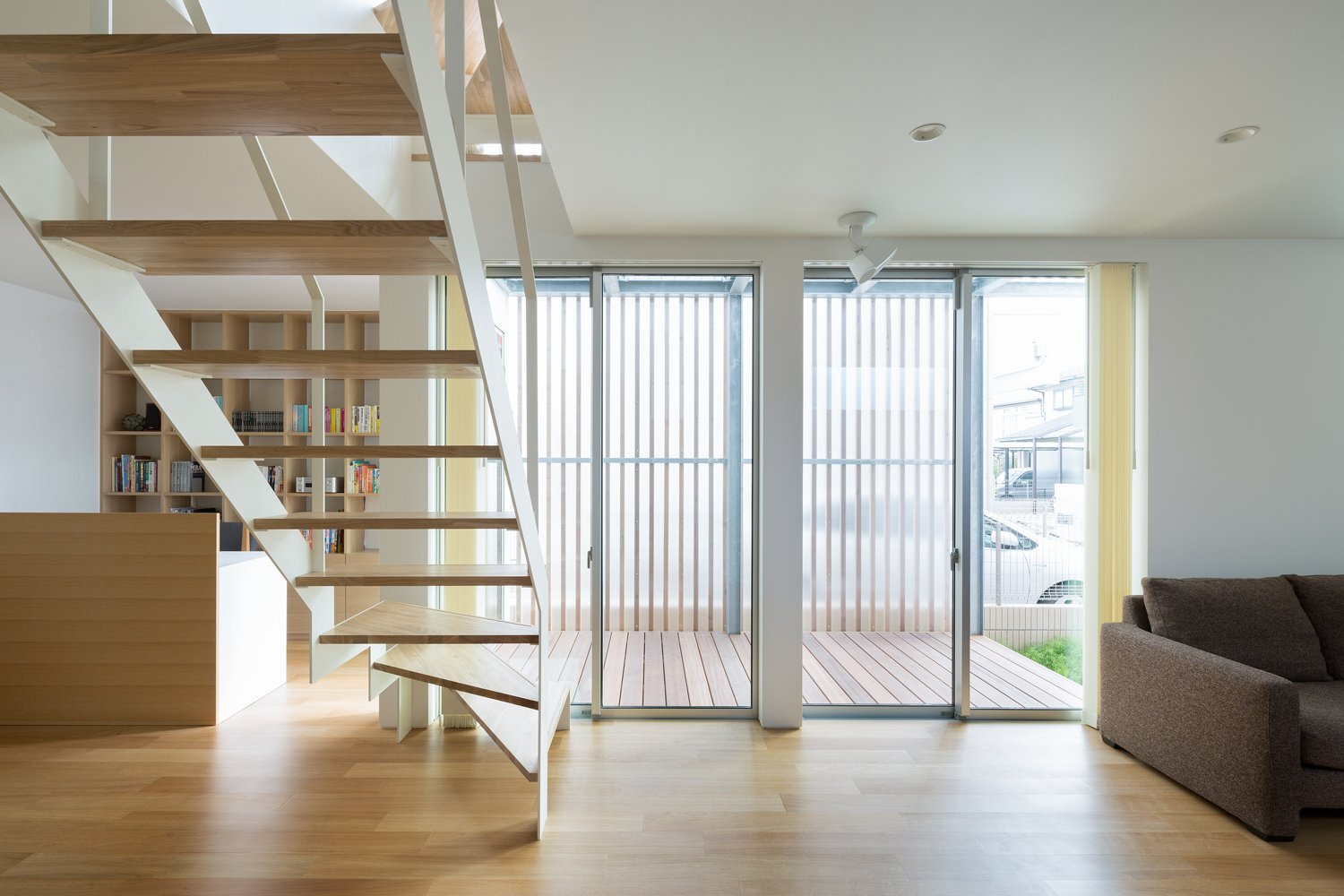 The ground floor contains an open plan living space divided up by furniture components – the kitchen is defined by an island/storage unit and the study/library nook is closed off by a large desk. The remainder of the ground floor is allocated to the living room and the exterior enclosed deck.

The upper level is dedicated to the more private spaces of the house, namely the bedrooms and bathroom. There are a total of three bedrooms, two of which are separated by a large storage closet. The third bedroom features its own balcony set directly above the decking area below. As is common in Japanese houses, the bathroom has been split up with a separate space for the toilet, shower and sink, and the soaking tub.

For more Japanese houses check out this origami inspired house in Japan’s Mie Prefecture by TSC Architects. Or this much more traditional structure called the Cottage of Tsumari that’s designed to act as a low-cost public building. See all Japanese houses.

HT Apartment in Hanoi - A Small Space for Five