This tiny house has been created by the Dutch construction-services company Heijmans as part of an affordable housing project. The project aims to provide young people with rental housing within bustling, high-profile cities like Amsterdam. 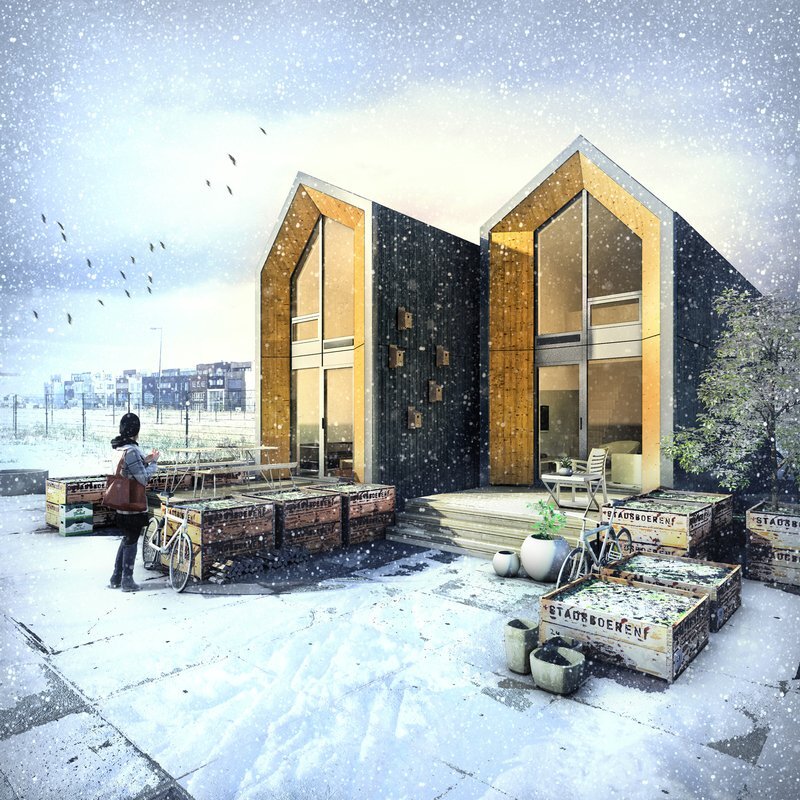 Called the Heijmans ONE, the tiny house serves starter home for $860 a month. It comes fully equipped and is a portable structure, meaning it can be placed wherever your city permits. Heijmans hopes that they will also be placed in less used, or forgotten urban areas to help stimulate development and economic growth. 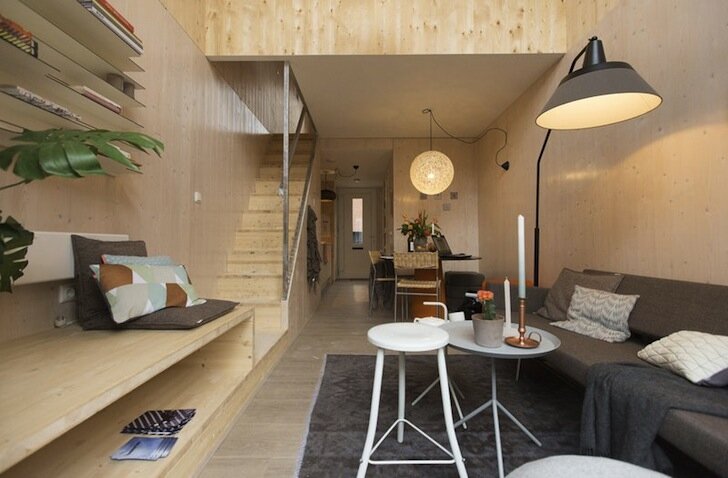 The prefab units are targeted at educated millennial’s between the ages of 25 and 35, who earn too much to qualify for social housing, but still not enough to secure good housing in the rental sector. It’s also this demographic who are likely to be searching for an urban lifestyle, near to their place of work. 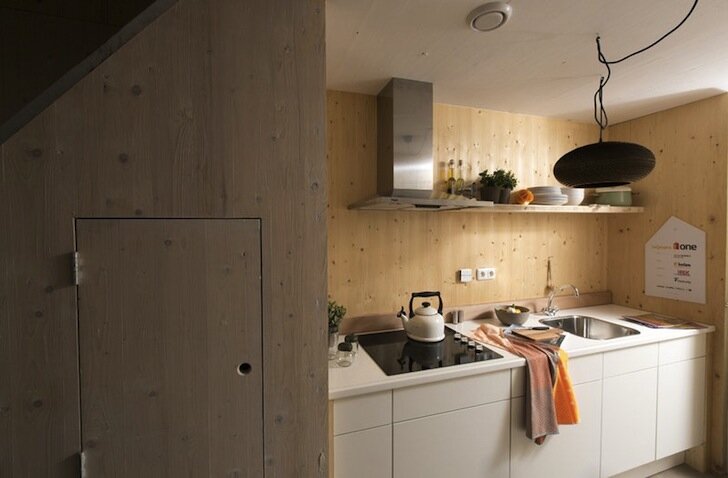 The Heijmans ONE has been designed for single occupancy, which is somewhat limiting, but judging from the photographs it could easily accommodate couples. In fact, it’s clear that the living spaces are intended for several people. 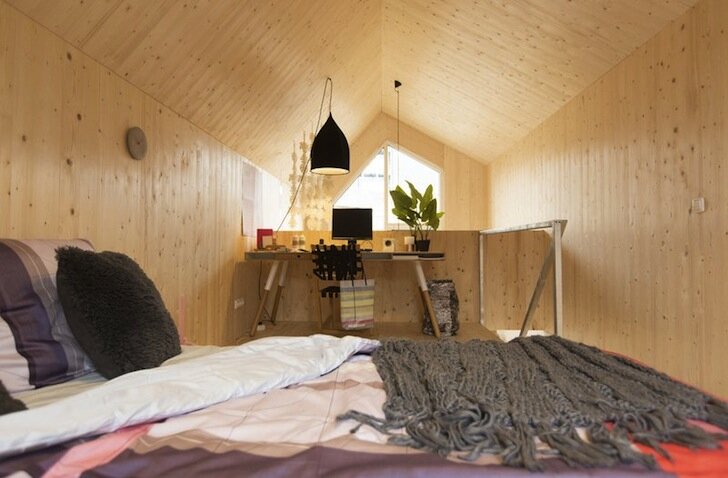 Each unit contains a kitchen, living room, dining area, bathroom and lofted bedroom. Both gable ends feature extensive glazing to create a bright interior, and the rear of the Heijmans ONE features a small exterior deck. The loft area also has a large custom-built storage closet for all your clothing needs. 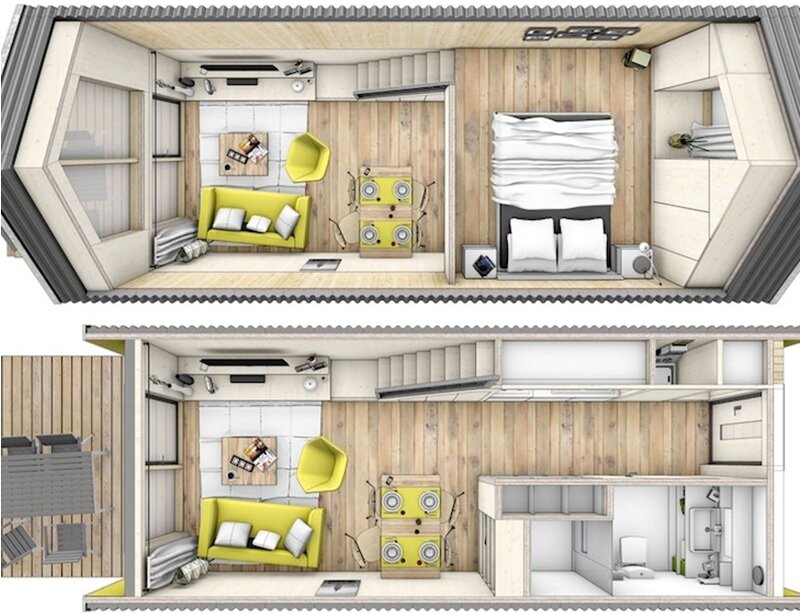 In a bid to keep costs low, the Heijmans ONE is prefabricated offsite. Once transported to the owners plot, it can be hooked up to services in a day. They also come with solar panels to help provide for some of the users electrical needs. Two models have already been installed at Zeeburgereiland in Amsterdam, and Heijmans hopes to launch another 30 throughout the Netherlands in 2015.

For more tiny houses check out INDAWO/lifepod, a modern tiny living unit based in South Africa. Or, this modern shepherds hut from Canadian company, Gute. See all tiny houses.

Via Inhabitat
Photos: Heijmans ONE

The Glass House - A Rustic Retreat In The Hills Of Wisconsin

A Modern Small Farmstead in Alberta by Bioi