This small studio can be found on the grounds of Dovecote Studio campus, an internationally renowned music campus at Snape Maltings. The new studio space has been slotted in between the ruins of what was once a two-storey brick dovecote. 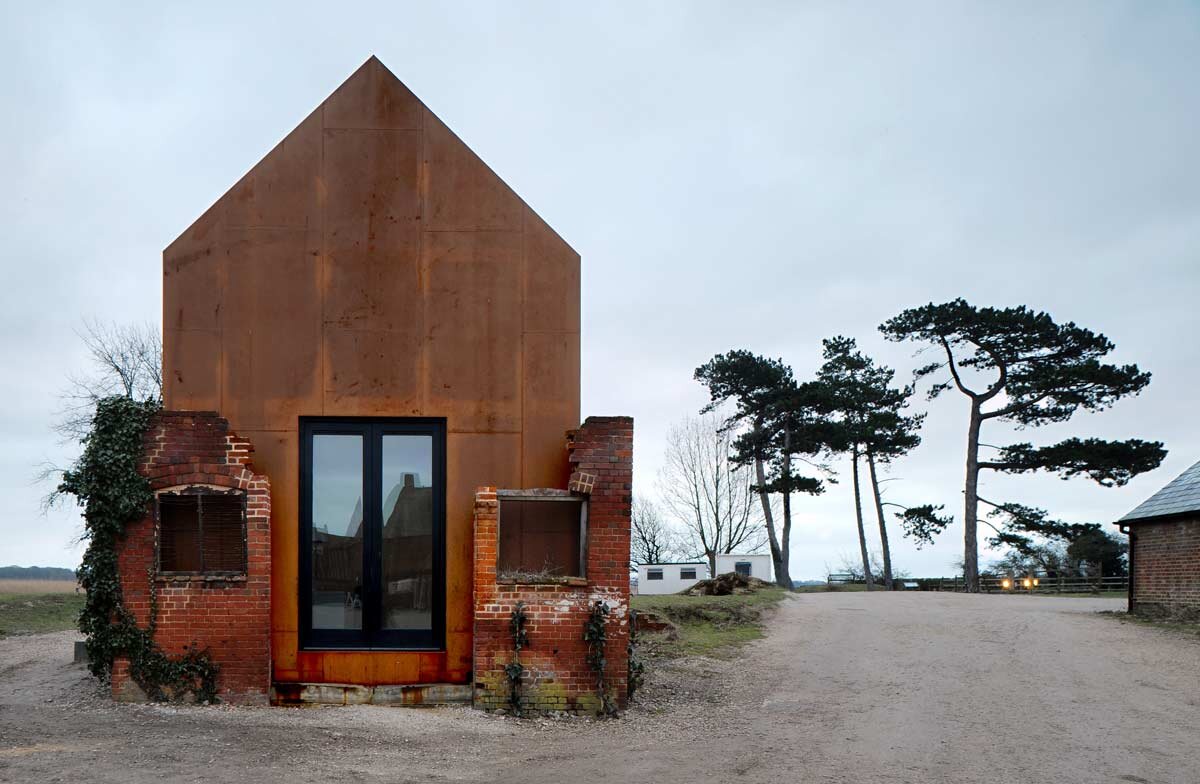 The London based firm Haworth Tompkins were responsible for creating a design that would merge the old with the new. The result is a small but ample, weathering Corten steel structure that pays tribute to the existing structure. The rust-red of the steel almost matches that of the crumbling red brick walls.

From the architects: “The result is a building that from a distance evokes the ghost of the original structure, but, seen from close to, reveals itself as entirely new.” In contrast to the outside, the interior is a bright modern space, clad with plywood and lit by several windows, doors and a skylight.

The studio has been designed to cater for several different uses including an art studio, a rehearsal or performance space, exhibitions, or even to house an artist in residence. The bulk of the first floor is taken up by an open space, with a small kitchenette in one corner.

A small staircase leads up to a mezzanine area which can serve as storage, a viewing platform, or as a sleeping area. The windows have been positioned so as to create viewpoints out over the campus and surrounding countryside.

The use of basic materials – a steel exterior, plywood interior walls and a concrete floor – with very little fixtures and furnishings, help to create a space that’s free of distraction. Instead, it opts to promote the creativity of the occupant(s).

For more studios check out Loom, a small creative space in Aspen by 1 Friday Design Collaborative. Or, the Banyan Treehouse, a 170 square foot retreat. See all studios.

Hibarigaoka S House Makes the Most of A Small Lot