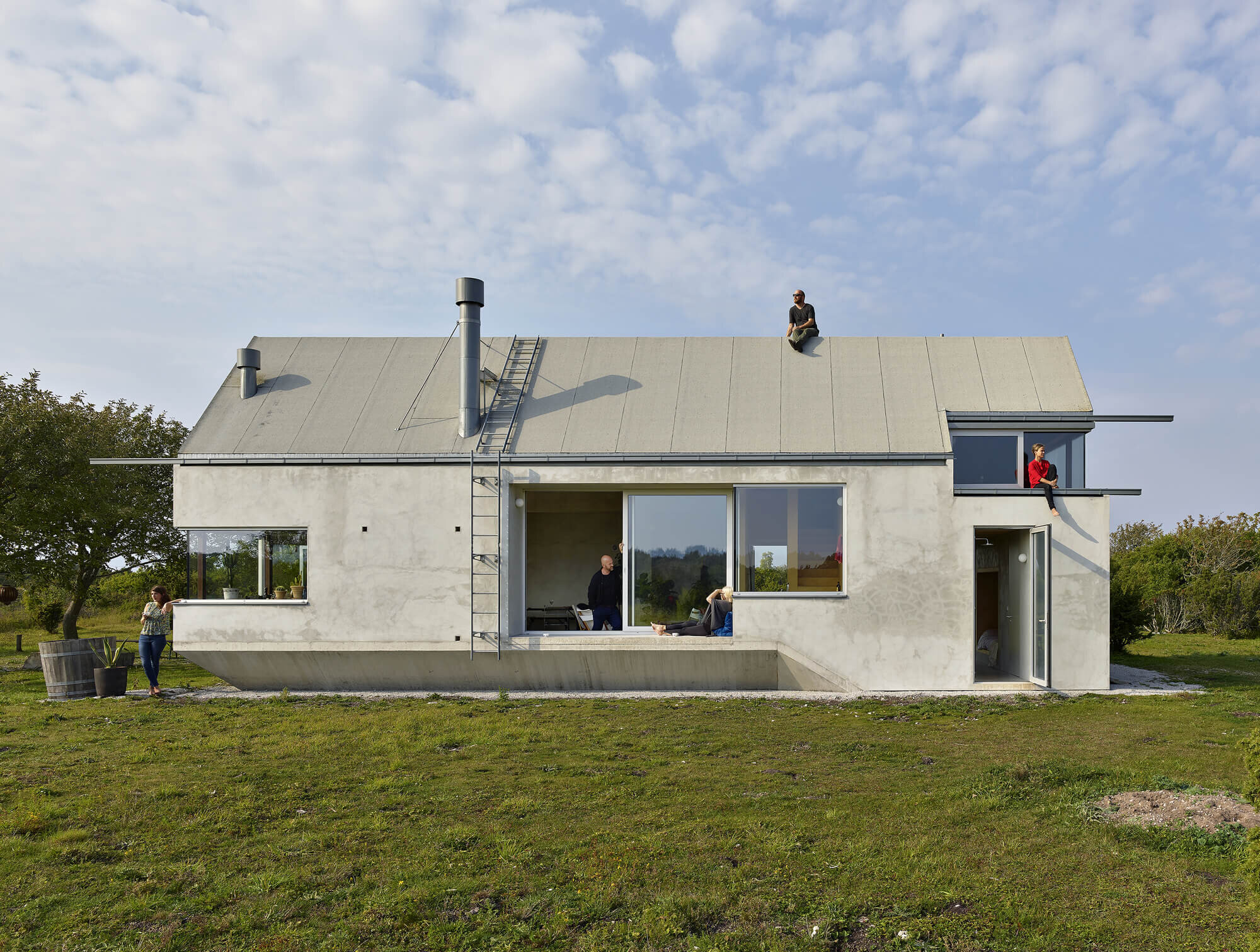 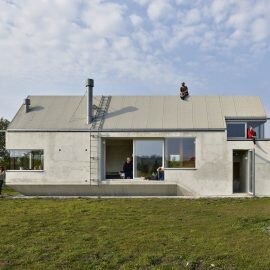 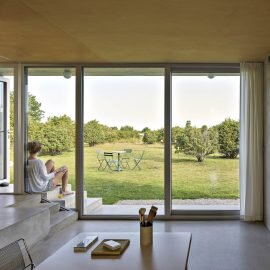 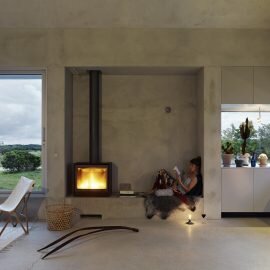 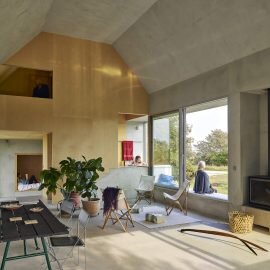 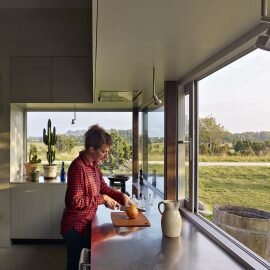 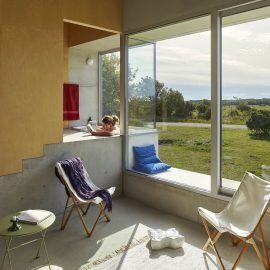 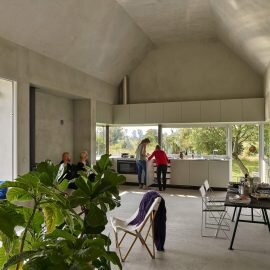 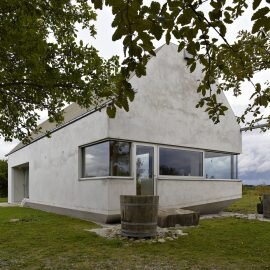 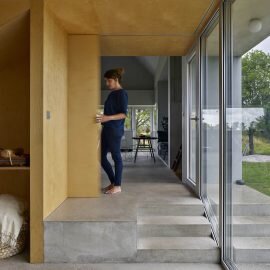 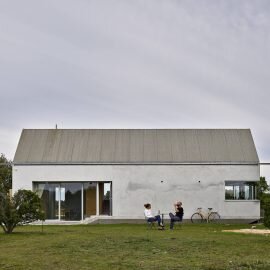 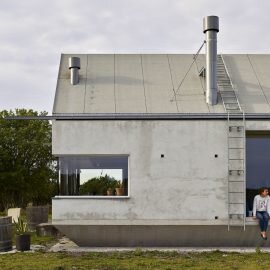 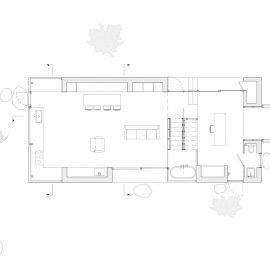 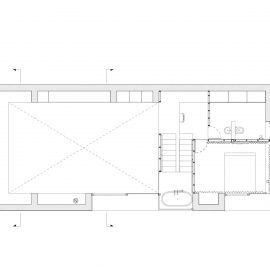 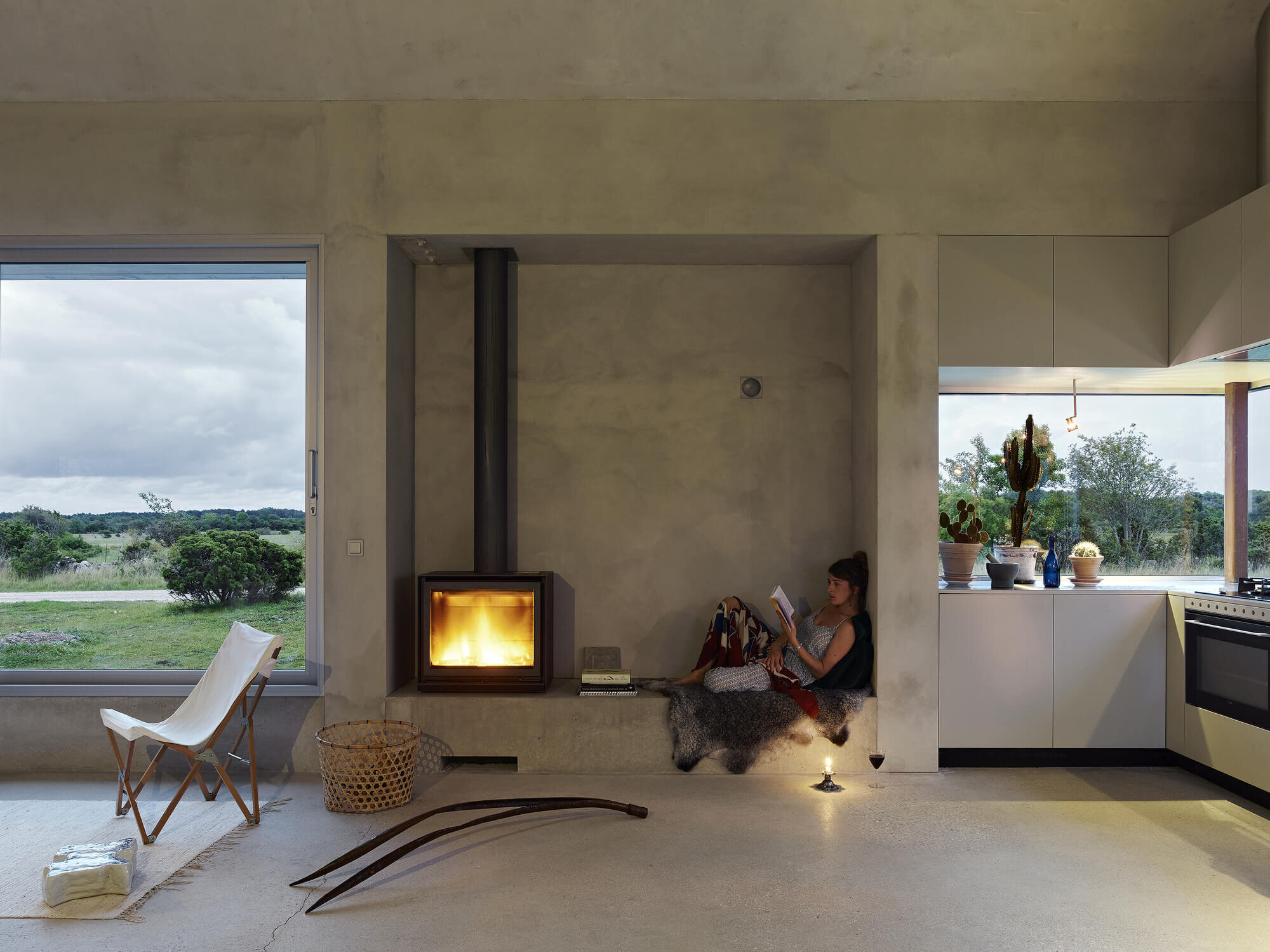 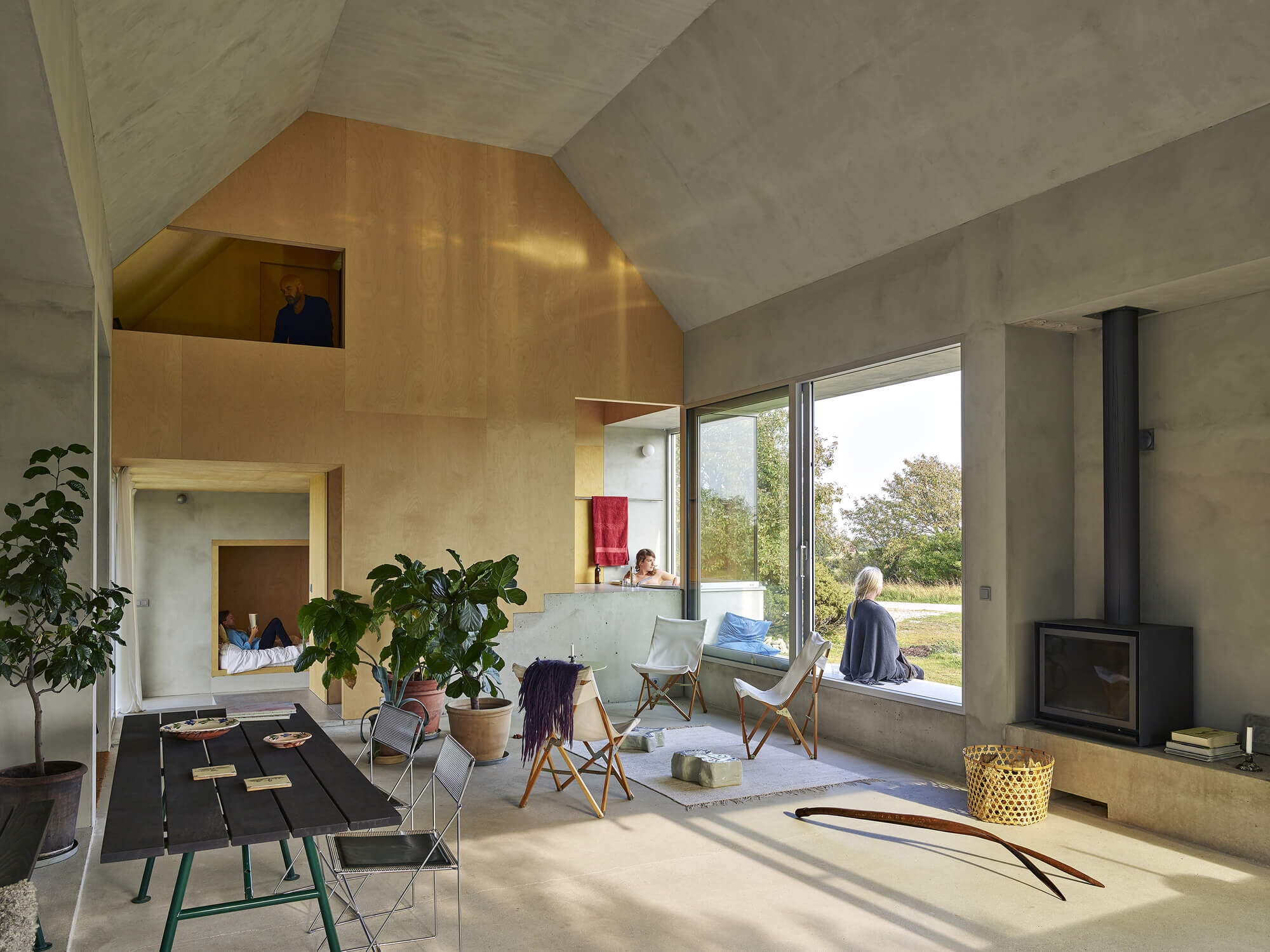 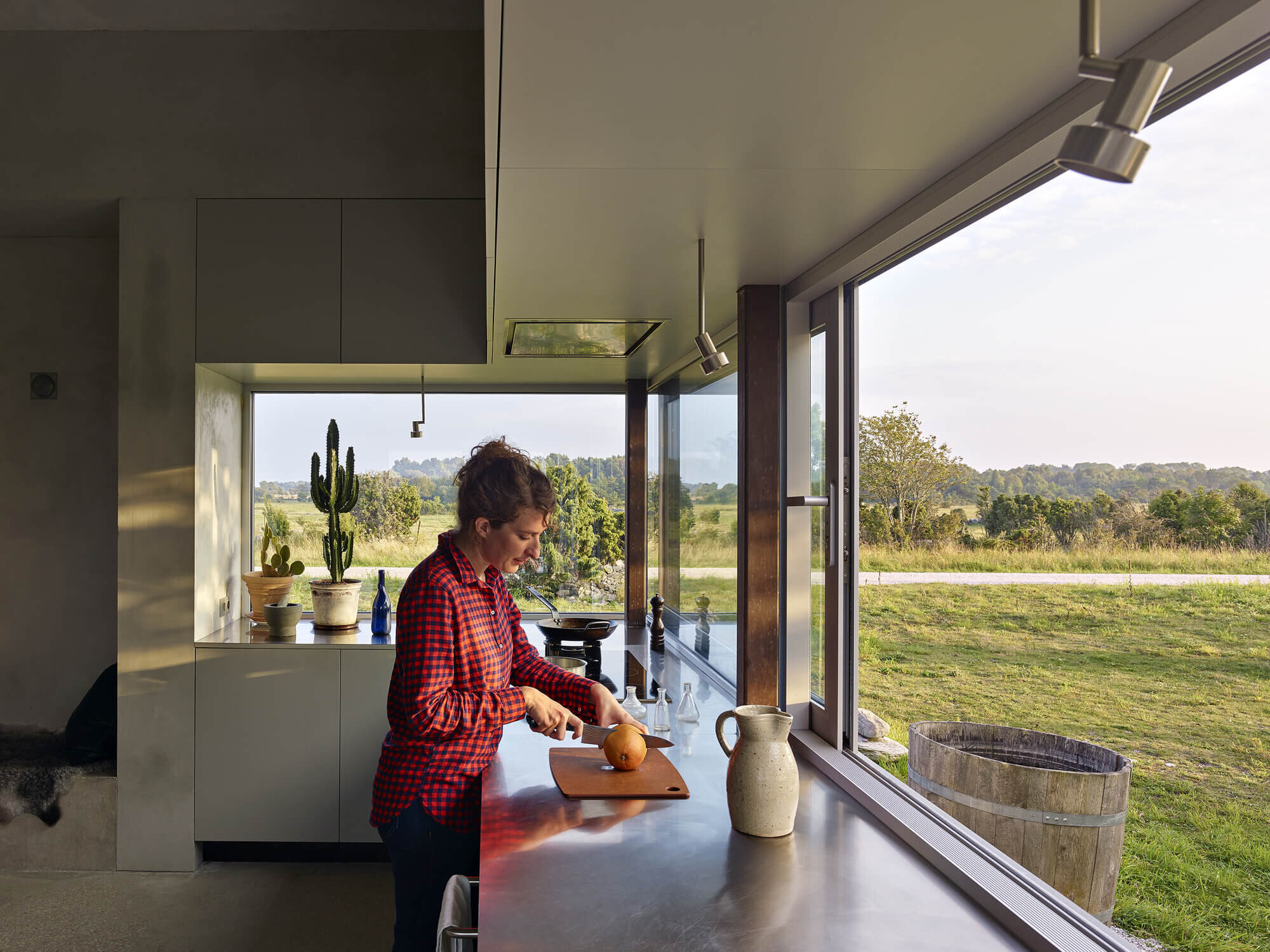 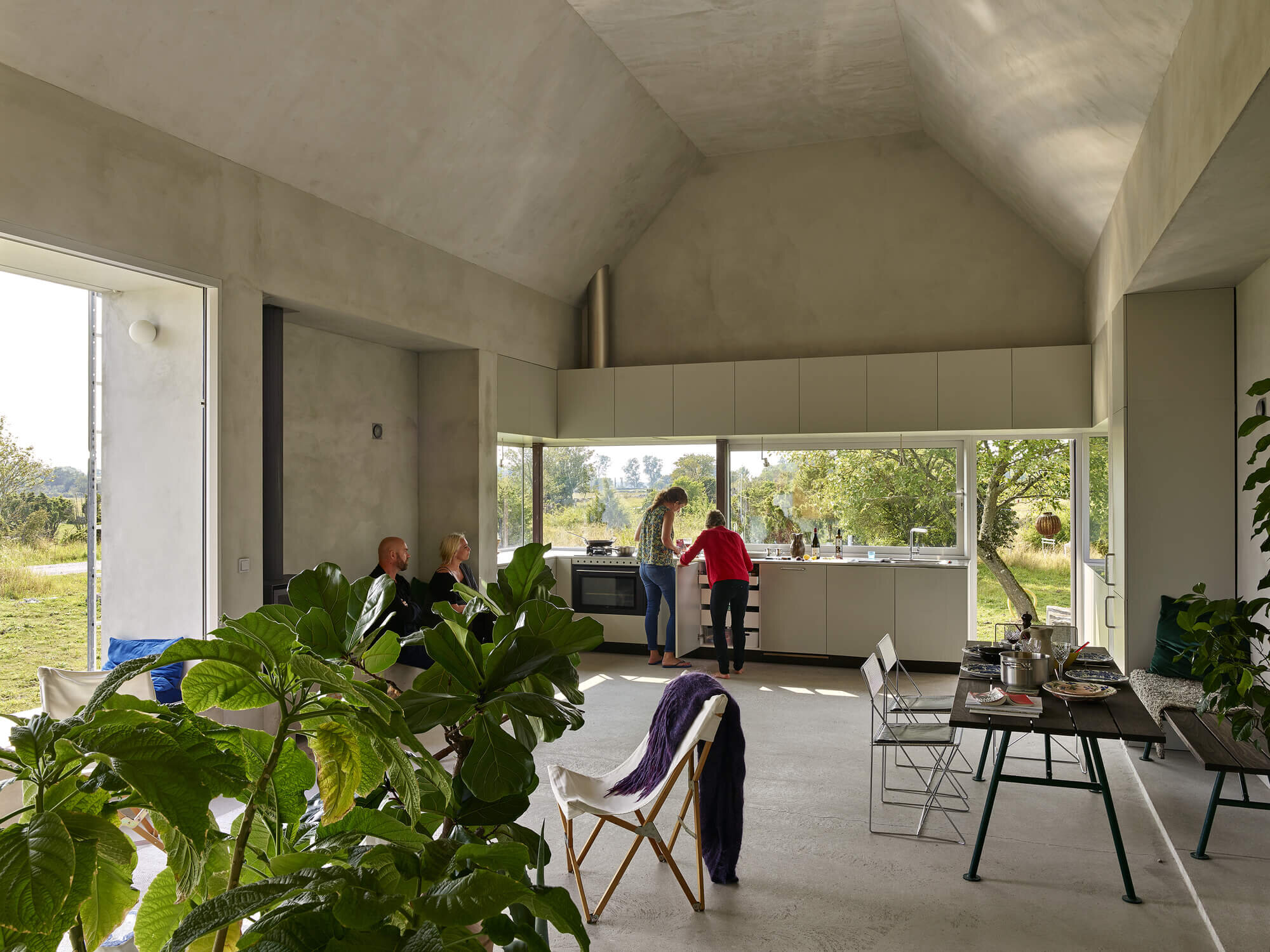 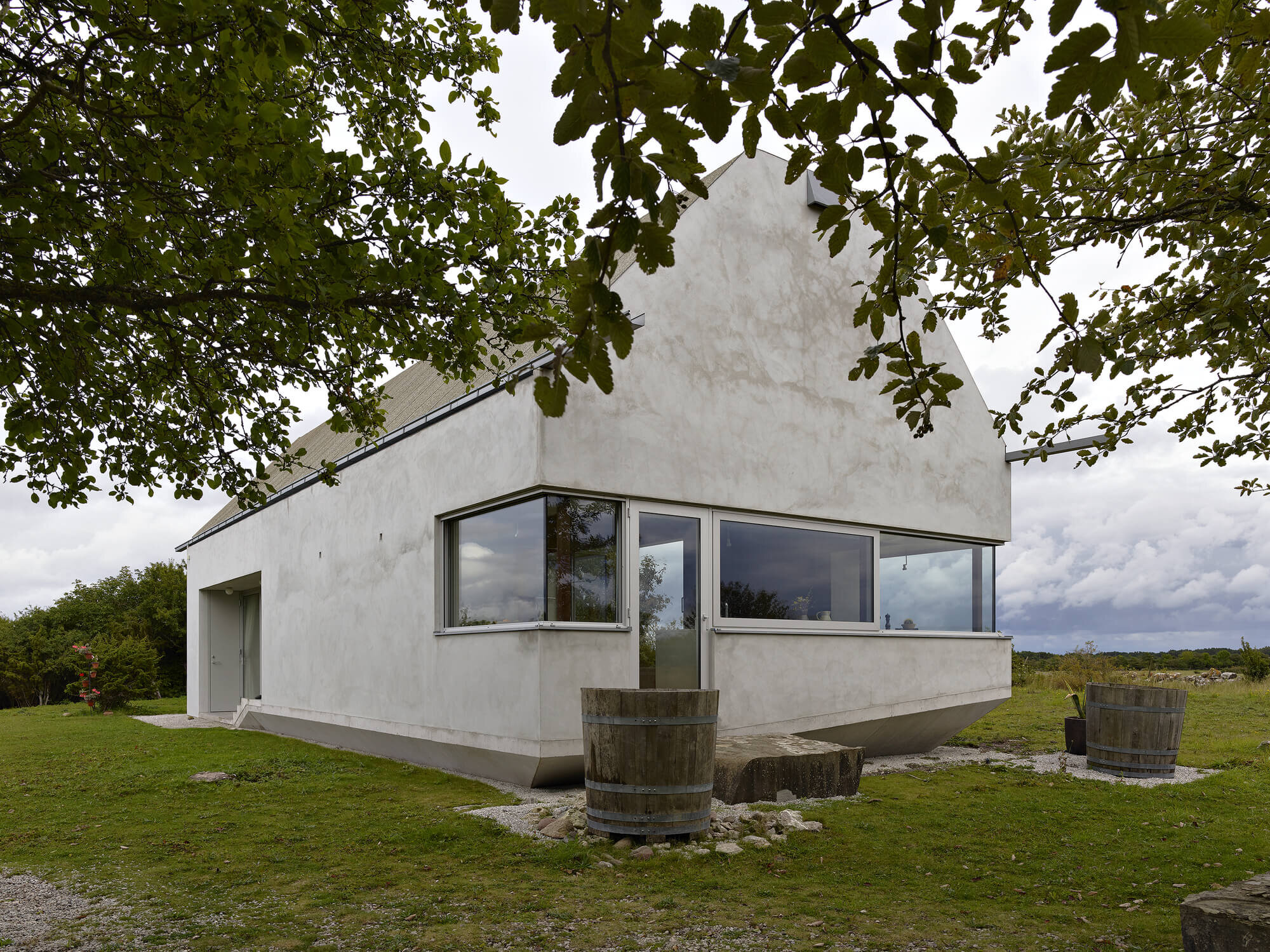 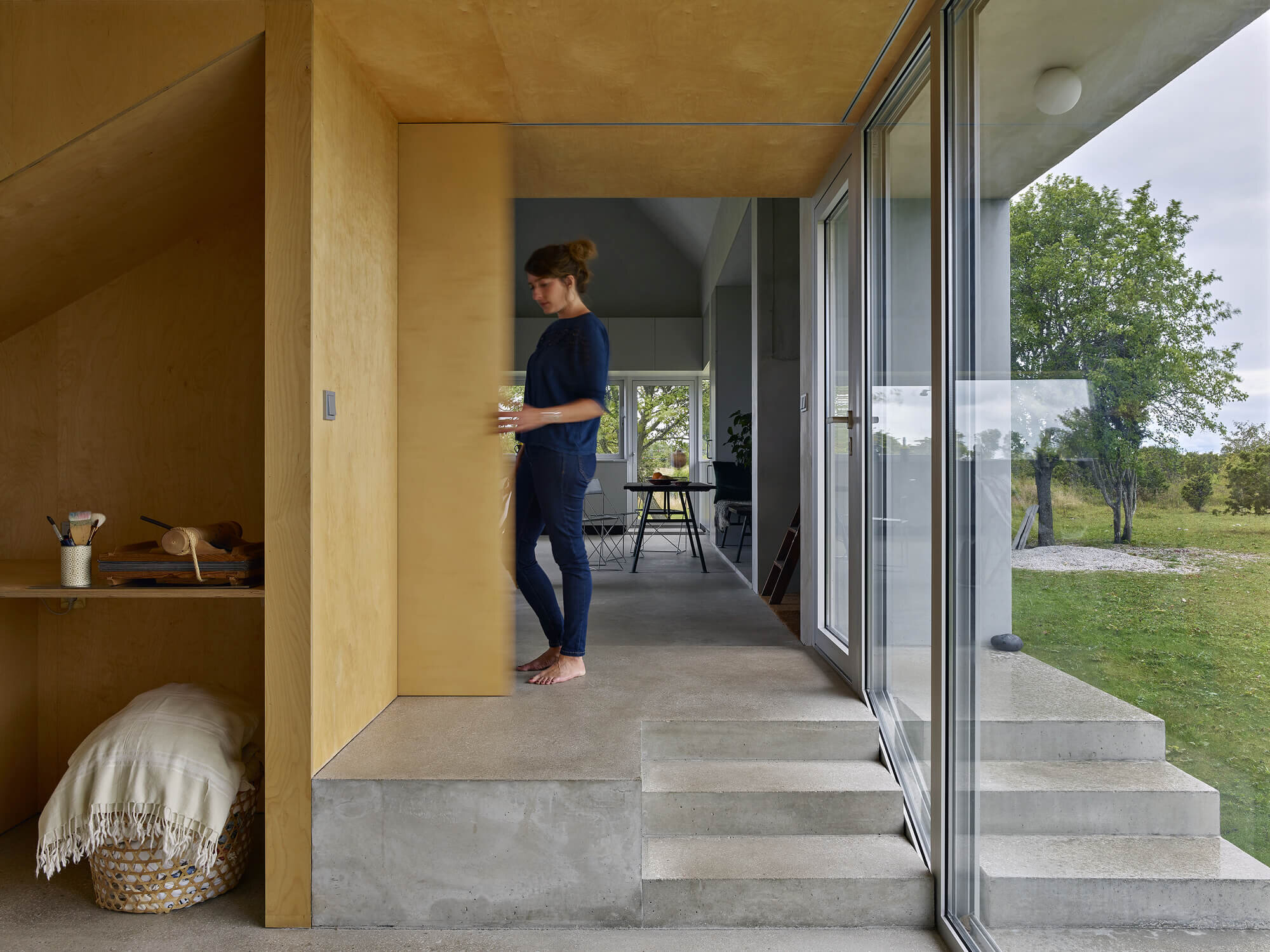 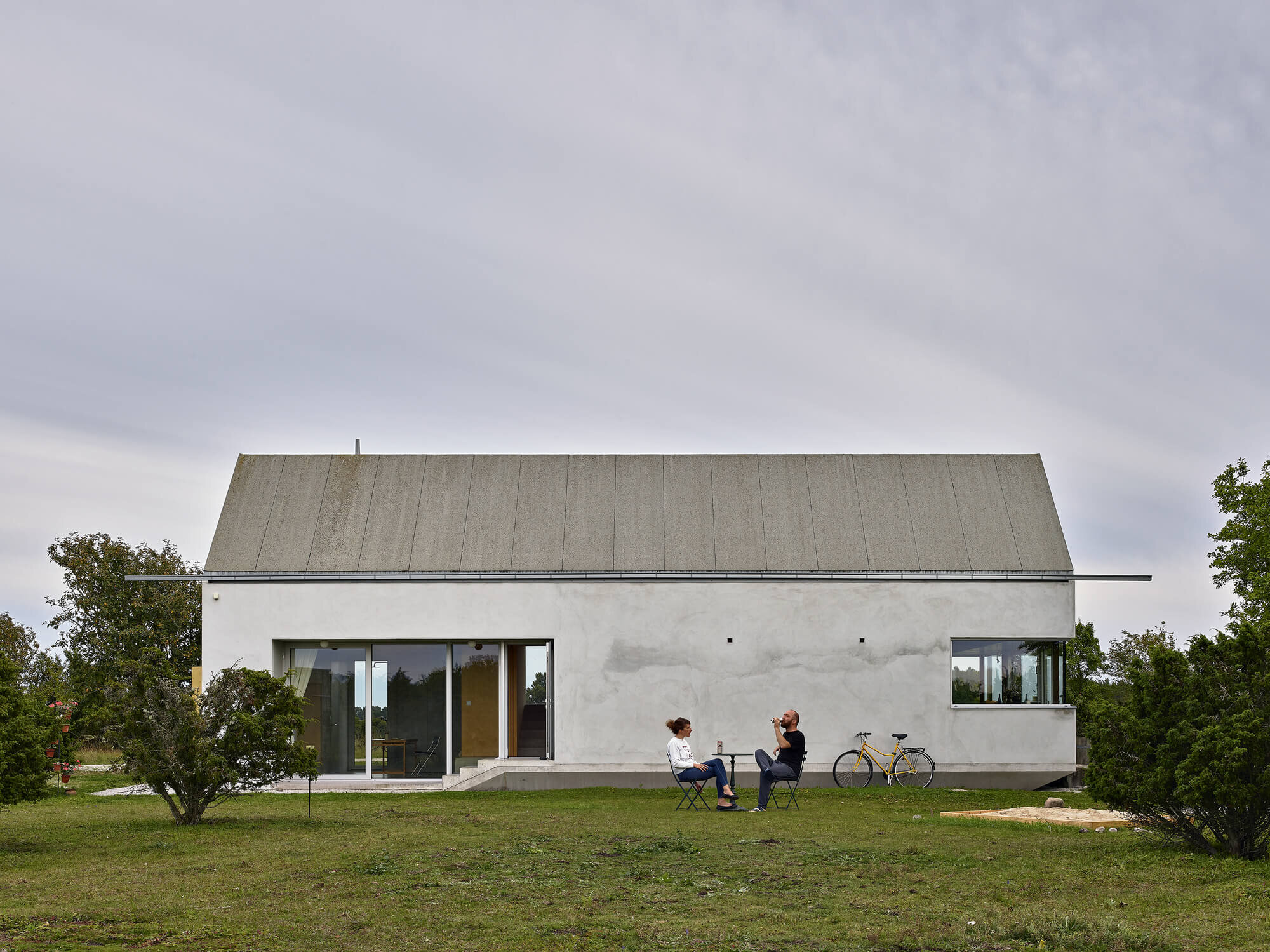 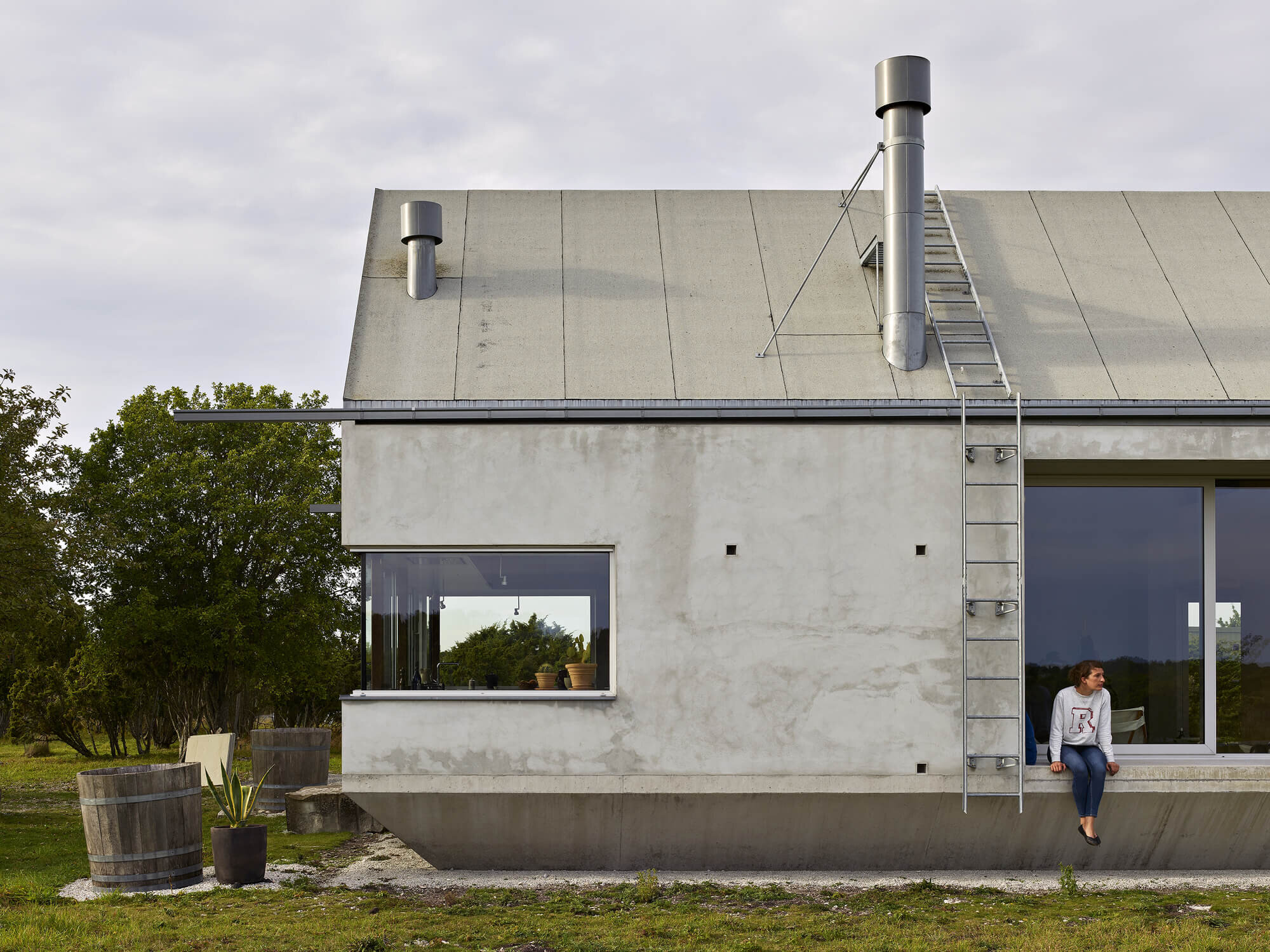 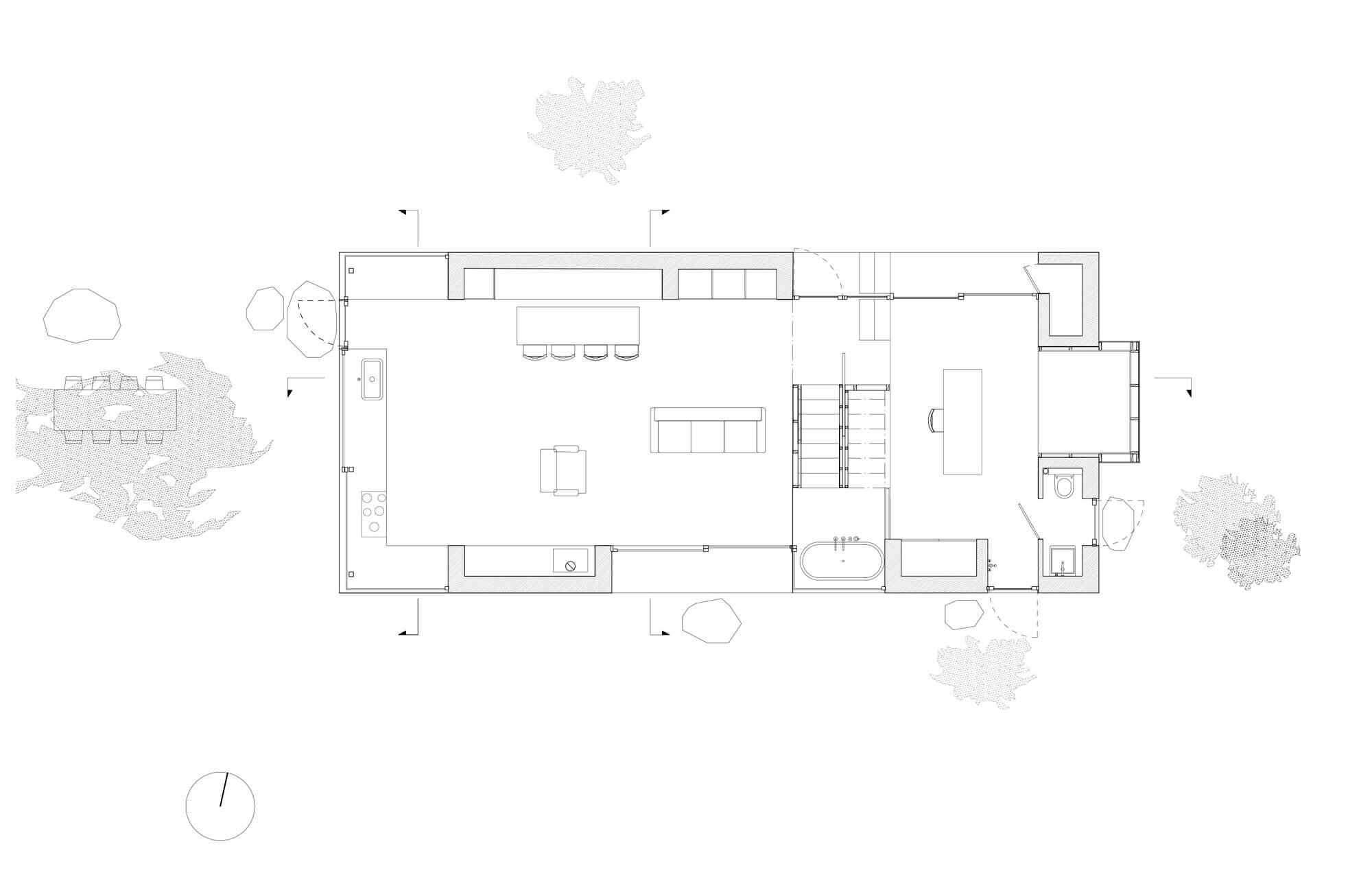 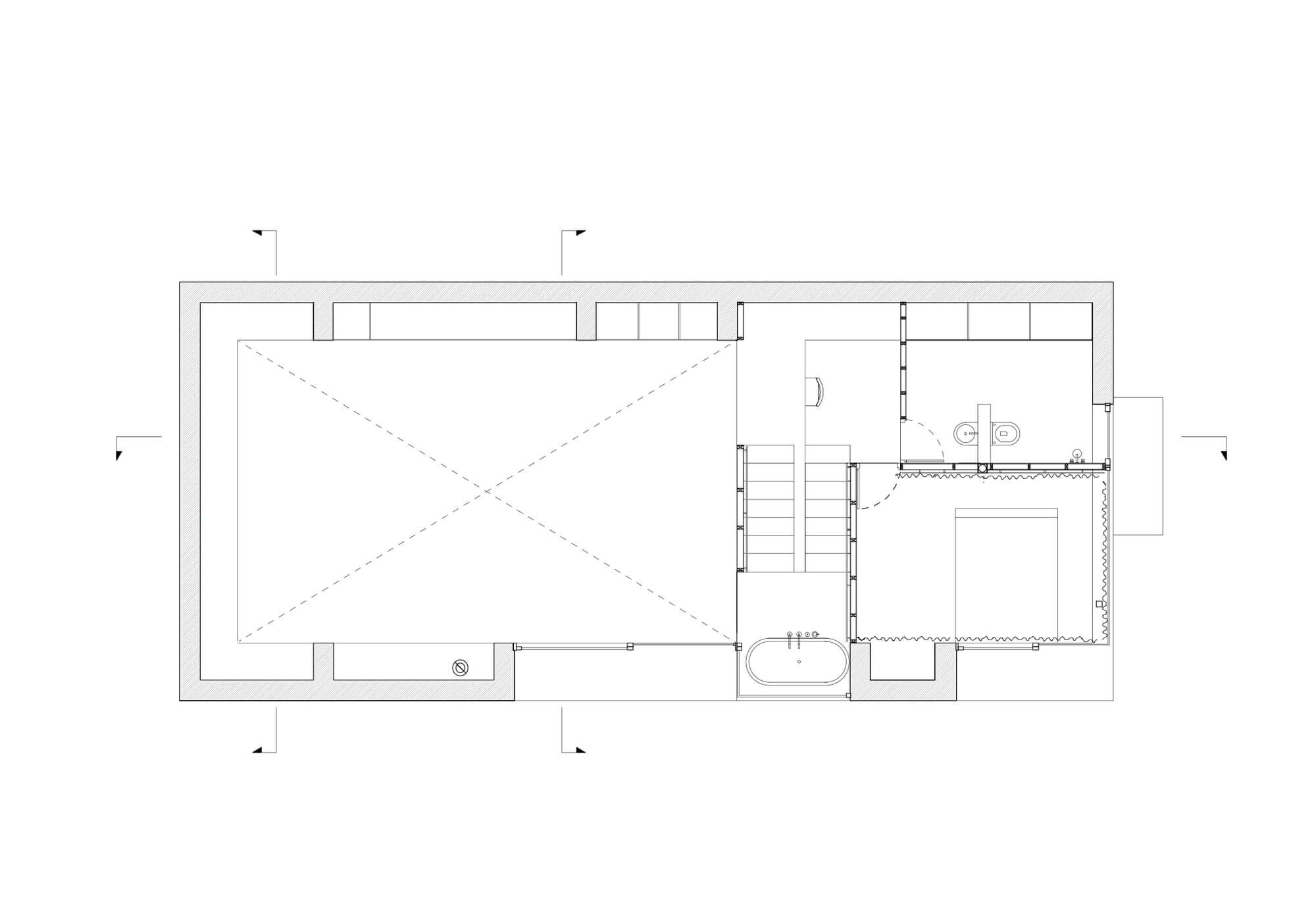 This residence, designed by the French-based architecture firm Collectif Encore, was nominated for the Kasper Salin award – one of Sweden’s most prestigious architecture awards.

The property itself is a relatively small, back to basics home. It was designed by Encore and built in 2017 under the careful eye of architect Anna Chavepayre.

At 1,399-square-feet (130-square-meters) the home is one of the largest that we’ve featured, but it’s simple no-nonsense design helps bring it into the realm of humble.

This studio residence has been given an unusual and very personal expression. Its architecture creates a diversity of spatial qualities both indoors and outdoors. – Swedish Architects’ Association

The property features a number of window and door openings that can be pulled back to open the interior to the exterior. The ability to open the house to the outside world increases the ways in which it can be used, and it’s this flexibility – in part – which lead to its nomination.

“Several of the house’s façades can be opened… [granting] the house with multiple specific situations and scenarios creates a set of unique relations and connections.

The building itself is unassuming. It’s a simple gable end structure plonked in the Swedish countryside. Gray seems to be the finish of choice (although it may be that the rendered walls were painted at a later date) featuring heavily both inside and out.

The interior is largely open plan, spare for the bathroom. The staircase acts as a divider between the kitchen, living room and dining area and the rest of the home (namely, an office). The second floor contains another workstation, a bathtub, and a bedroom.