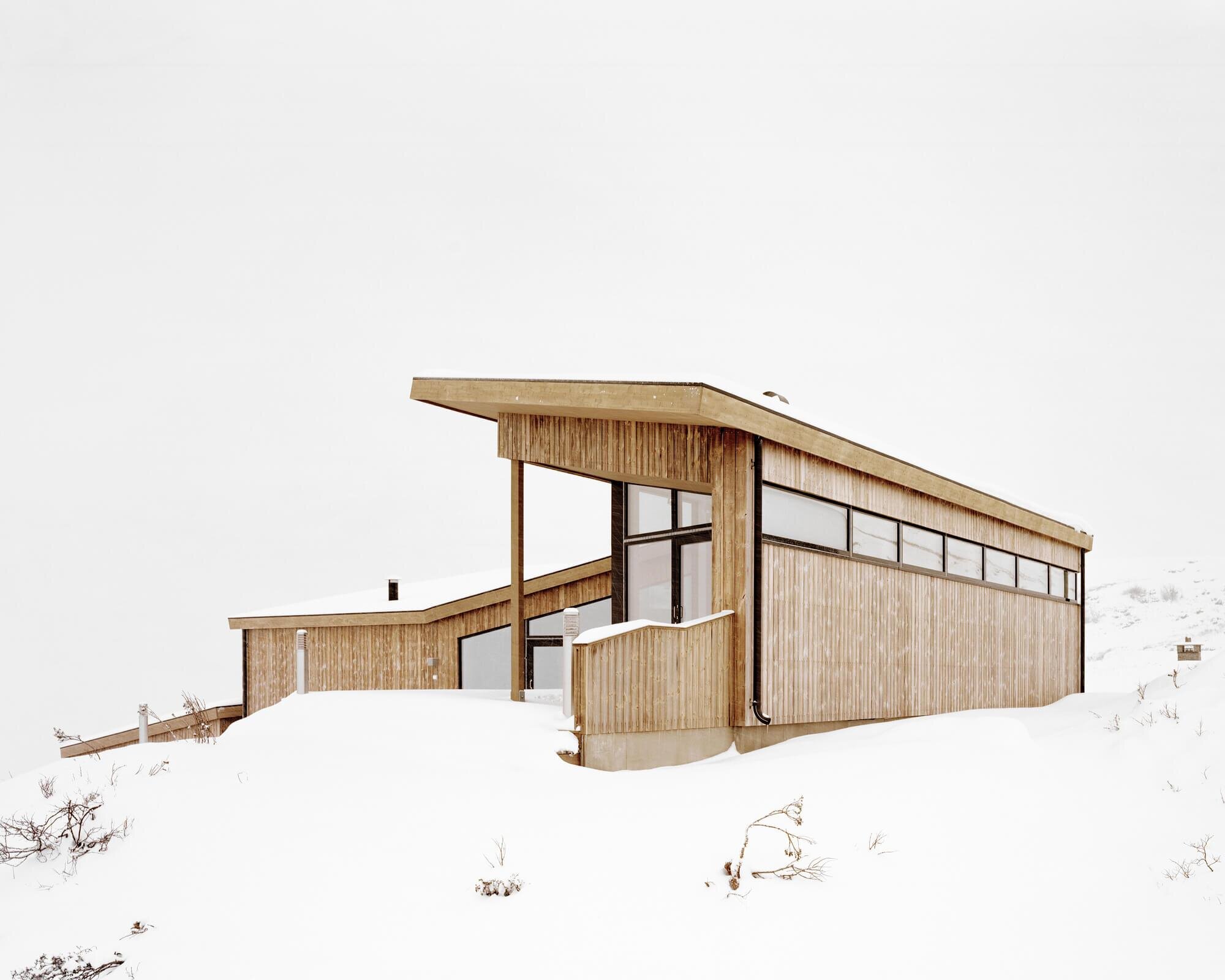 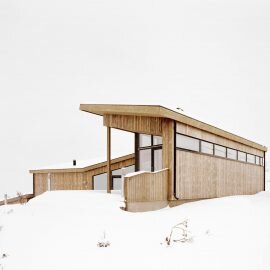 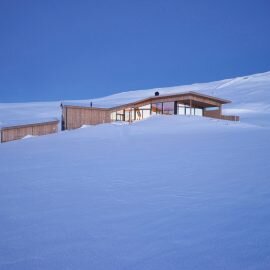 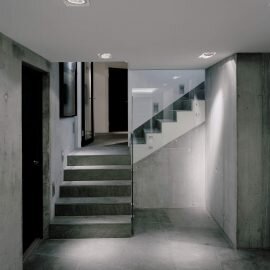 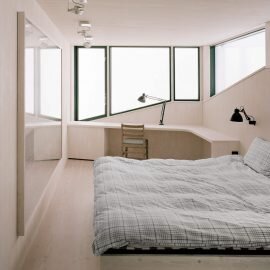 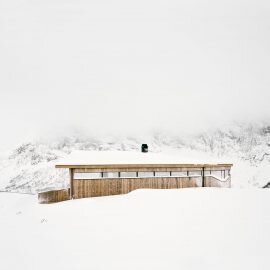 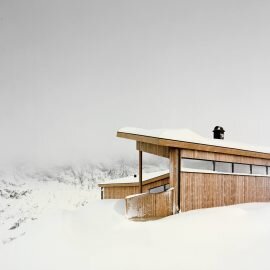 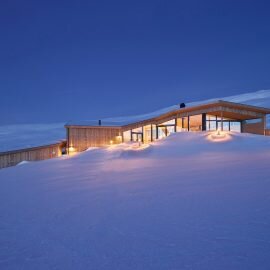 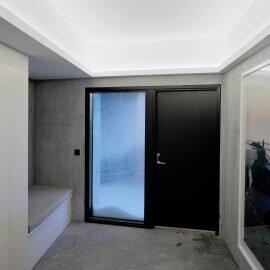 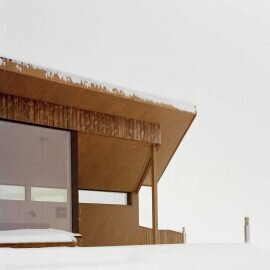 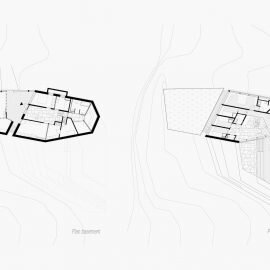 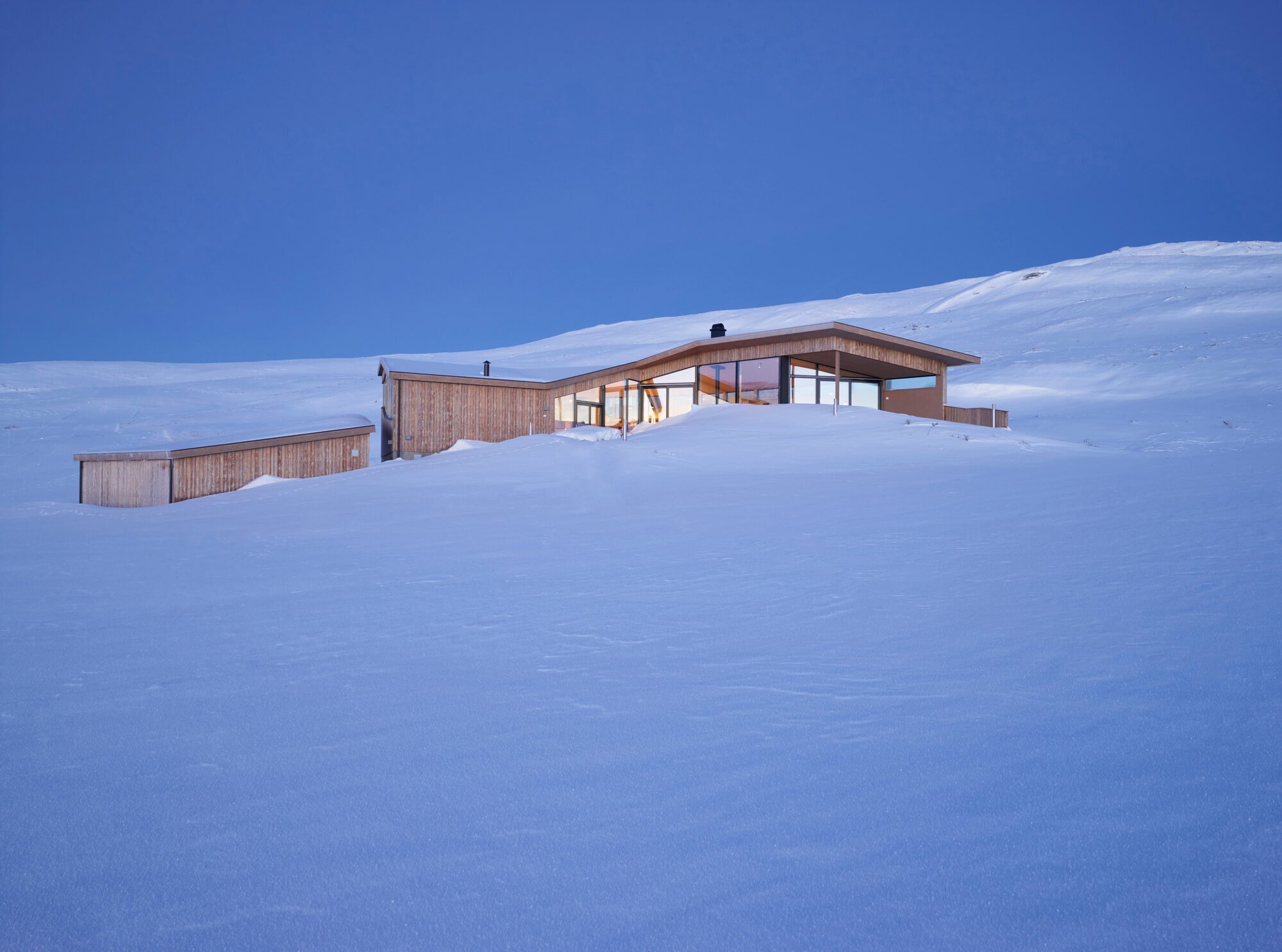 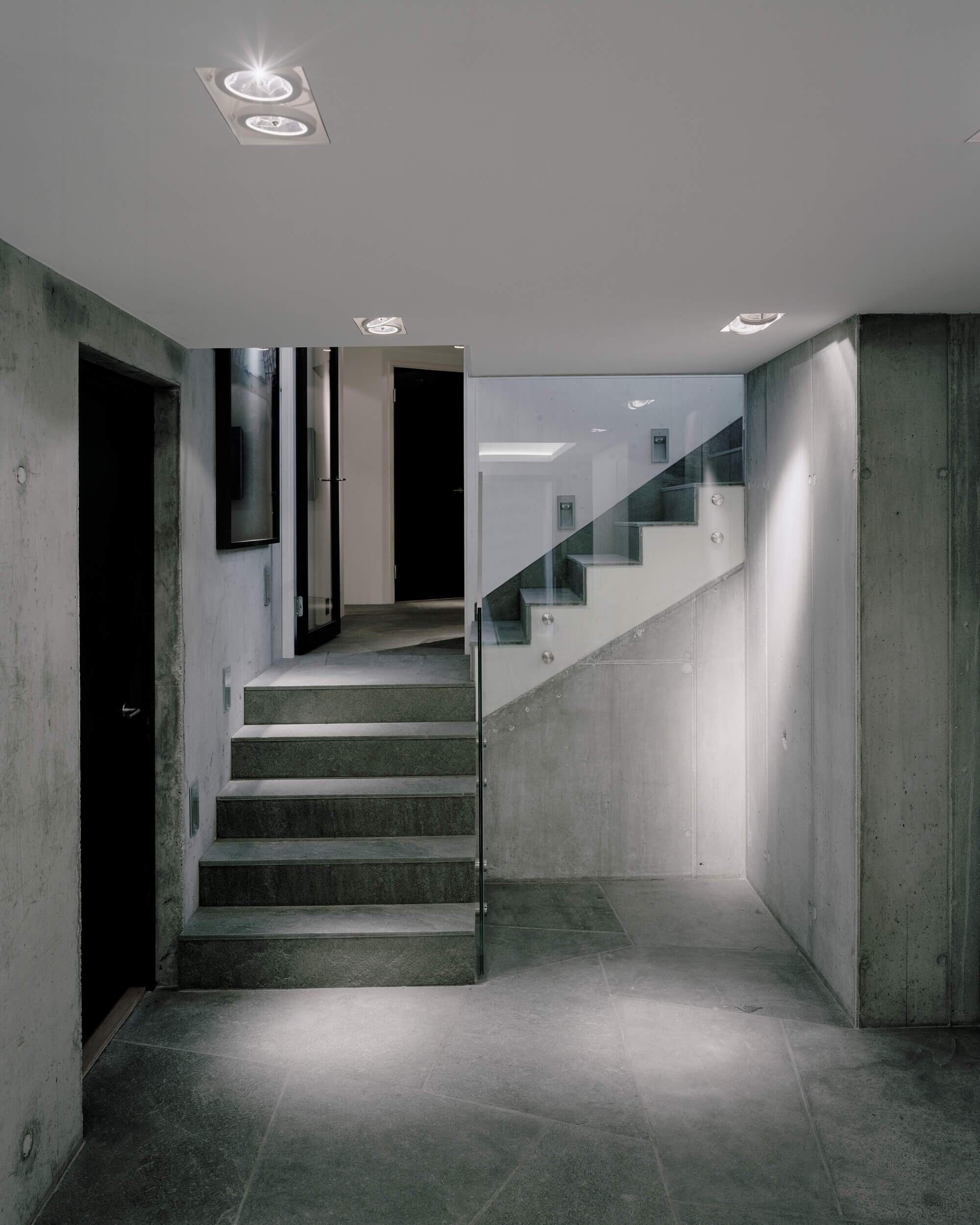 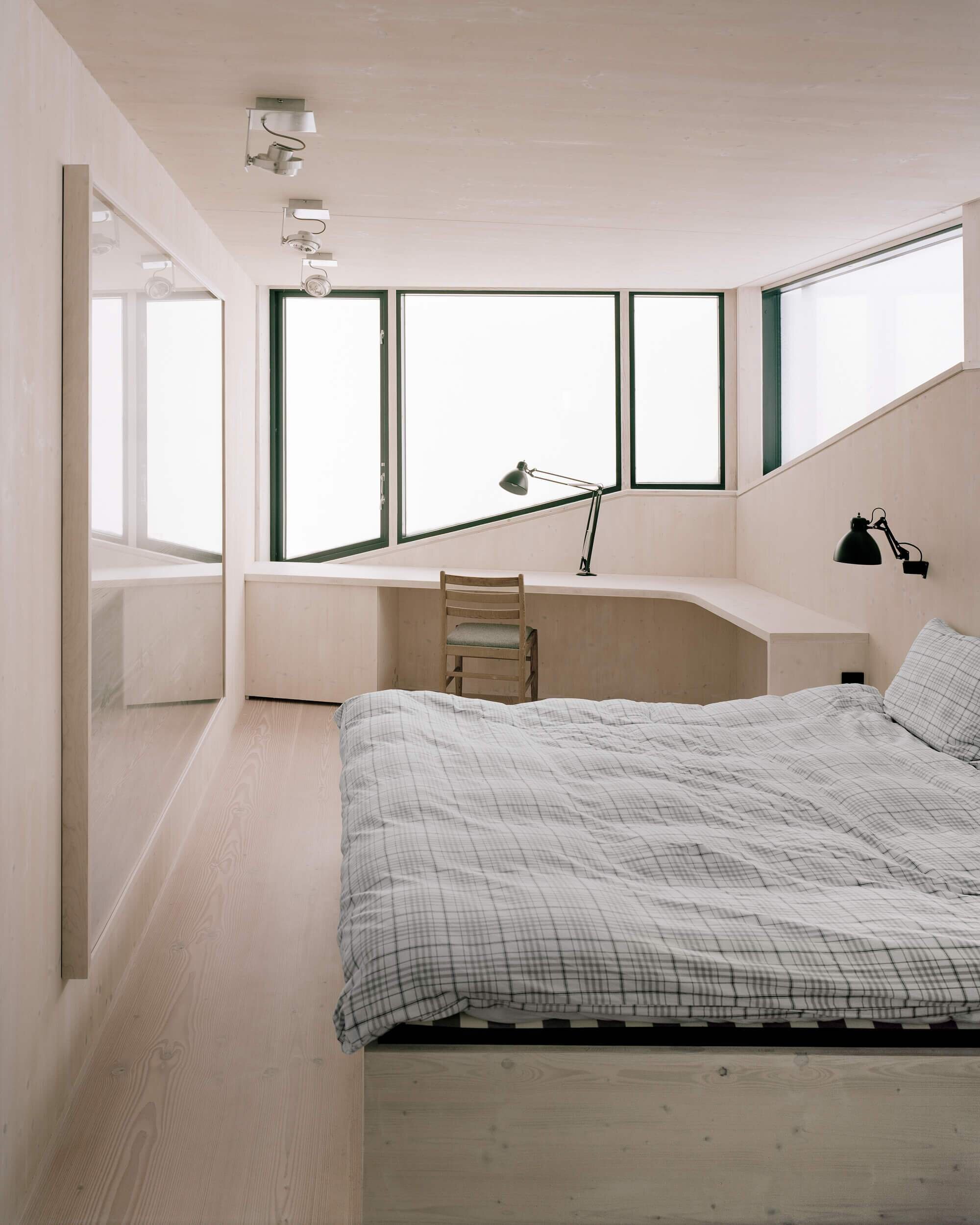 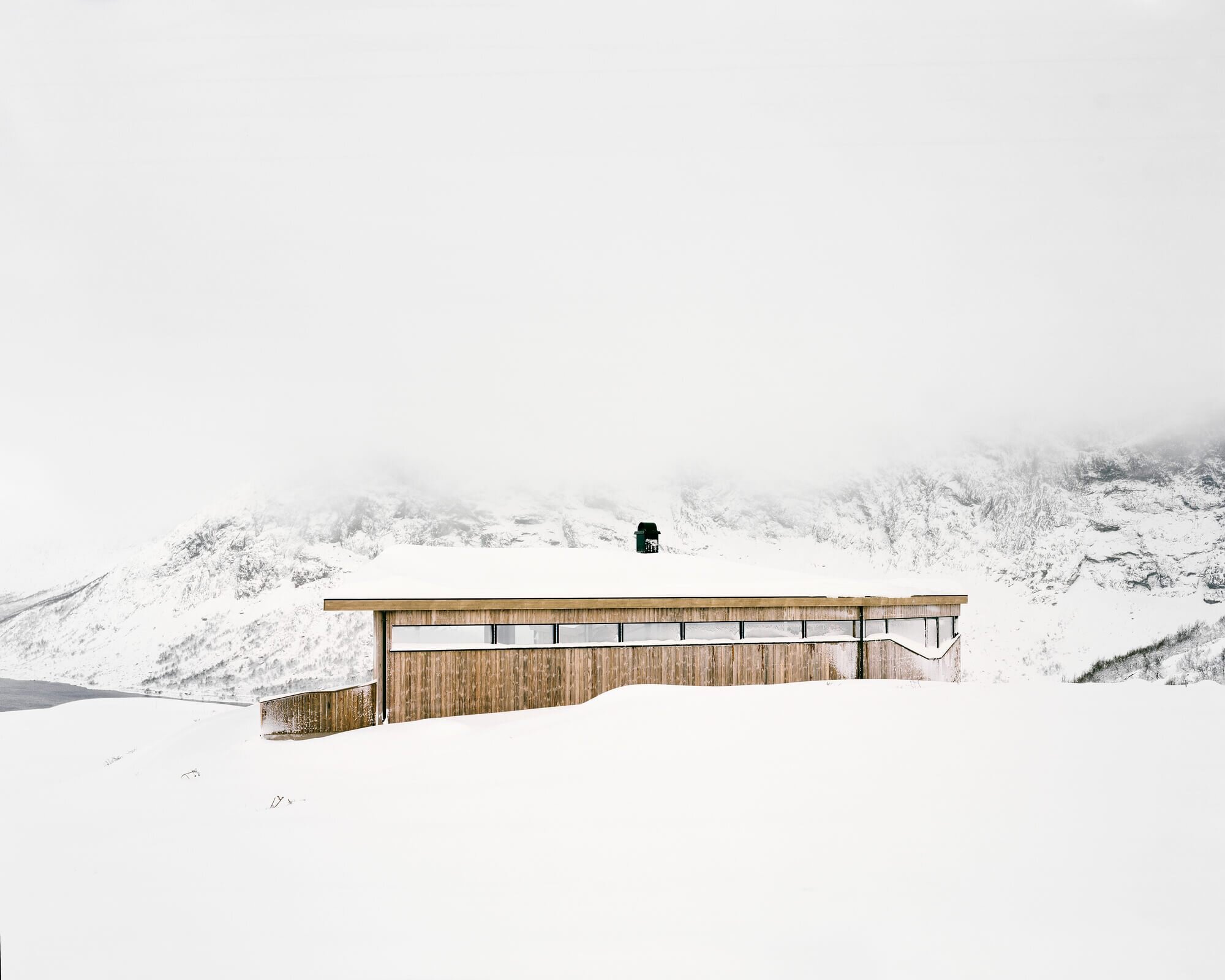 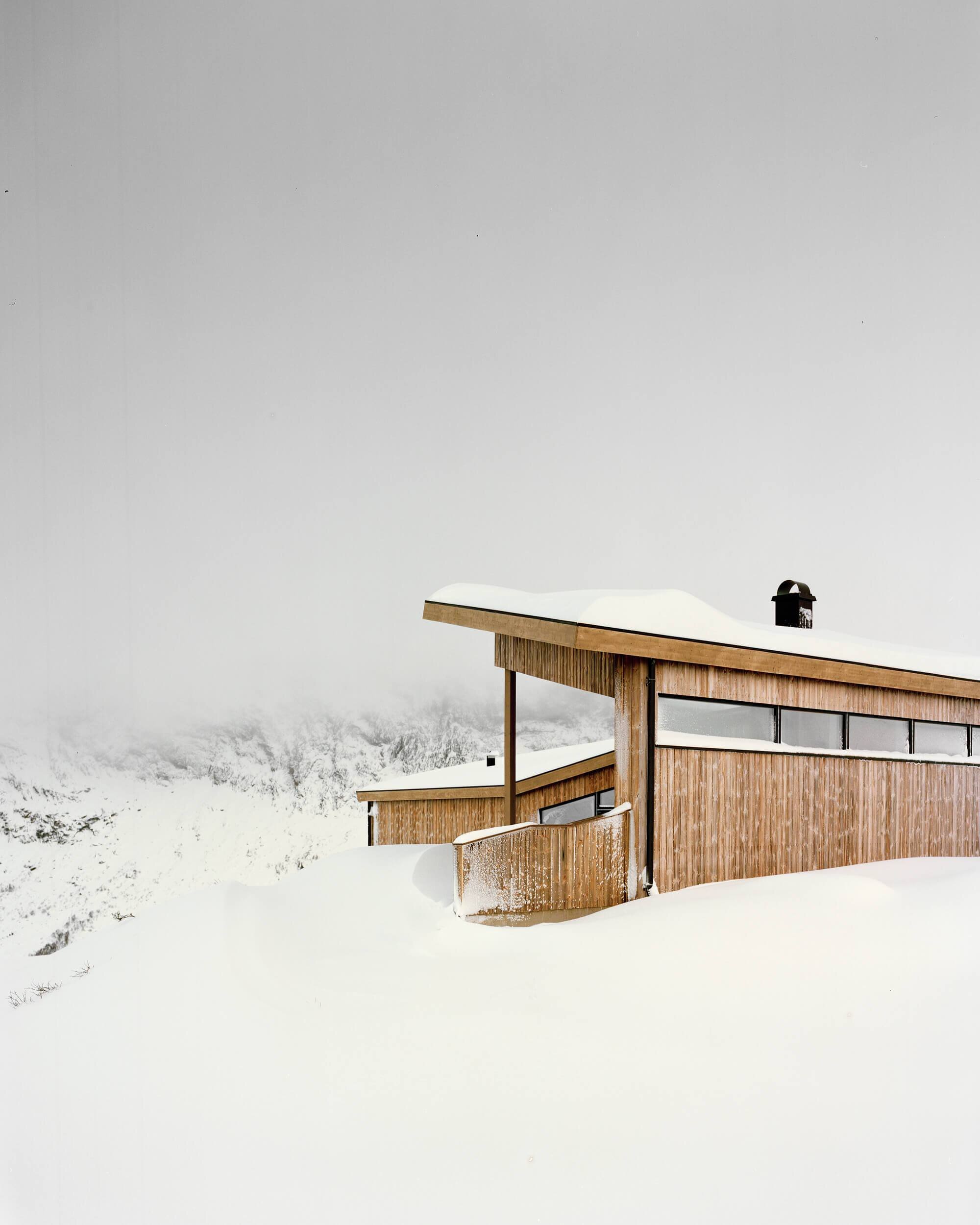 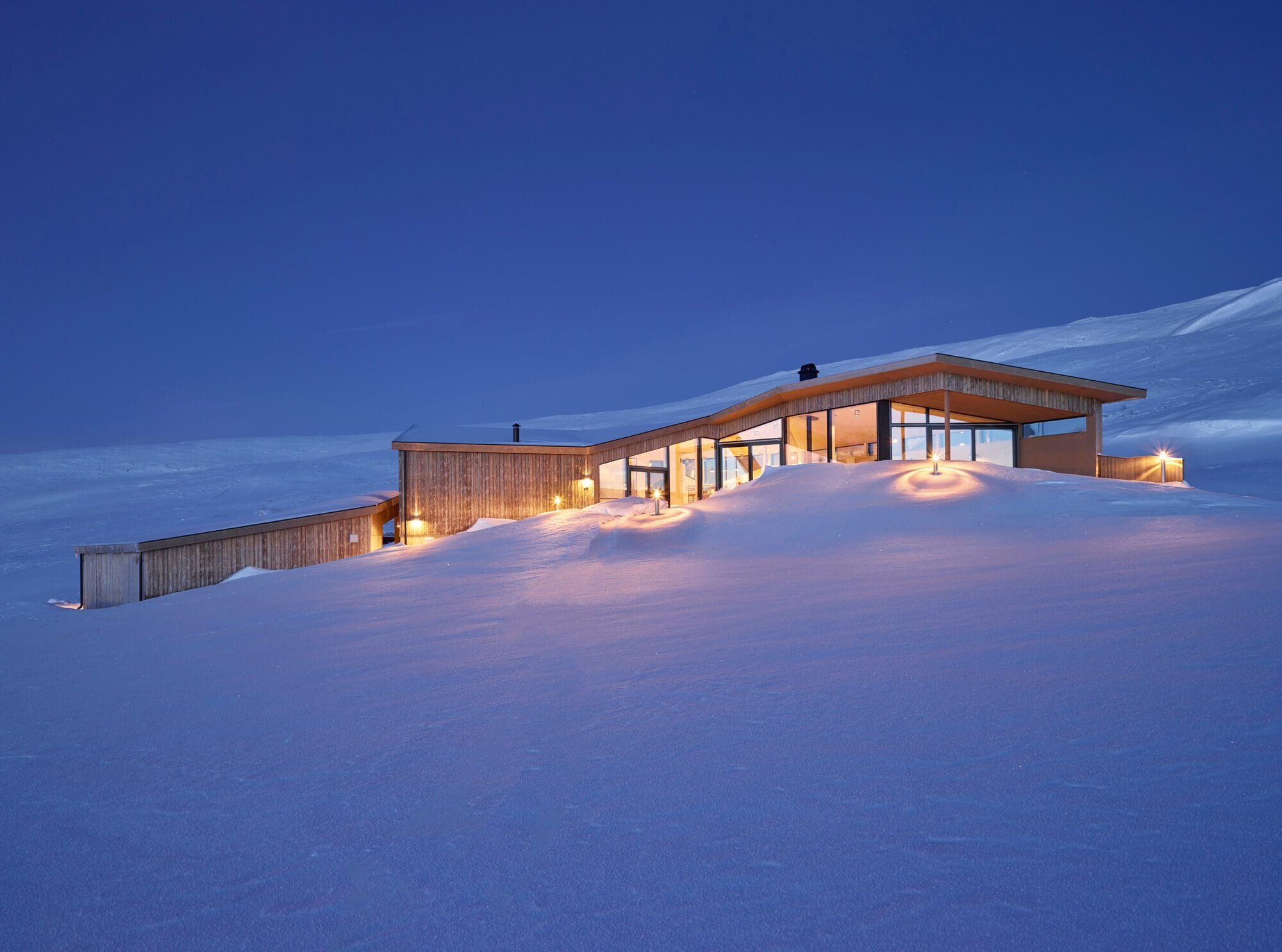 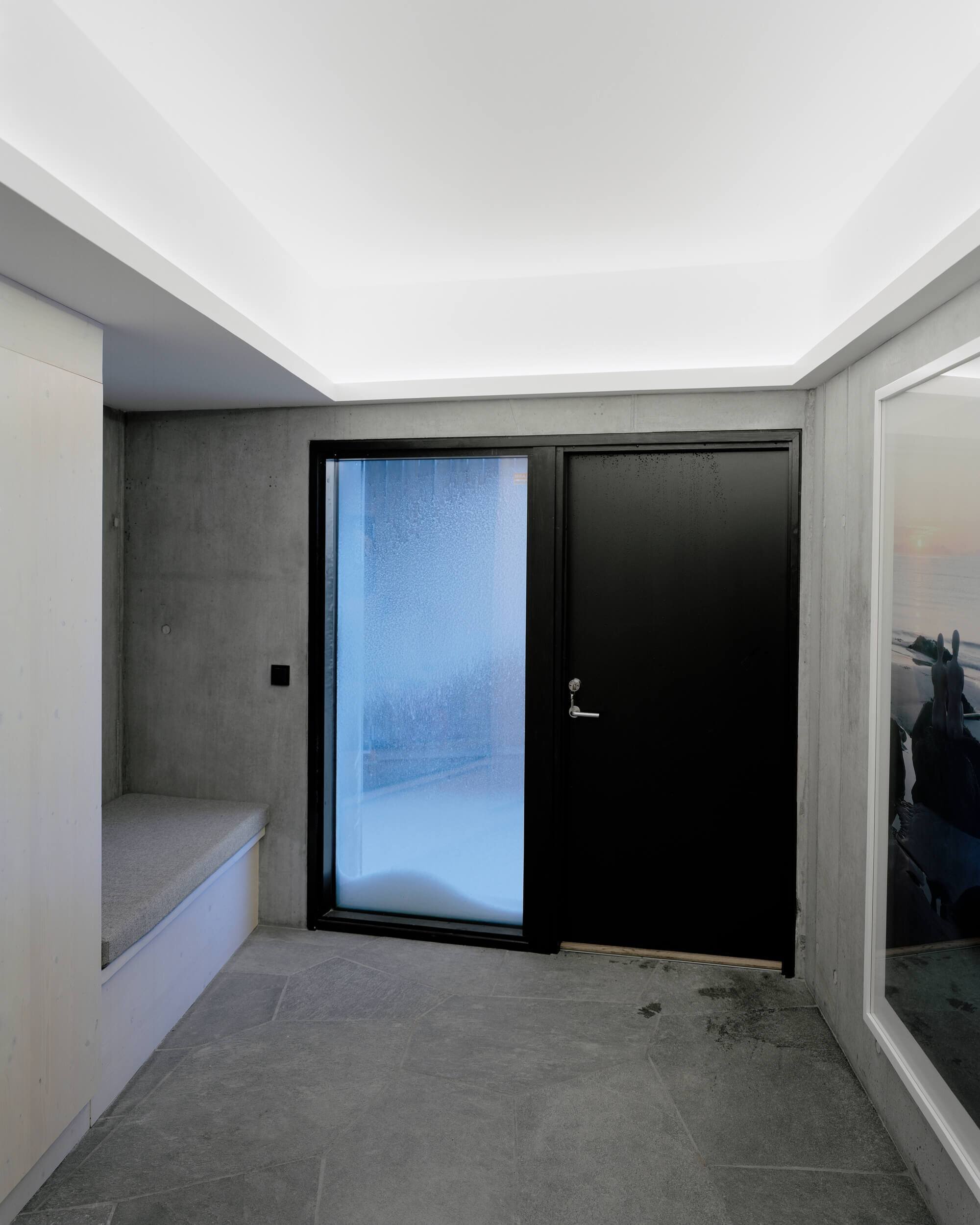 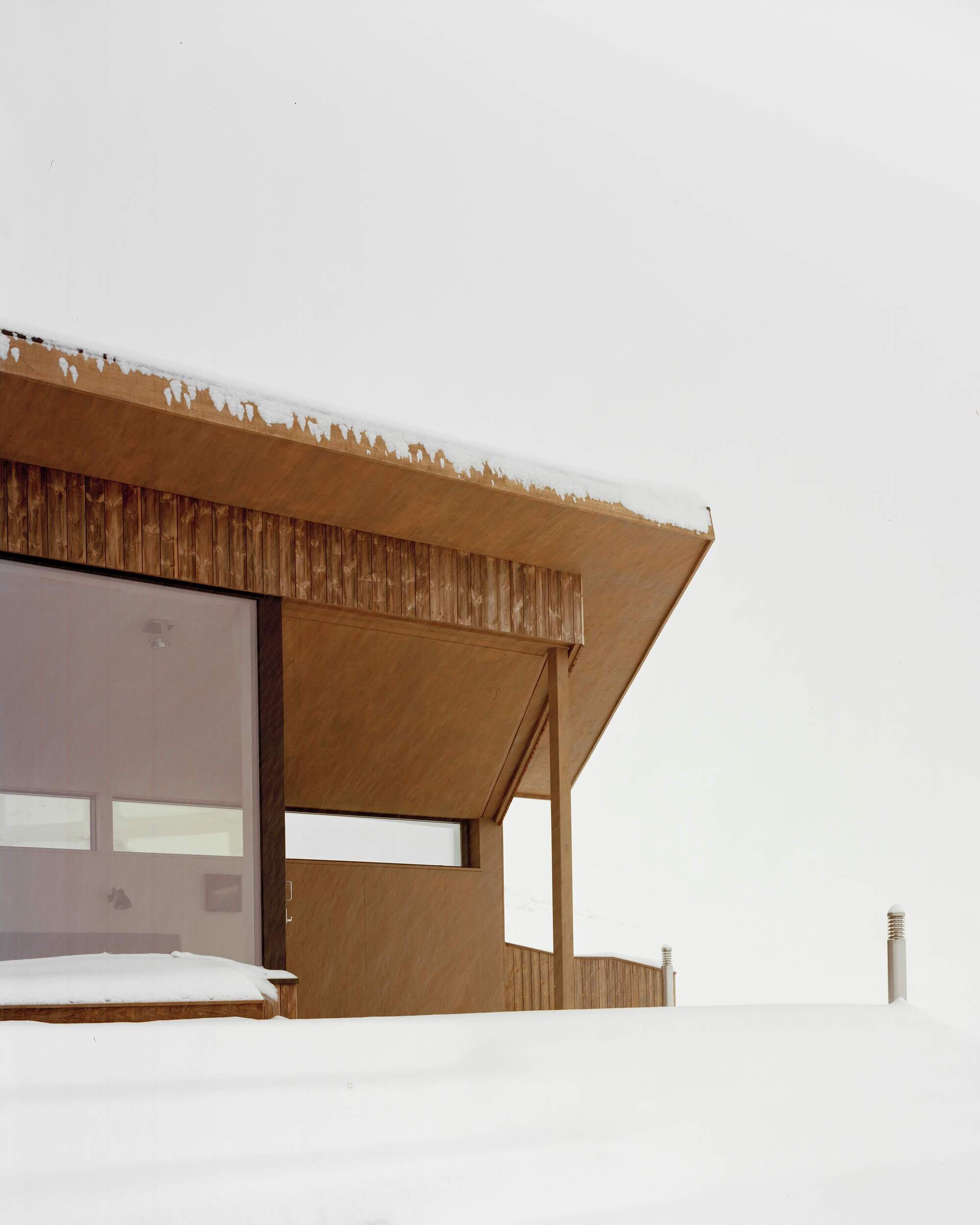 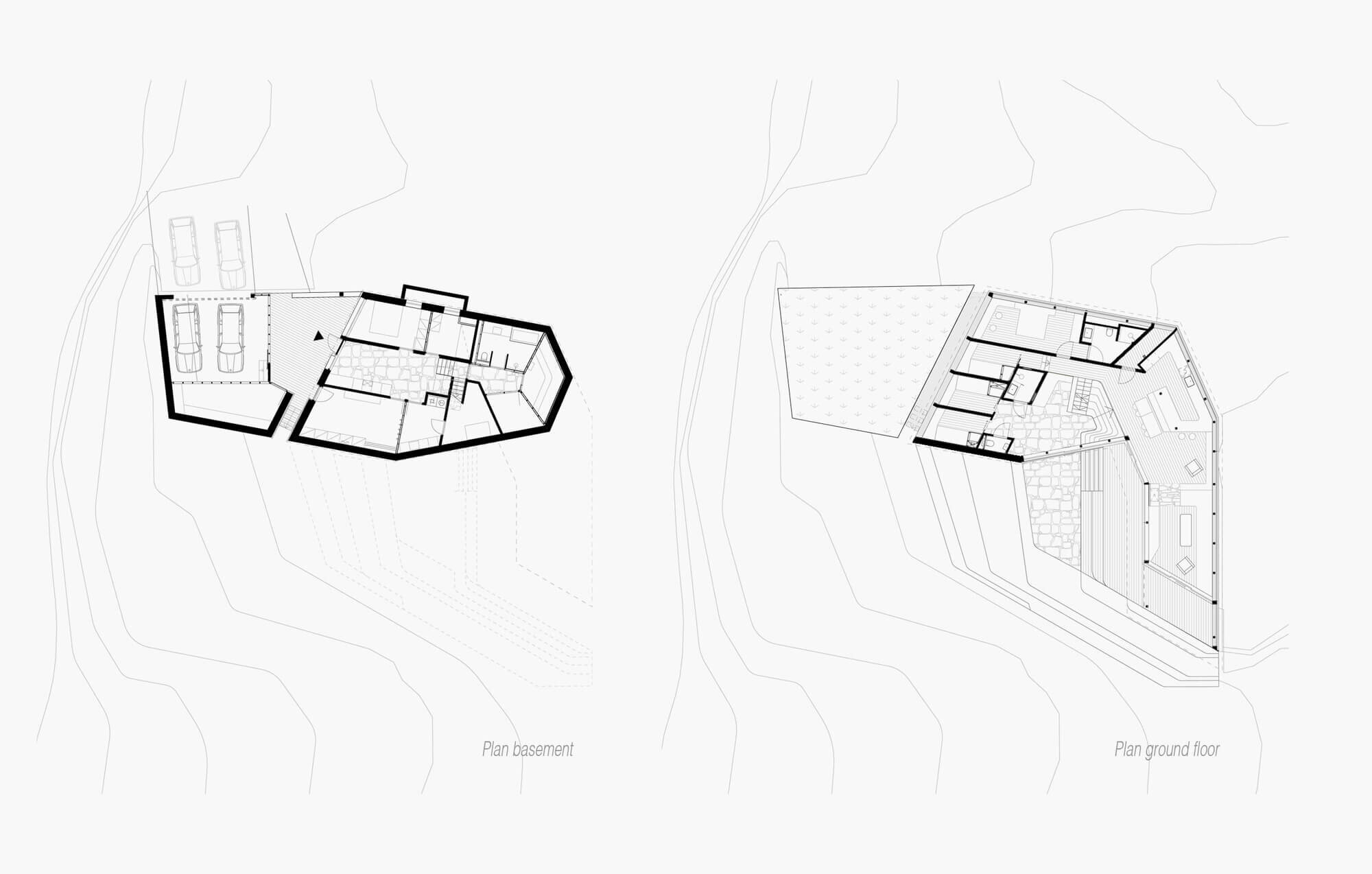 Nestled in among the snow-covered hills of Norway, this private cabin serves as a getaway for its owners. The wood-clad retreat has been created by Norwegian firm, Helen & Hard Architects.

The project was completed in 2015 and has been titled Gubrandslie Cabin. It’s located near the town of Tyinkrysset in Filefjell, and borders the site of the Jotunheimen National Park.

The property contains two floors and is spread out over an area of 1,184-square-feet (110-square-meters). Given the lush natural surroundings, its was important to the designers that they make as little an impact on the surroundings as possible.

The weather can be quite rough with loads of snow, so it has been important to shelter the chalet from wind and snow… the roof is shaped like the surrounding landscape, integrated to the terrain. – Helen & Hard Architects

The landscape also informed the design of the home – the shape of the roof takes inspiration from the rolling hills in an attempt to help it blend in against the backdrop.

The L-shaped volume has a semi-closed wall next to the entrance that opens up towards the magnificent view from the more private part of the cabin. The windows also have shapes inspired by the amazing landscape. – Helen & Hard Architects

The roof shape also serves to shed wind and snow, which can be very heavy in the region. There are two floors to the home, a basement and upper level. The basement contains a garage for two cars and along with the cabin’s bedrooms, bathrooms, a sauna, and a large room the storage of ski gear.

The upper level contains yet more bedrooms and bathrooms, along with the main living spaces. The kitchen, dining area, and living room all look out over the landscape through a series of floor-to-ceiling windows that garnish the front of the building.

The construction of the cabin is made of prefabricated solid wooden elements of spruce which resulted in a short construction time, a great advantage on site in the mounty scenery and due to the sometimes harsh weather conditions. – Helen & Hard Architects