Living in a city often means having to live without much greenery, or natural surroundings. However, this small house from Fujieda, Japan has incorporated elements of vegetation around it’s perimeter to compensate for the lack of nature in an otherwise man-made environment. 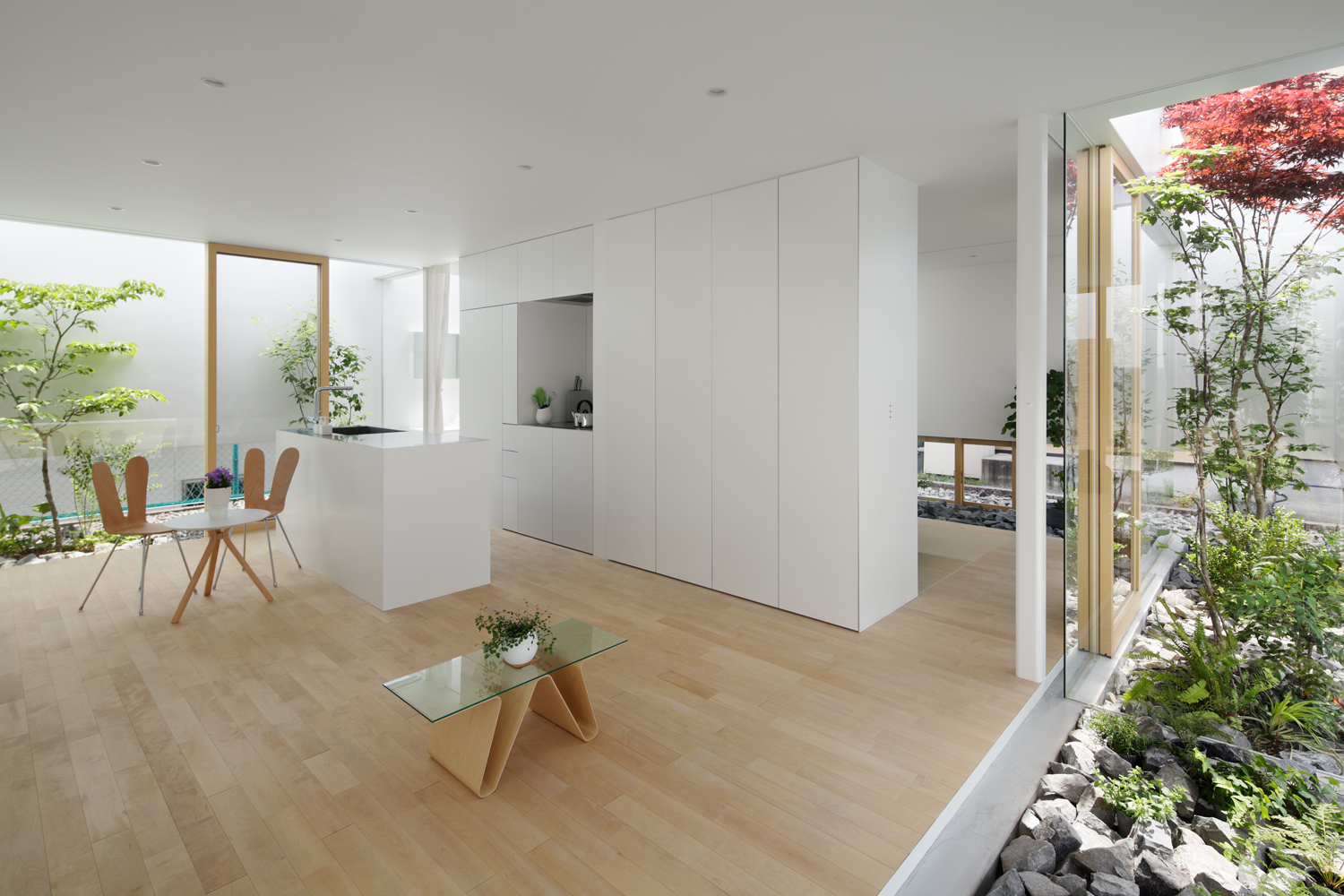 Designed by the Japanese firm, mA-style architects, the house measures just 786 square feet and is called the Green Edge House. The site is located on a gentle slope, with mountains to the back and views of the city on the front. Despite the house’s vantage point, it was difficult to frame the surroundings due to it being located in a dense residential area. 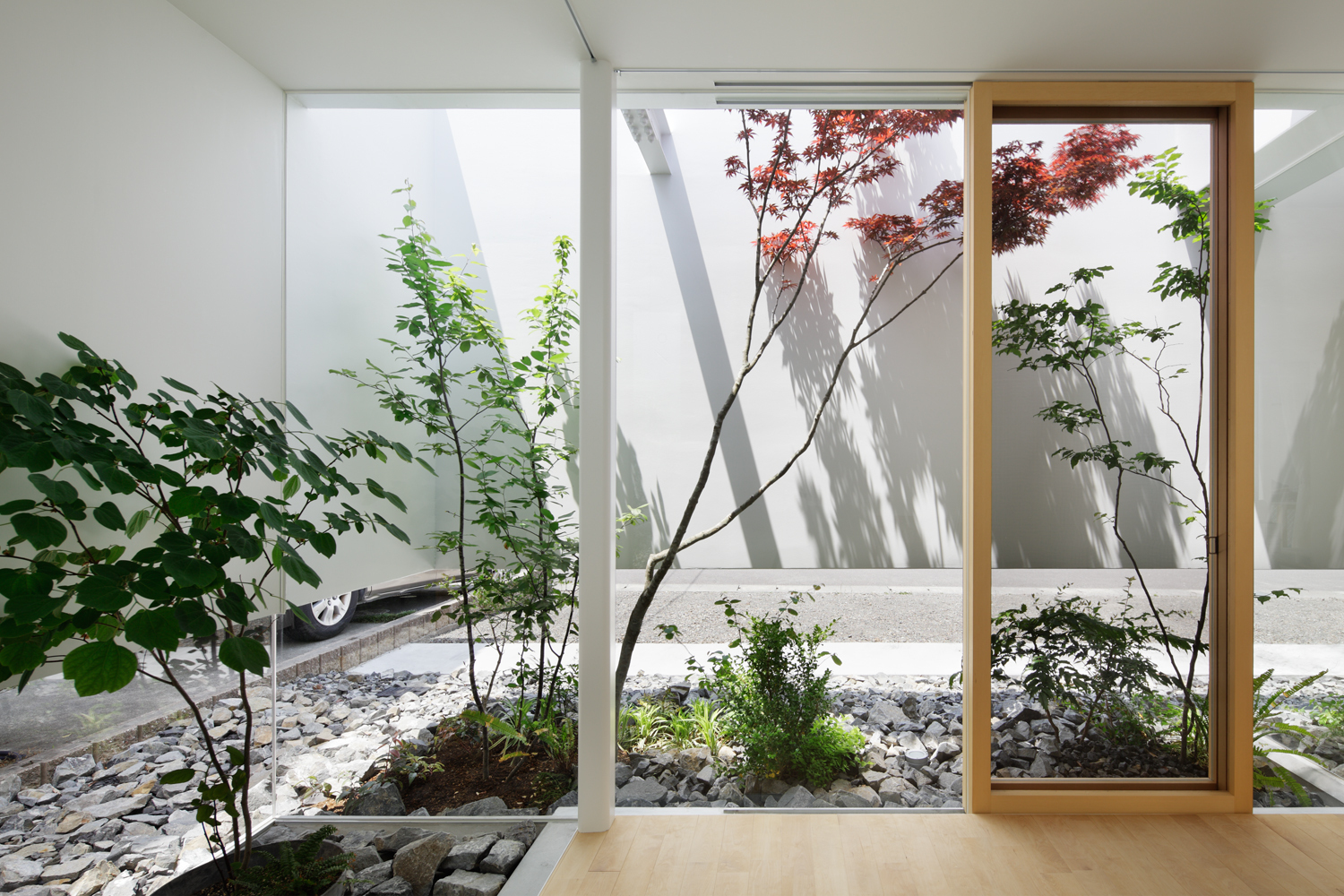 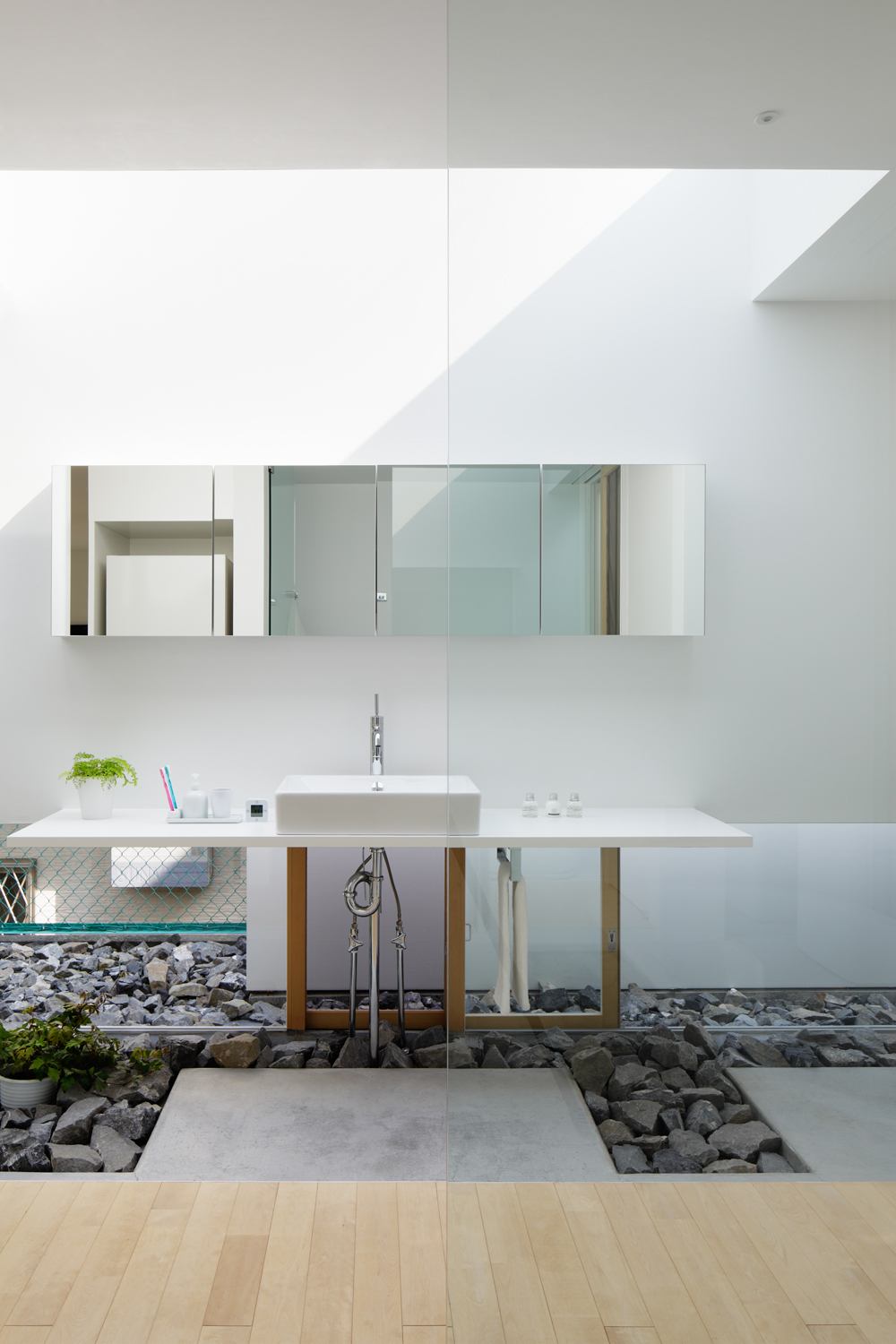 Hence mA-style architects introduced the exterior perimeter garden, which is separated from the main living quarters by glazing. This created the “vague partition” between the two spaces and is designed to reduce ones awareness of the separation. It also allows them to provide substantial (indirect) natural lighting. 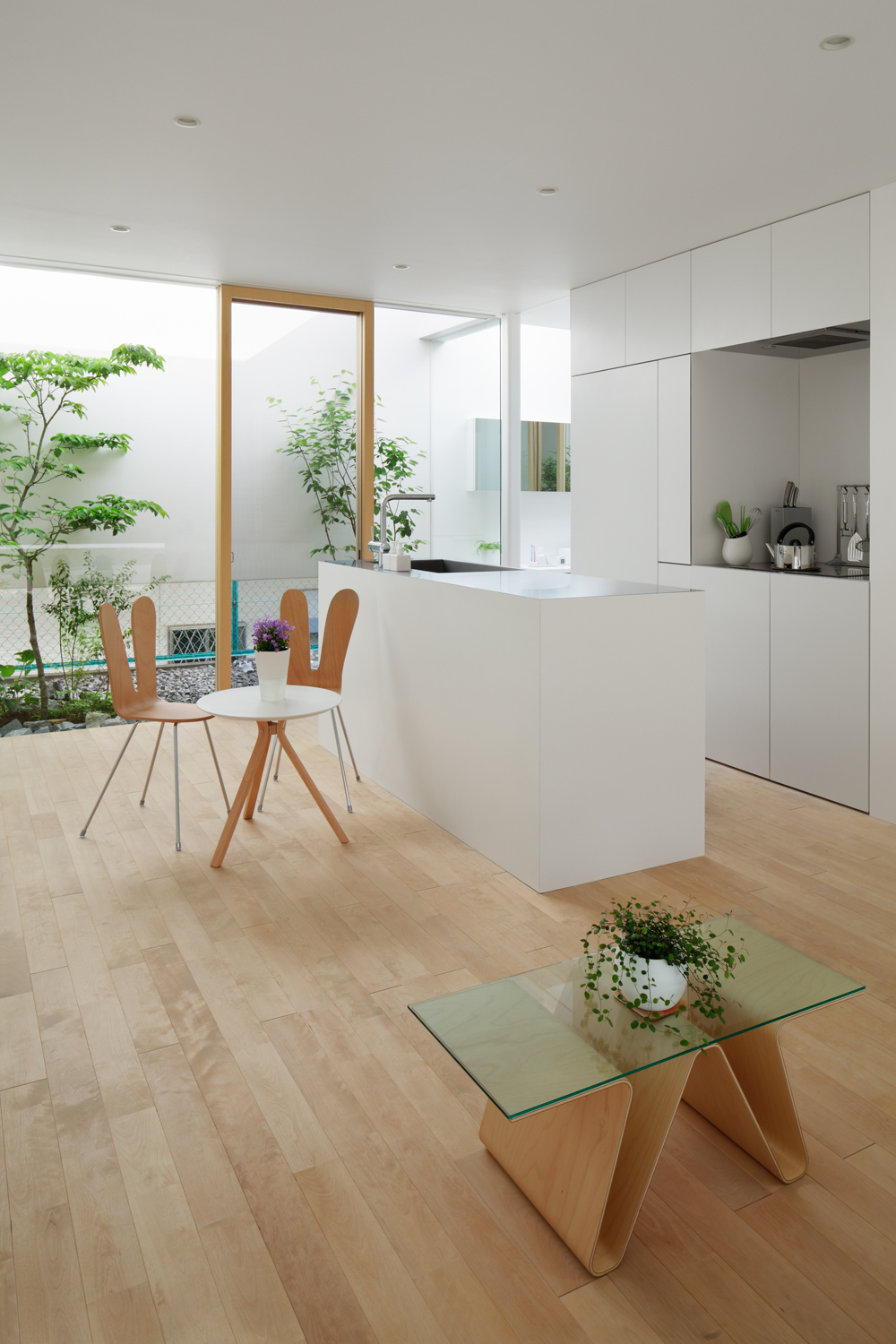 The interior of the home is finished in a simple contemporary manner. The wall and ceiling surfaces are finished in white. This is extended to the kitchen and bathroom, with white cabinets and work surfaces. The floor features wood on the inside, with concrete and stone making up the exterior surface of the perimeter garden. 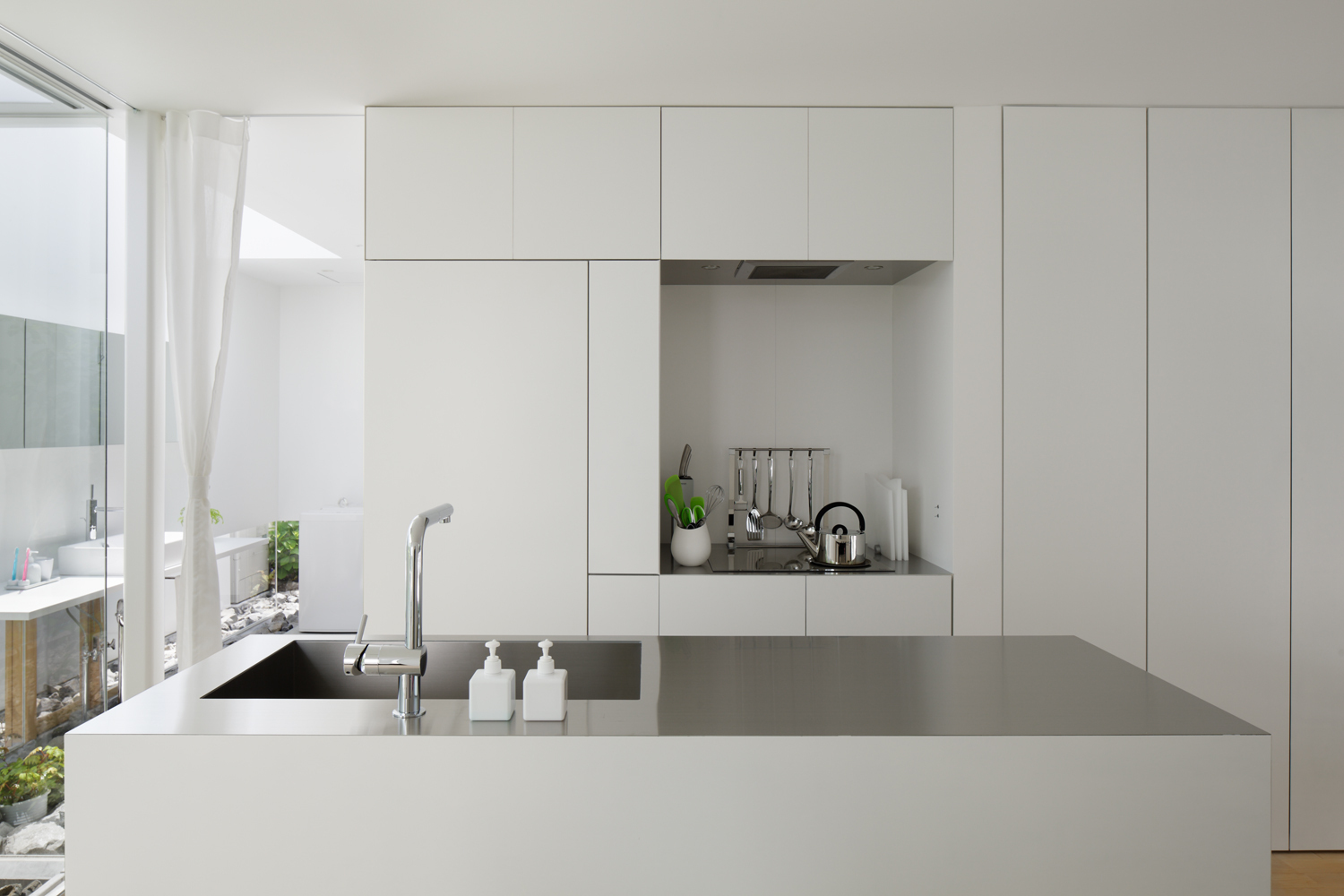 The house contains a kitchen, and bathroom with a separate washroom, a dining and living room, a Japanese room, study, bedroom and an entrance hallway. Each of the living spaces are divided up by storage units. There doesn’t appear to be any doors between the rooms, apart from the bathroom/washroom, creating a bright and continuous open plan living space. 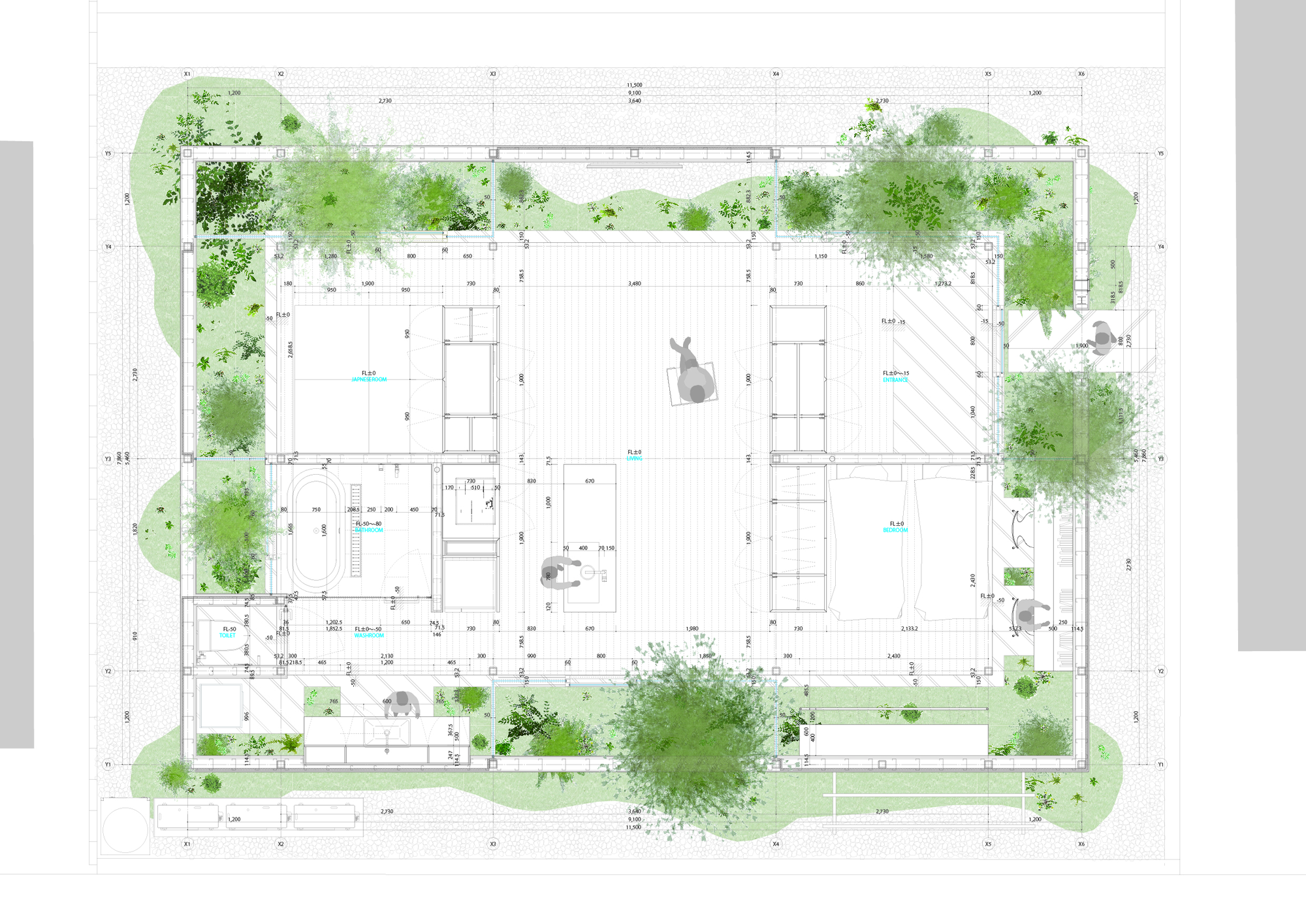 They certainly made the most of this relatively small house. They were able to pack in so many different functional spaces by sizing them appropriately – there’s no hint of extravagance, instead the focus is on simplicity and function.

For more Japanese houses check out the Long Window House, that provides both privacy and large window openings in a dense residential area of Tokyo. Or the Near House, another modern home based in Tokyo that’s sandwiched between it’s neighbouring buildings. See all Japanese houses.