Designed by the Japanese architecture studio Makiko Tsukada, this house has been built into a lot that’s surrounded by other suburban homes. Called the Grass Cave House because of its darkly clad interior, the house attempts to make the most of its limited site by incorporating green spaces across its different levels. 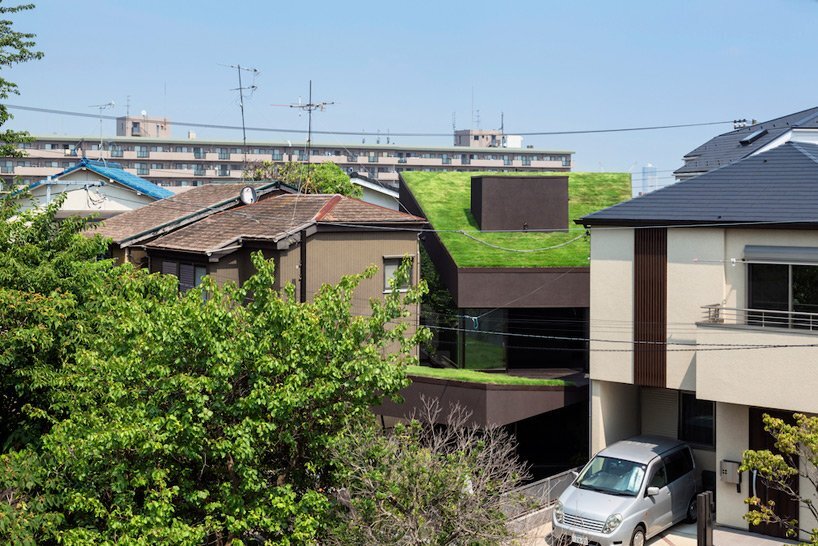 Located in Yokohama the capital of the Kanagawa prefecture in Japan, the main body of the house is almost hidden from view thanks to the properties that envelop it. The entrance is a rather plain affair with a large cantilevered roof providing shelter for a single car-parking space below. 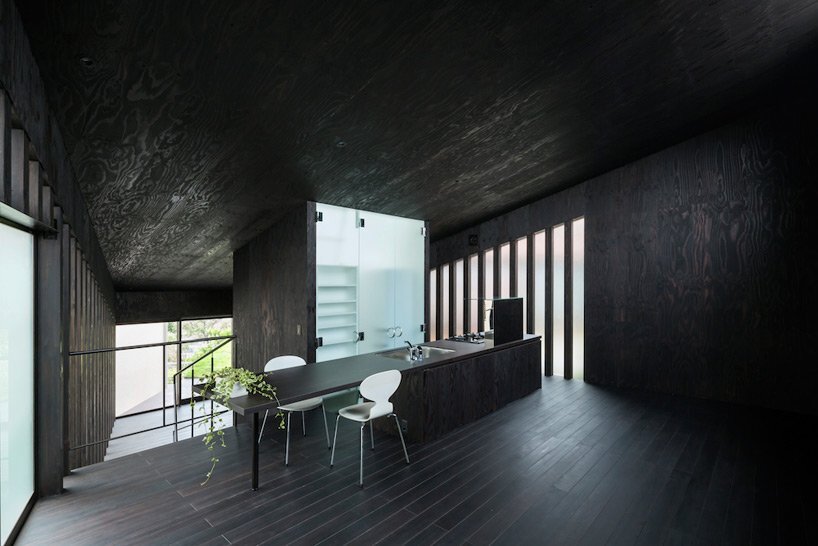 Despite the numerous large window openings (several of which feature frosted glass for privacy) the interior still feels dim thanks to the dark brown finish of nearly all the surfaces. Whether or not it’s to most peoples taste is another matter, but the idea here was to create a cave-like interior that would draw the occupants eyes outwards towards the lighter, brighter areas of the home. 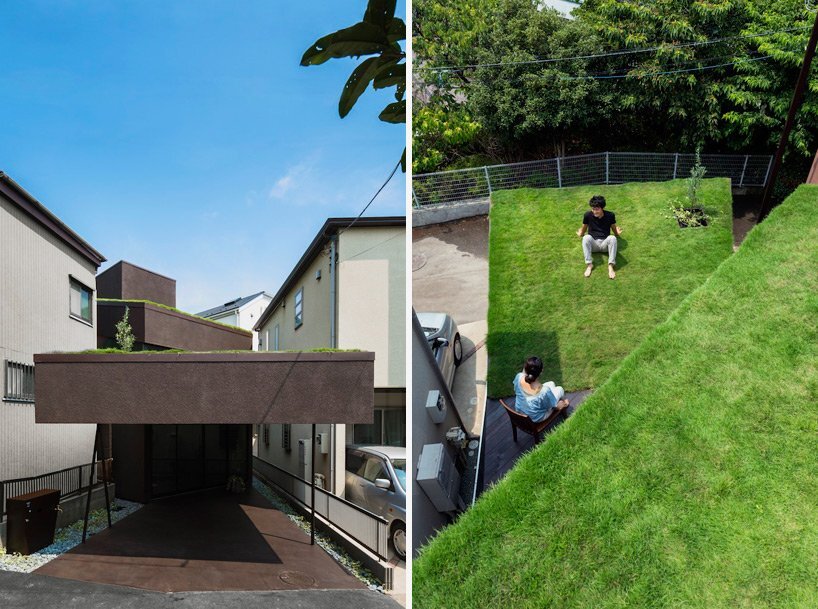 One aspect that remains common in nearly all the Japanese houses I’ve featured, is the importance of creating a green space in an otherwise man-made environment. In the case of the Grass Cave House, the architects decided to maximise the space available to them for the physical structure of the home, leaving very little space at ground level for a garden. 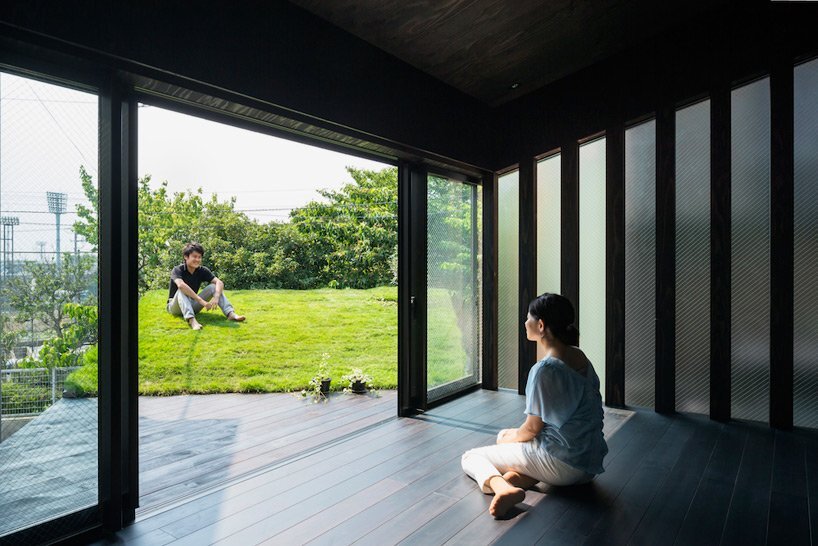 To incorporate a garden area they decided to take advantage of the homes split levels, and introduced green spaces on the roofs of the lower levels. The roof structure is angled upwards preventing the occupant from immediately being able to see the street below. It also seems to provide a degree of privacy from onlookers at ground level.

According to the architects, the green roofs also serve another function – insulation. During the summer months the lawn absorbs solar radiation helping to prevent overheating, while in the winter the roofs help to store the heat. One aspect they haven’t mentioned is the ability of the roof to store rainwater run-off. In large cities where so much of the ground surface is impermeable, green roofs can act as a buffer, reducing strain on the drainage systems.

For more Japanese houses check out Ma House, an extremely narrow house in Okaziki that makes the most of its awkward site. Or this small house that’s been designed to take advantage of the suns path to provide adequate lighting. See all Japanese houses.