With the increasing popularity of glamping, all manner of temporary structures and dwellings are “popping up” as potential weekend getaways. This glamping site in the UK, called The Dome Garden, has decided to go with one of the more common types of retreat – the geodesic dome. 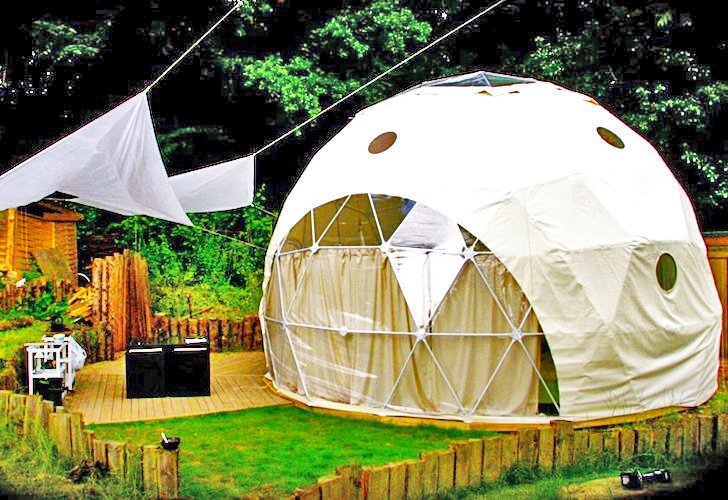 Glamping is the perfect compromise between camping and a hotel, although sometimes the price difference can be minimal making some settle for the hotel, but at the end of the day it’s all about the experience. And that’s exactly what Dome Garden is offering people. The glampsite is immersed in the Forest of Dean, which is just two hours’ drive from London. 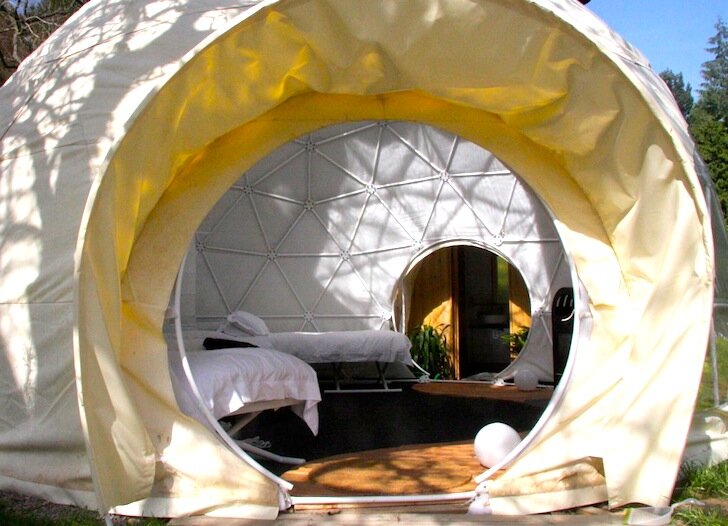 The site features an array of insulated geodesic domes that can be used year-round. Each dome comes with its own wood-burner which is fed using locally-sourced wood. There’s also an en-suite enclosed within the tents – no need to trek through any poor winter weather for your morning shower. 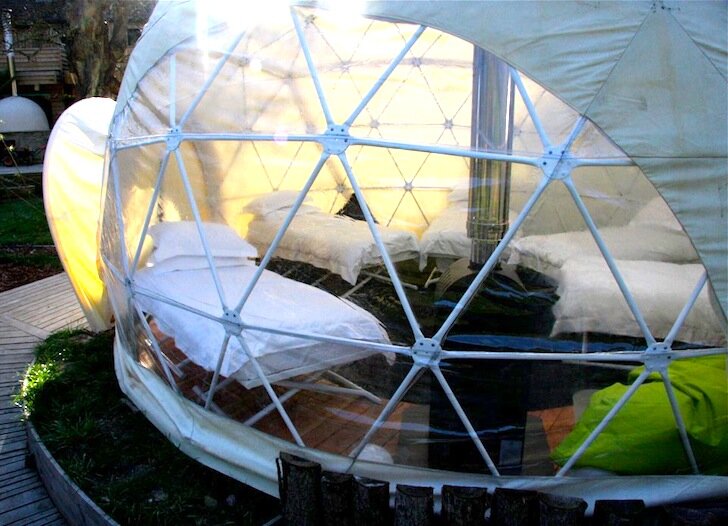 All told, the site has 10 domes which are able to accommodate both a different number of people and budgets. The domes in four main sizes: 12, 16, 20 and 24 feet. The actual structure itself is made from coppiced ash or galvanized steel (presumably the larger domes are made from steel) which is clad with a watertight PVC later. 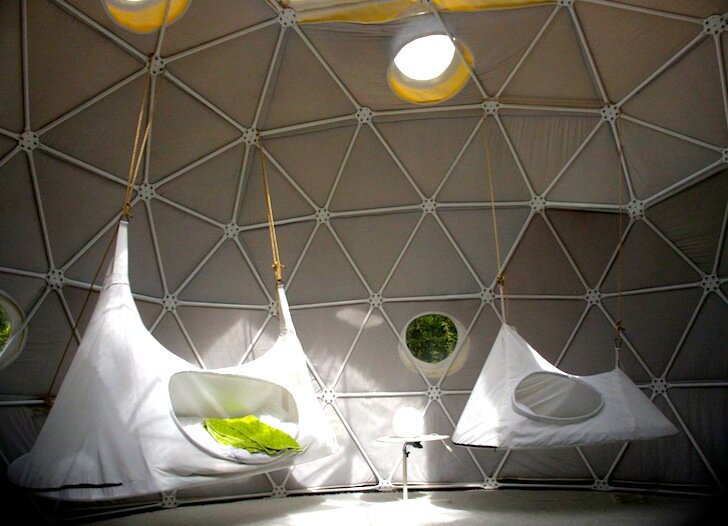 The site has a number of eco-friendly amenities and systems, water for the showers are heated by high-efficiency boilers, excess heat at the peak of the domes is fed into a recycled glass box at the base to keep the space warm during the night and solar panels are currently being installed to provide for the occupants electrical needs. Rocket stoves are used for cooking and the surrounding gardens are irrigated by rainwater that’s been collected from the main building’s roof. 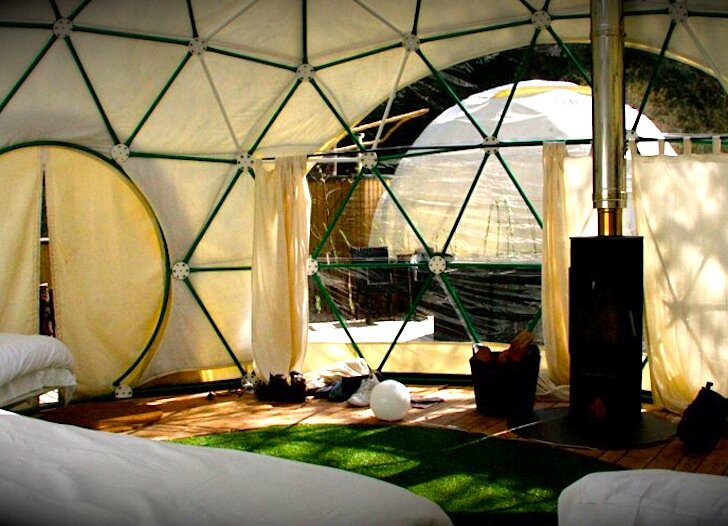 For more glamping sites and spaces check out this site located in Korea that’s been designed by ArchiWorkshop. Or this glamping site that can be found near Loch Ness that features luxury eco pods. See all camping.

Via Inhabitat
Photos: The Garden Dome

Tiny Writer’s Studio in London is a Wood-Clad Haven