This project, simply titled PH, saw an intervention to a PH house in Buenos Aires. PH houses are a housing typology, commonly found in and around the area of Buenos Aires.

The clients enlisted the help of FRAM arquitectos, a local architecture studio, in order to make their dream renovation a reality. The project was completed in 2018. 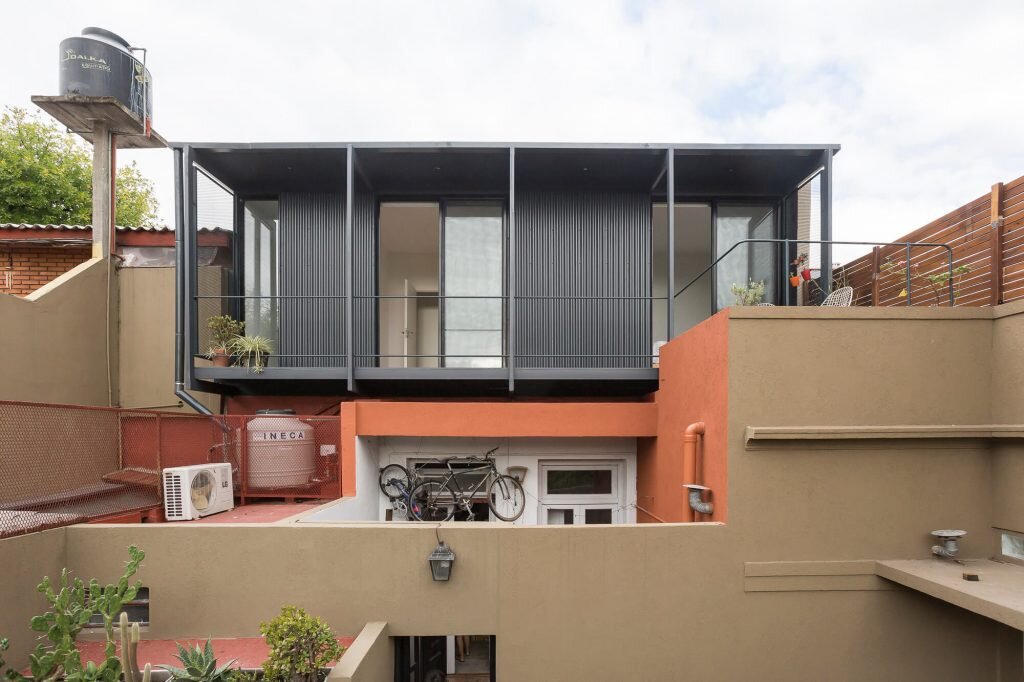 According to the designers, PH houses inherit much of their characteristics from the “chorizo house” of the 12th century. Although what was suitable in the 12th century, isn’t always suitable today. FRAM stepped in to make a series of enhancements to the existing building, through restoration and the addition of an extension. 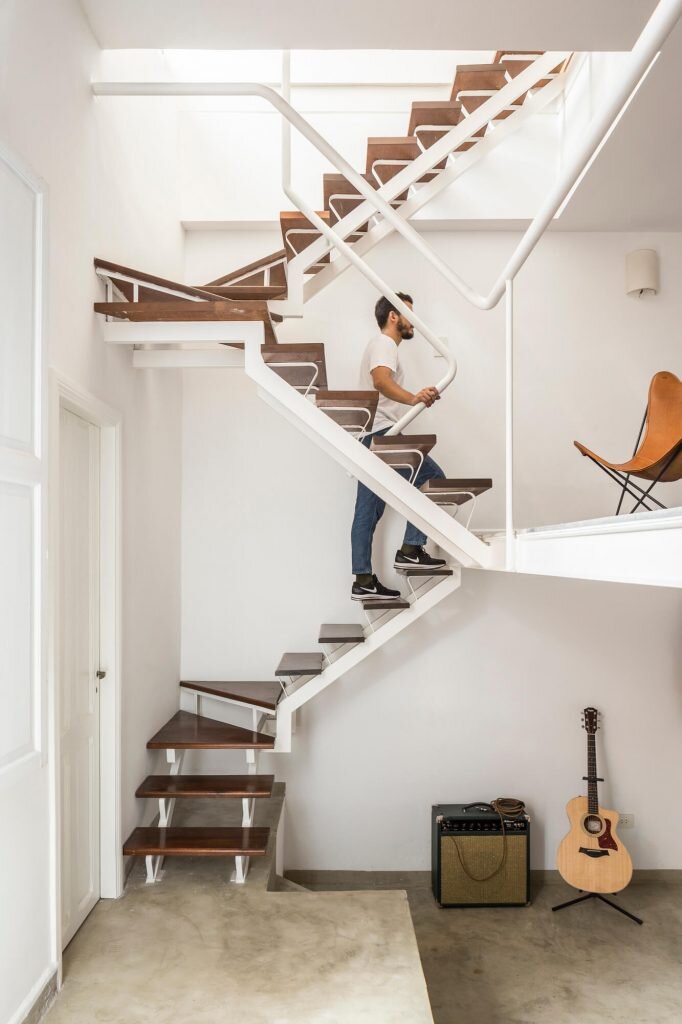 The property covers an area of 538.19-square-feet (50-square-meters) and spans two levels. The designers had to carefully plan the renovation, especially since the clients intended to live in the home for as long as possible during the process. 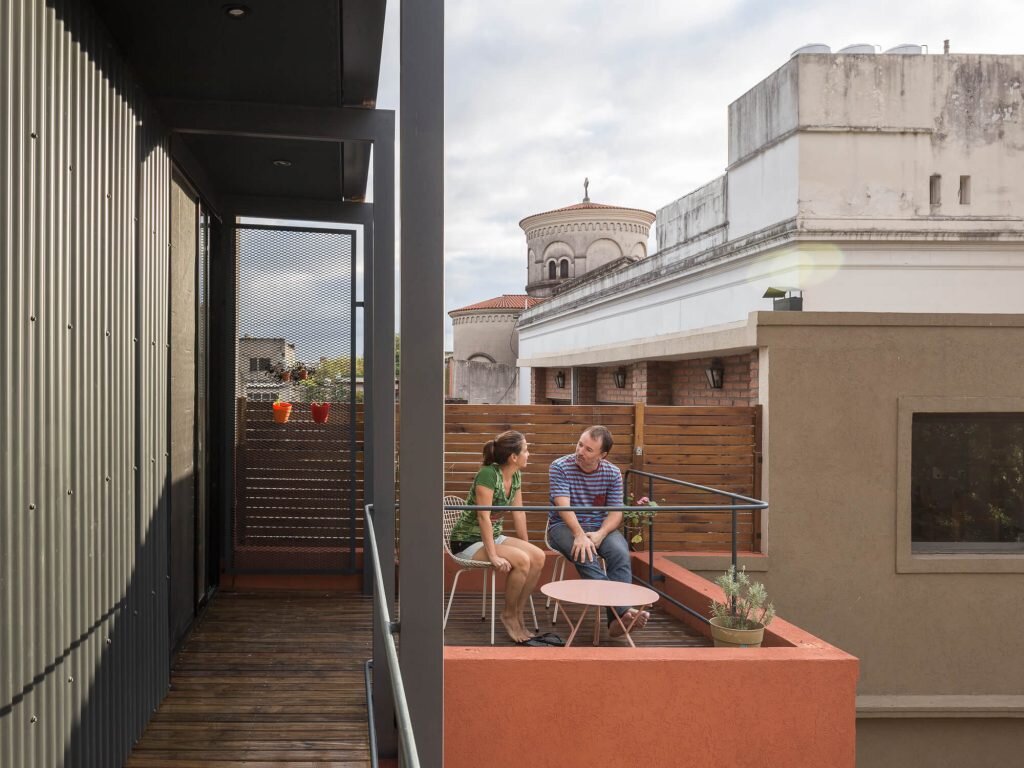 From the architects: “The corresponding roof with the main rooms (until that moment inaccessible) was the ideal area to receive the extension. The same is translated in the addition of a new constructed volume, light and clearly differentiated by its language – materiality – color of the existing construction.” 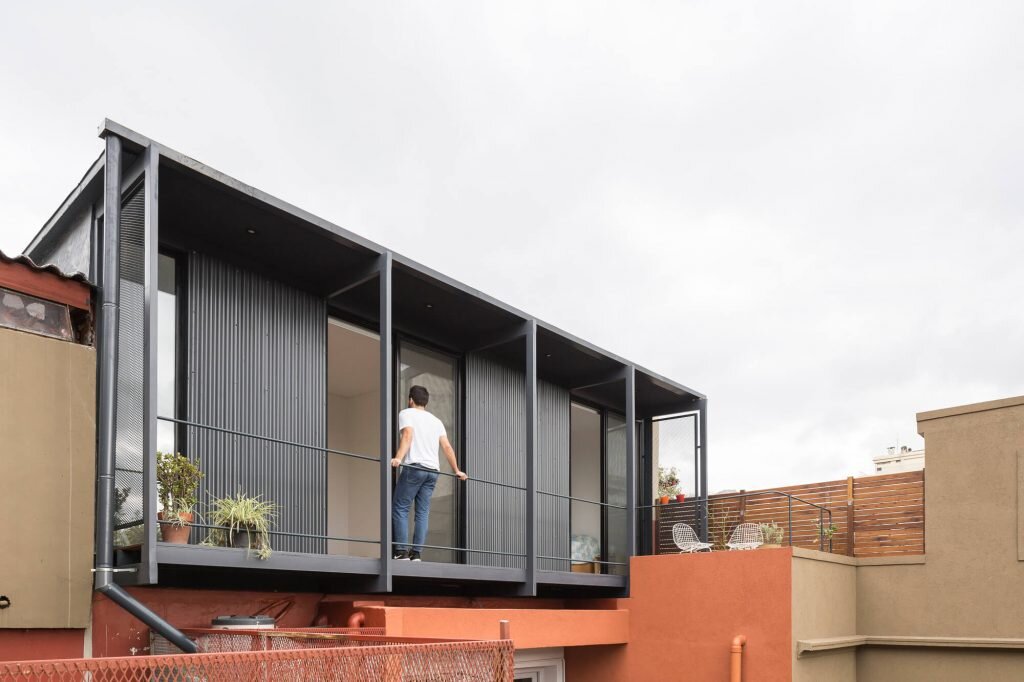 The addition provides spaces for two bedrooms, a bathroom, lots of storage units, and an exterior deck. It has relatively few windows, but the ones it does have are tall, and, when combined with the white finishes on the inside, the rooms are more than bright enough. 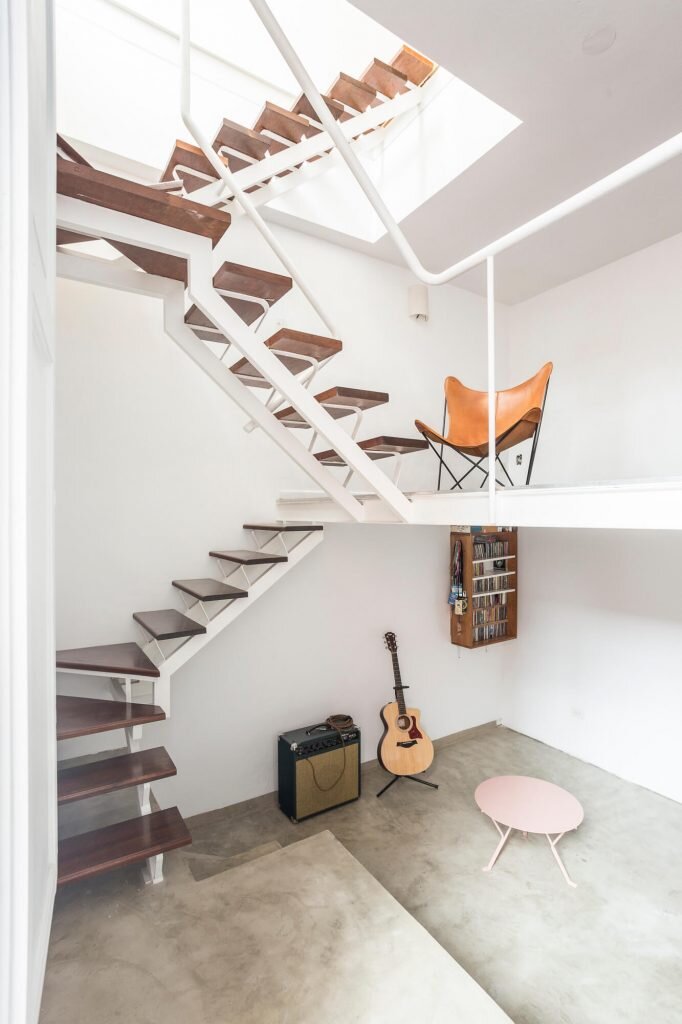 Once the upper addition was complete, the renovated first floor was connected to the upper level with a new staircase: “Finally, the staircase, last element to be executed (once the upper volume was finished), not only solves the vertical link between the new and the old / the common areas and private areas, but also allows the entry of natural light into the lower level, redefining the character and appropriation of it.” 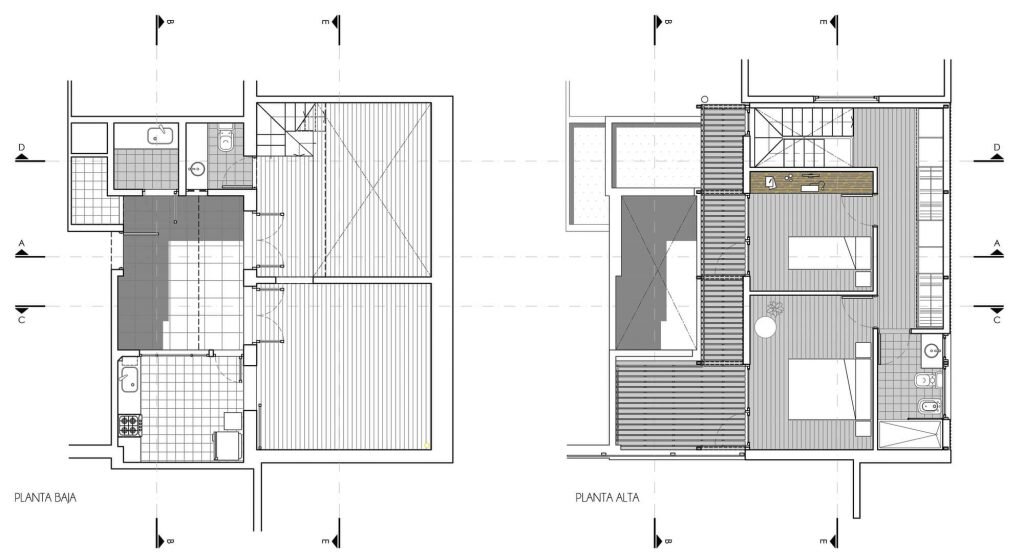 For more small houses, check out this guest house from Barna Architects in Hungary. Or, this old Italian home with barreling ceilings that gets an overhaul from Archiplan Studio. See all small houses.

Barna Architects Create a Guesthouse that's Connects with its Surroundings