Back in 2015, architects Marc Mogas and Jordi Roig collaborated to create this small summer house on the behalf of a client. They faced the usual constraints: a fixed budget, client requirements and a location demanding of something more than ordinary.

Together they produced this small wood clad getaway, which is set on an elevated site overlooking the countryside of Camprodon in Girona, Spain. 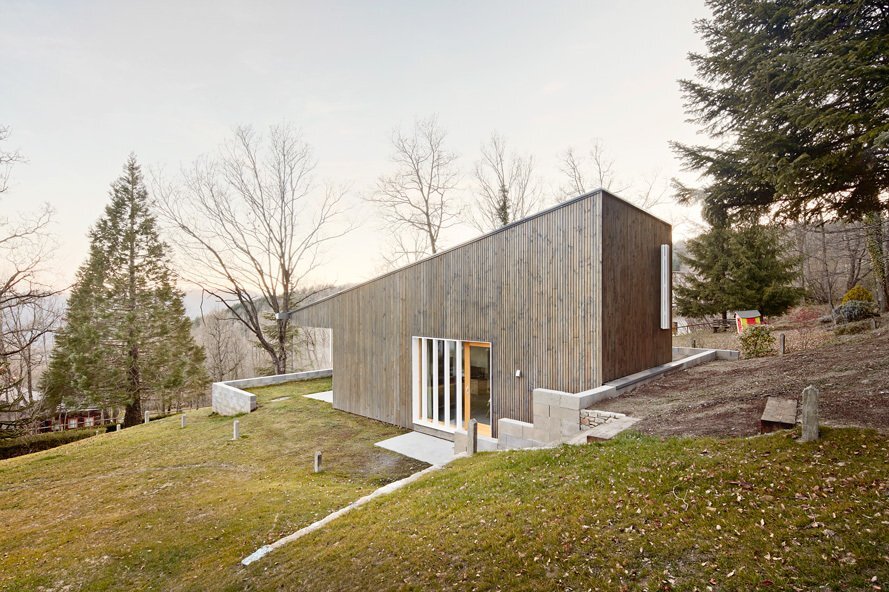 The project, titled Font Rubi Cottage, has a 1076-square-foot (100-square-meter) floor plan. The owner had a two main demands for Mogas and Roig, namely, that the house be built from wood and that they try to stick to the budget. With this in mind they set about creating a “low technology mountain shelter”. 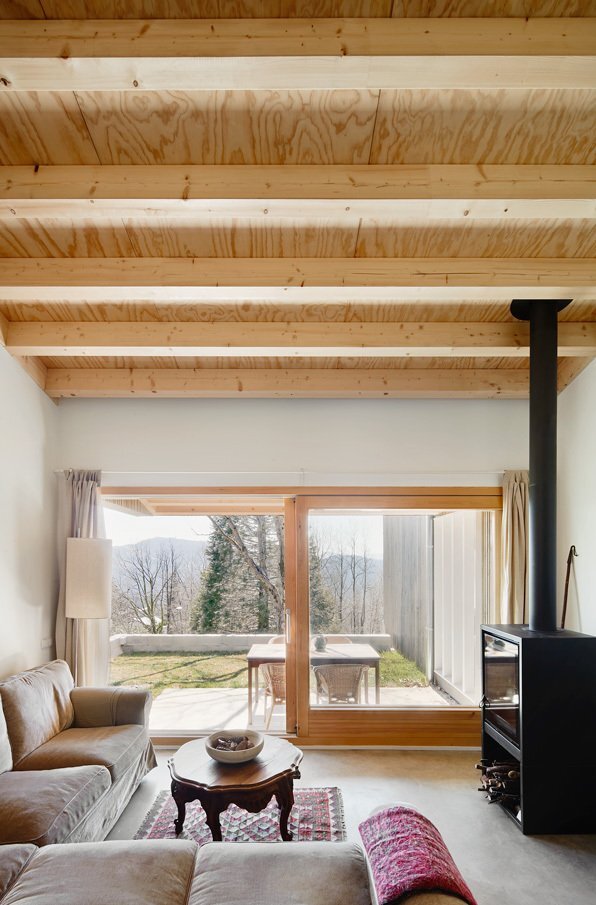 The plot of land is composed of an awkward and long trapezoid. It also has gradient of 20% that creates a difference in levels of 46 feet (14 meters) from one end of the site to the other. Trees are scattered across the length of the plot, and it was a priority for the designers that the majority of them remain. 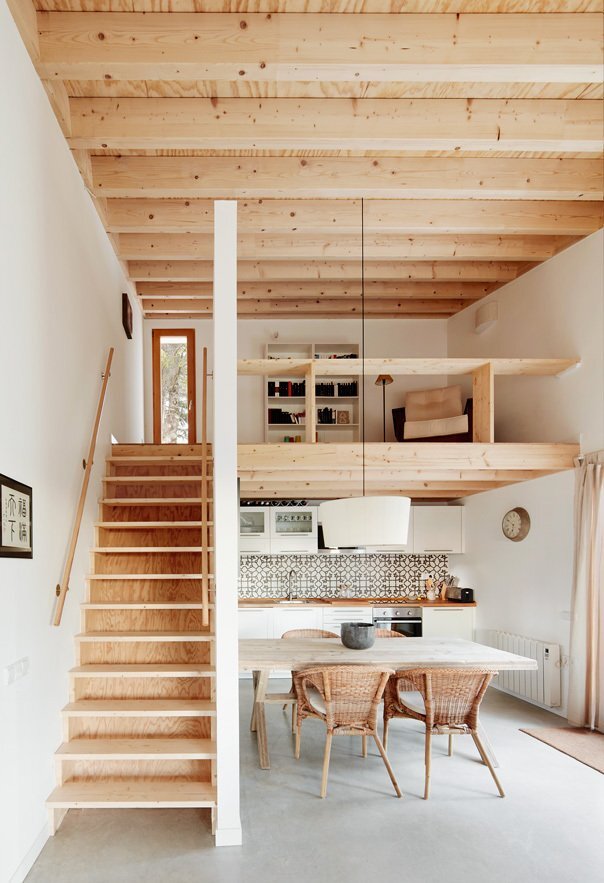 Three main measures were taken to help control the budget. They were: to minimize on-site excavation, to prefabricate the structure and to minimize the use of aids during the process. The main one is prefabrication of the house – without this the other two two measures could easily have been more substantial. 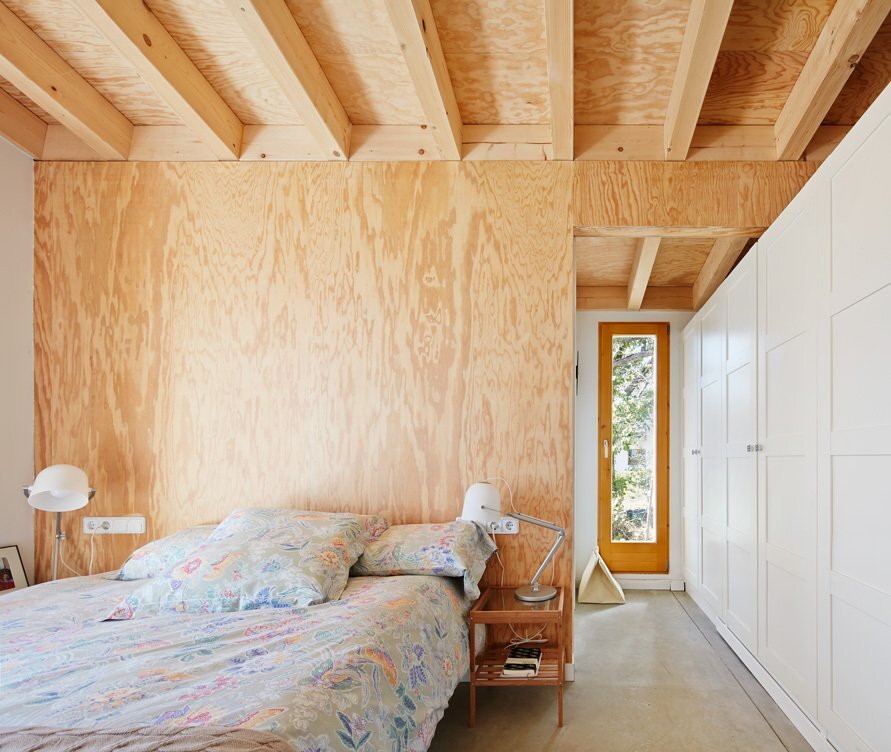 The structure was transported by road in modules. The modules were composed of the bedrooms, a living room and kitchen, and a third section that’s used to form a loft over the living area. The result is a series of small, but well appointed living areas, finished in a mix of wood, concrete and painted drywall. 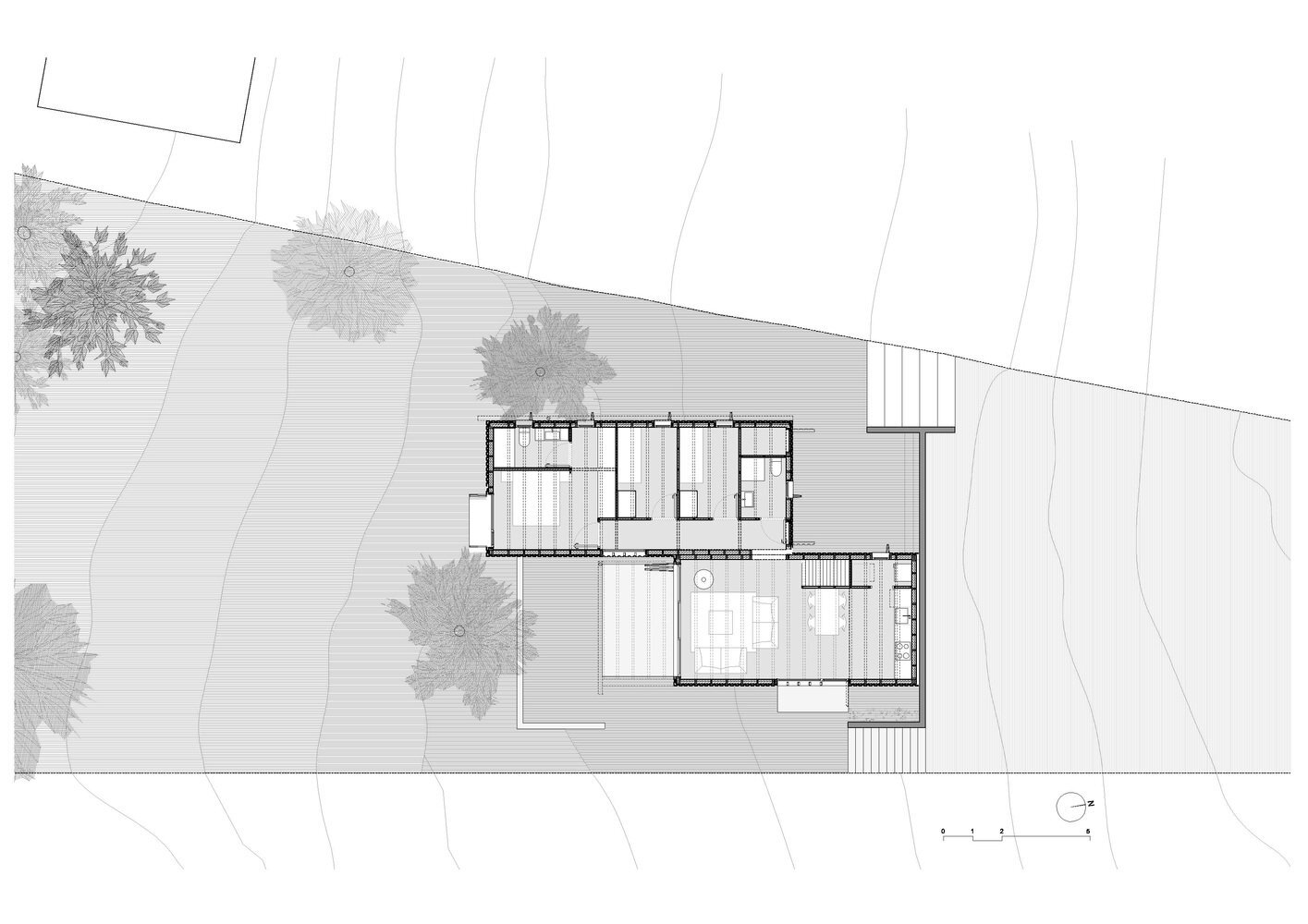 One side of the home is dedicated to the bedrooms and bathroom, with a master suite and two single beds. The other half contains an open plan living room, dining area and kitchen. A staircase also leads up to a little mezzanine with a low ceiling height. It seems to be used as a spot for reading.

For more prefab houses check out this environmentally friendly prefab house by Ecospace. Or, Avalon House, a green roofed prefab home set along the coast of New South Wales. See all prefab houses.