Set among the countryside of Nova Scotia, Canada, this small house has been titled Enough House by the designers. The house is the latest addition to architect Brian MacKay-Lyon’s Shobac farm. 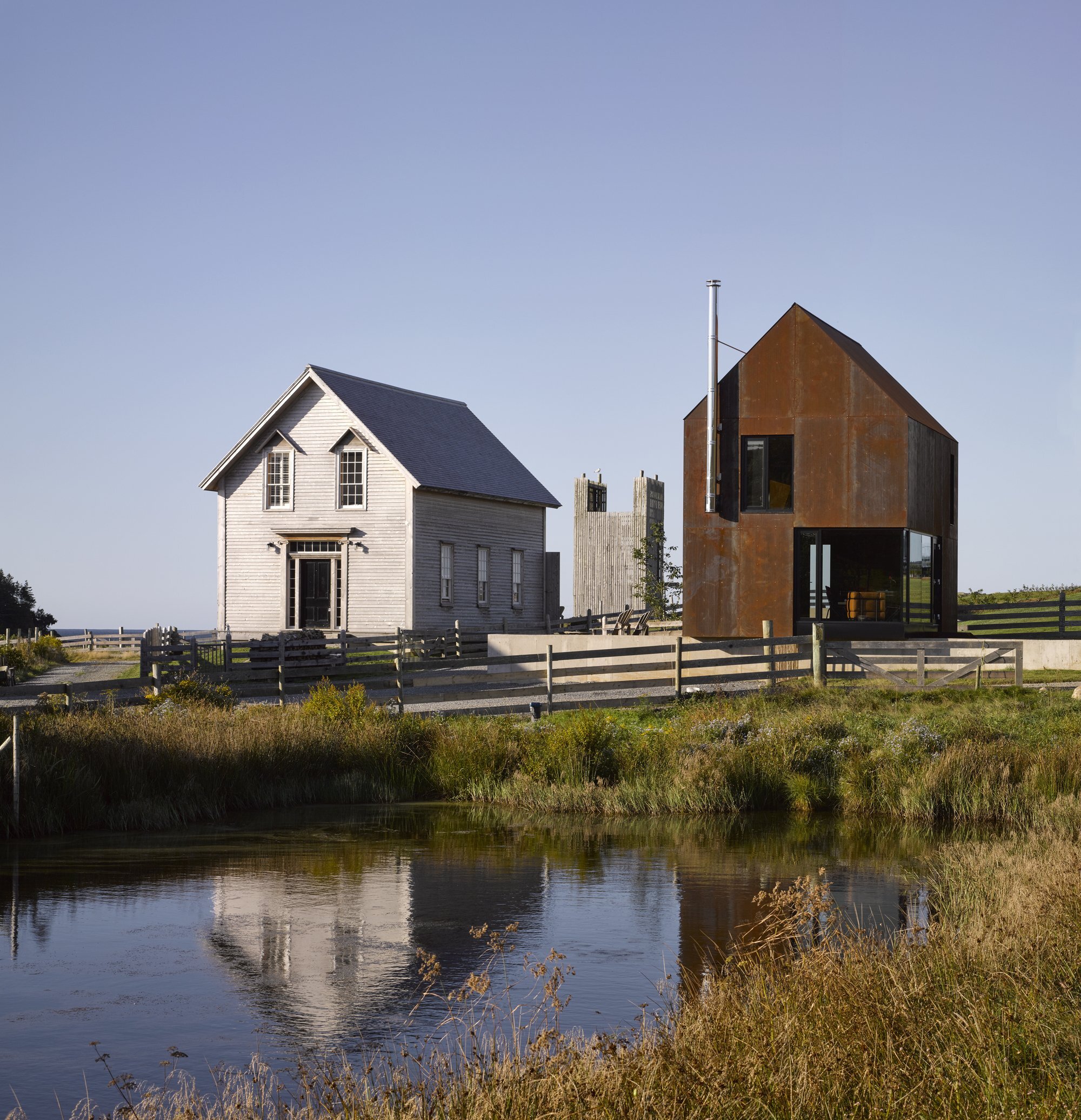 The project was completed with the aid of MacKay’s firm, Sweetapple Architects. It’s not the first build on the site – for the last 30 years MacKay-Lyons have used the site as an experimental playground to test new architectural ideas. As such, Enough House is set among a mixed bag of structures both old and new. 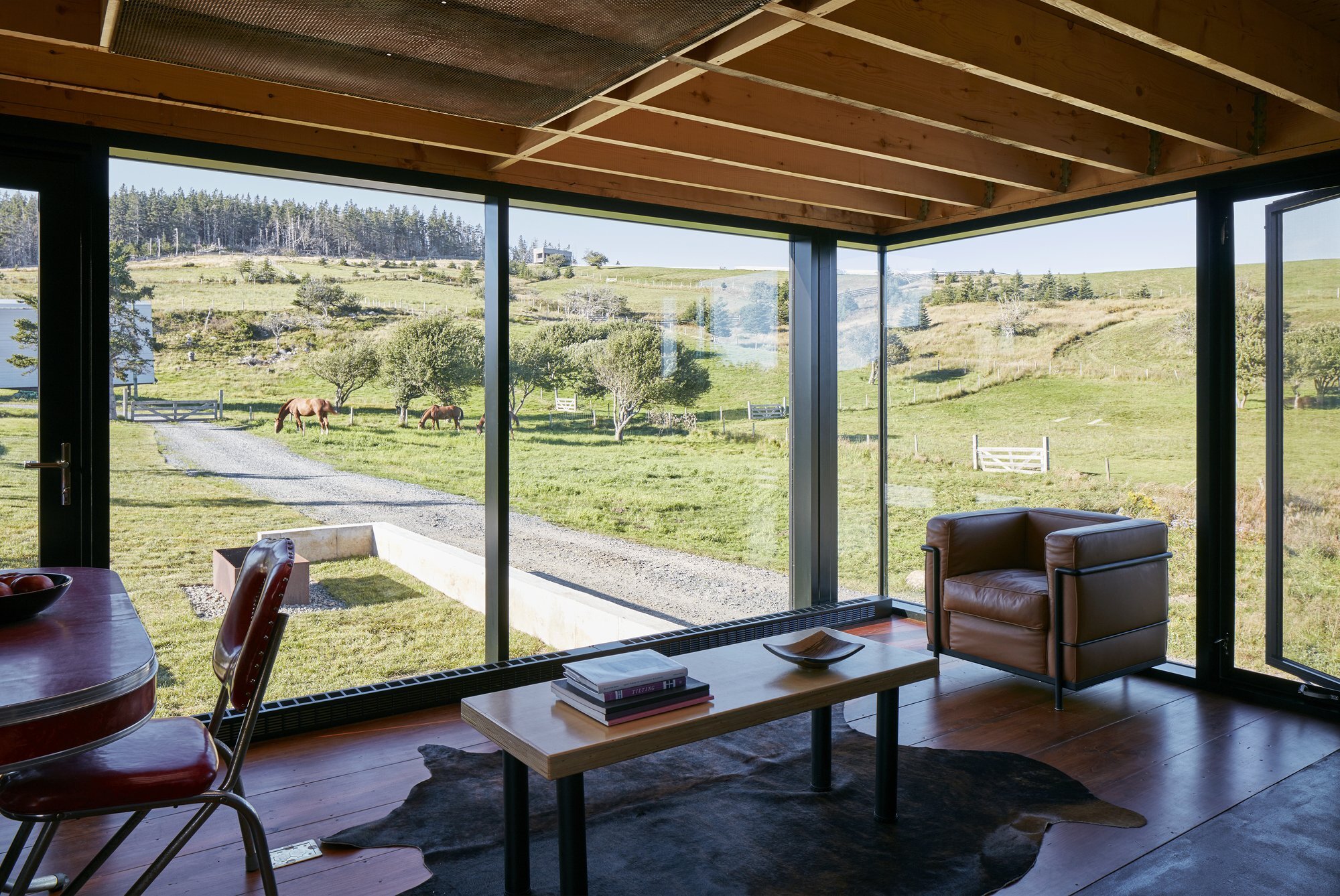 The house provides accommodation for an intern who will be working closely with the firm. The exterior is clad in Corten steel, giving it a much more rugged aesthetic than the adjacent 1830’s school house. However their size and scale are relatively similar. 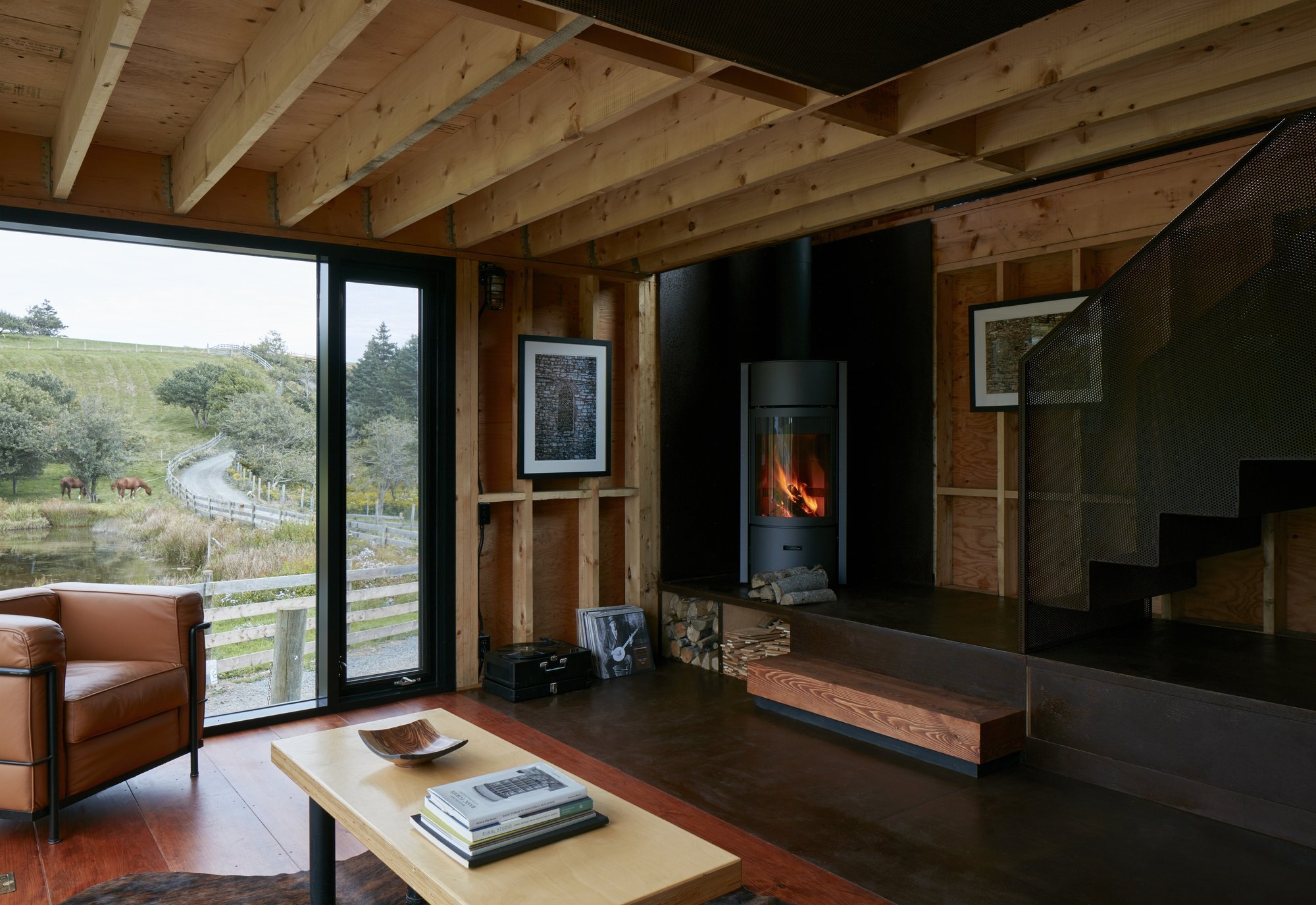 On the inside the wooden walls studs, floor joists, and the Douglas fir sheathing have been left exposed. The floor features wide boards of stained pine. The stain has also been used on several of the plywood furniture pieces. The house would be quite dark if not for the large floor-to-ceiling windows that punctuate every room of the property. 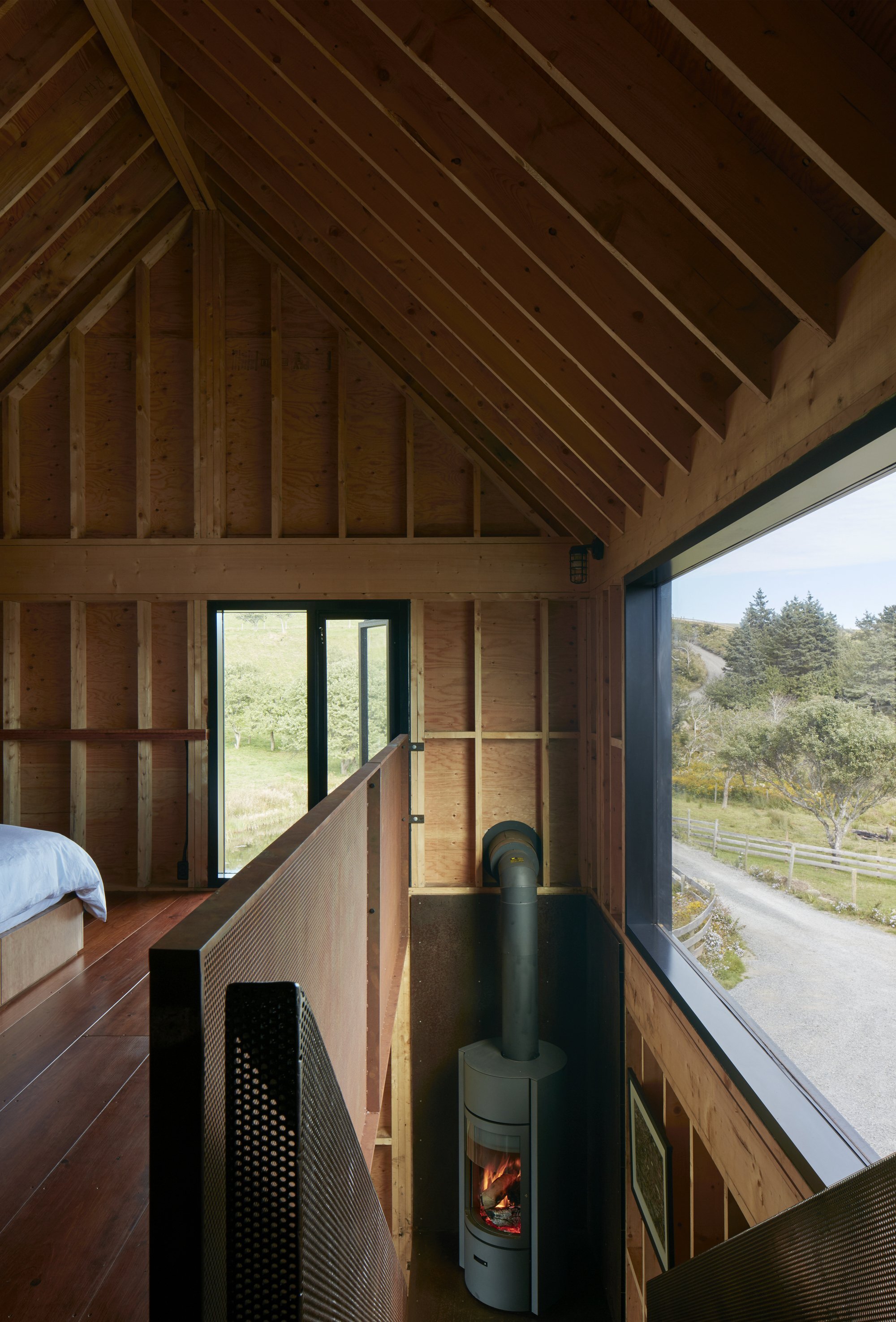 The layout is based on the residence of Canadian folk artist Maud Lewis. MacKay spent time there as a child, and its simple design formed the inspiration for Enough House. The first floor contains a living/dining area that leads into a small wrap-around kitchen to the back. 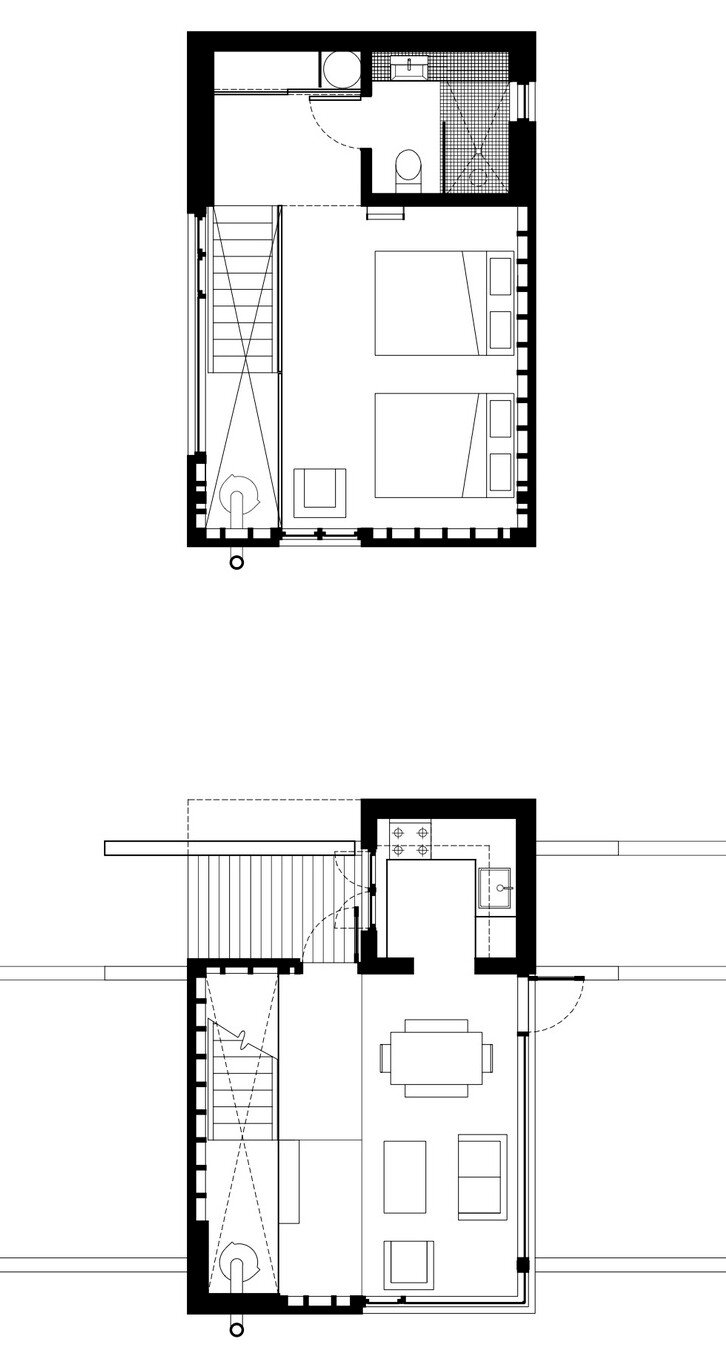 A flight of stairs takes you to the sleeping area. It’s simply a loft bedroom with two double beds and a separate bathroom positioned over the kitchen below. It’s small and basic, but luxurious in the materials and finish employed. The best feature though, is the surrounding landscape that it overlooks, including the pond to the front and the Atlantic coast beyond.

For more small houses check out Kontum House, an affordable home from Vietnam’s highlands. Or, “House for Somone Like Me”, which makes use of a simple layout and basic materials. See all small houses.

MINI - A Minimal Teardrop Trailer by Tinycamper in Lithuania