The Toda House by Japanese architect Kimihiko Okada is one of the most interesting Japanese houses I’ve ever seen. The entire house is raised off of ground level on steel columns, and wraps around itself while also increasing in height. 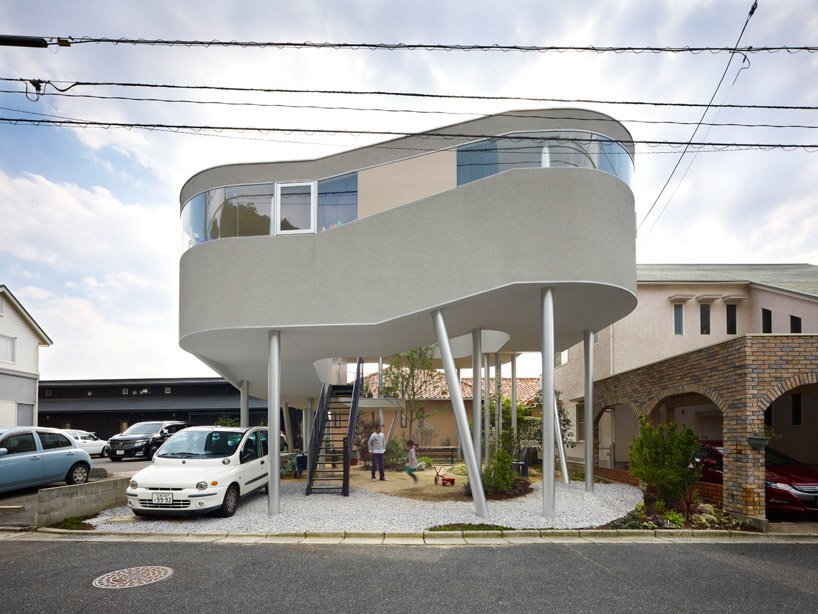 The house is set in a residential area of Hiroshima. It features views both of the Inland Sea, and the forested mountain which it backs on to. The elevated building is split into a series of platforms that are set at different levels and help to create the “rooms” of the home. 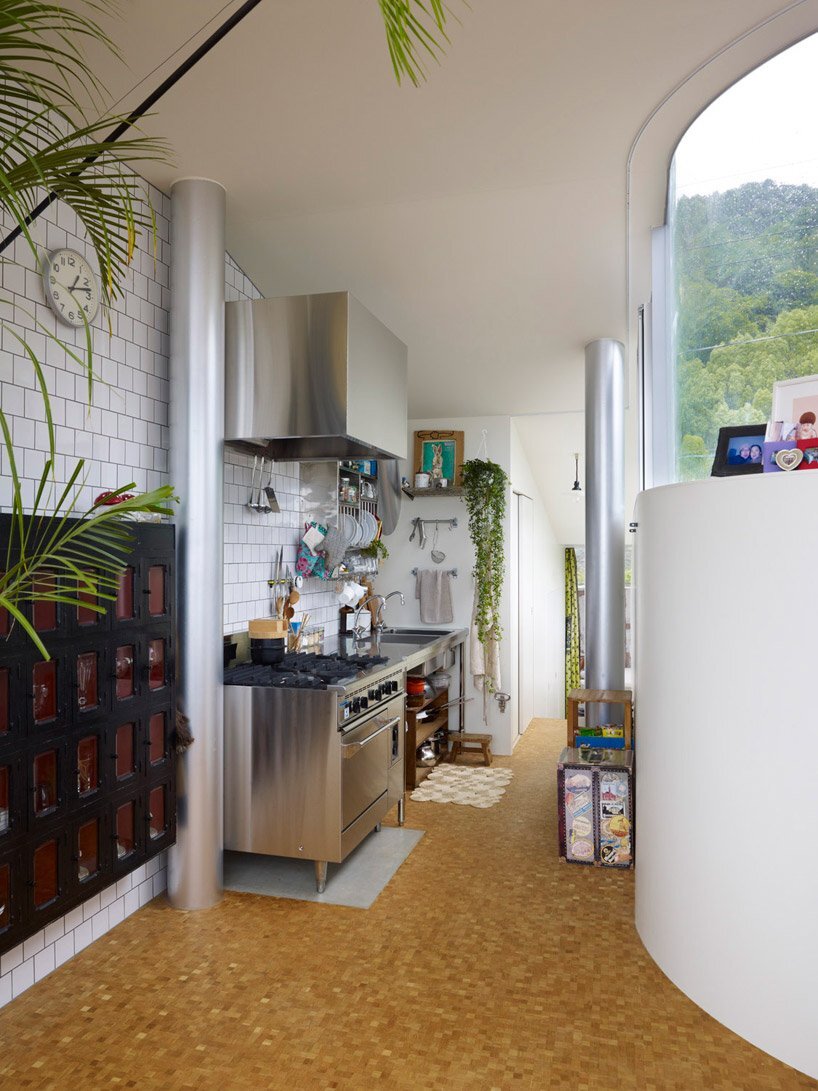 The clients set the architect three main tasks: to create view that would look over and beyond the roof of their neighbors house, to consider the security of the home, and to leave space for an extension as they would like to open a small shop in the future.

These three requests resulted in the Todo House being raised from the ground level, providing views, an added sense of security, and space below for a shop. The house itself contains a number of living areas, none of which are particularly wide, but they are functional. 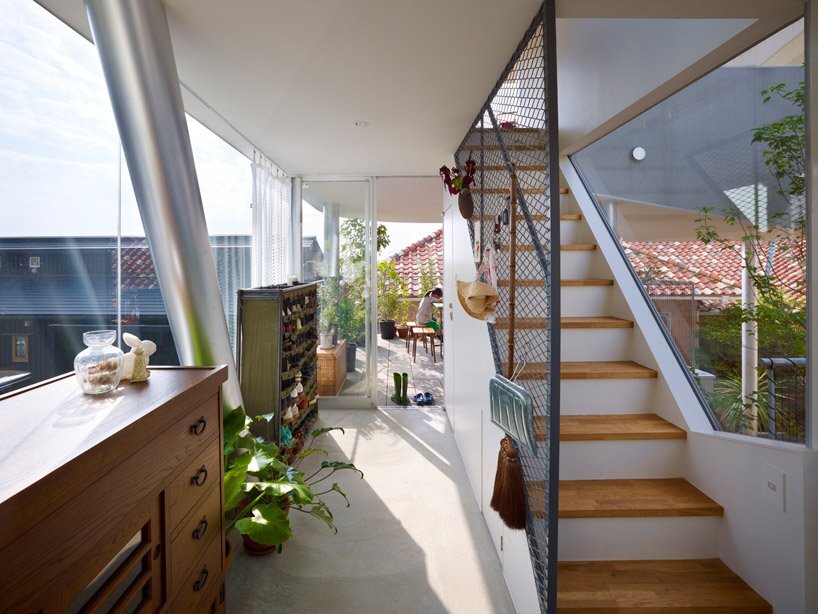 There’s an entrance hall, bathroom/washroom with a separate toilet, two bedrooms, a kitchen and dining area, a study, living room, and an exterior terrace. The occasional rise in platforms throughout its winding length help to define the different rooms. 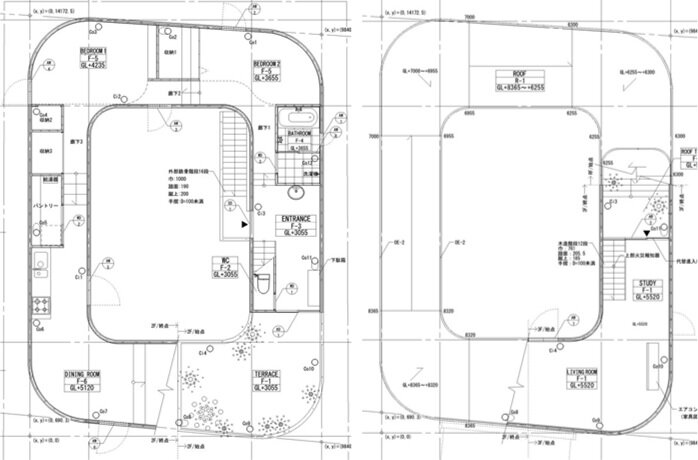 Todo House contains windows from start to finish, with 360-degree views of the surround landscape (and townscape). The steel columns also make an appearance, punching through the floor into the living areas, and on up to the roof. The finish throughout is minimalist, with the occasional plant helping to prevent it from feeling too austere.

For more Japanese houses check out this house that’s set against and built onto a retaining wall. Or, this small house that features a river view and a stepped roof that serves as seating. See all Japanese houses.

A Small Holiday Home Set on the Dutch Island of Vlieland

A Small House Built Over a Swimming Pond by HPSA