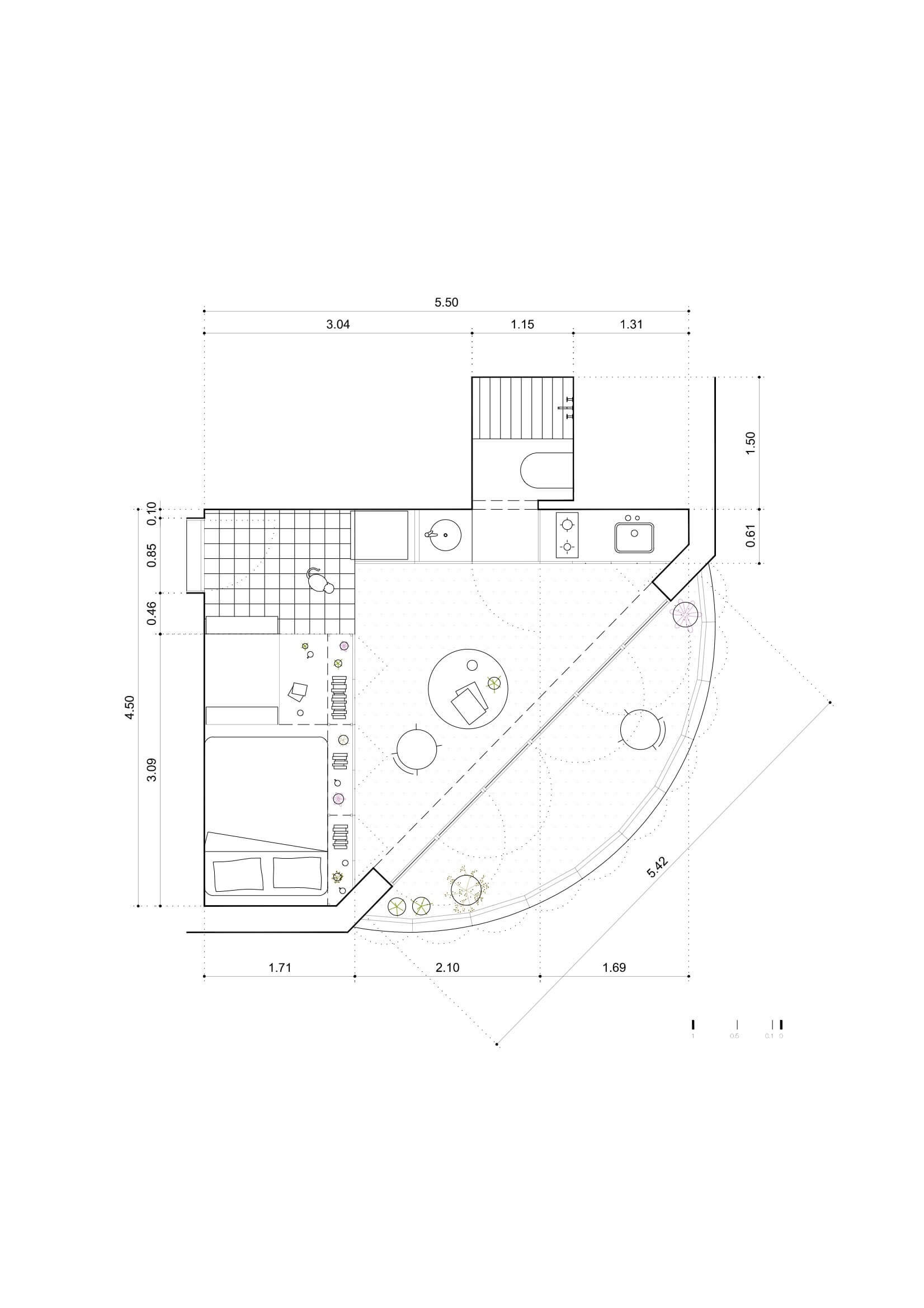 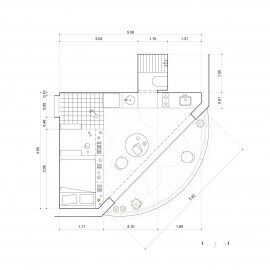 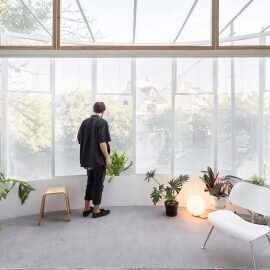 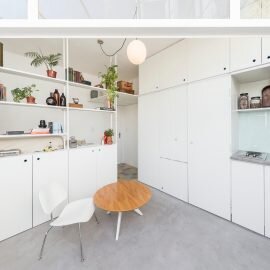 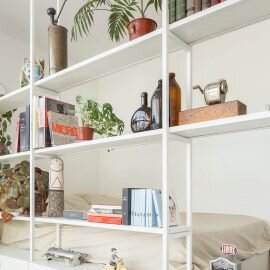 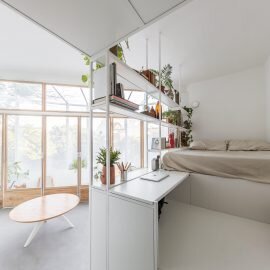 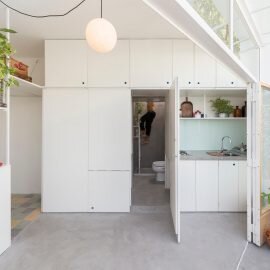 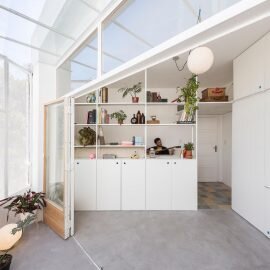 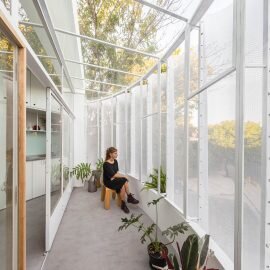 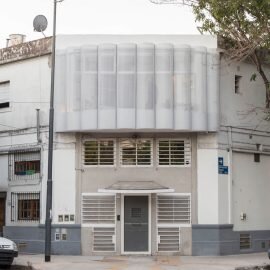 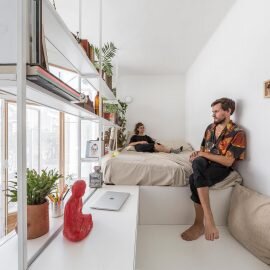 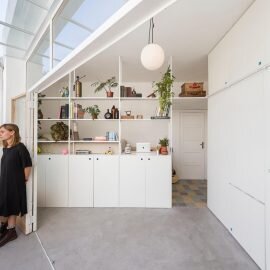 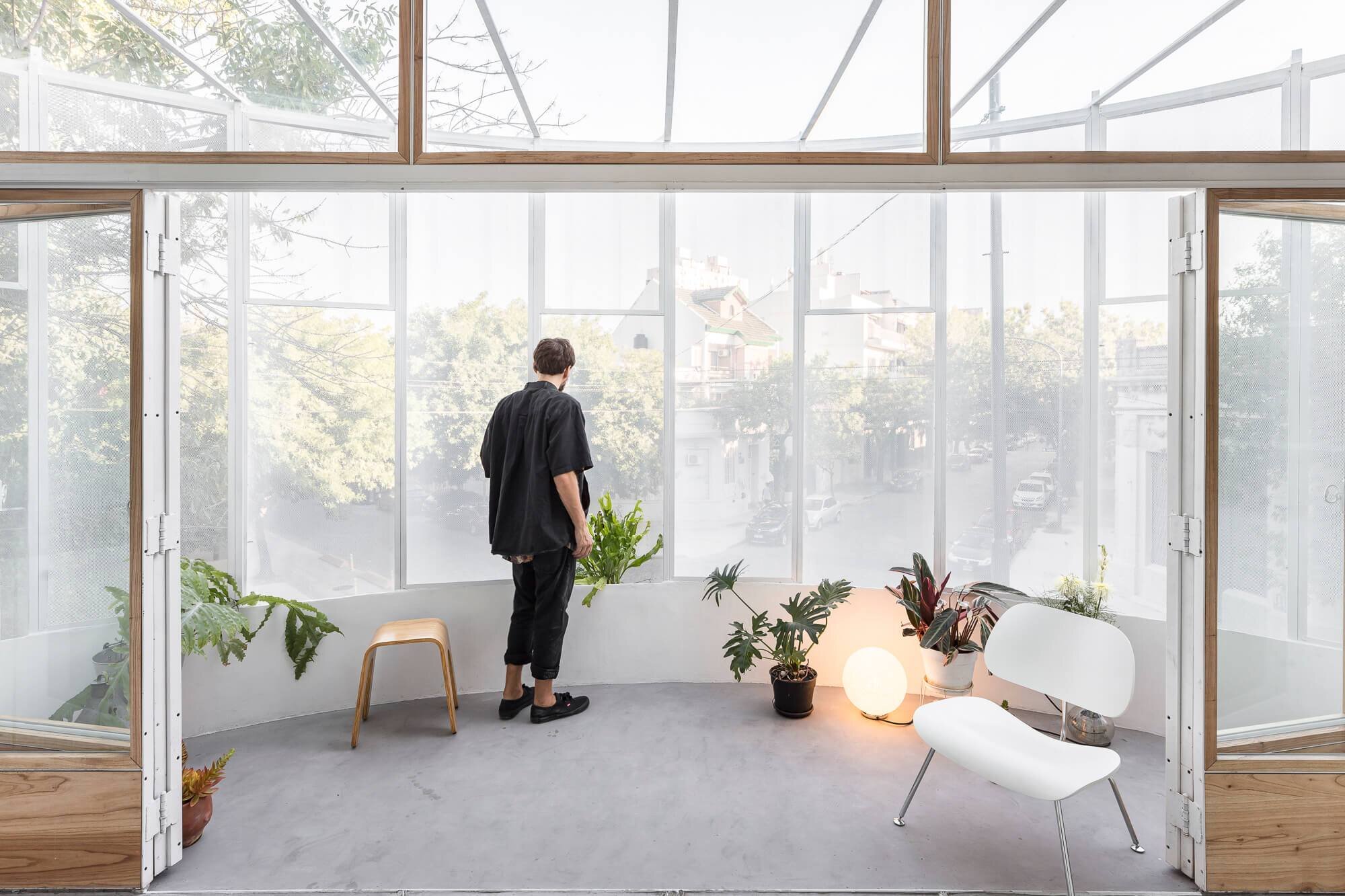 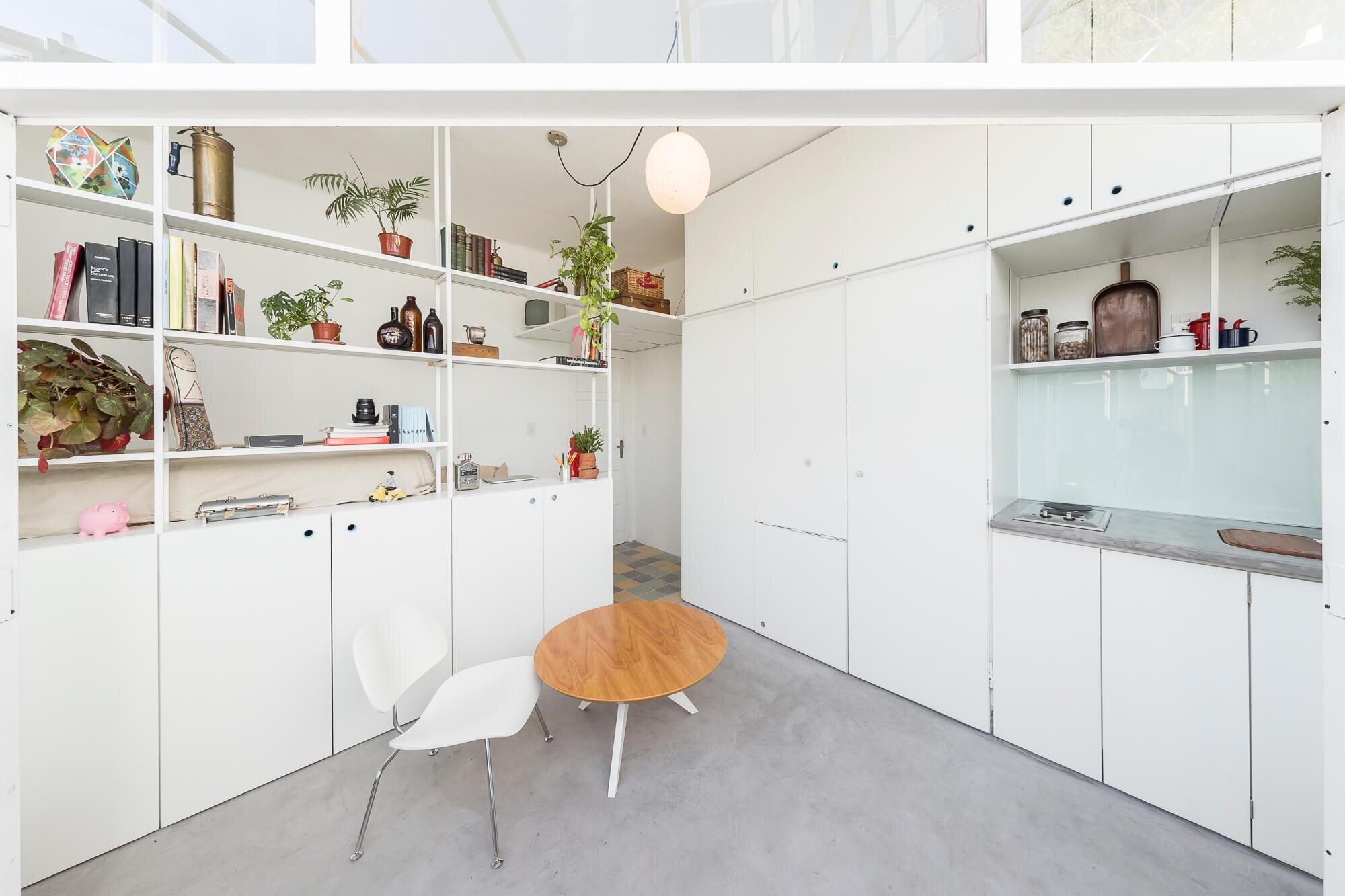 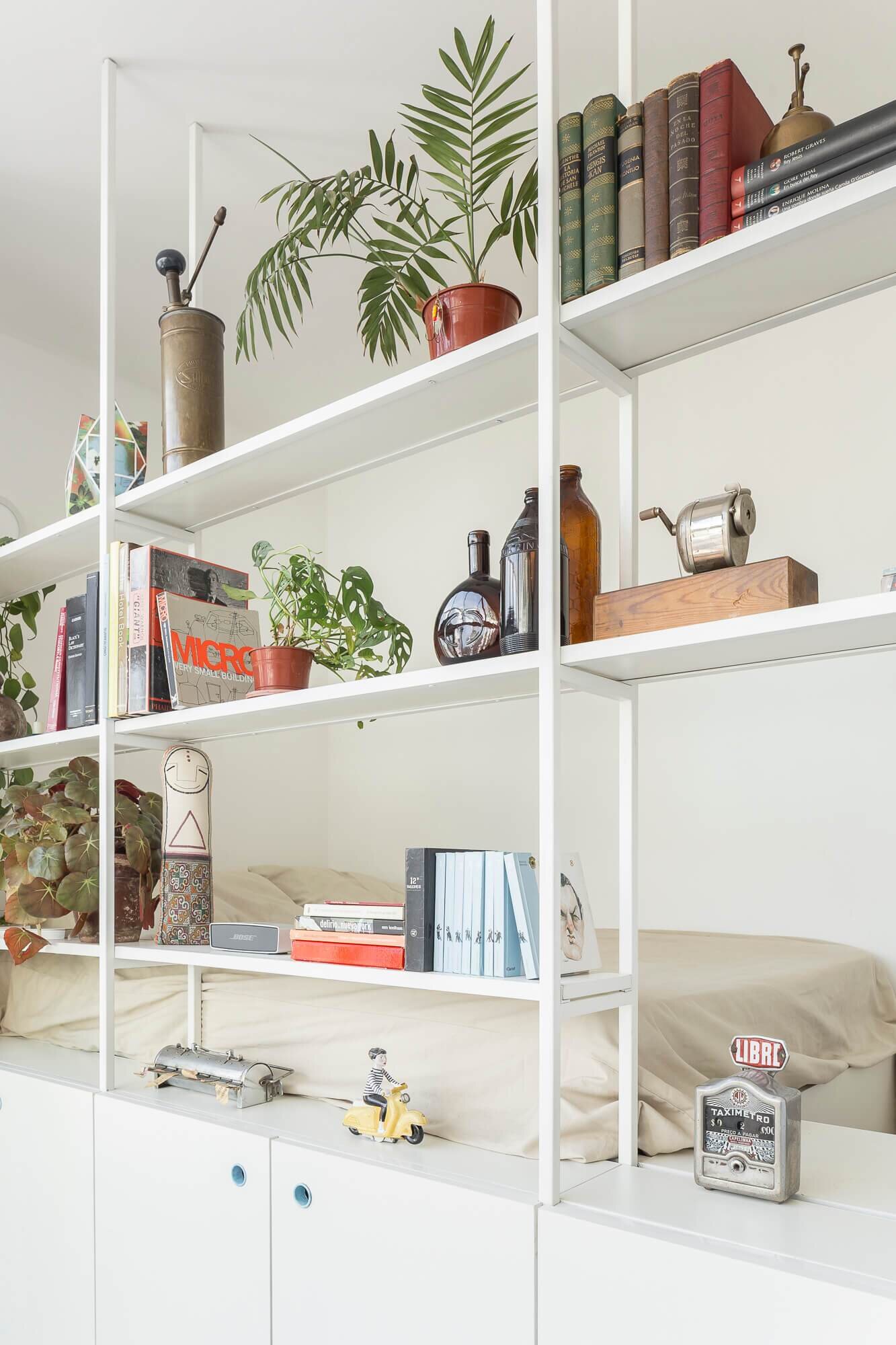 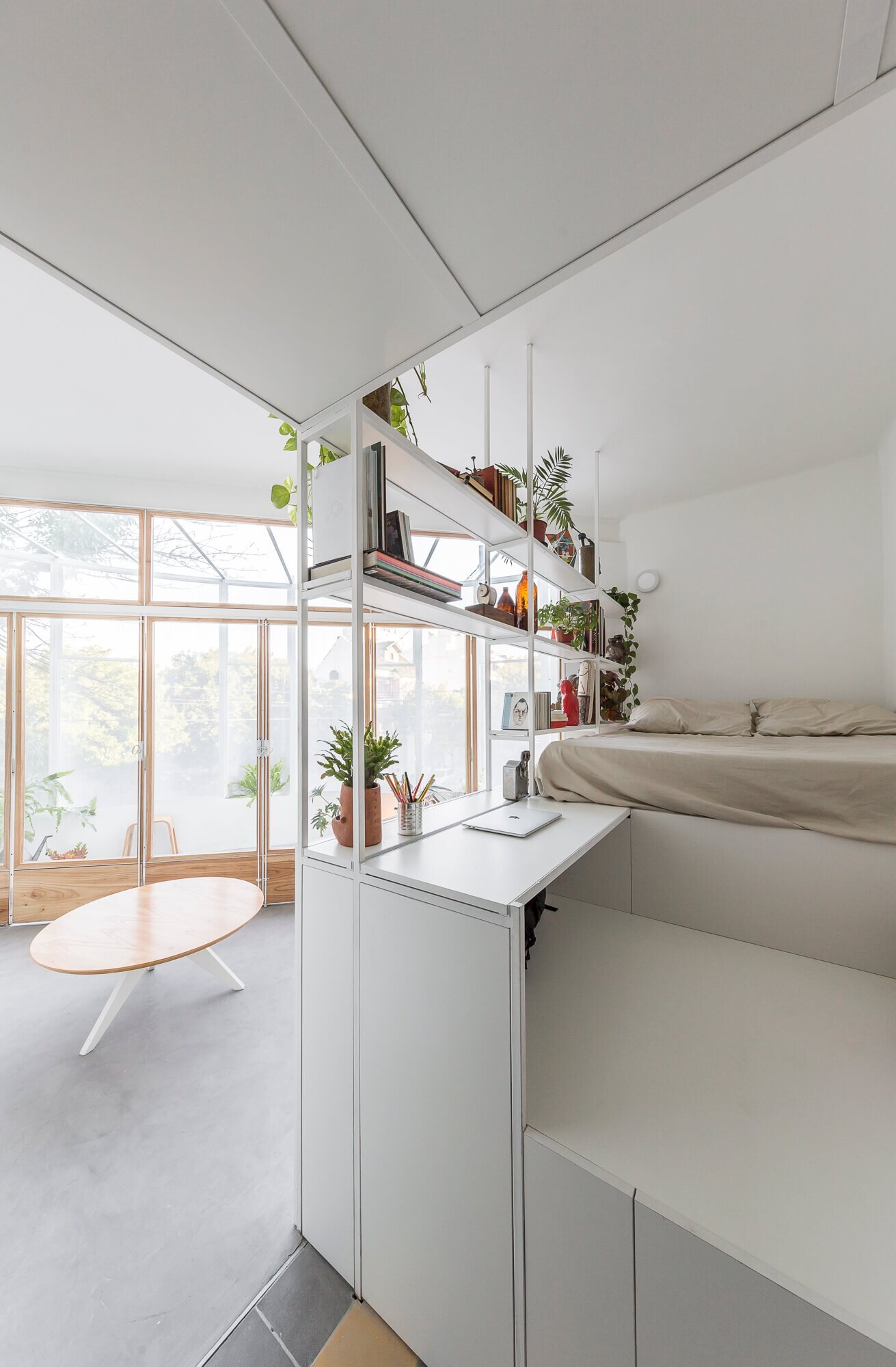 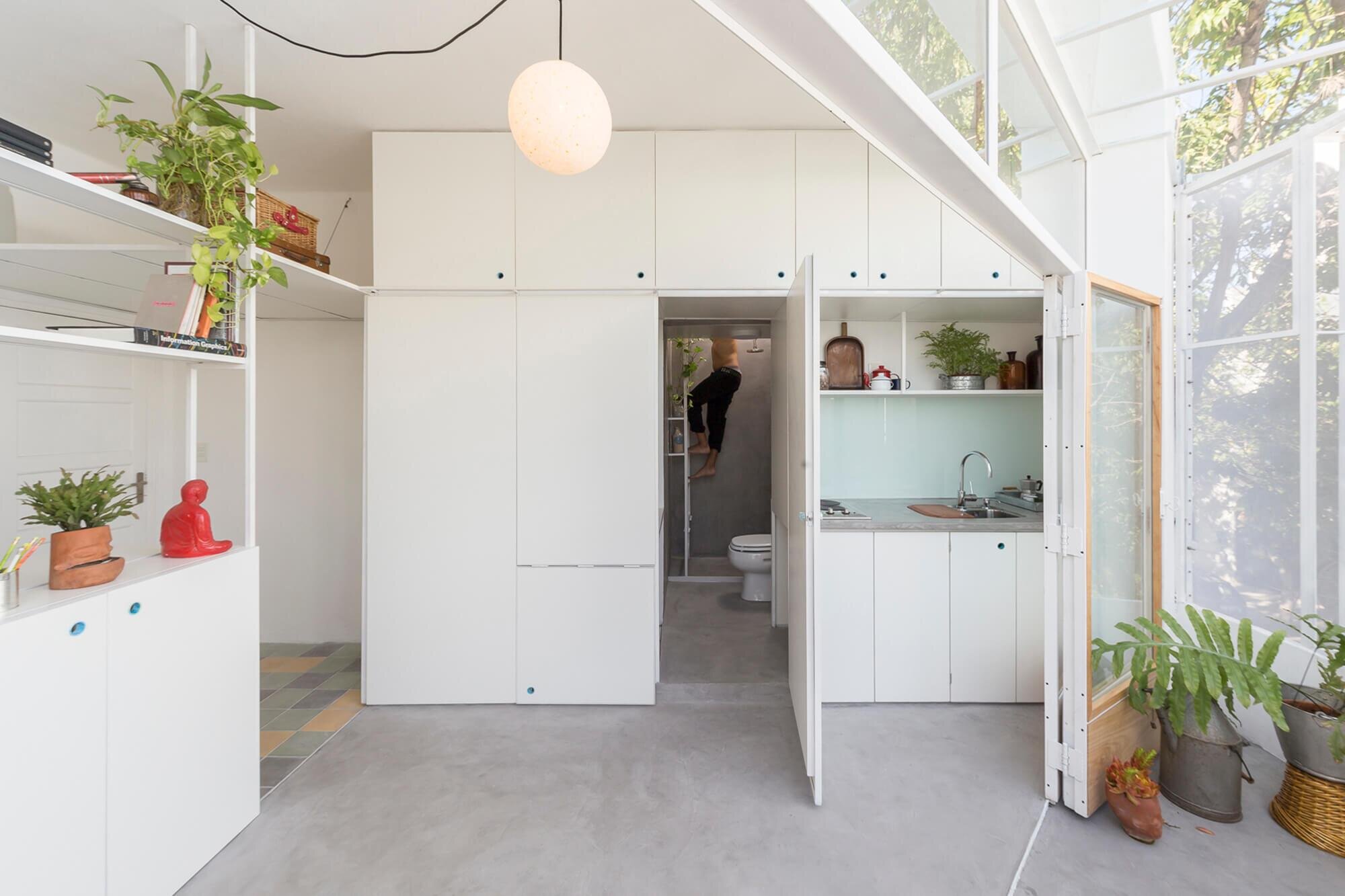 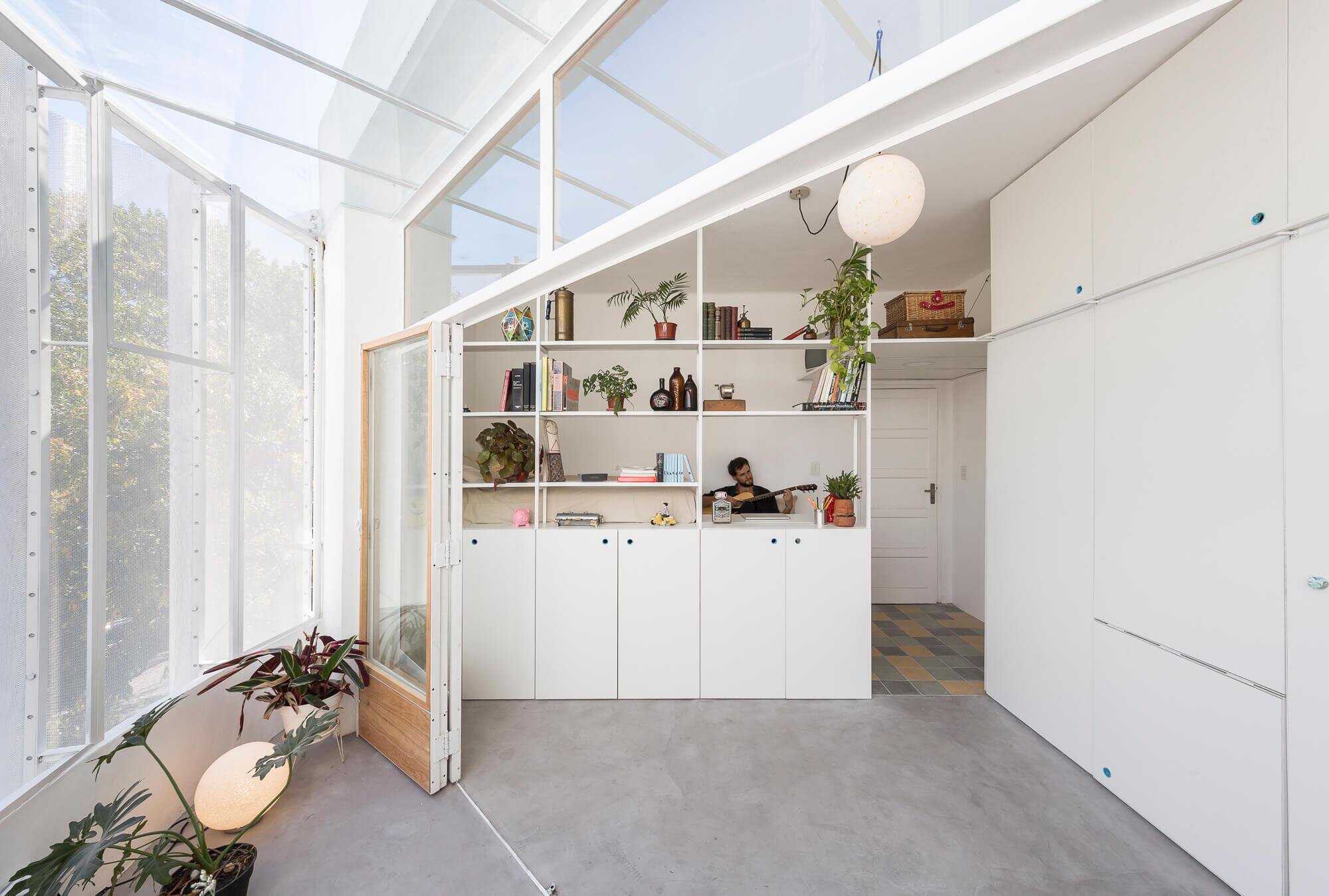 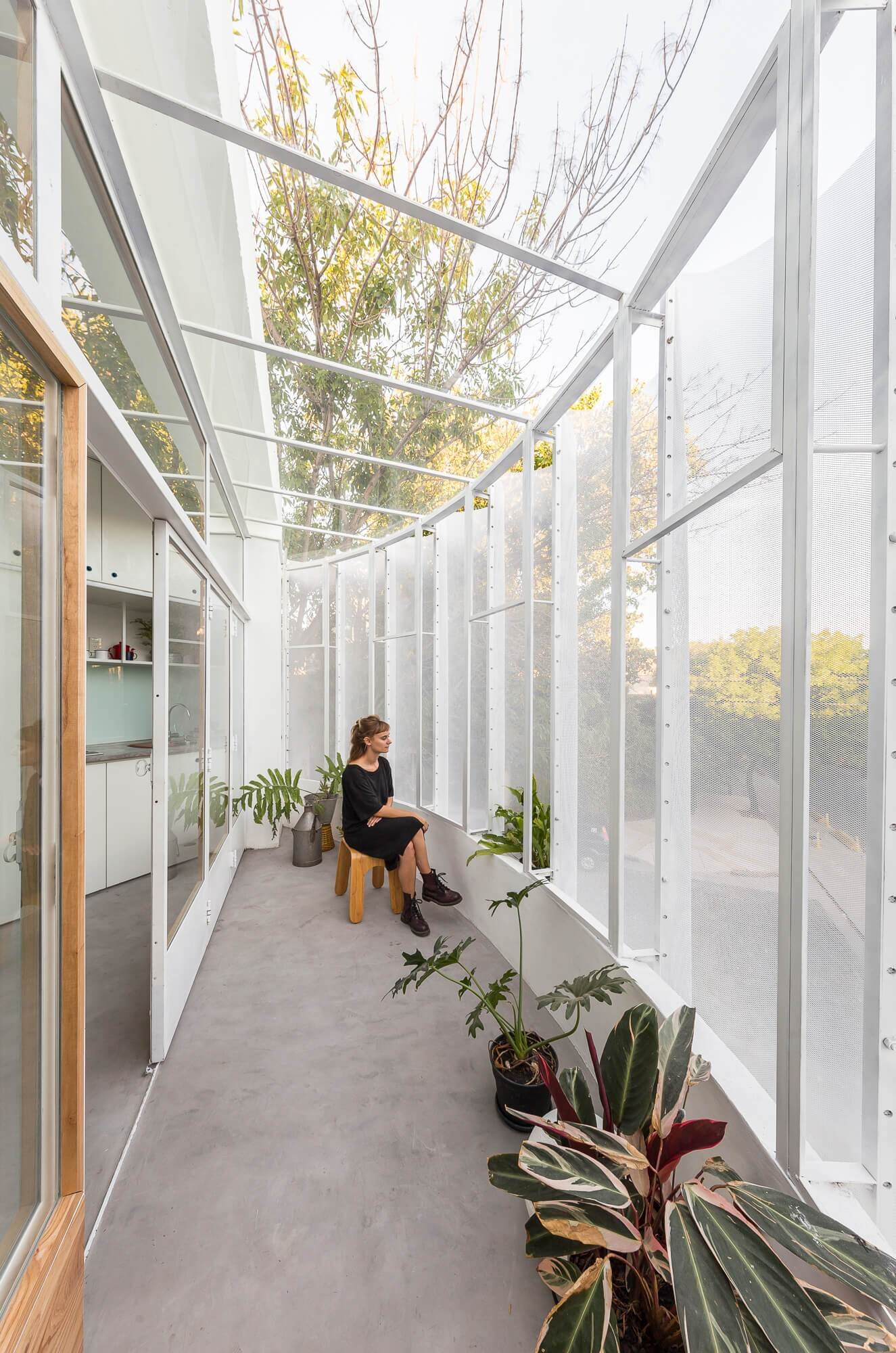 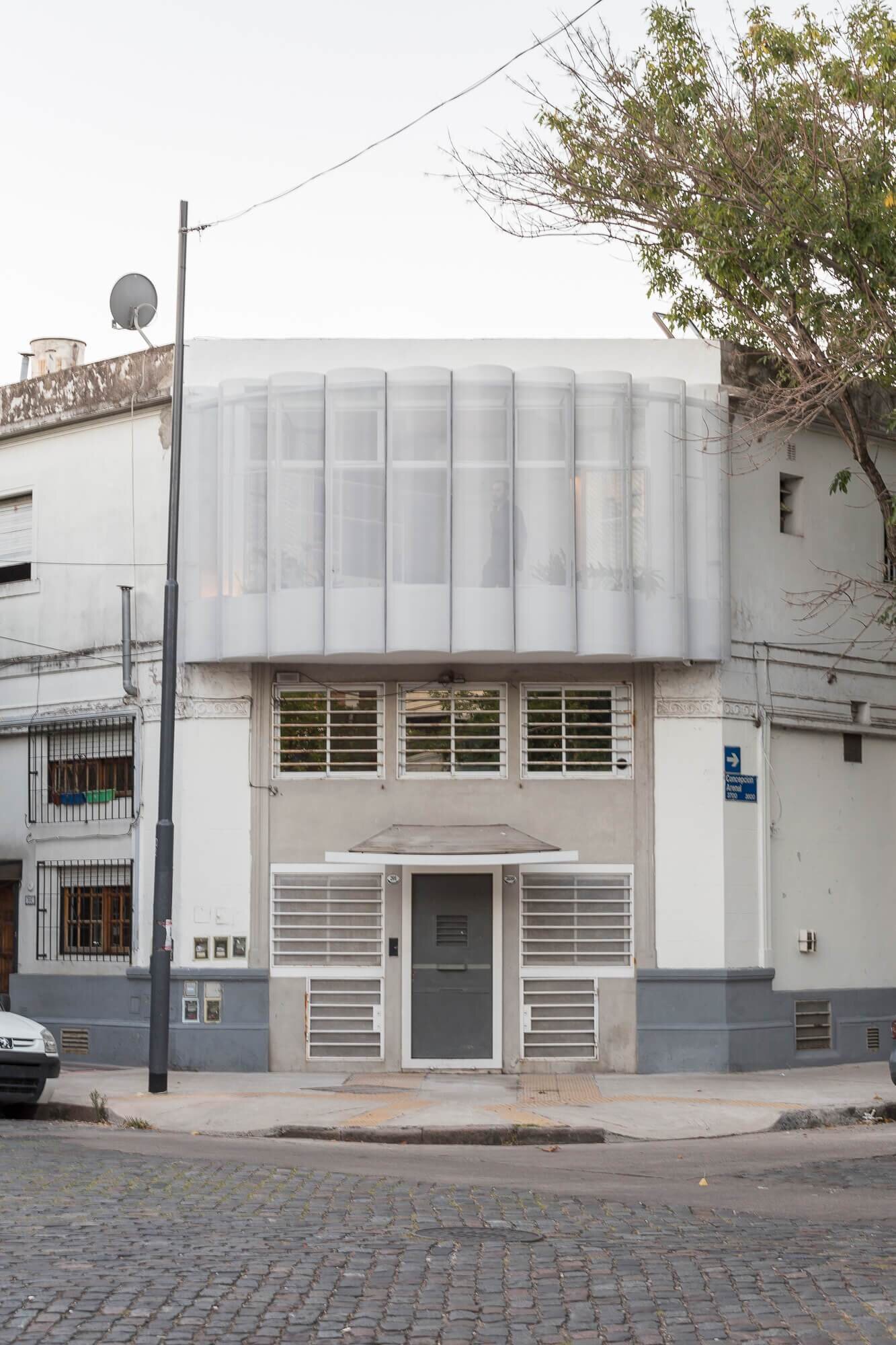 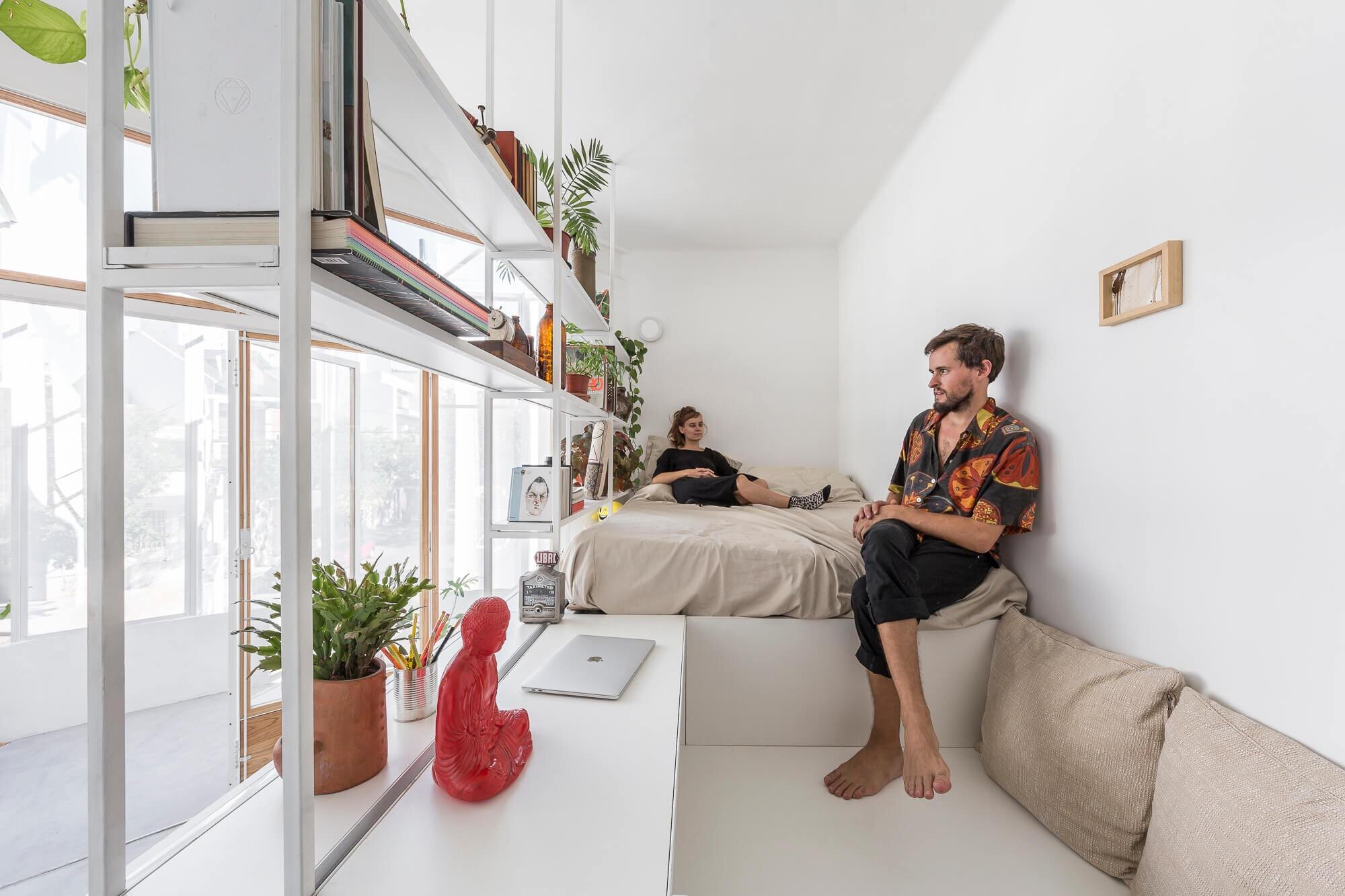 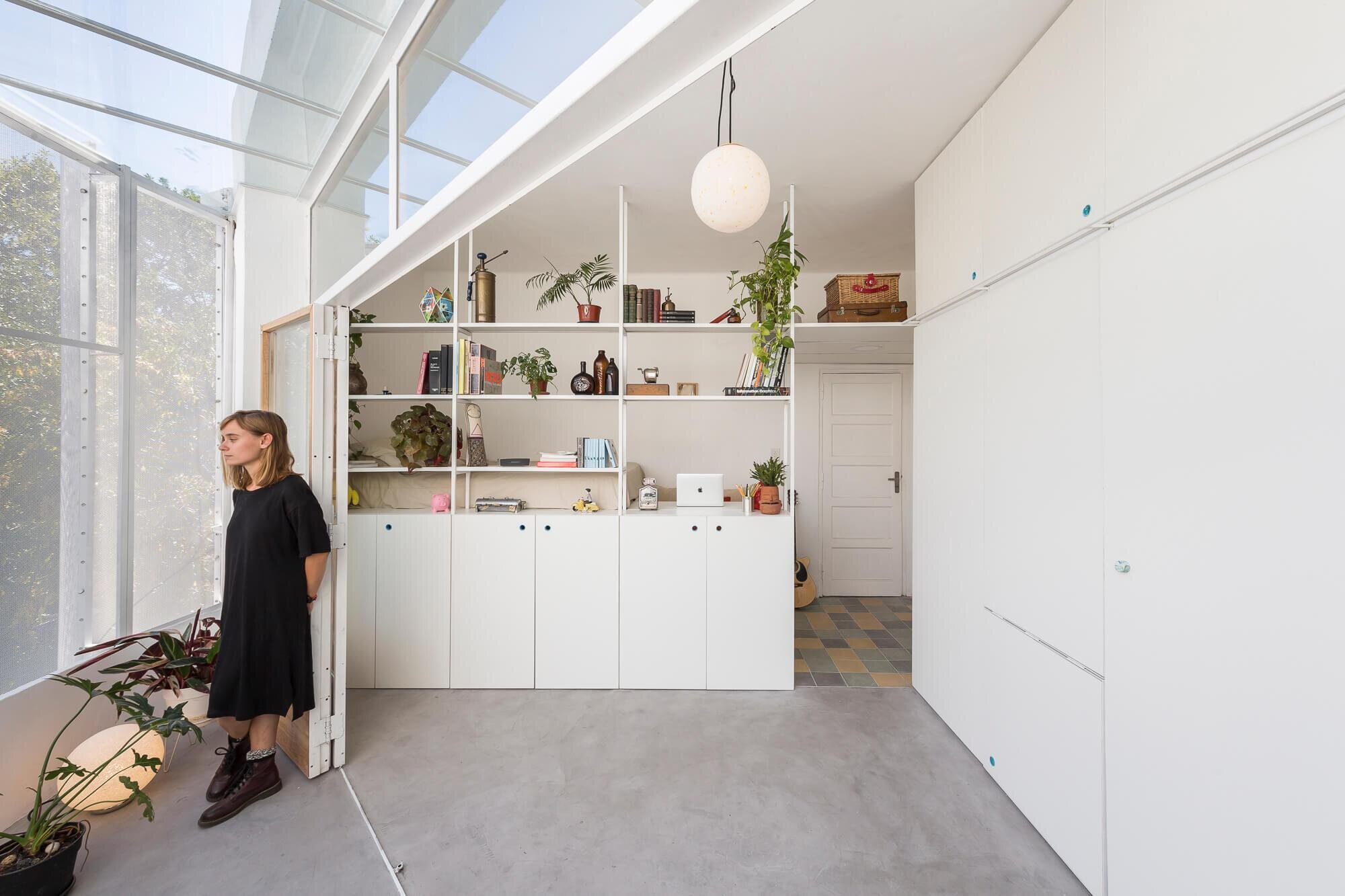 The Argentinian design studio, IR Arquitectura, converted this 1950s apartment into a modern day abode filled with light. The project, which was completed in 2018, has been titled El Camarin.

According to the architects, the property is the product of residential fragmentation, explaining how it came to have it’s unusual layout.

The apartment is located in a neighborhood in Carita in Caba. It’s composed of a single floor unit, spread over an area of 269-square-feet (25-square-meters).

This small apartment… forms an “ochava” on the first floor with visuals as open to the outside as exposed to the curious look from the street. – IR Arquitectura

The designed have described the renovated space as “luminous and flexible”. The property is bathed in light thanks to a series of windows that frame a curved outcrop from the main living space.

This light pours into the apartments living areas, which are all – bar the bathroom – open to one another. To add the the effect, almost every surface is finished in white, helping to brighten the space further.

The incorporation of spaced enclosures offers a new device, a diaphragm able to expand the use of the apartment in summer and to contract it in winter. – IR Arquitectura

For the most part, living spaces have been confined to the walls, hugging them so as to save space. A kitchen and bathroom can be found along one wall, while a bedroom and study are found along another.

The remaining space can then be divided up as the client sees fit (or left largely open as it’s shown here).

Architecture Uncomfortable Create a "House for a Young Family"