Holland-based architecture firm, ECOnnect, have created this ingenious puzzle-like house in an attempt to provide affordable housing for future generations. 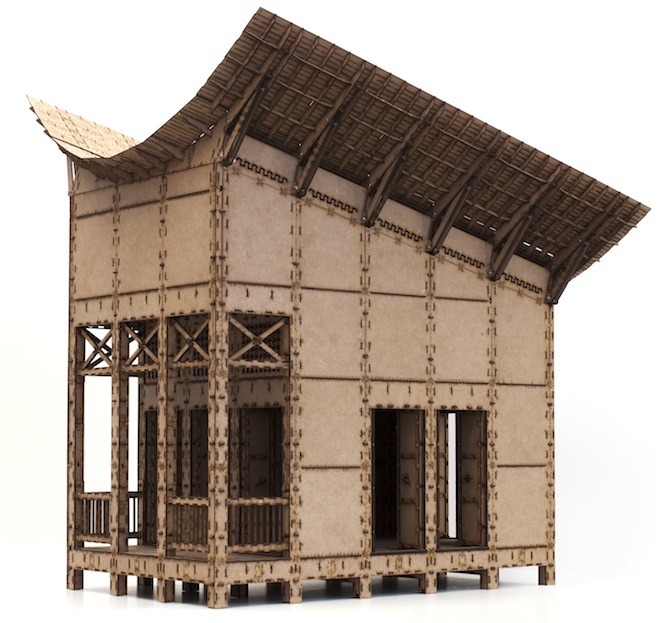 In twenty years’ time the number of people living in cities is expected to grow from 3 billion to 5 billion, with 40% of them living on or below the poverty line. ECOnnects rather ingenious design is aimed at providing affordable housing that can be built from what they claim to be a 100% sustainable product, “ECOboard” (let’s be honest, it’s probably not 100% sustainable in the true sense of the word).

The ECOboard’s can be cut using a laser cutter and a mill. According to ECOnnect, it would take approximately 25 minutes to construct a door detail, at a cost of 32 Euro ($44). All things considered, that’s pretty cheap. 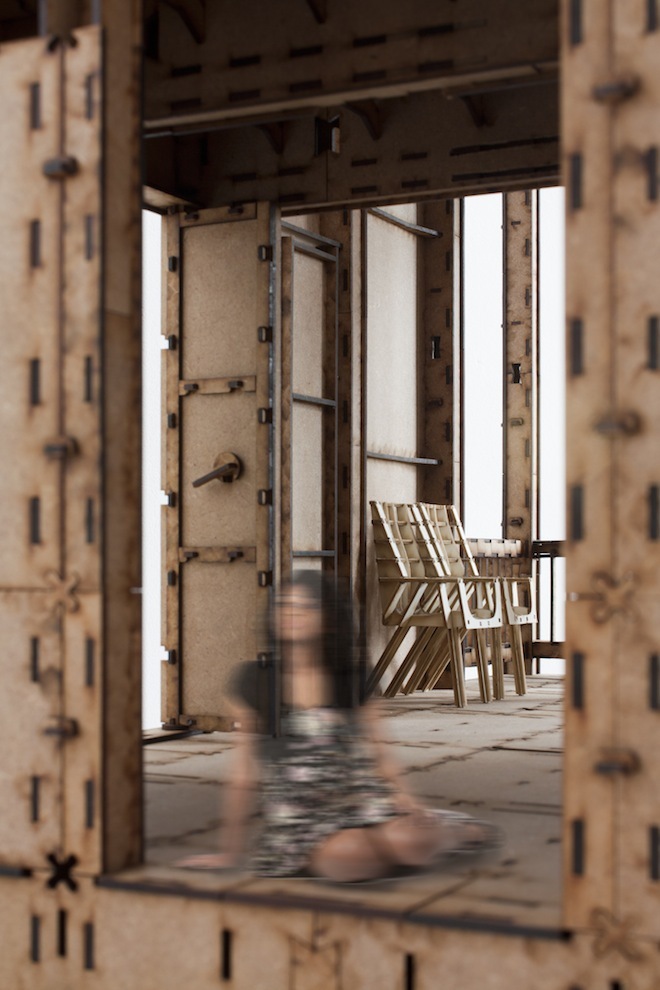 The structure of ECOnnects design is based on intersecting pieces of ECOboard, which slot together to create the different aspects of the house – door openings, external walls, windows and roofing. The expect cost of a family home is just $10,000. Although, this seems to be just the structure, as there is no mention of details like plumbing, and electrical. 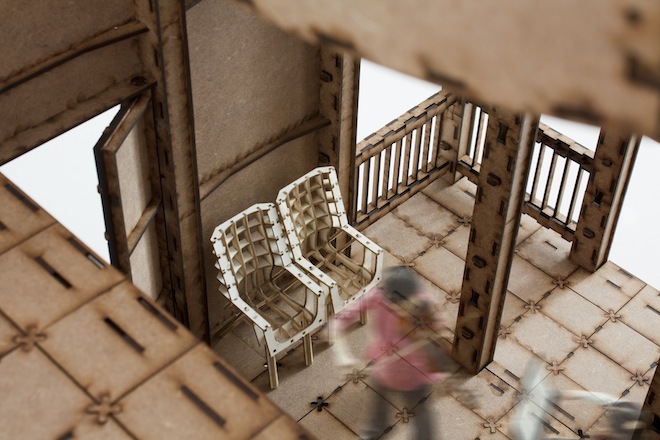 Peter Stoutjesdijk, an architect at ECOnnect, was inspired to design the structure after seeing thousands of people being left homeless in Haiti after the massive earthquake in 2010. The concept was at least initially perceived as a means of providing temporary to long-term housing for those in the aftermath of a natural disaster. Such is the flexibility of the design, it has developed into a possible solution for housing the masses in the future.

It’s estimated that a full structure could be erected in as little as 5 hours. Builders will be able to assemble the house without the use of metal fittings, screws or glue – it simply locks together in 3 directions. Additionally, each panel is made of reused-wood that has been waterproofed with nano-coating chemicals (no mention of what those nano-coating chemicals are though).

Stoutjesdijk believes that “where the first industrial revolution democratized consumption, the next one is expected to design and democratize production through digital networks of shared knowledge and digital fabrication devices.” A revolution of the construction industry on a world-wide basis through open-source projects accessible via the internet.

For more shelters check out the Liina Transitional Shelter by Aalto University, or this award winning shelter created by Nic Gonsalves and Nic Martoo. See all shelters.

Truck Converted to a Solar Powered House on Wheels