This small house (called CL House) from Cervera del Maestre, Spain has undergone a restoration that’s transformed it from a dilapidated building to a functional home. The repair and redesign was carried out under the guidance of Spanish architecture firm, ADI Arquitectura. 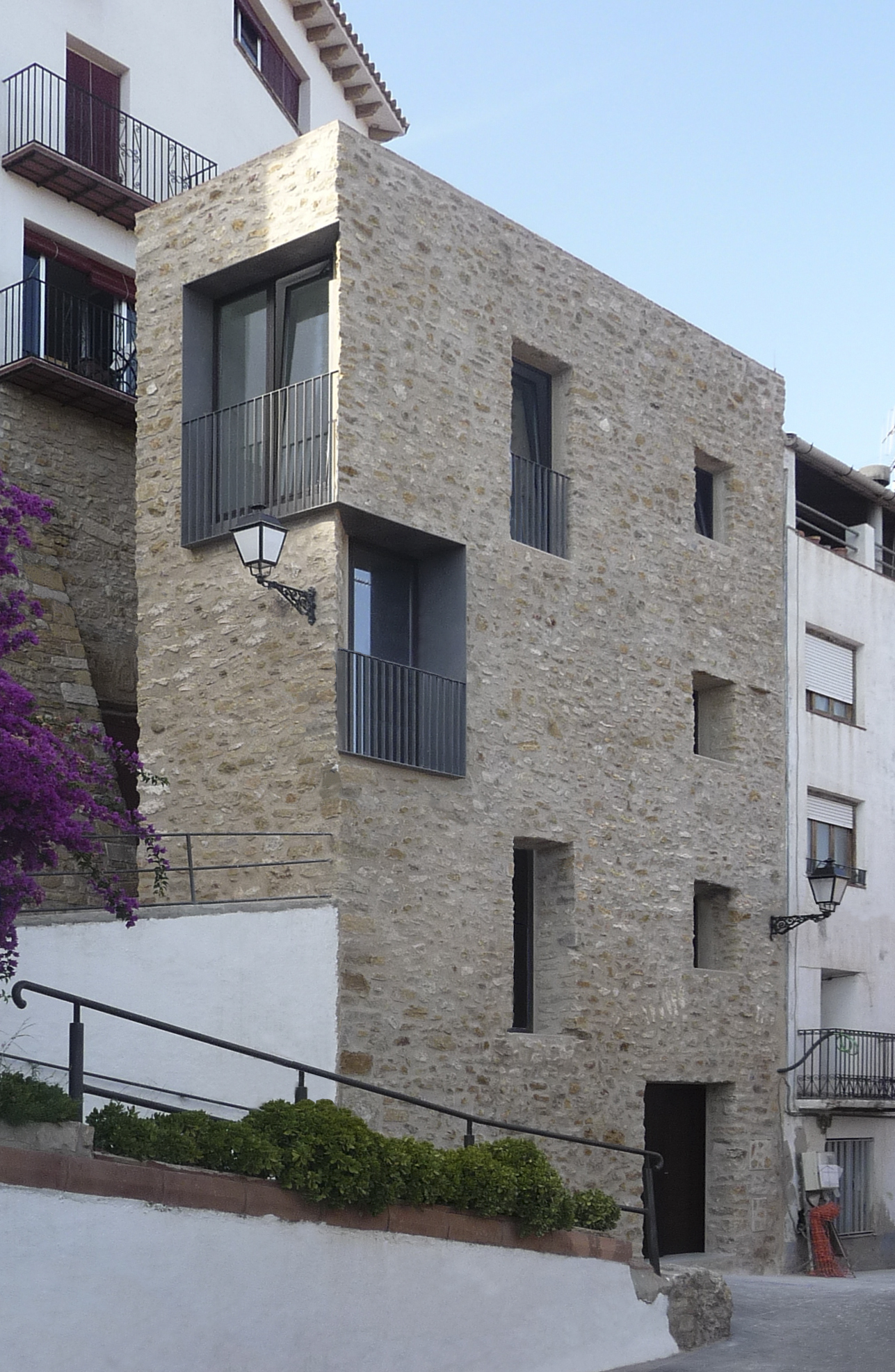 The stone walls are visible both from the outside and the inside, although some interior walls have been rendered over to create a much lighter interior. The architects wanted to keep the traditional feel and kept original window openings. This had led to an interior which receives poor lighting in some areas. In an attempt to combat the poor light conditions, a modern “open” staircase has been incorporated in the home. The staircase allows the light to penetrate deeper into the living areas. 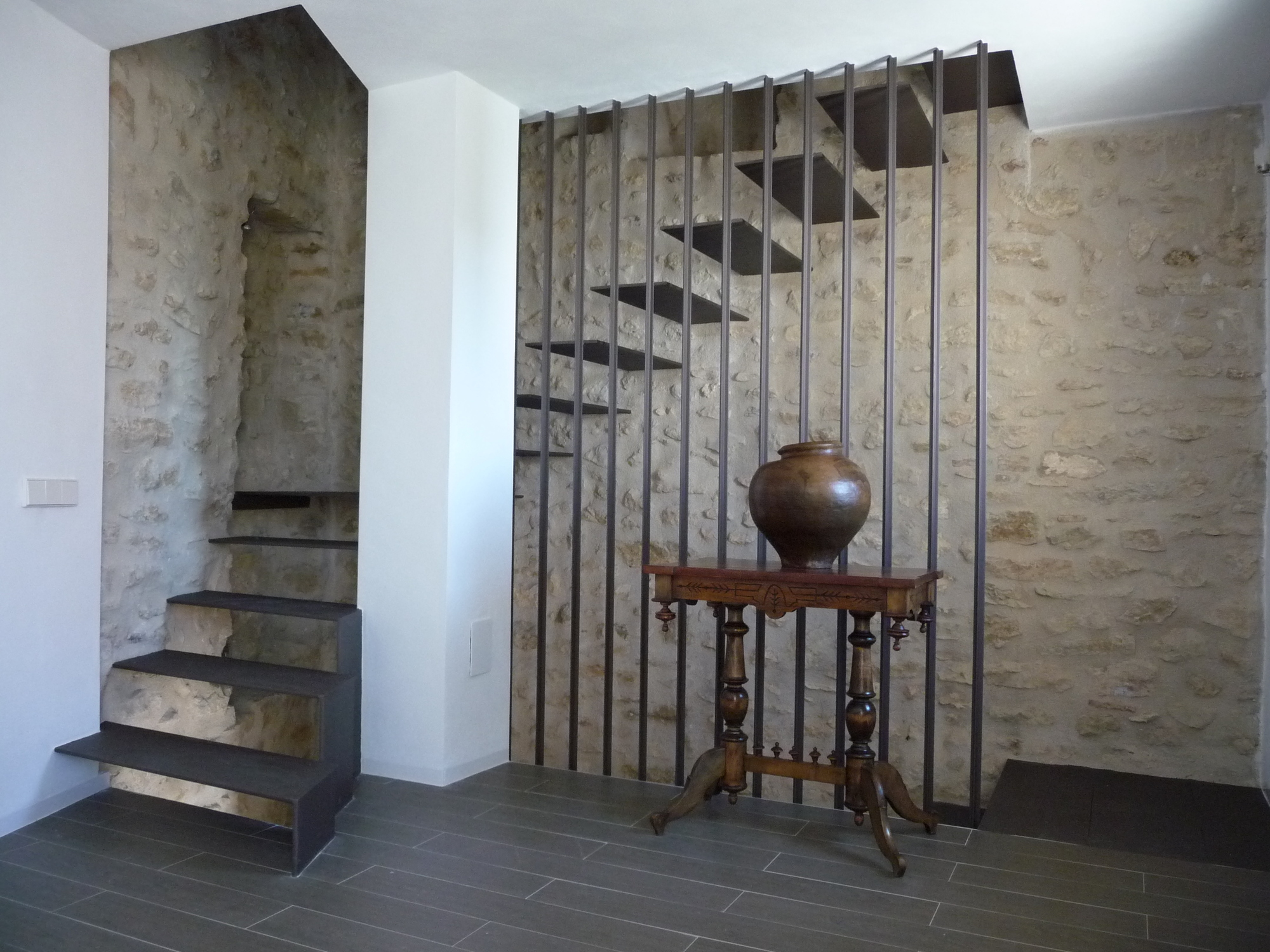 The house has four floors. The ground floor acts as an entrance and leads up to the main living area, kitchen and dining space. On the third level of the home you’ll find the bedroom and a small but functional bathroom (minus the bath). The final floor appears to act as an additional lounge area. The interior is finished simply throughout with emphasis on natural materials; stone, tile, and metal. 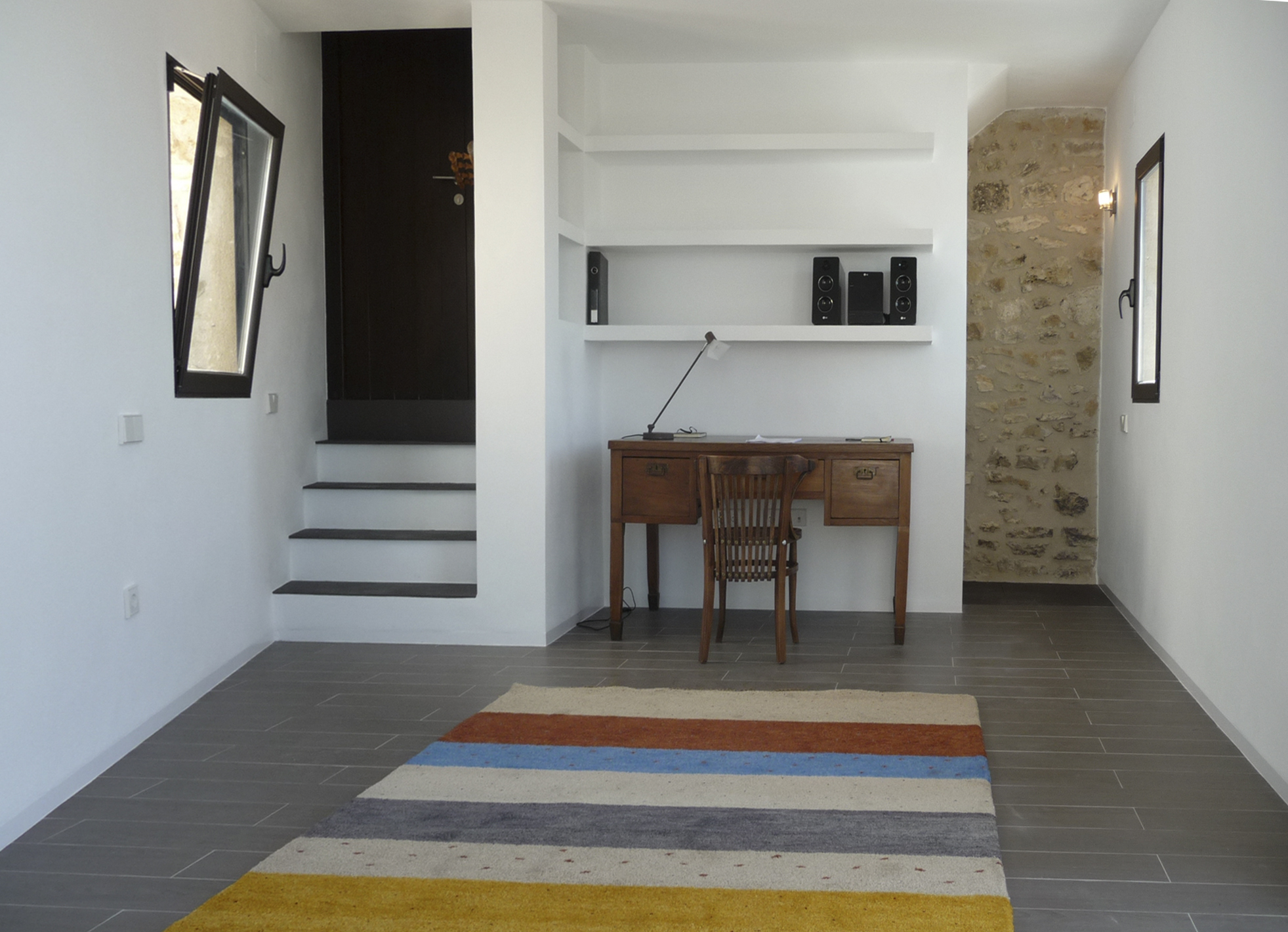 From the architects: “The project consists of rehabilitating a dilapidated house for an occasional home in a Maestrazgo village. Given its location in a corner, very visible from three streets, we intended to respect the materials, proportions and the arrangement of openings of traditional architecture.”

“The balcony which runs between two floors [provides] views between neighboring roofs. Inside, the staircase, always present, is the element that brings the plans together, so it was laid out very openly, combining steps and rail with the same structural resource.”

For more small houses check out the Tower House by Benjamin Waechter Architects – a modern home built on a small plot. Or this Japanese house from Hakuba in Japan that acts as a year-round ski home. See all small houses.