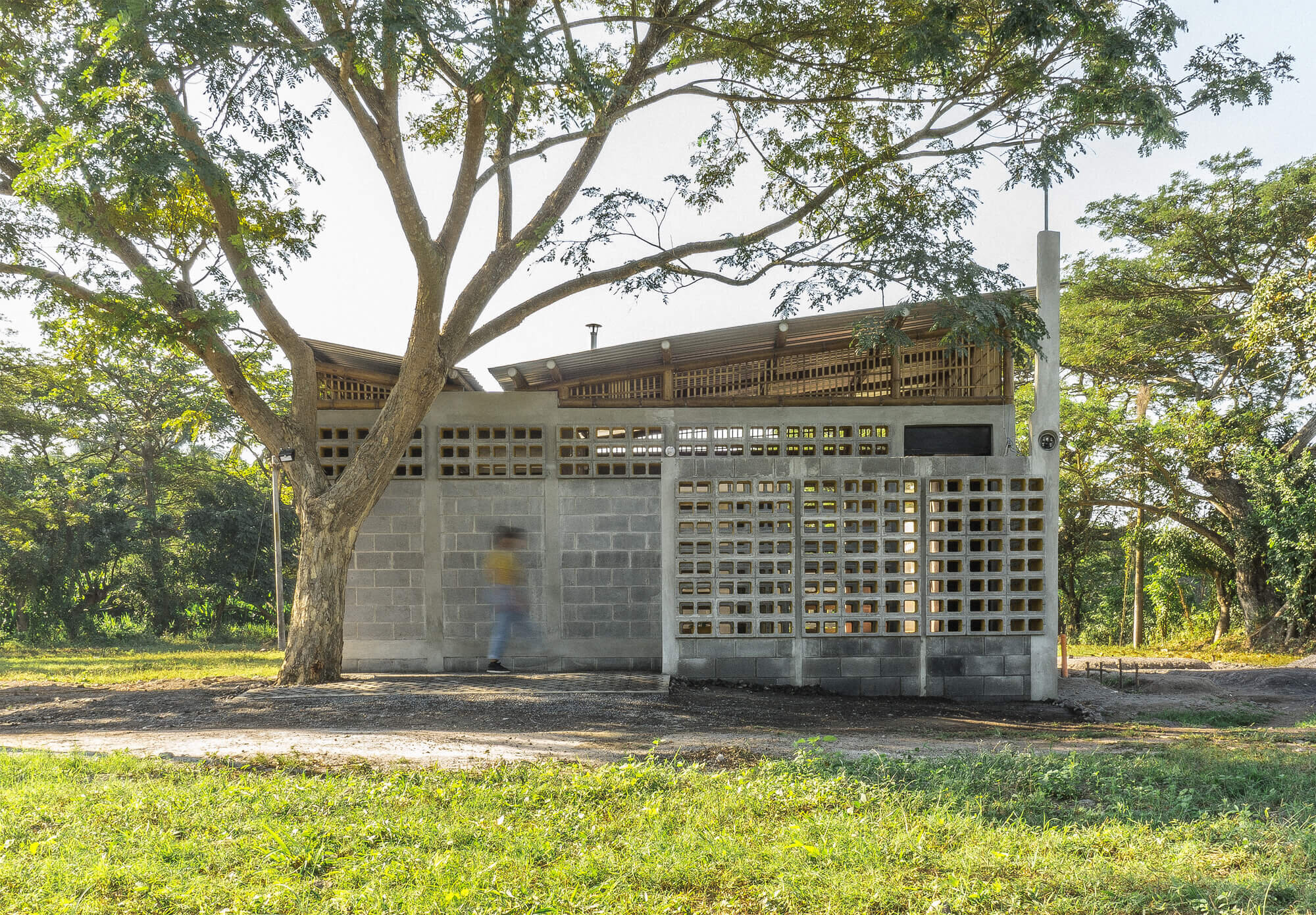 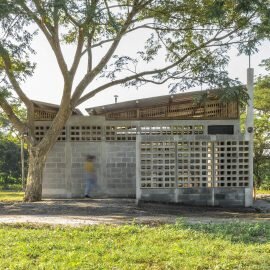 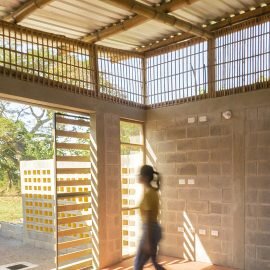 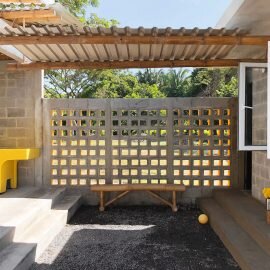 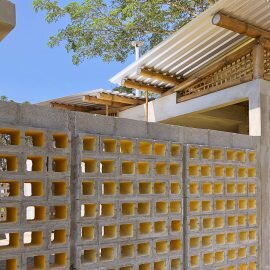 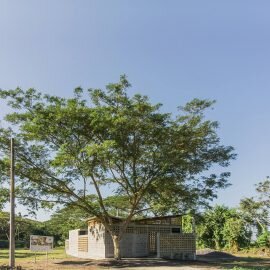 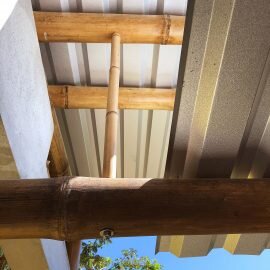 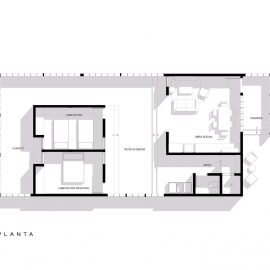 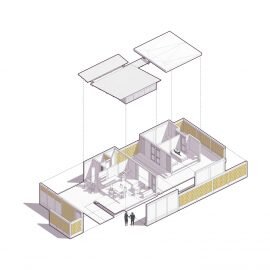 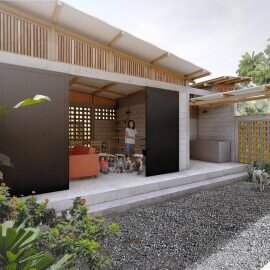 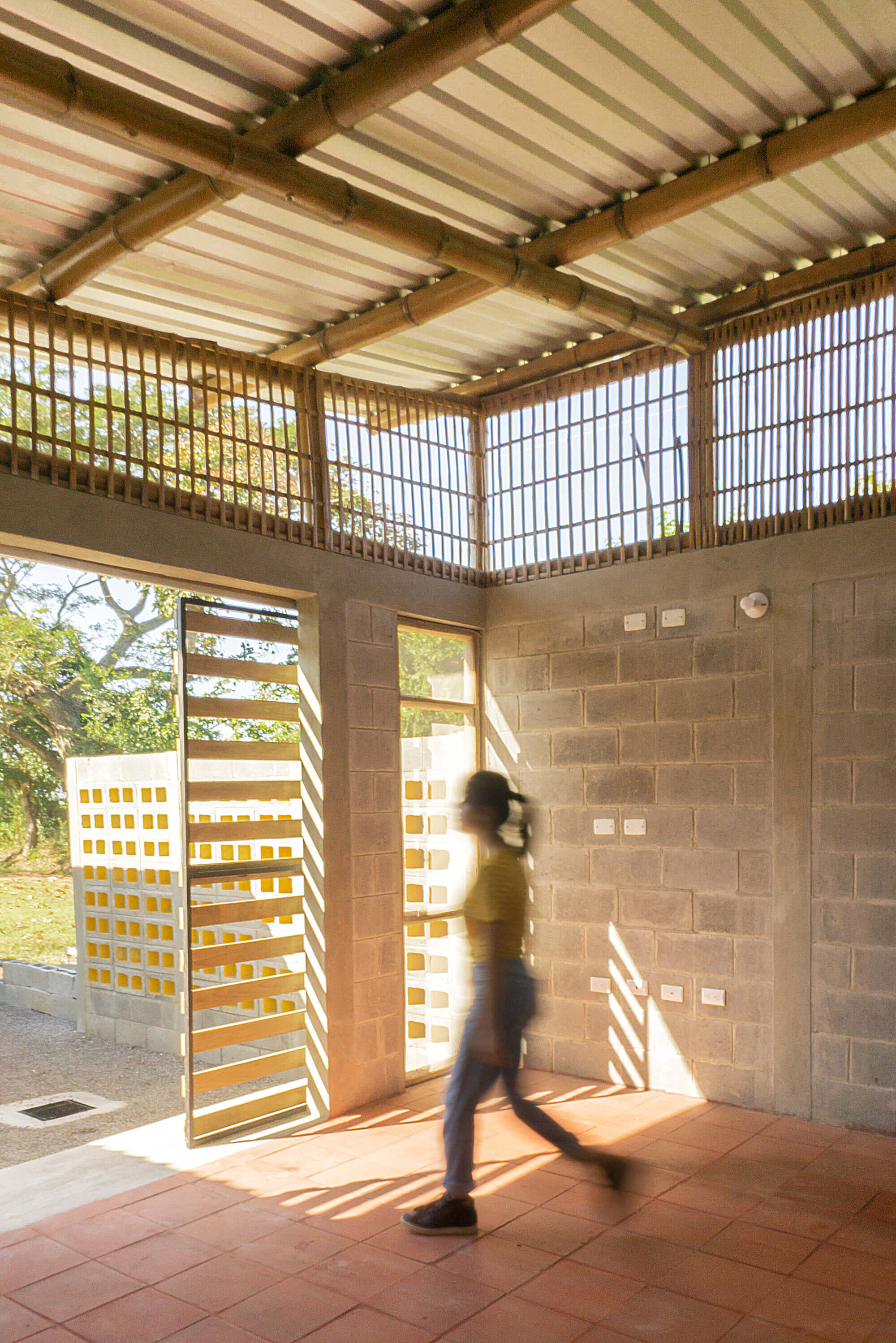 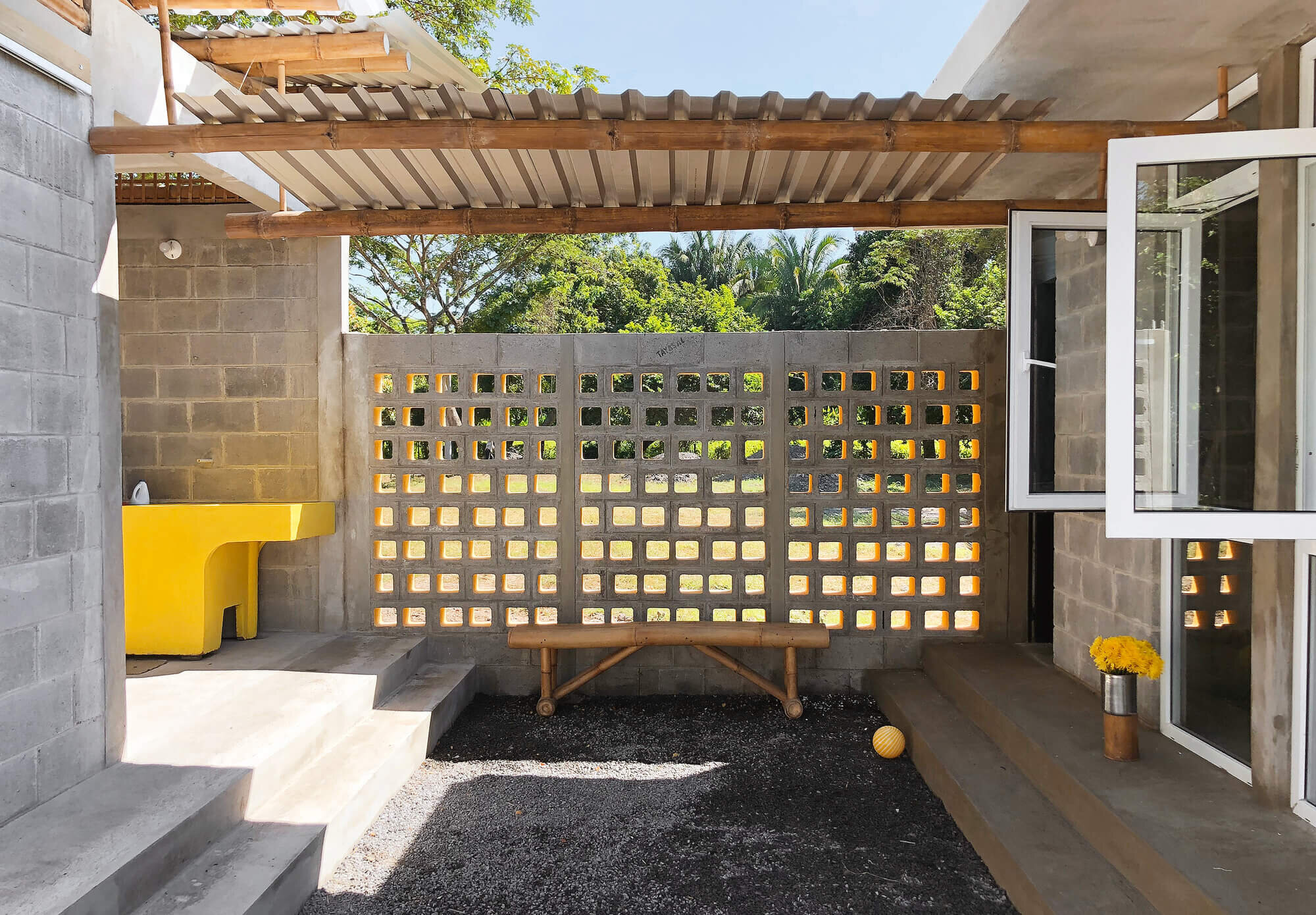 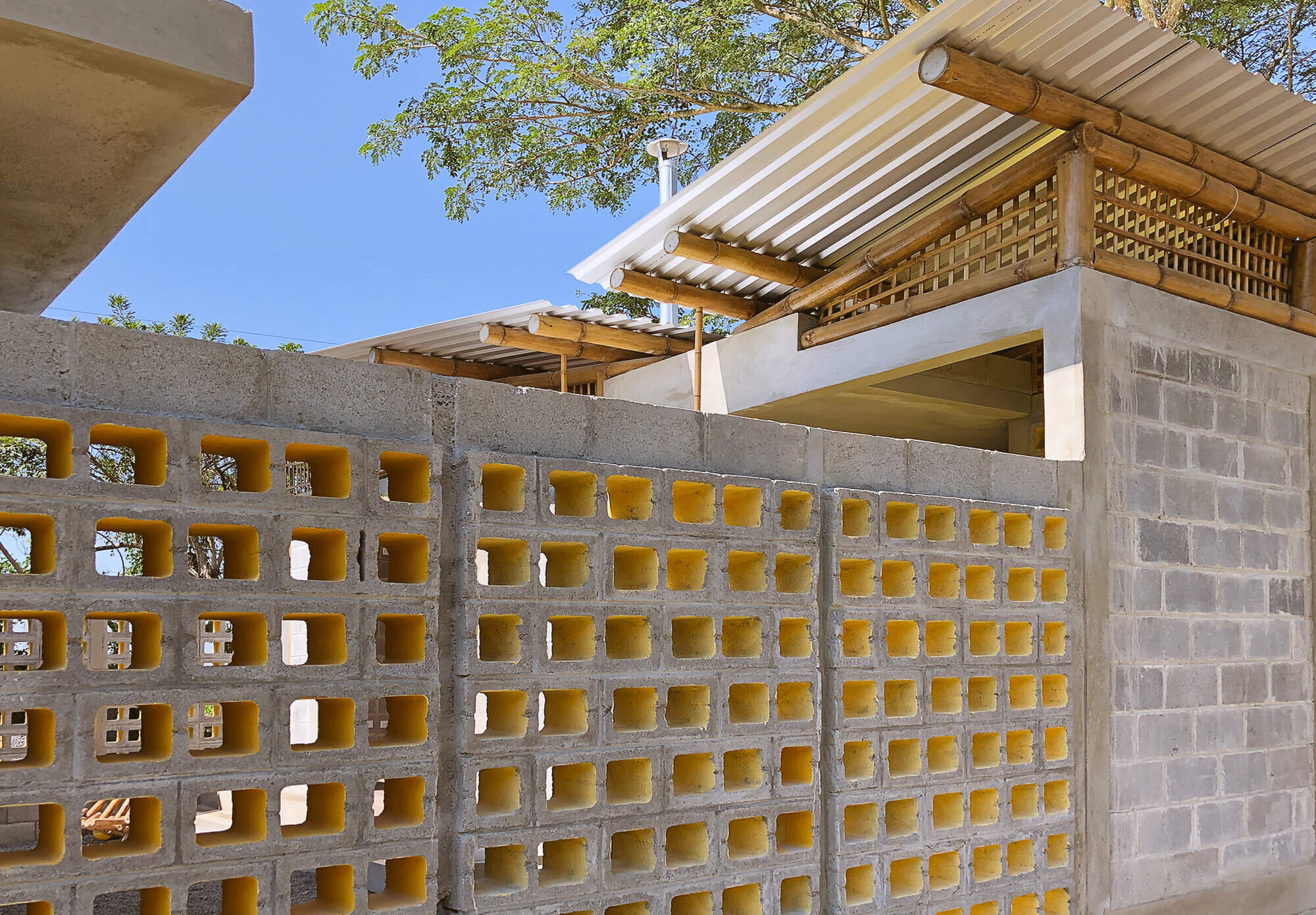 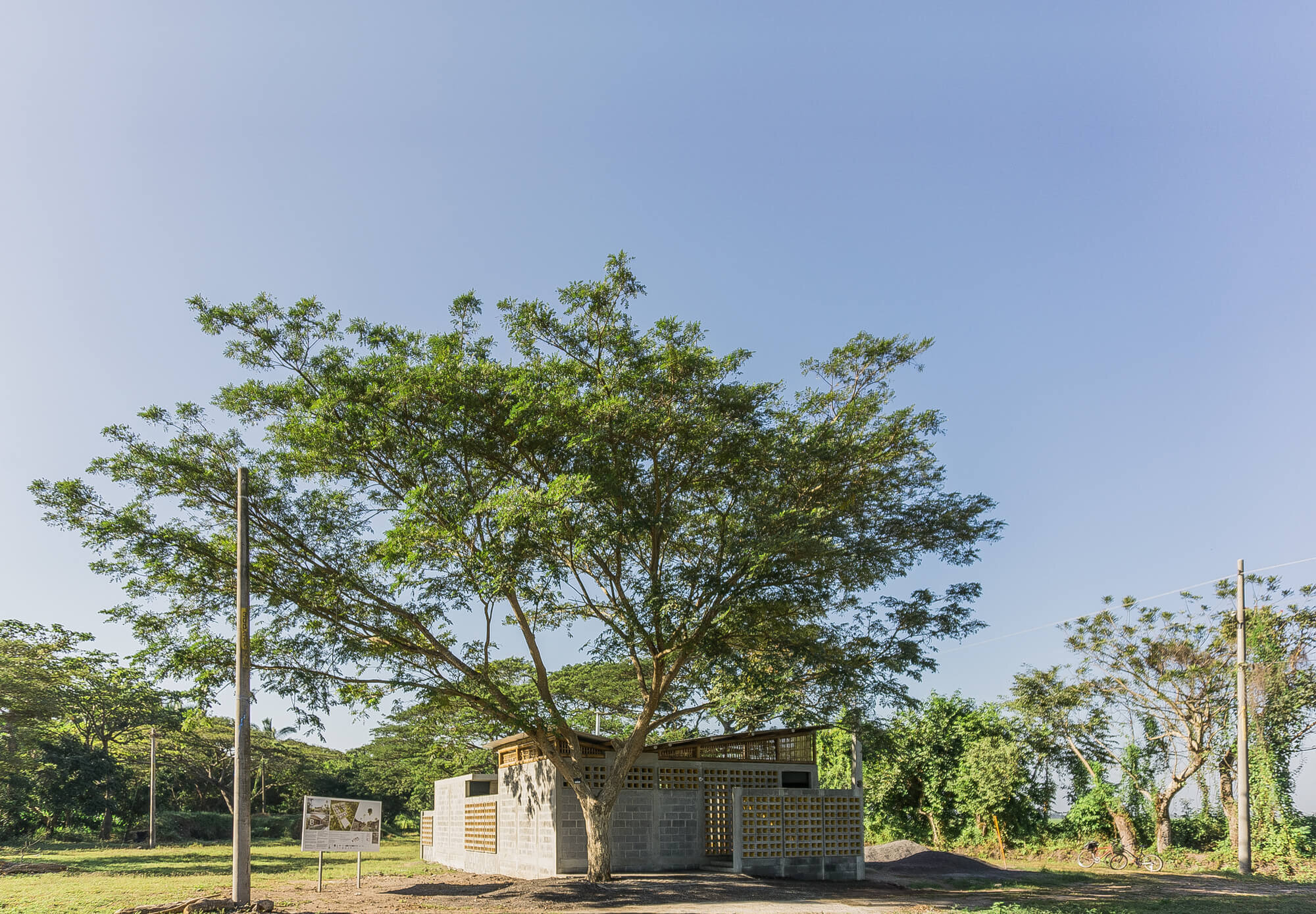 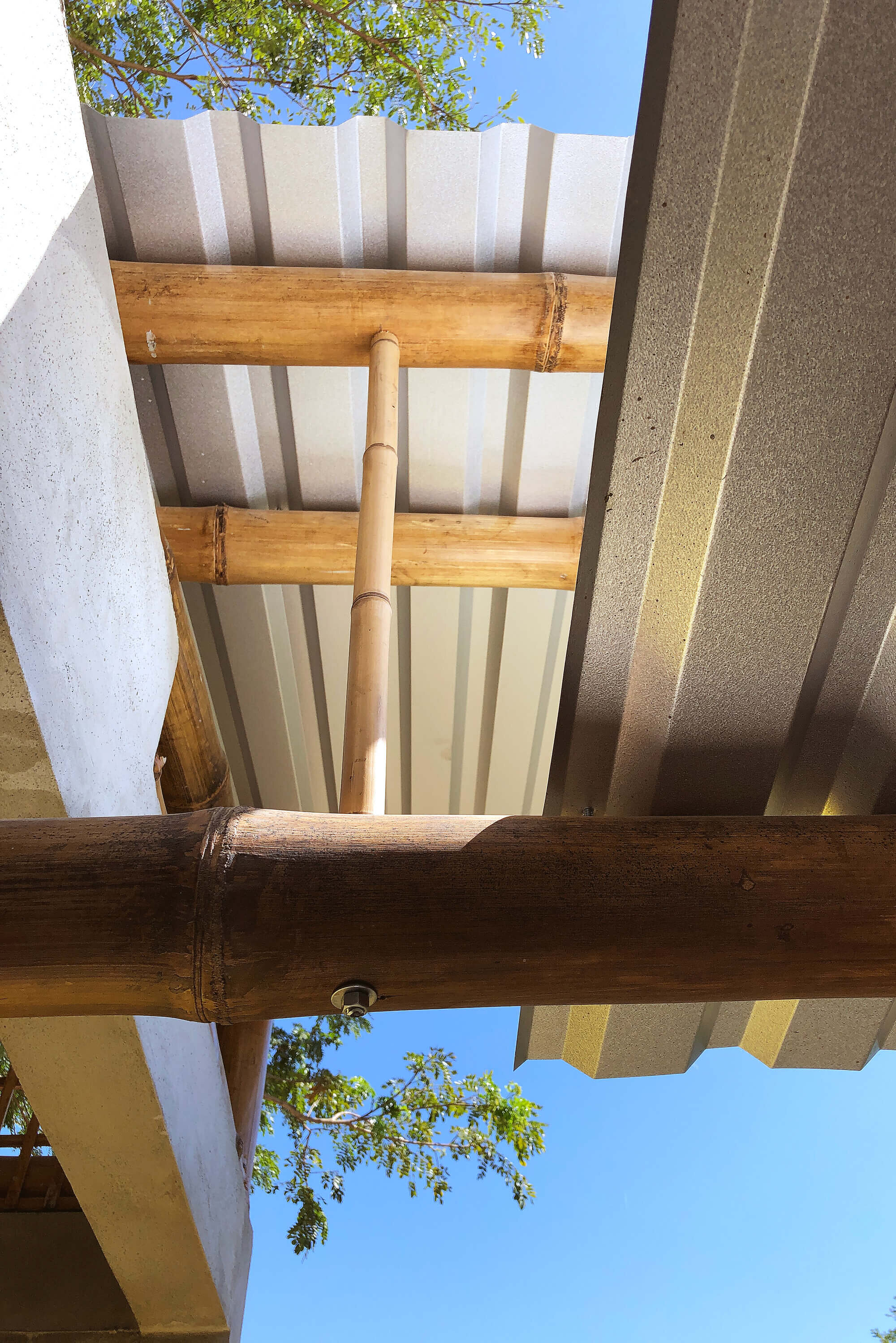 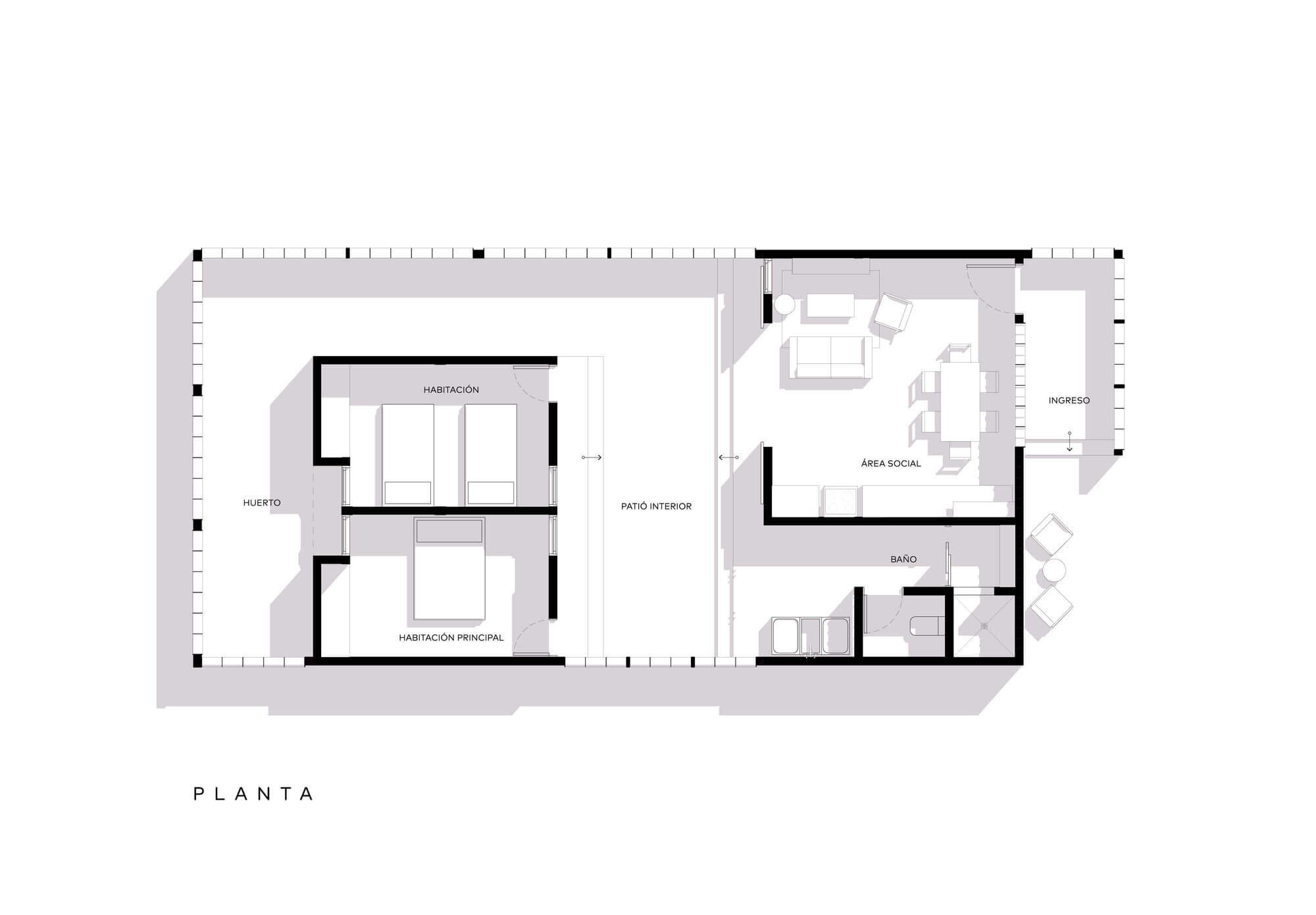 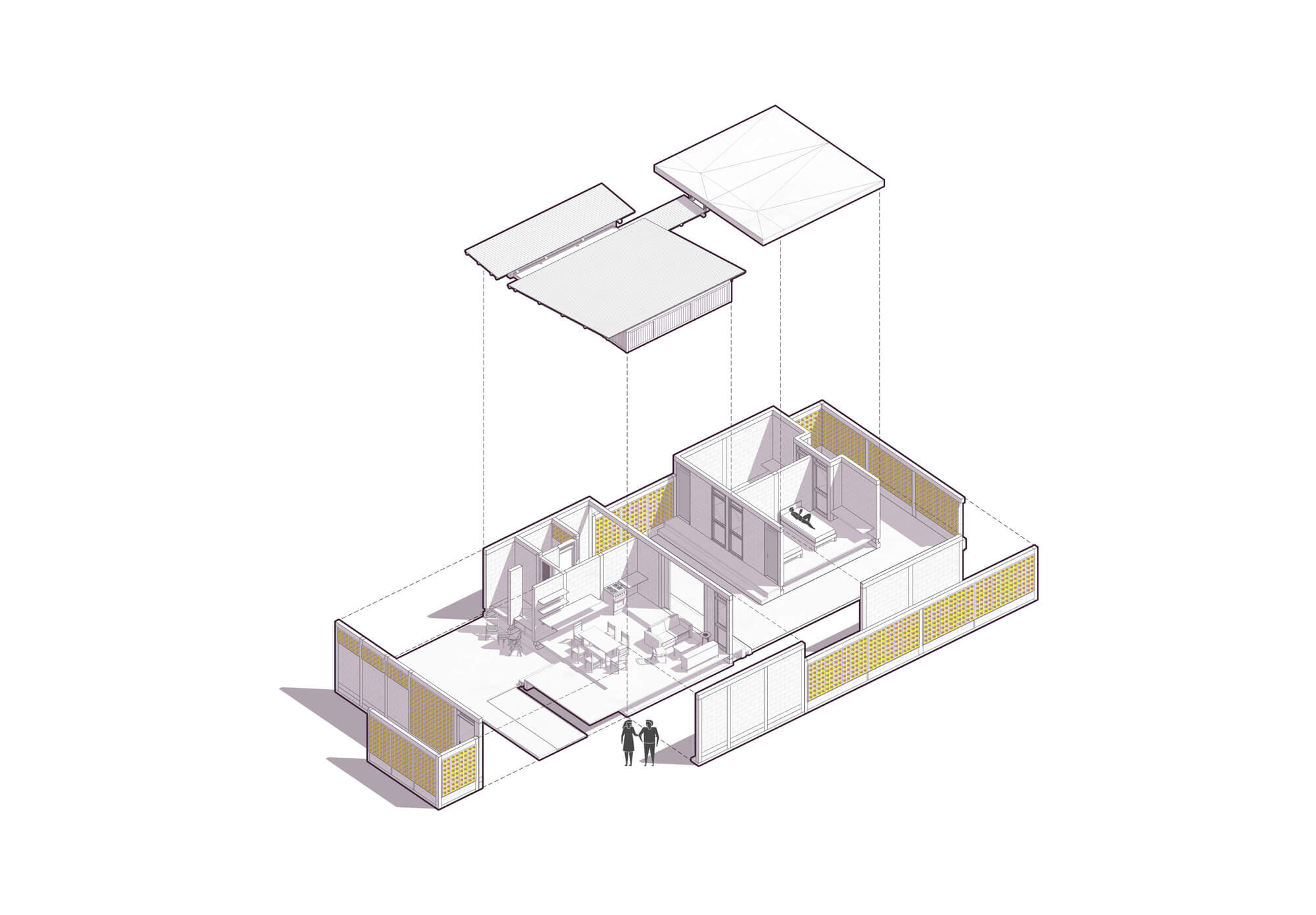 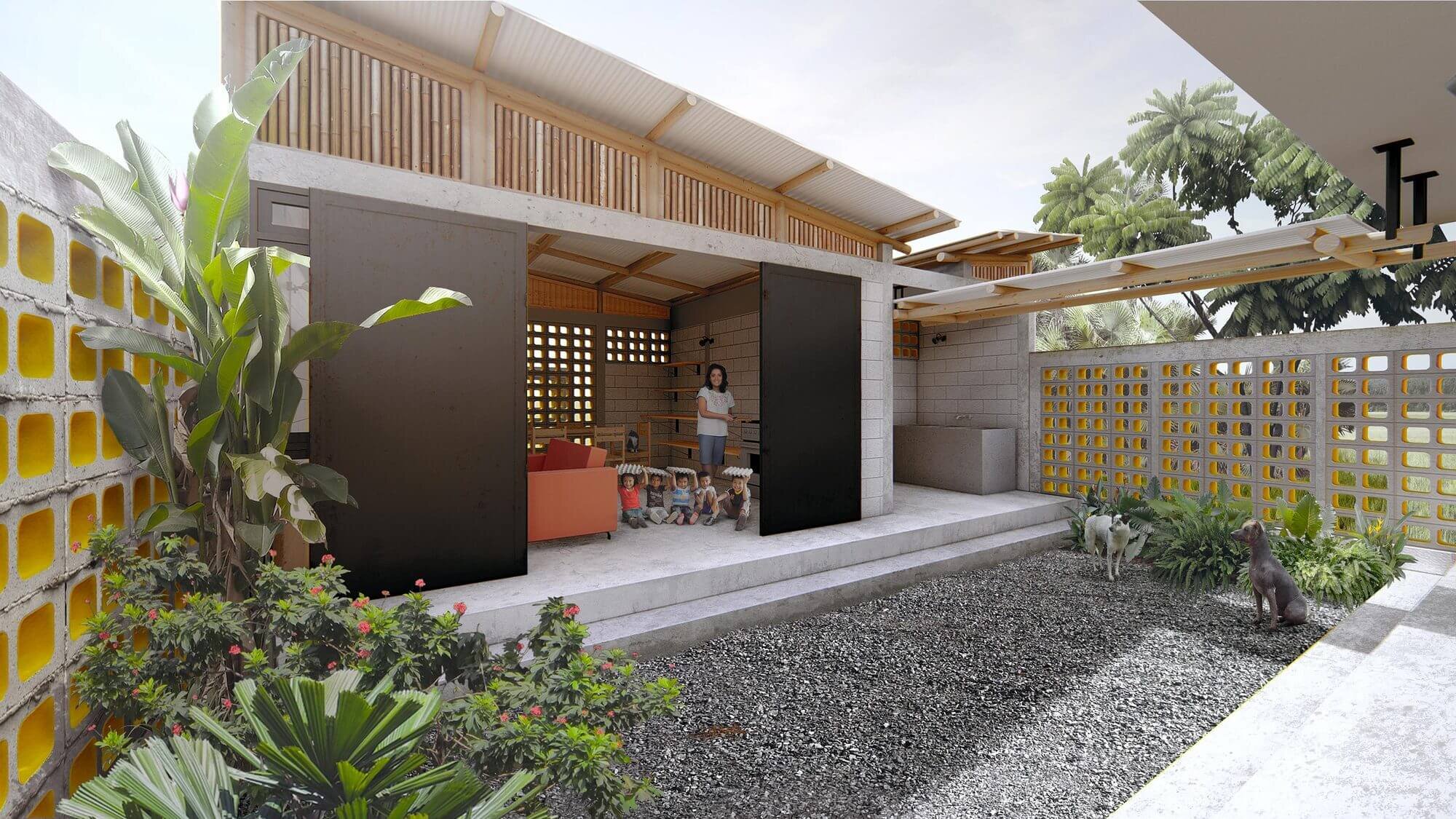 This simple home has been designed by the architecture firm, DEOC Arquitectos. The property is a prototype build that explores alternative low-cost social housing, and quick-turnaround construction.

The project, which was completed in 2018, has been titled Plan B and can be found in the region of El Paredón Buena Vista, in Guatemala.

Plan B encompasses an area of 925.70-square-feet (86-square-meters). It was brought about as a response to the disaster caused by the eruption of Volcano de Fuego in June of 2018.

After the eruption, the ASISPRODE Association commissioned the construction of 26 homes in order to house those affected. Proposals were submitted in a competition, which DEOC Arquitectos subsequently won with their Plan B design.

Each house is intended to be set on a plot measuring 26 by 62 feet (8 by 19 meters). The structure itself is divided into two parts: a communal area composed of a living room, dining area and kitchen, and the more private sleeping areas.

The construction makes use of long-lasting building materials easy to find and work with, like concrete blocks, bamboo and steel plate roofing. – DEOC

The two blocks of the home are separated by an internal courtyard. According to the architects, the reason for separating the two areas was to “allow the house to adapt to the different needs of the area and site.”

The modular layout of the design allows owners to add extra bedroom blocks as needed, or they can choose to build upwards. It was the simplicity of the design and flexibility of its layout that lead to DEOC being awarded the project.

The house promotes a rural lifestyle, in touch with the outdoors, where the families can share spaces with the rest of the community, extended family and domestic animals. – DEOC