BIO-architects have been responsible for a number of prefab buildings throughout Russia. Their most recent project saw them turning their focus land-based dwellings to floating homes.

The project, dubbed DD16, saw the design and construction of a tiny modular house that’s meant to be installed in remote places with extreme weather conditions. 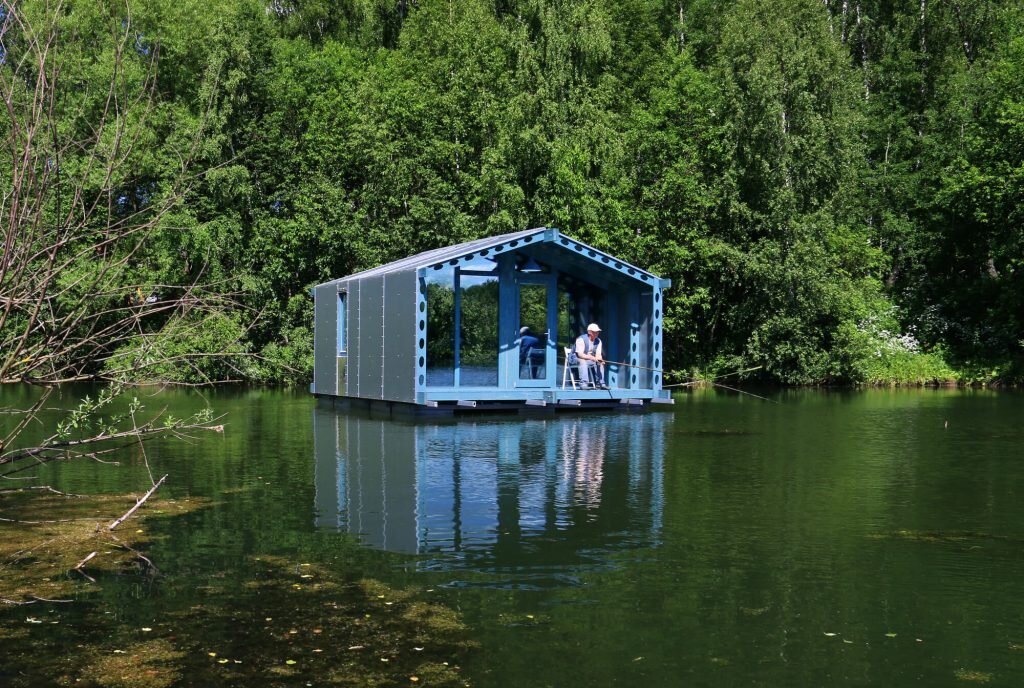 Completed in 2016, DD16 is built from two separate modules that were built in a factory and assembled on site. The unit occupies just 172.22-square-feet (16-square-meters). The model shown was built to test the design of the tiny dwelling. It was installed on a series of pontoons that fit snugly into the frame. 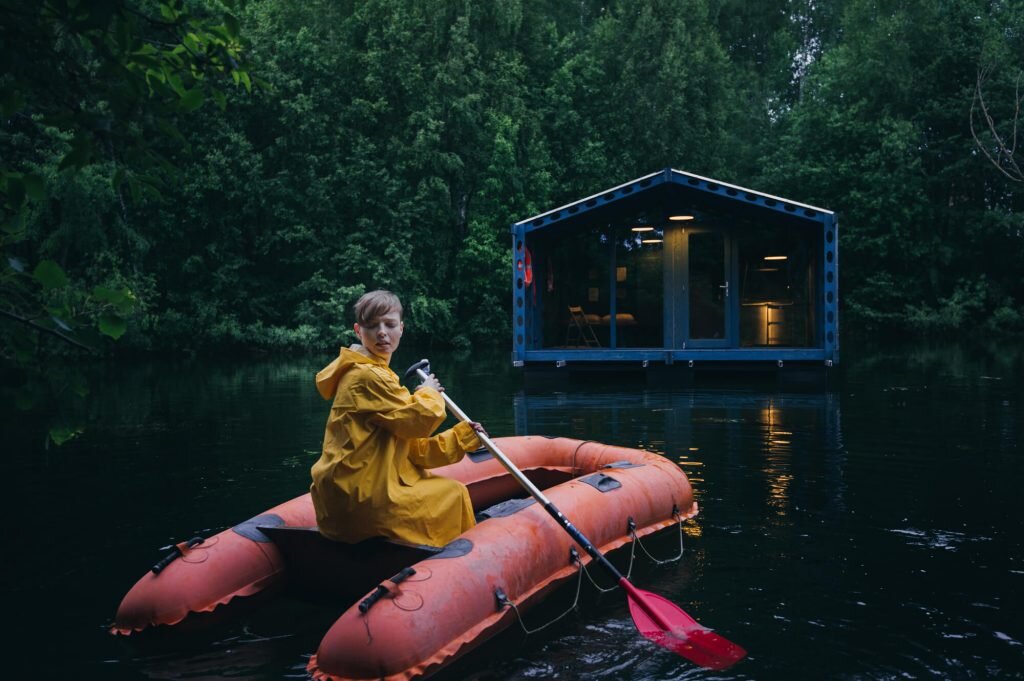 The prototype was initially concerned with the housing of tourist equipment, which could lead it to be deployed in the harshest of terrains. However, the little structure lends itself to being more than a storage shed. BIO-Architects subsequently expanded upon the original DD16, transforming it into a tiny house. 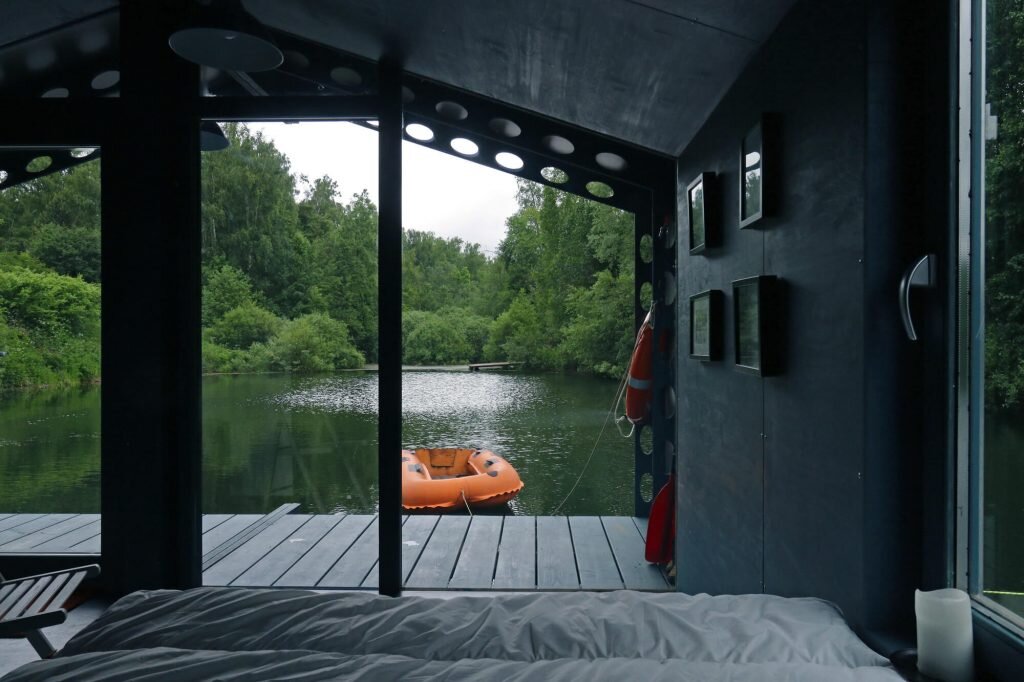 The structure is made from a series of laminated wood frames. The sections of the frame feature cut-outs, creating a cellular beams and columns. These cut-outs have a minimal impact on the strength of the members, but can drastically reduce the overall weight of the frame. Cellular beams are common in large projects, but it’s quite rare to see them being put to use on projects of this scale. 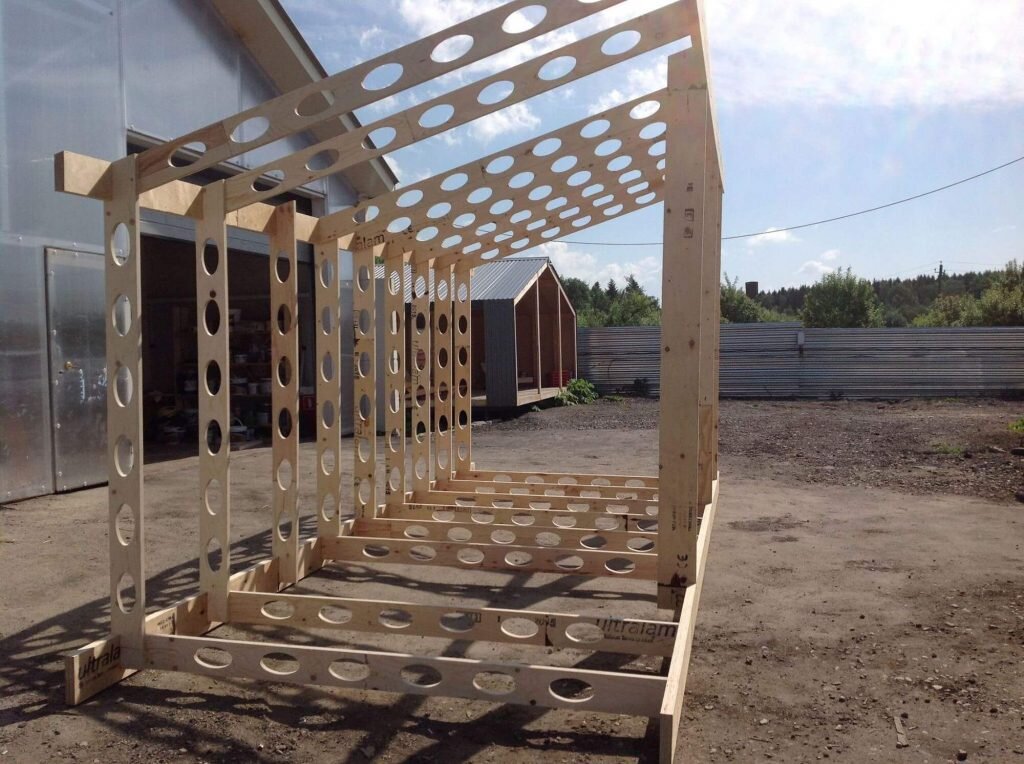 To keep this lightweight frame rigid and to help it resist lateral loads, polyurethane foam was used. The foam helps bind the structure, while also thoroughly insulating it. The exterior was then clad with composite aluminium sheeting – another lightweight but durable material. They favored the aluminium sheeting for the interior too, where it’s used for the kitchen. 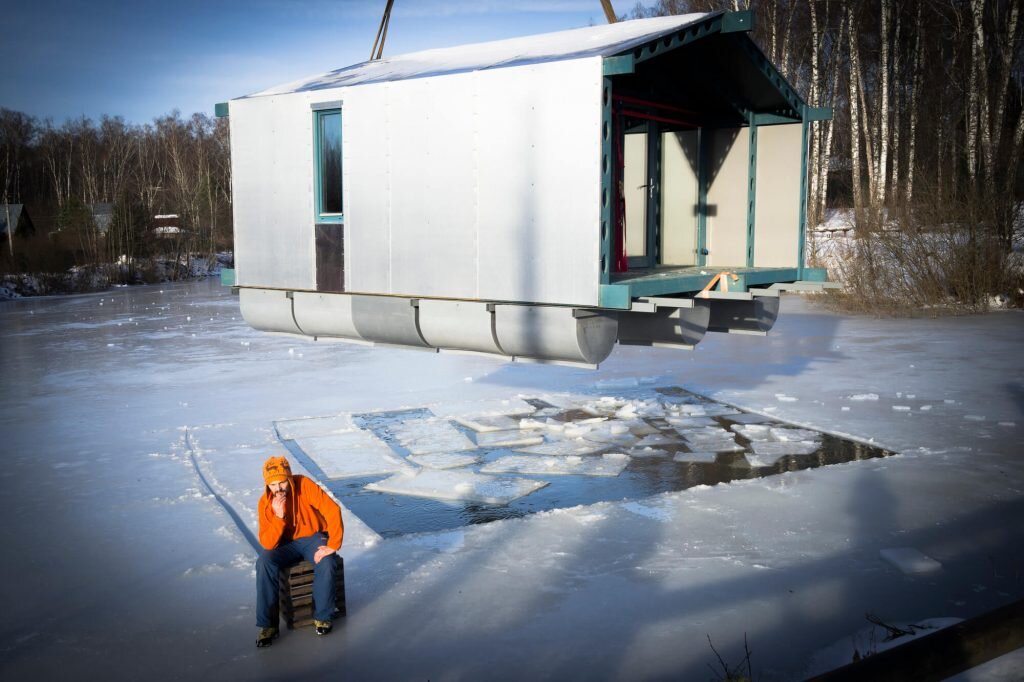 The floor plan of DD16 reveals a very compact but well thought out layout. The bathroom and bedroom are placed to the end of the home, away from the large windows to the front. The living room, dining area and kitchen are to the front, allowing them to take advantage of the lakeside views. There’s also a patio which takes up a significant portion of the floor plan. 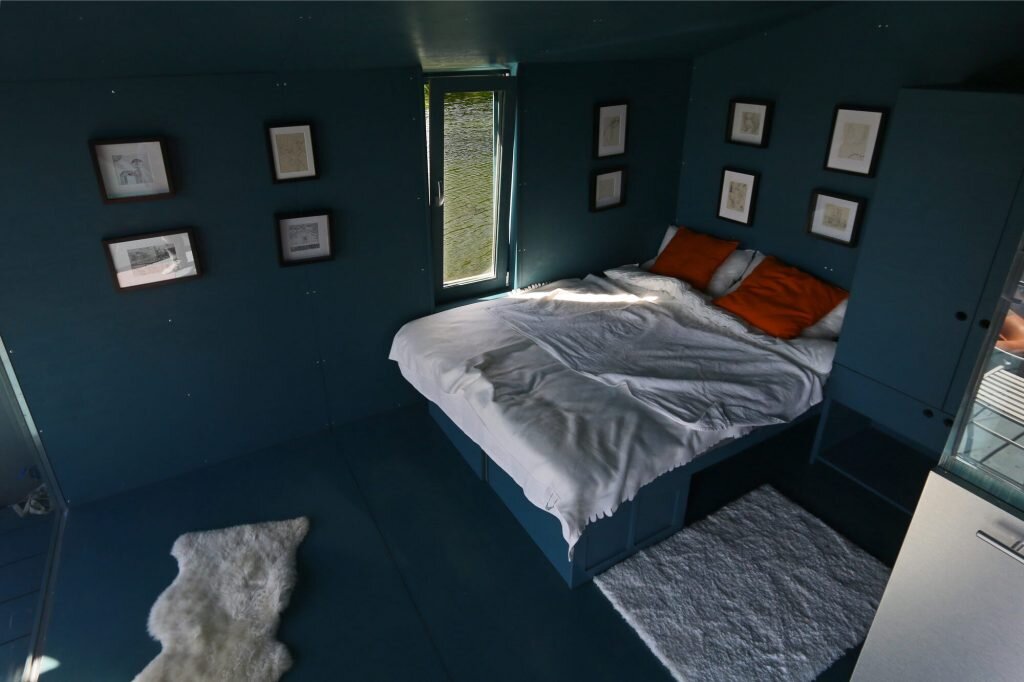 For more tiny houses, check out Slate Cabin, a tiny writer’s retreat set among the hills of Snowdonia in Wales. Or, Paxadinho, an affordable rooftop guest house by VAGA. See all tiny houses. 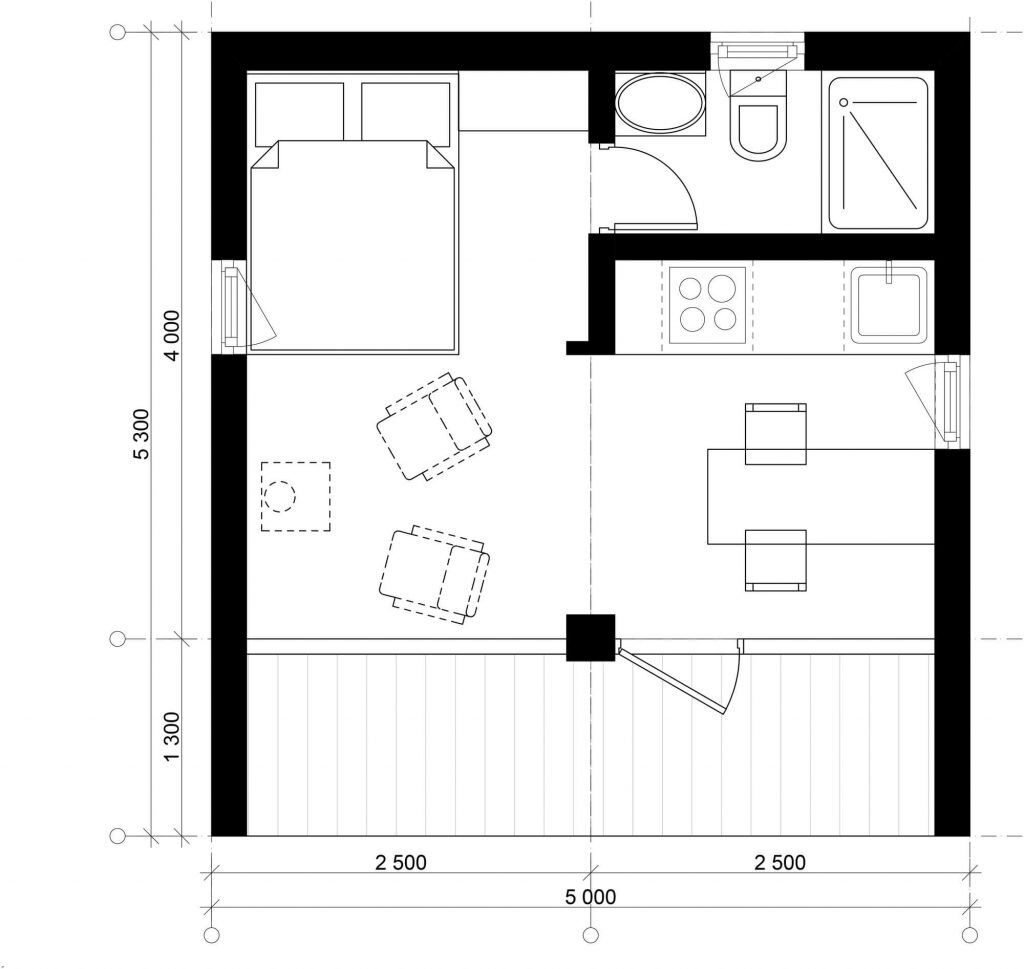