This rather funky looking multi-storey house is called The Coxwell House. It has been designed by Rohan Walter of Spaces of Rohan. If the name sounds familiar, it might be because I’ve featured some of his work before (check out his own small house built on a narrow Toronto parking space). Like his other works, The Coxwell House is based in Toronto, Ontario. 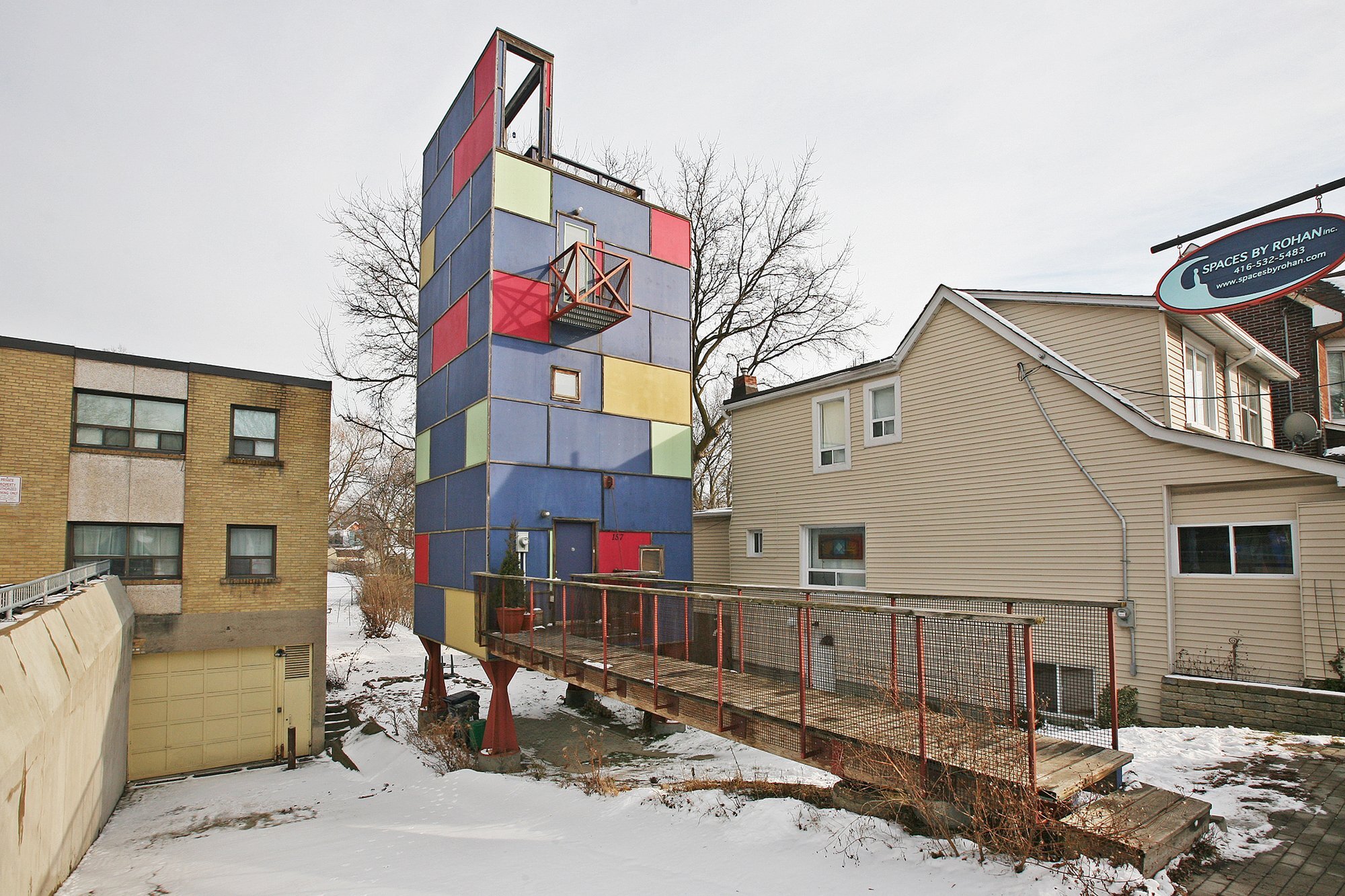 Coxwell House contains approximately 800 square feet of usable living space, and like Walter’s own Toronto home, is built on a long narrow lot. According to Walter, the local area is surrounded with beautiful trees and a historically soft soil as the site was a former creek bed. The challenging ground conditions made the site unworkable with traditional building techniques that had scared off several other developers. 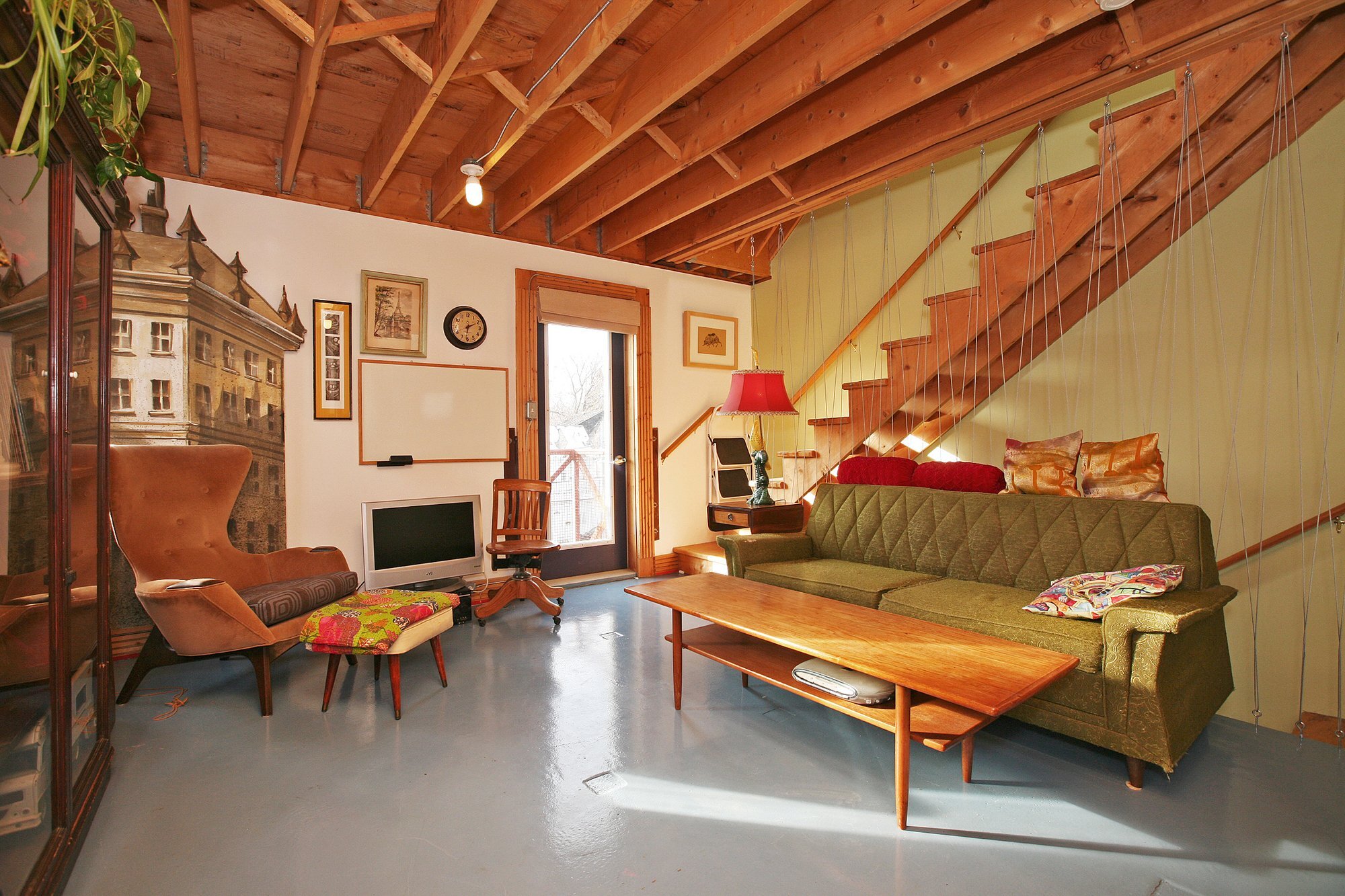 As ArchDaily puts it: “Rohan’s goal is to evolve habitations on land ultimately classified as throw-away.” It’s becoming increasingly common in overcrowded cities for people to use sites that would have previously been thought of as unsuitable for a home. As a bonus you usually end up with something unique and, because of the smaller plots and overall size of the house, something which is more affordable. 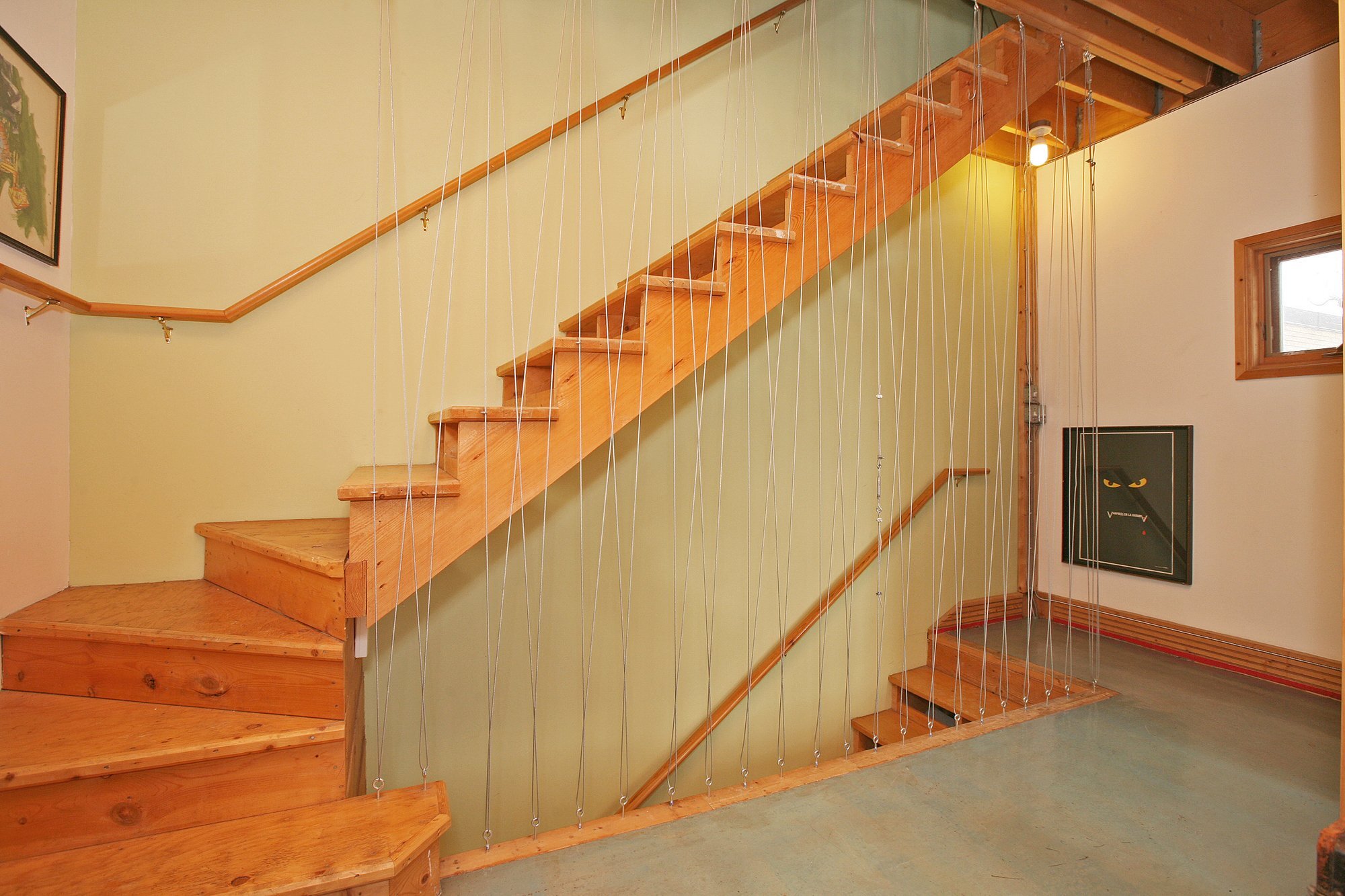 The Coxwell House is a three storey, 40 foot tall development. Enclosed within it’s 800 square feet of living space are two bedrooms, a living and dining area, kitchen, bathroom and a small balcony. The building has a footprint of just 16-by-16 foot, and is supported by four steel/concrete pier foundations. The house itself can be accessed by a 32 foot long bridge. 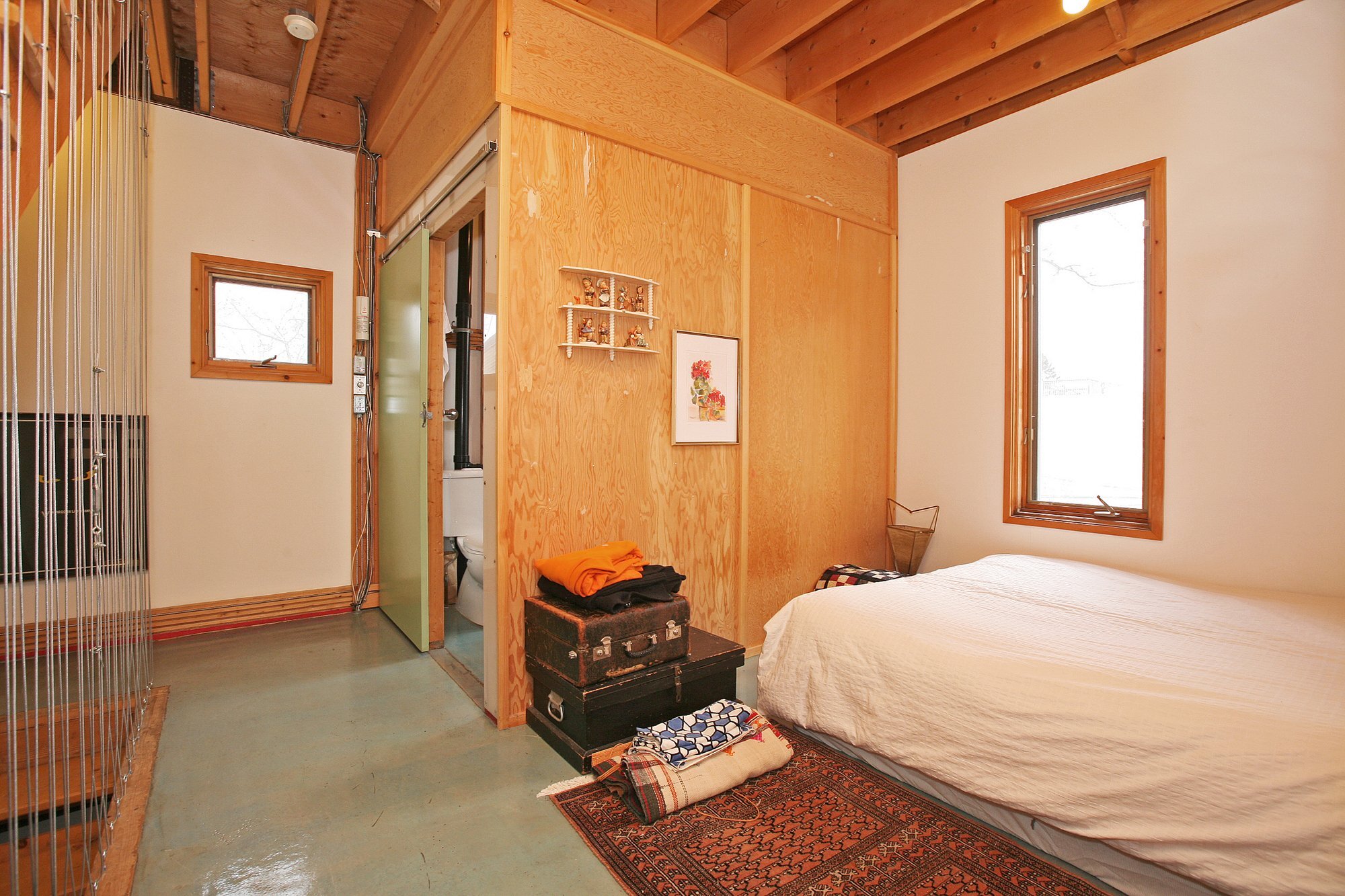 Walter has designed several passive heating and cooling techniques into the building in an attempt to minimise the utility expenses. In winter the under-floor heating provides a slow release of heat thanks to a concrete mass floor. In the summer the house makes use of the stack effect, drawing air in through the lower floors and exhausting the warmer air at the top.

For more small houses check out this house in South Korea designed by Studio_GAON for family reunions. Or this contemporary house in Mato Grosso do Sul, Brazil by Alex Nogueira, called the 12.20 House. See all small houses.

The Freya and Robin Pavilion by Studio Weave

The Driveway House in Downtown Toronto by Rohan Walters

Small House with an Industrial Interior