It’s been built for the owner who has spent many years living in Copenhagen. As such, it’s easy to find Scandinavian influences throughout the interior. 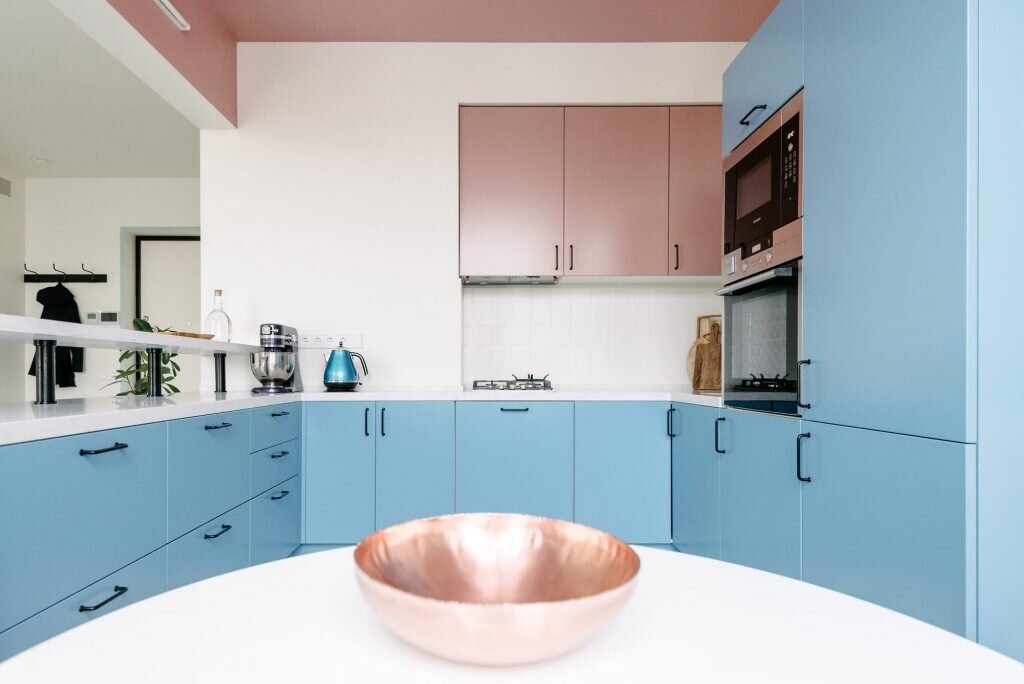 The property has a footprint of 614-square-feet (57-square-meters) and the renovation works were completed in 2018. Given the owners preference for a minimalist finish and Scandi influences, the project has been suitably titled “Copenhagen Spirit”. 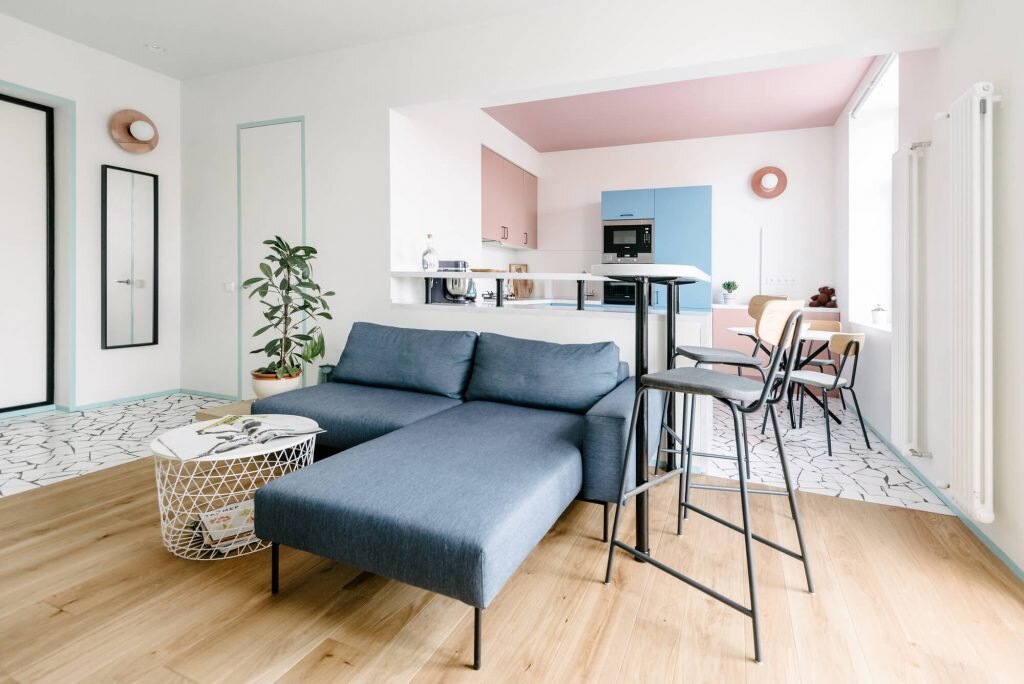 The property dates back to 1957. Due to the presence of load bearing walls, and a steel beam, there wasn’t much opportunity for the architect to revise the layout. Instead they focused on the interior design of the space, while also opening up the living room and kitchen to one another. 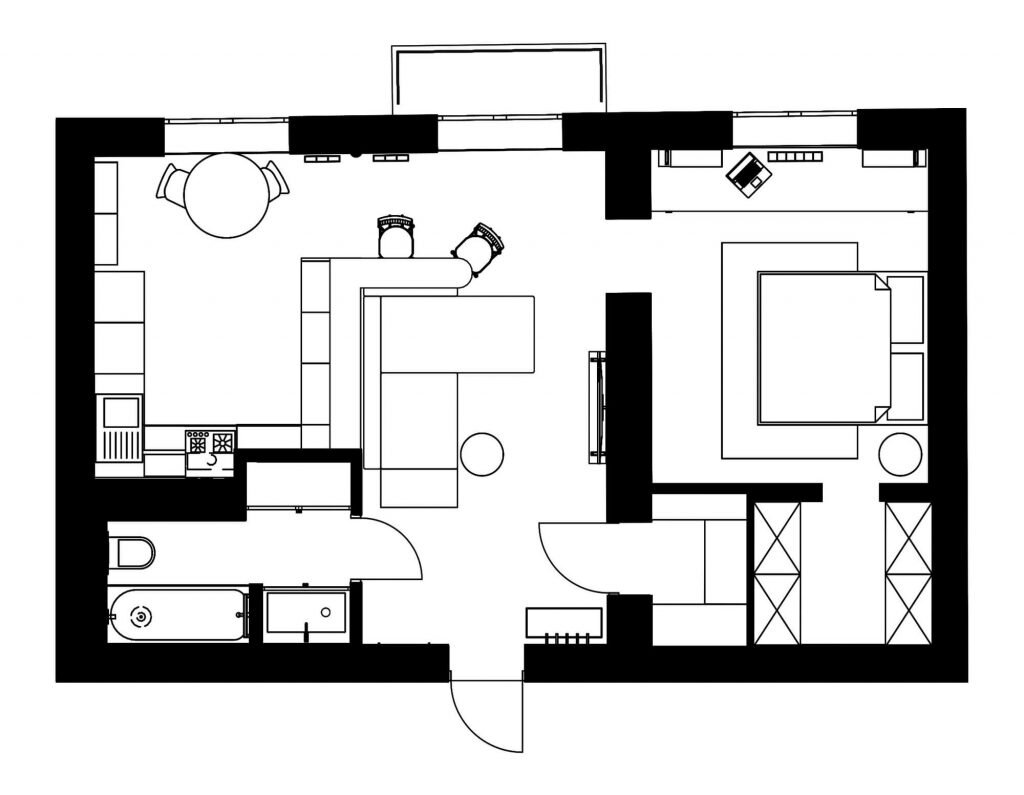 From the architects: “The owner likes the simplicity of Scandinavian interiors, but at the same time he lacked color, so the facades of kitchen cabinets became blue and pink.” Large light fixtures were avoid in the ceiling so as not to “disturb his smooth and level surface”. 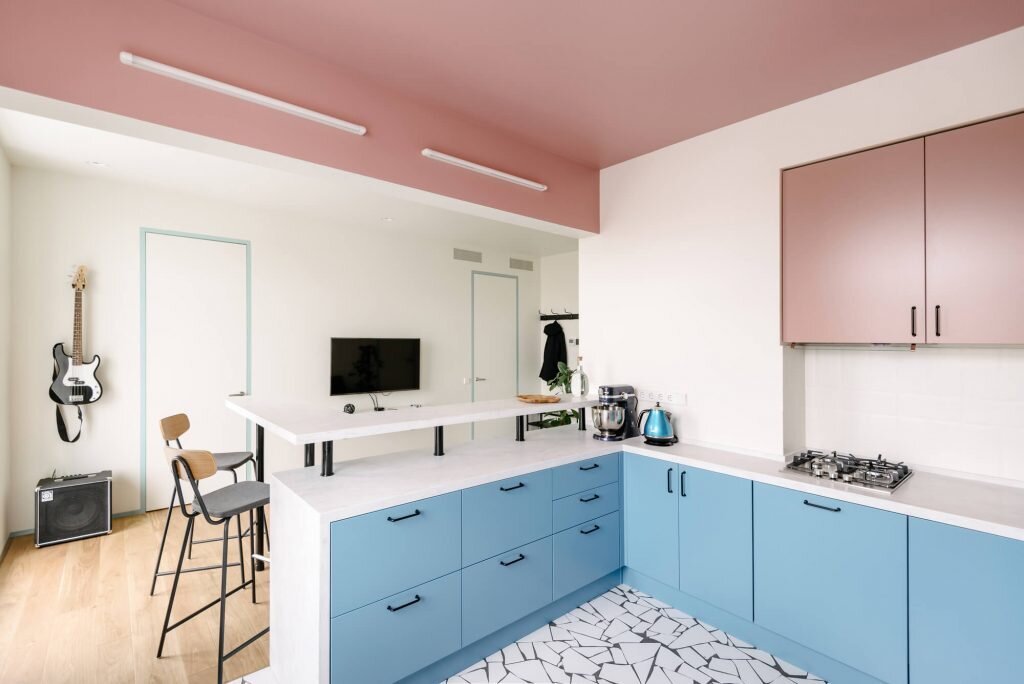 With limited space to work with, the radiators were removed and replaced with vertical ones. This helped make space for a dining table and chairs in the kitchen. Other items, which could take up space or ruin the visual aesthetic, were hidden: “In order not to spoil the picture, we hid the air conditioners.” 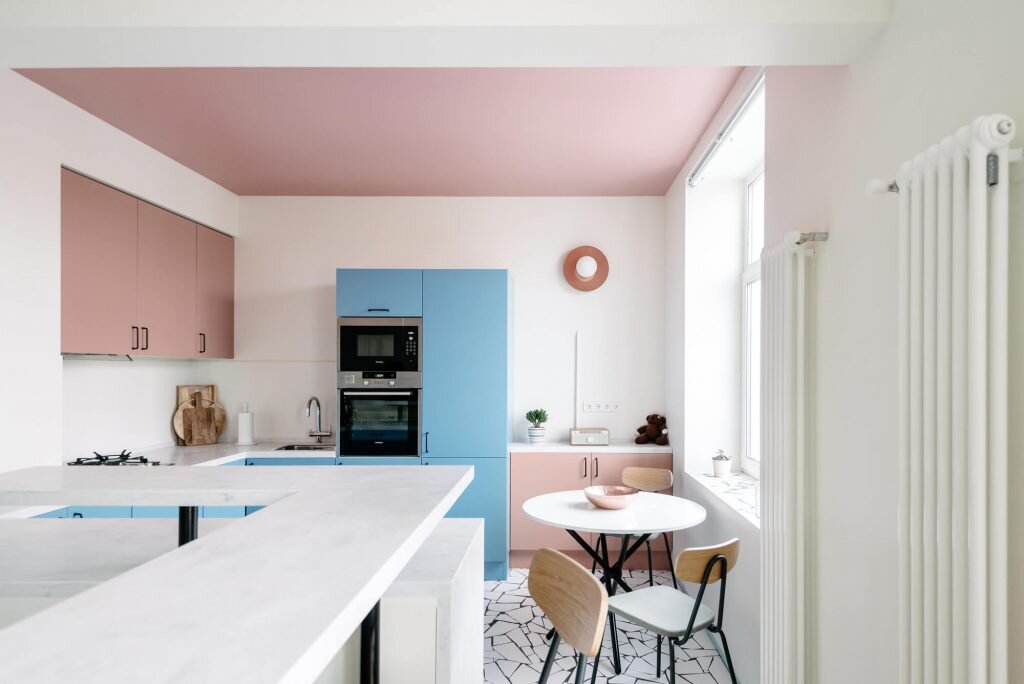 The unit has a simple layout and is largely split in half between the public and private living spaces. The entrance takes you into the living room and leads round to the kitchen. The right-hand-side of the apartment is concerned with the master bedroom, a walk-in closet, and a small office. The bathroom can be found flanking the left-hand-side of the entrance. 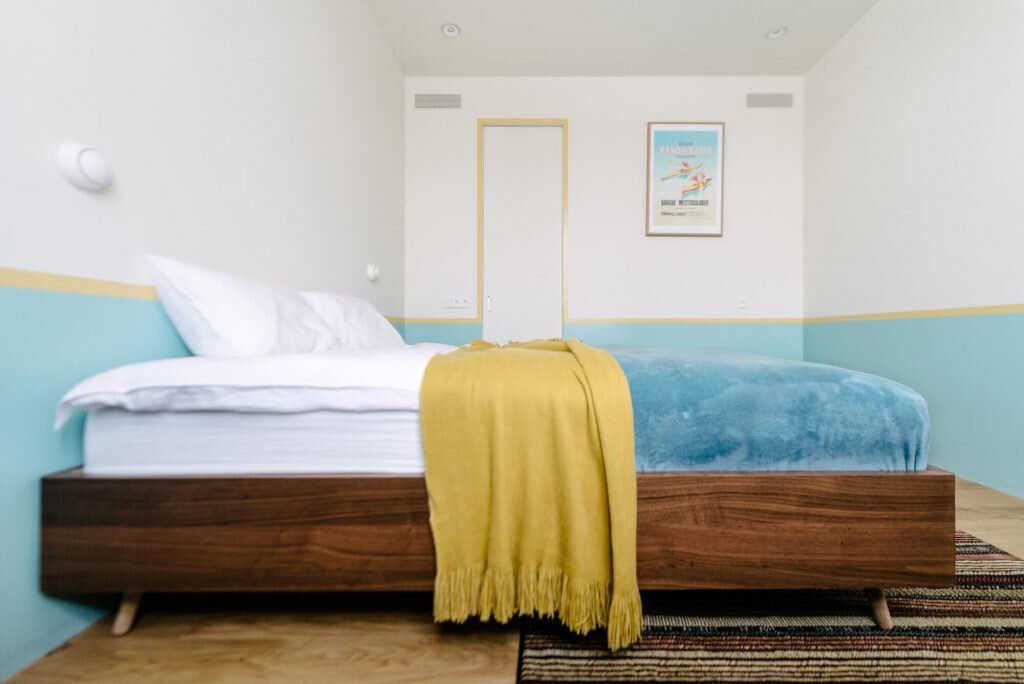 For more apartments check out Fast and Furious Office’s transformation of these three apartments with glass partition walls. Or, this studio apartment that takes cues from the design of boats. See all apartments.