Located in the historic city of Barcelona, this traditional apartment has been given a modern update. The project, which has been dubbed Conxita House, was overseen by the architecture firm ESCOLANO + STEEGMAN.

The renovations were completed in 2017 and focused on creating a more fluid internal layout through the use of sliding partitions. 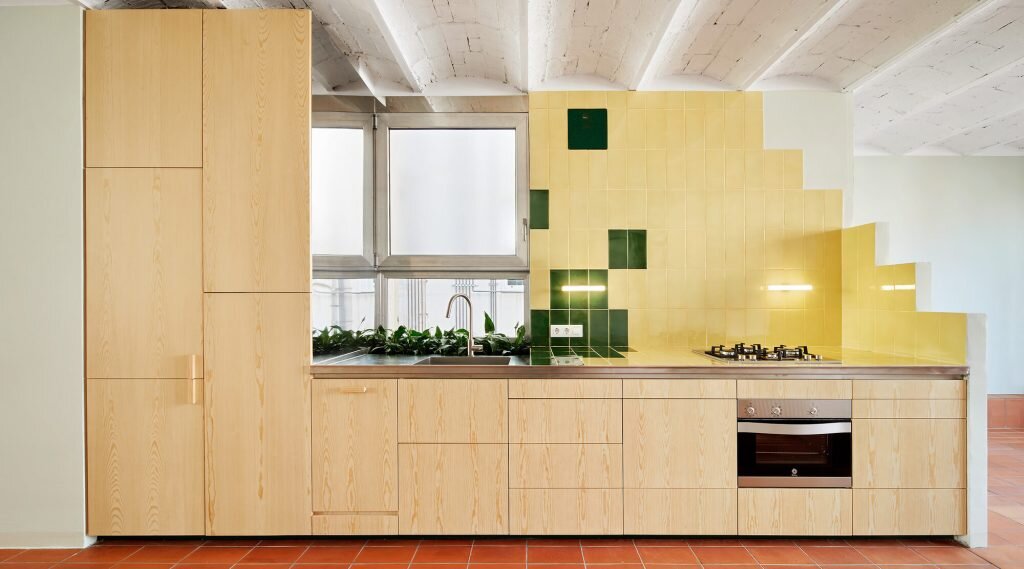 The apartment is on the large side with 904.17-square-feet (84-square-meters) to take advantage of. According to the architects, the essence of the project, as conceived by the client, required “a house turned towards the exterior”. 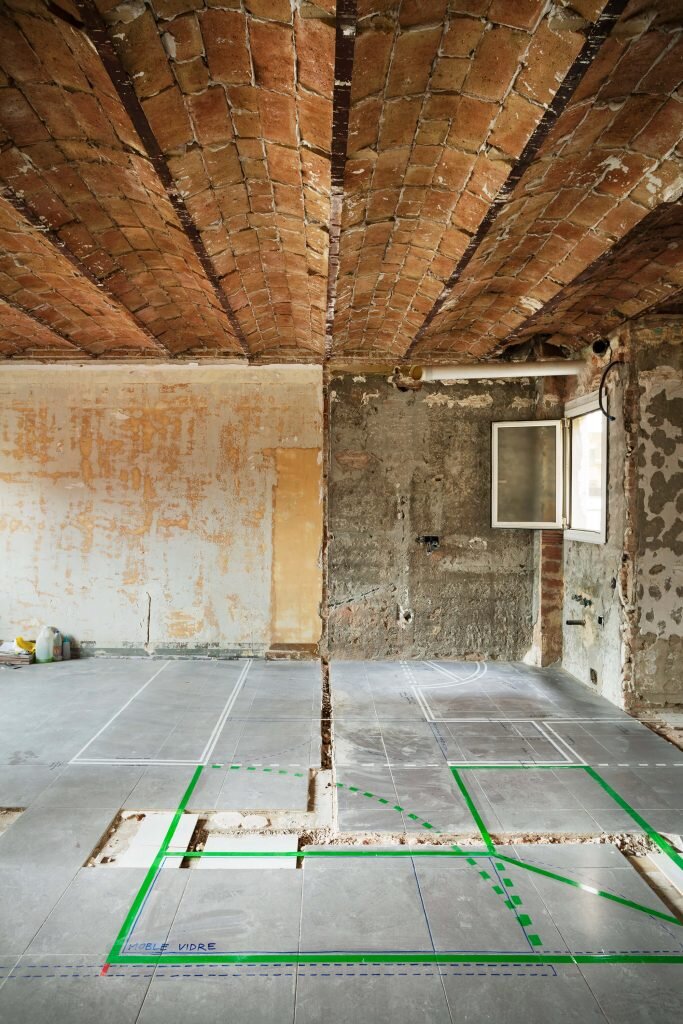 However, with the apartments limited window openings, an unusual approach was needed: “The operation, however, is not so much to open the views to the terrace as in providing the interior with attributes of the exterior, resonances of the landscape of the roofs of the city, often invaded by clothes hanging in the sun.” 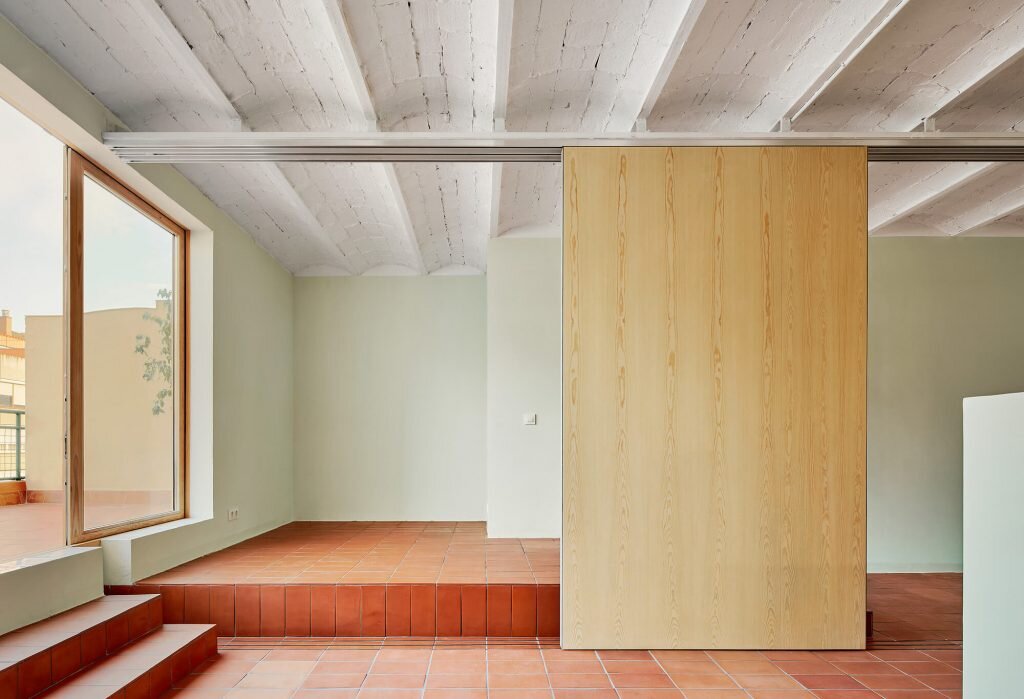 The property is split down the middle by a series of large partitions. The partitions are fastened to a track system that’s embedded in the floor and hung from the ceiling. The partitions allow the owner to quickly and easily change the division of space, and making rooms smaller or larger in the process. 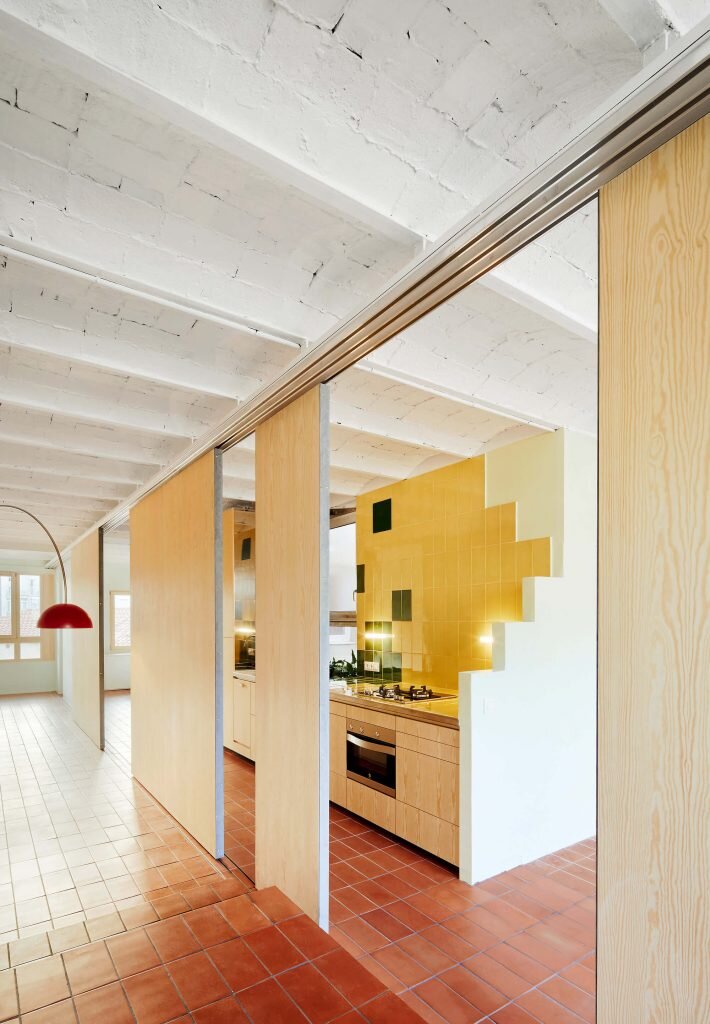 From the architects: “the program is articulated through two ‘segregable’ rooms located on opposite sides of the house and, beyond the idea of ​​’living room’, a chain of common spaces of similar magnitude that extends from the facade of the street to the inner courtyard…” 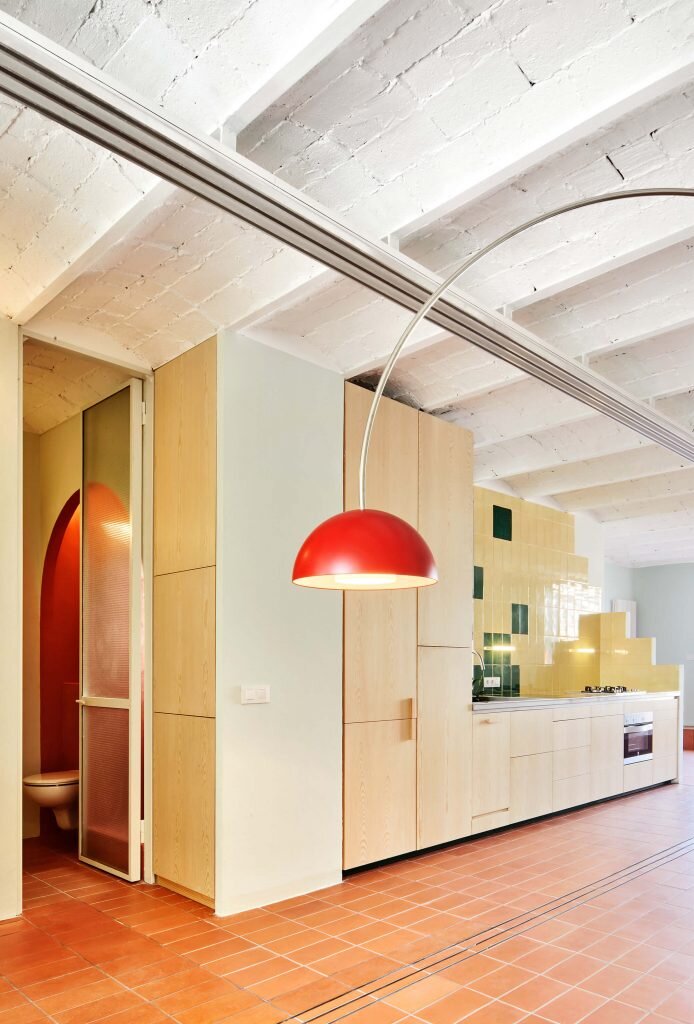 “… the sliding surface filter works as a dynamic device that introduces complexity into the plant, allowing the construction of various forms of spatial arrangement. The house is organized, from a theatrical point of view, through the dialectics of different degrees of transversal relationship between possible domestic scenes, subject to different degrees of privacy or mutual exclusion.” 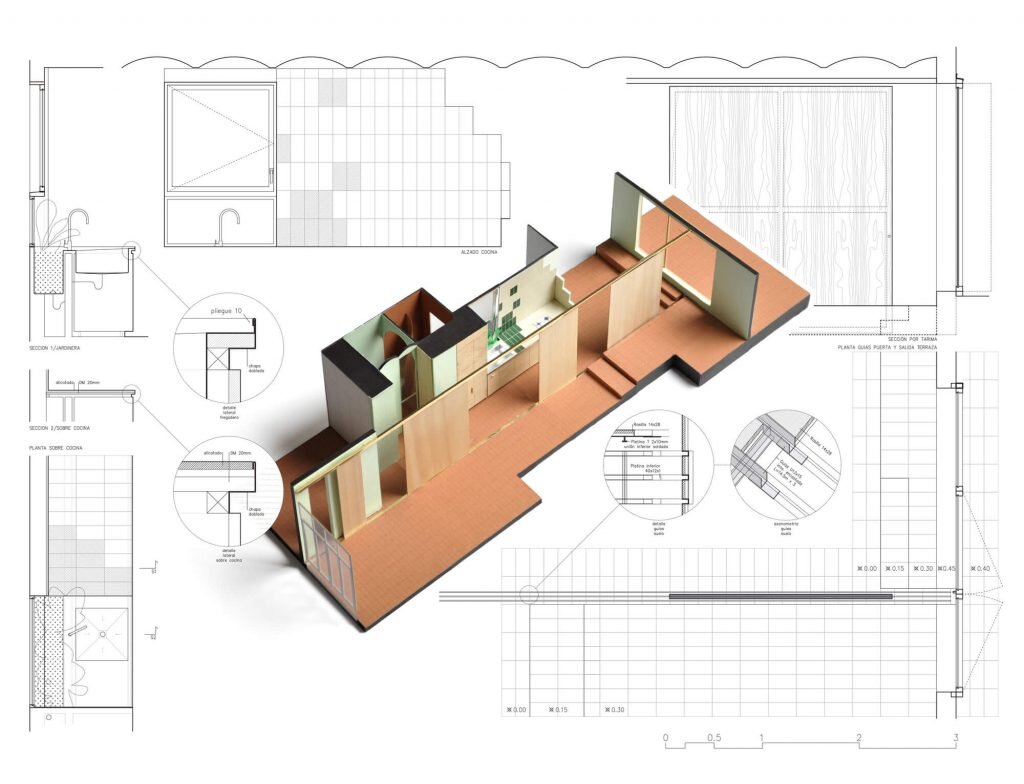 For more apartments, check out this futuristic interior by Slim Plex for a family of four. Or, this pared down property for a minimalist client by Arriba. See all apartments.