This house in Ecuador has been built almost entirely from bamboo. Set in a remote location in an Ecuadorian rainforest, the house is constructed from over 900 bamboo poles. Its designer, Enrique Mora Alvarado, recognised the importance of using locally available materials. 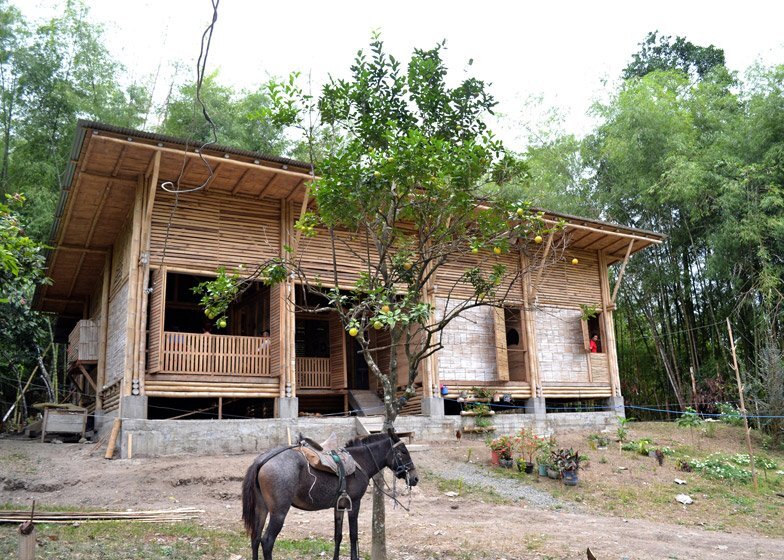 The house has been named Convento House, and is set on a plot surrounded by mountains and a bamboo forest. It also features a small creek – talk about idyllic. Alvarado decided to make use of bamboo in order to keep the build costs down, and also to remove the difficulties surrounding transportation of materials. 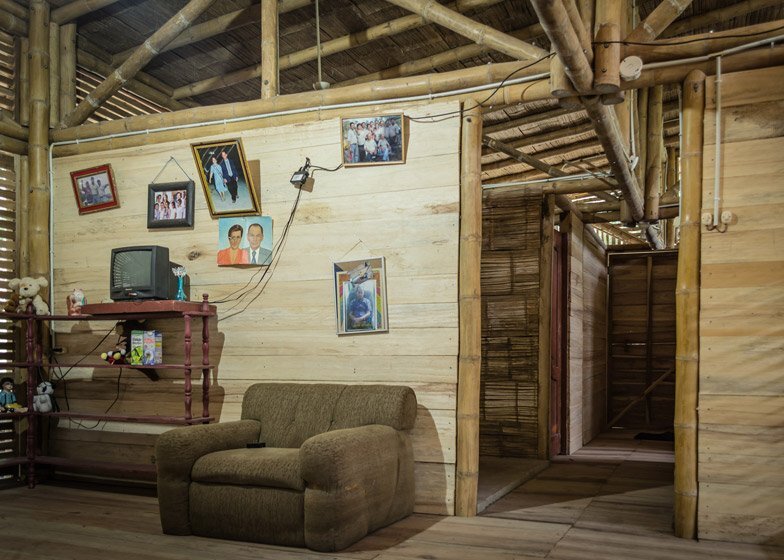 The simplicity of building with bamboo was key to the success of the project. Despite it being a commonly used material in the region, the locals weren’t familiar with some of the methods, and curing processes required to give the bamboo its strength. To address this, the family were taught various construction techniques.

Like the regions traditional buildings, Convento House is raised off of the ground in order to promote air circulation, and reduce the risk of flooding. Concrete foundation support the main bamboo columns into which the floors, walls, and roof, interlock. 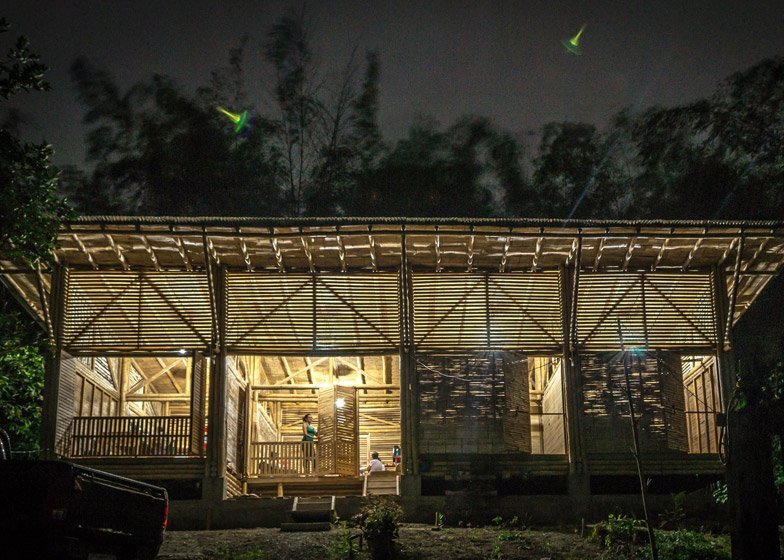 The roof is finished with steel sheeting, underlined with bamboo matting, and supported by trusses made of – you’ve guessed it – bamboo. On the inside, an open terrace helps to diving up the living room, dining area, and kitchen. It also contains a lounging area (complete with hammocks), three bedrooms, and another terrace. 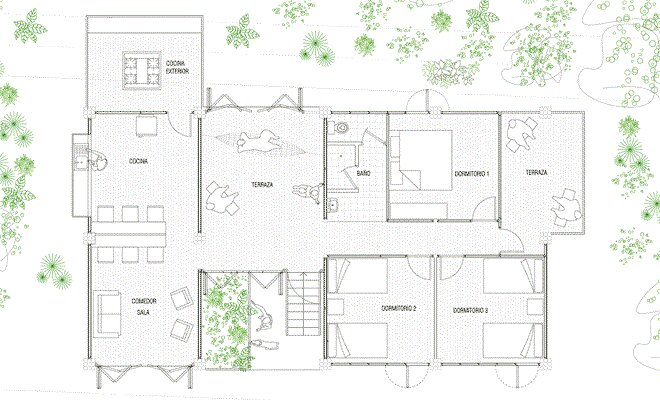 The kitchen juts out from the main building in order to prevent smoke from entering the other living spaces. The living spaces themselves can each be shuttered up, providing privacy when necessary. The total cost of the build came to just $15,000 (£9,500).

For more natural building projects check out this Vietnamese home, called the S House, that was built for $4,000. Or, this vegetable nursery that’s been constructed from bamboo and recycled plastic bottles. See all in natural building.

A Modern Small Farmstead in Alberta by Bioi