This small boutique hotel can be found in Treboutice in the Czech Republic. The hotel, which is composed of shipping containers, has been suitably dubbed ContainHotel.

Being made of containers, the hotel can be disassembled, transported to a new location, and rebuilt. The firm Artikul Architects were responsible for the overall delivery of the project. 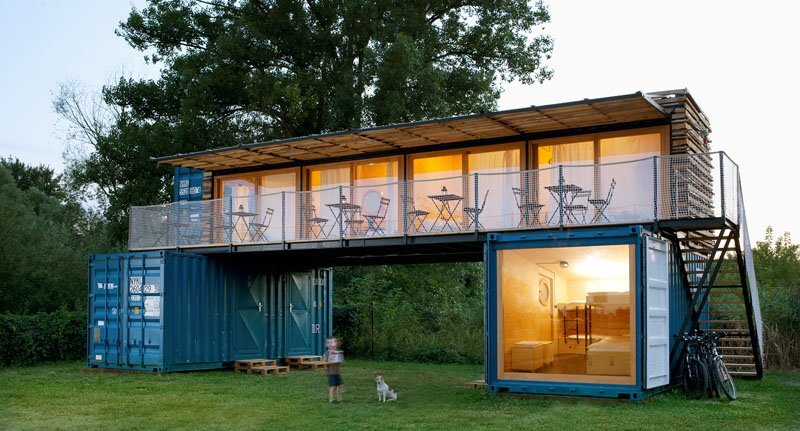 ContainHotel operates on a seasonal basis, and prior to its current location, it was set up on a surface campsite along the banks of the Elbe river. The structure is composed of three shipping containers: two smaller containers act as the base for the larger upper level one.

The hotel was completed in just four months, with five rooms capable of accommodating up to 13 guests. The upper level contains four rooms that can be accessed via a shared front terrace. Each of the rooms is fronted by a large floor-to-ceiling window. These provide plenty of light and outward views, while also preventing the small rooms from feeling claustrophobic. 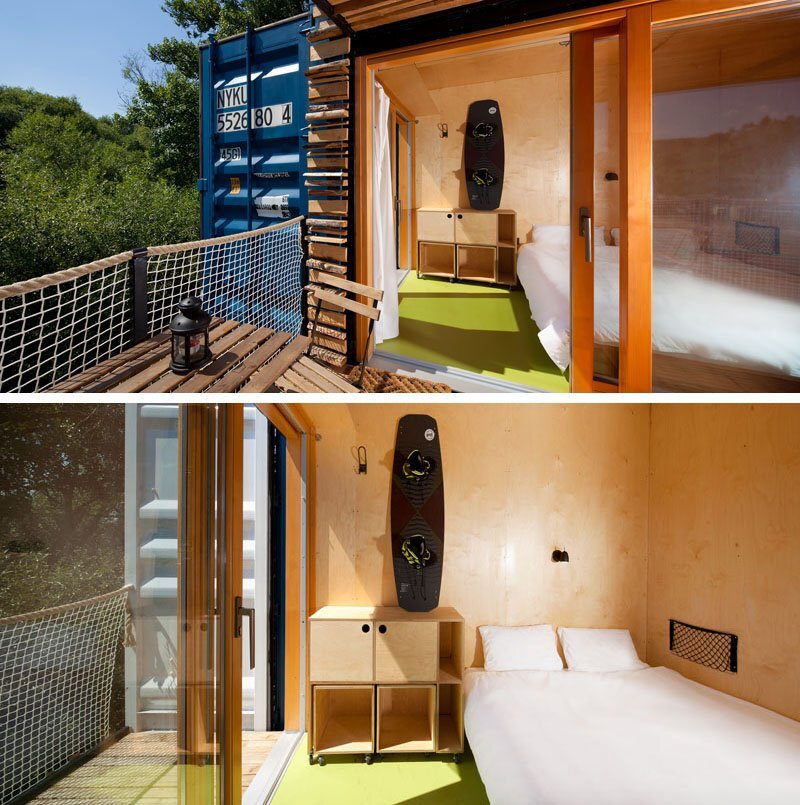 The lower level contains a four-bed guest room, as well as the bathroom facilities, a technical room and a storeroom. Because of the shared bathroom facilities, ContainHotel could be considered a hostel. On the inside, the walls and ceiling are lined with birch plywood, along with all of the custom built furniture.

The structure is set on railroad sleepers – a very light foundation compared to your typical building. It’s connected to the electrical grid, but has water storage tanks for the showers and sinks (which are all completed with water-saving taps).

During the warmer summer months, a wood clad awning is fastened to the front facade to help reduce the heat load on the rooms.

For more container projects check out this container conversion into a sales office by BAP Arquitectura. Or, Eco Village, a family home constructed from shipping containers. See all container posts.

A Micro Apartment from New York City by MKA