This series of small container-like homes have been designed by architecture studio, Cannatà & Fernandes. The units were developed as a type of modular dwelling that could serve several uses; temporary housing, an environmental observatory, an outpost, a bar, or a Kiosk.

The modules are prefabricated, and can be mounted with photovoltaic panels to provide for the electrical requirements of the occupants. Each unit measures just 3x3x9 meters and has a floor plan of 27 square meters (290 square feet). Its size allows it to be transported to the final location by semi-truck or helicopter. 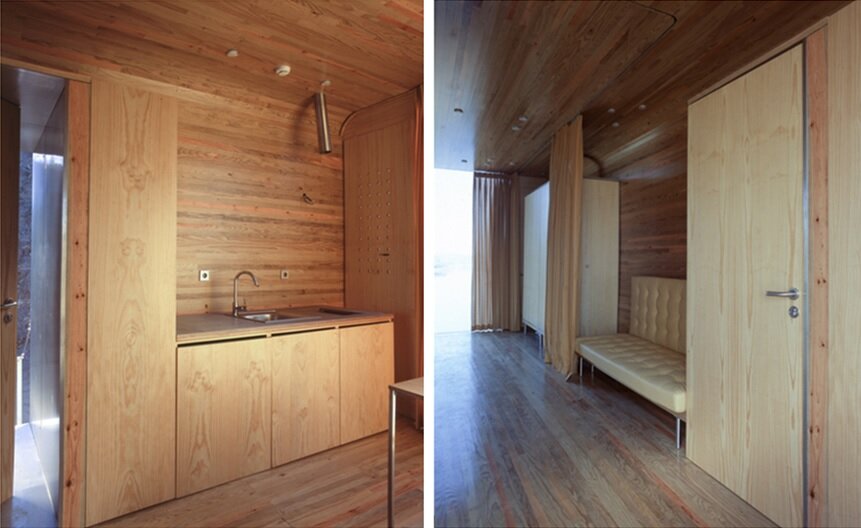 According to the architects they set out to “rethink the way space is occupied and encourage the use of new technologies and materials that might offer greater energy management.” The interior features 3 modules which house the mechanical functions of the home (bathroom, and kitchen areas). It also appears that the modules can be moved, as the floor plan varies slightly from the pictures. 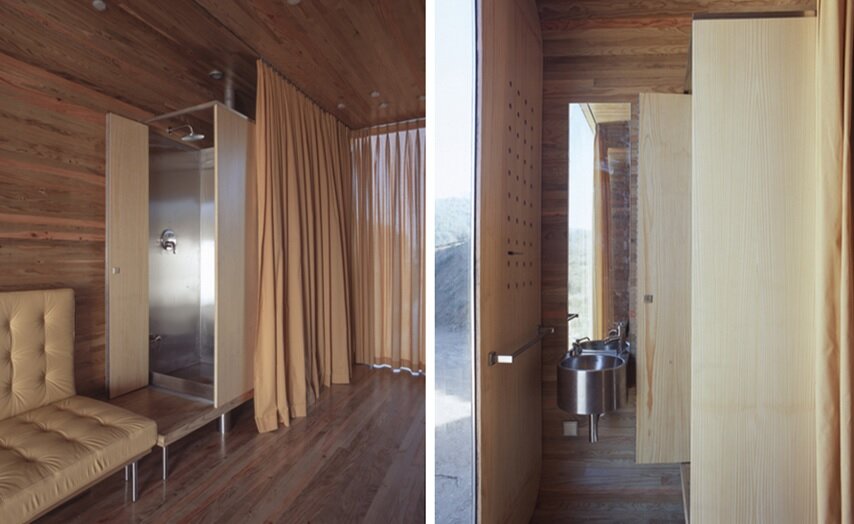 While not shown, there appears to be a fold-down bed module. The main window openings are at the front and back on the container, creating a mid-section that’s dependent on artificial lighting. The lack of natural light is offset by the light wood clad interior and beige color palette.

Overall, I’m not particularly keen on this project. I think there are elements which could have been developed further. The lack of windows and plain interior make it seem rather lifeless, which is unfortunate because there’s a lot of potential in the concept.

For more prefab houses check out this modern portable house by ÁBATON, or this budget tiny house that costs just $50,000. See all prefab houses.

Stardust - A Unique Rental in the Scottish Highlands