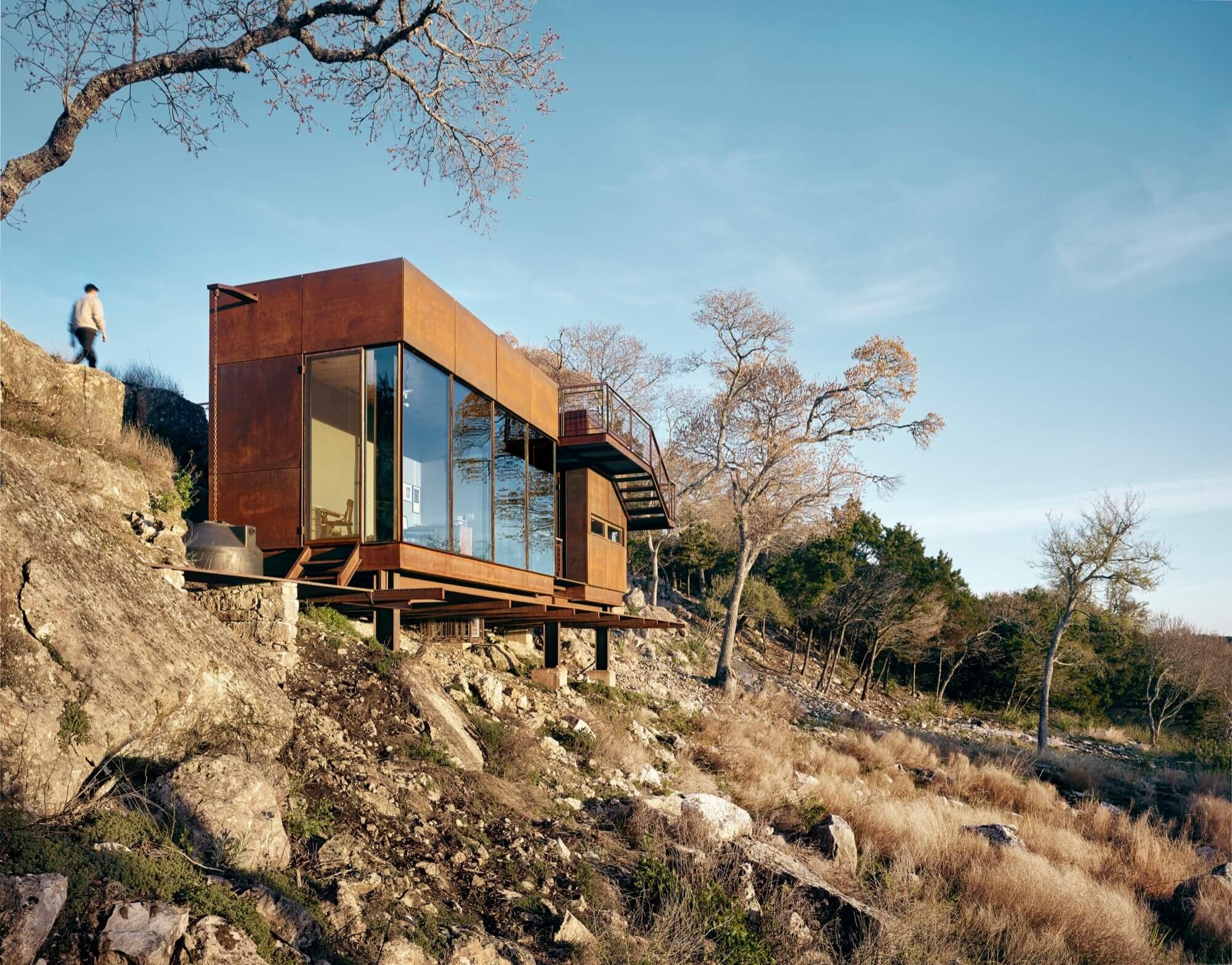 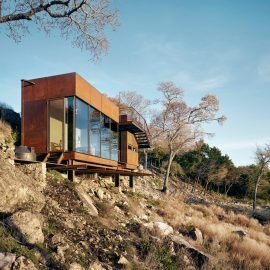 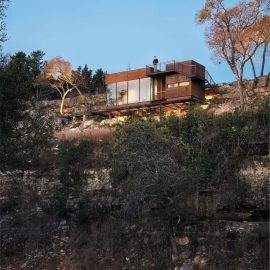 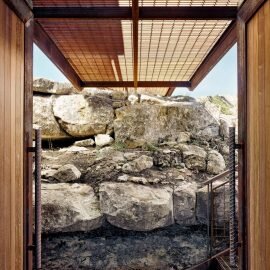 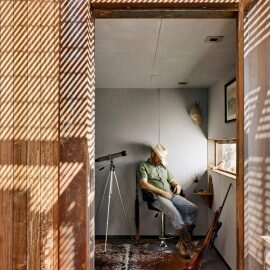 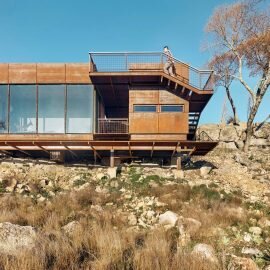 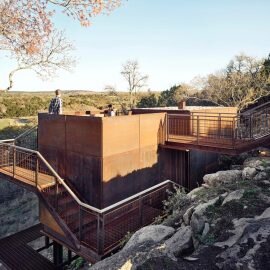 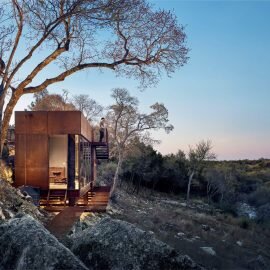 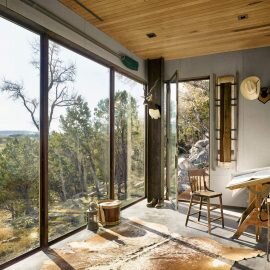 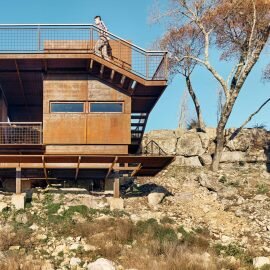 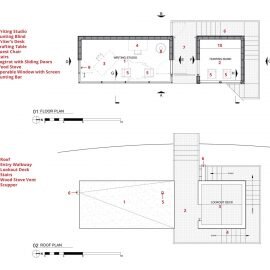 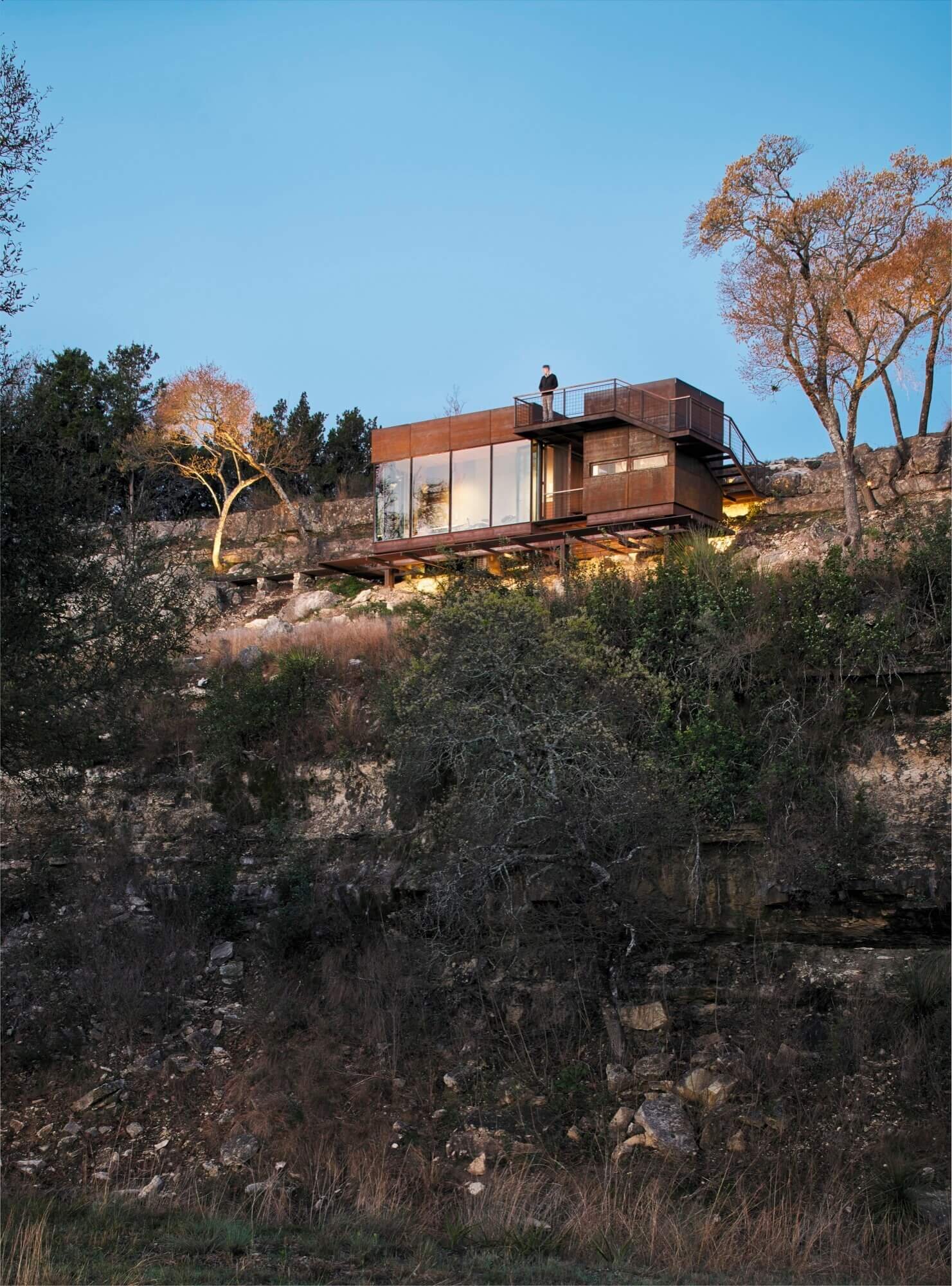 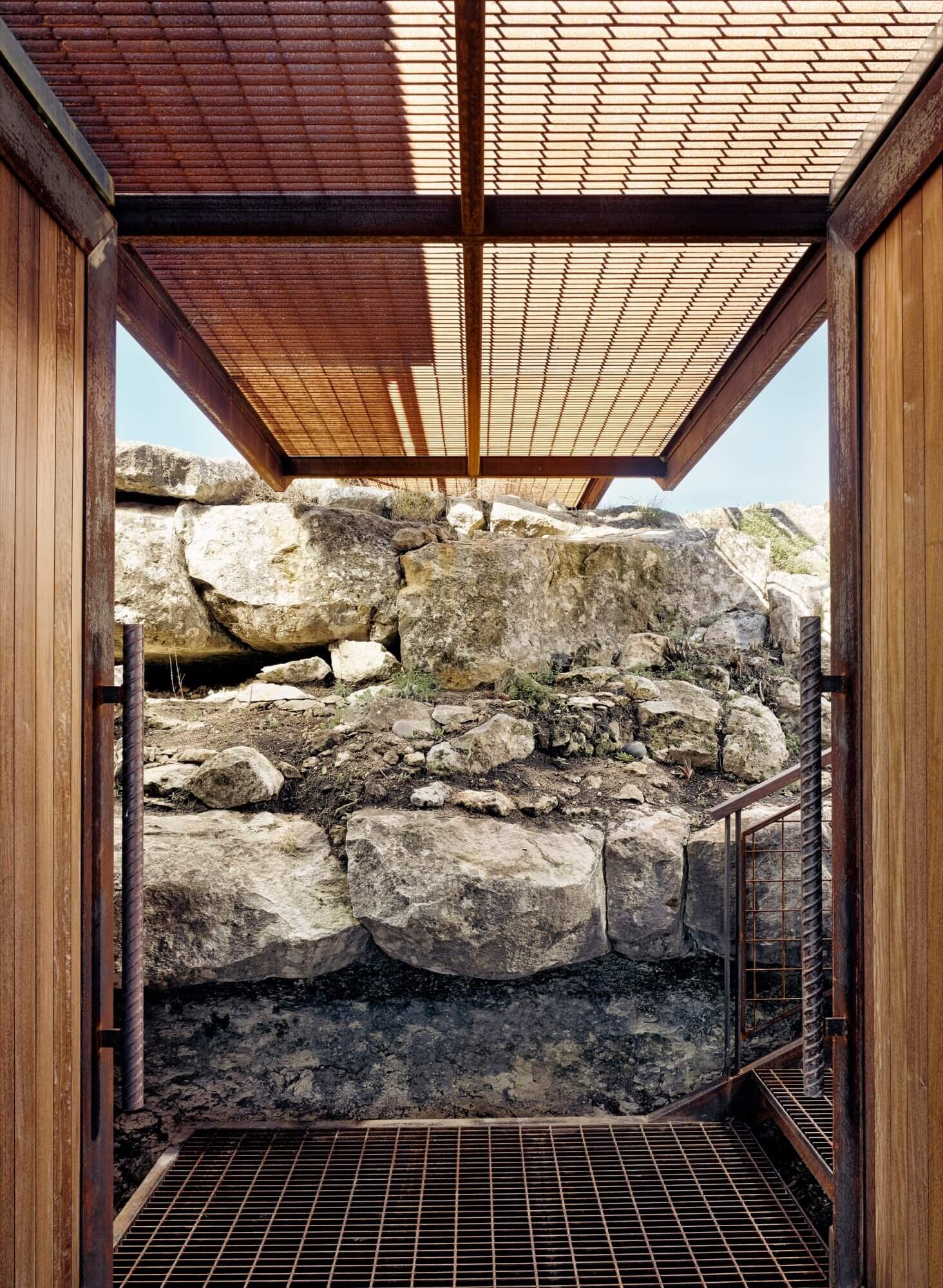 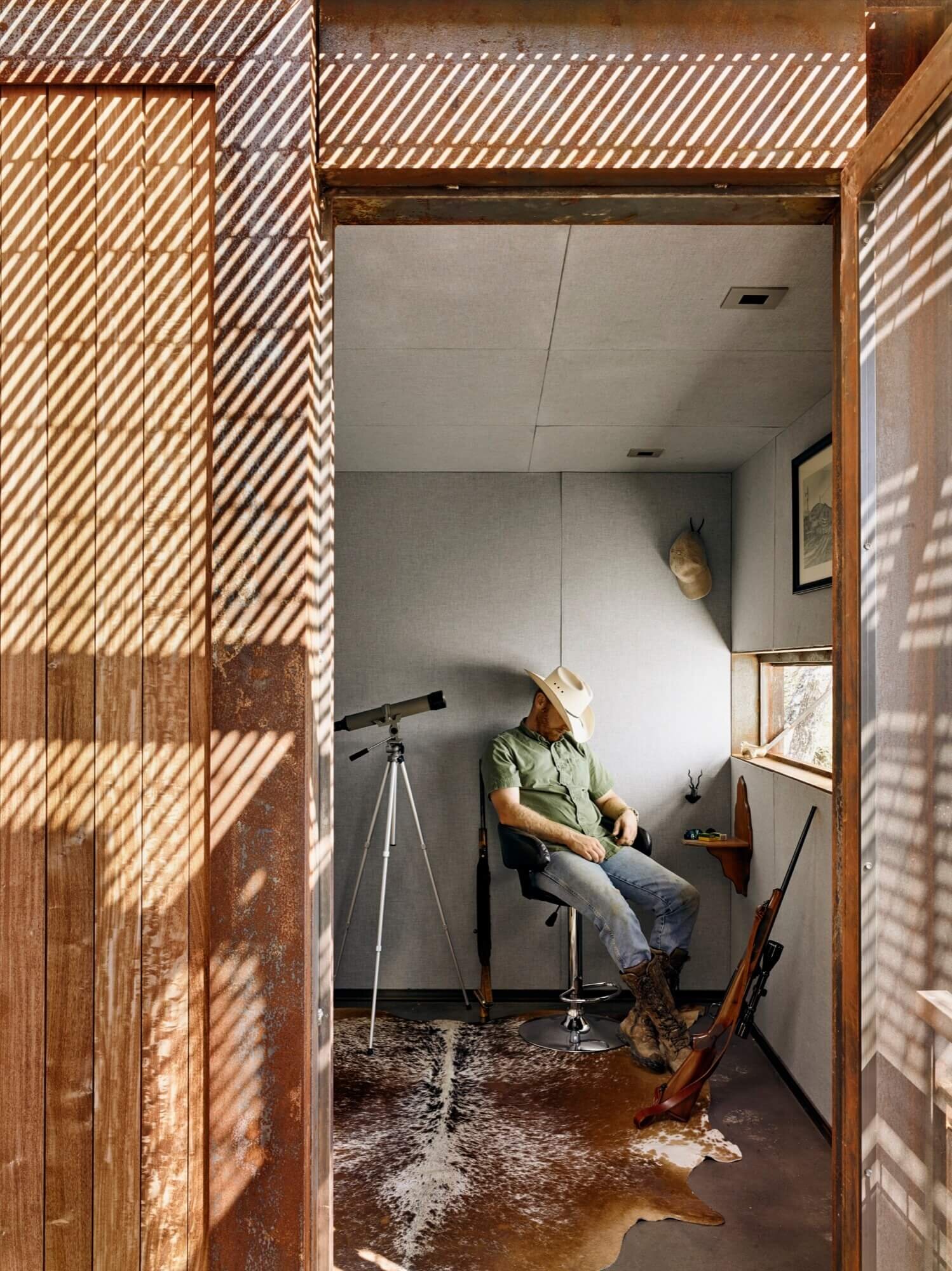 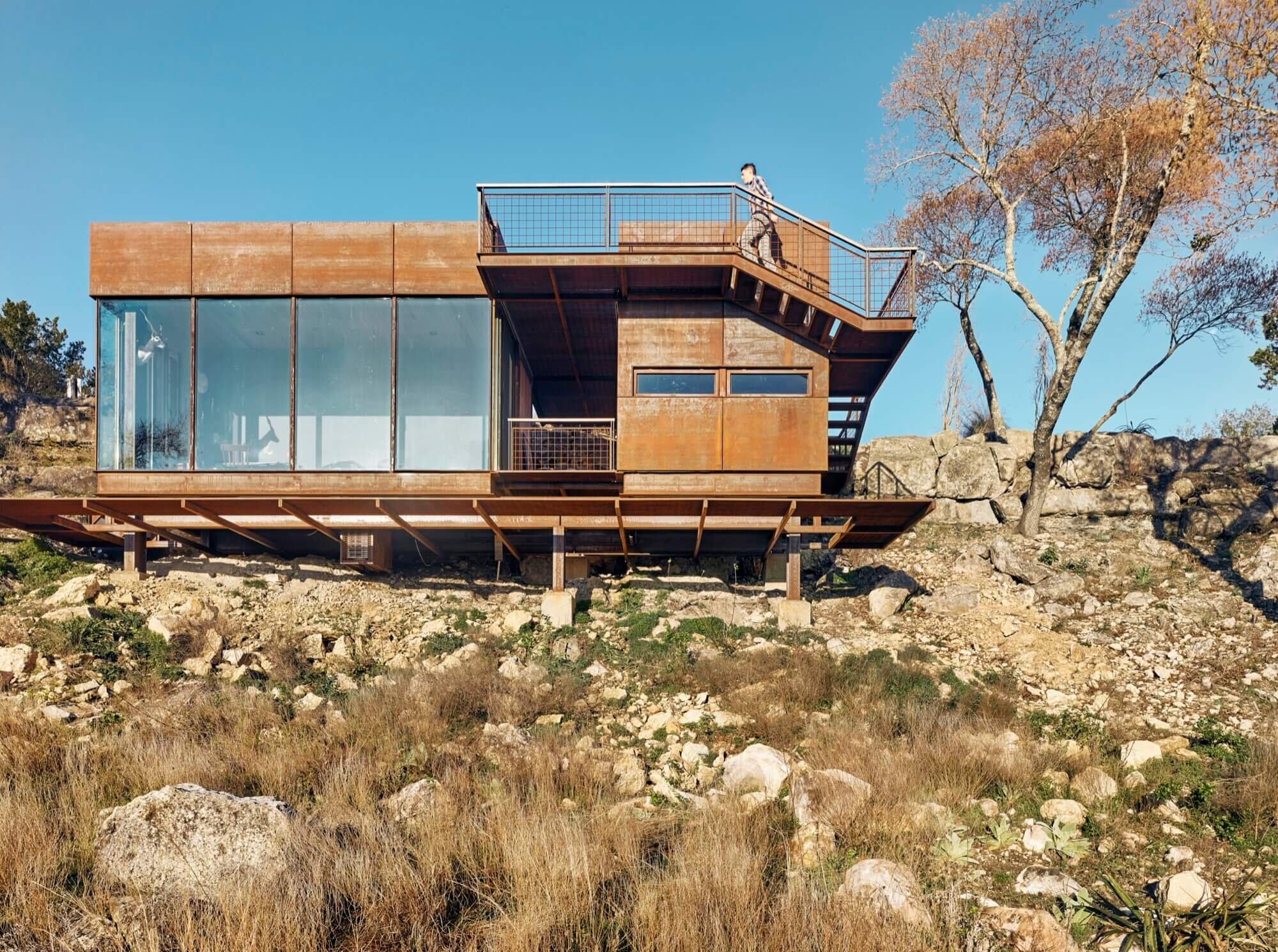 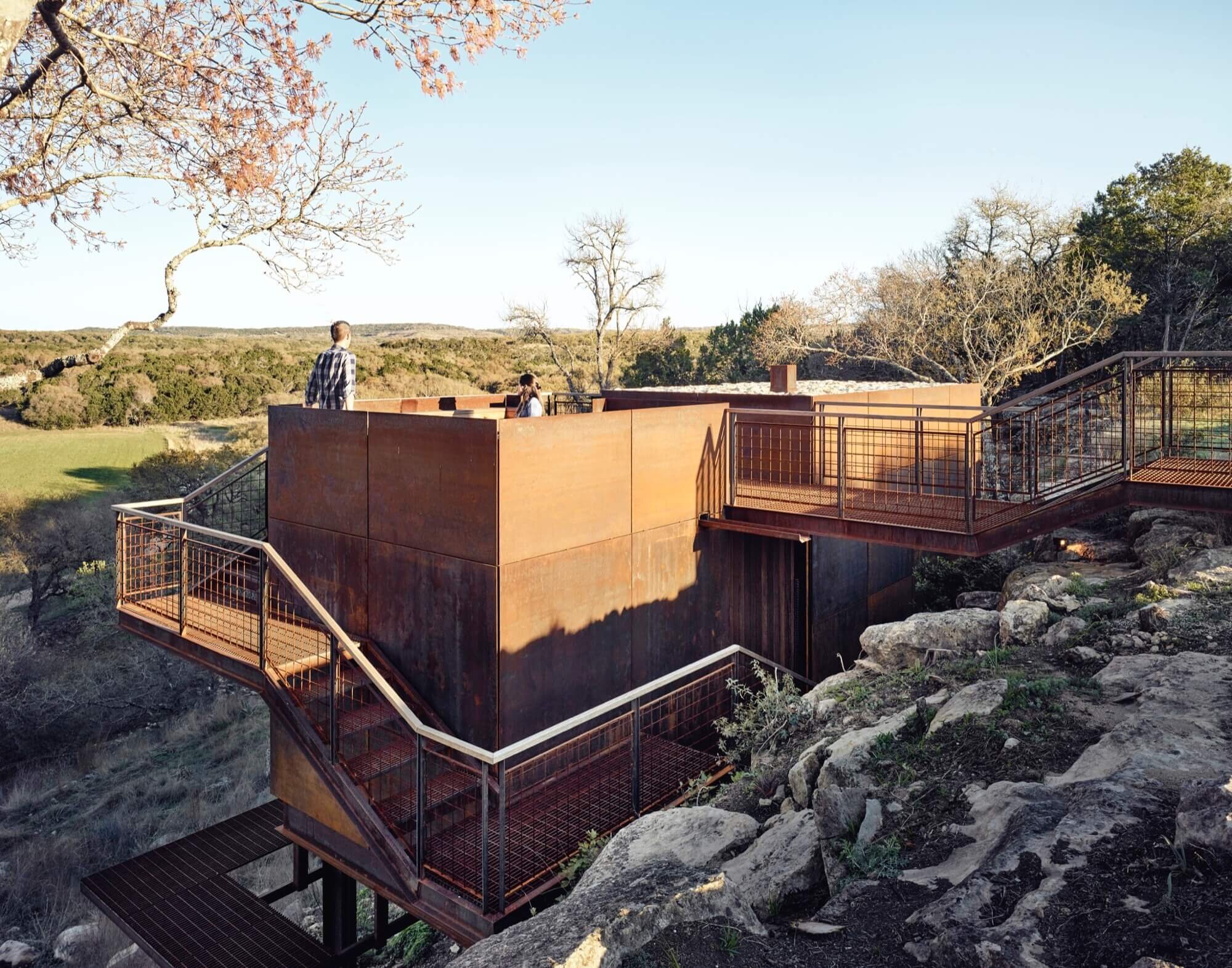 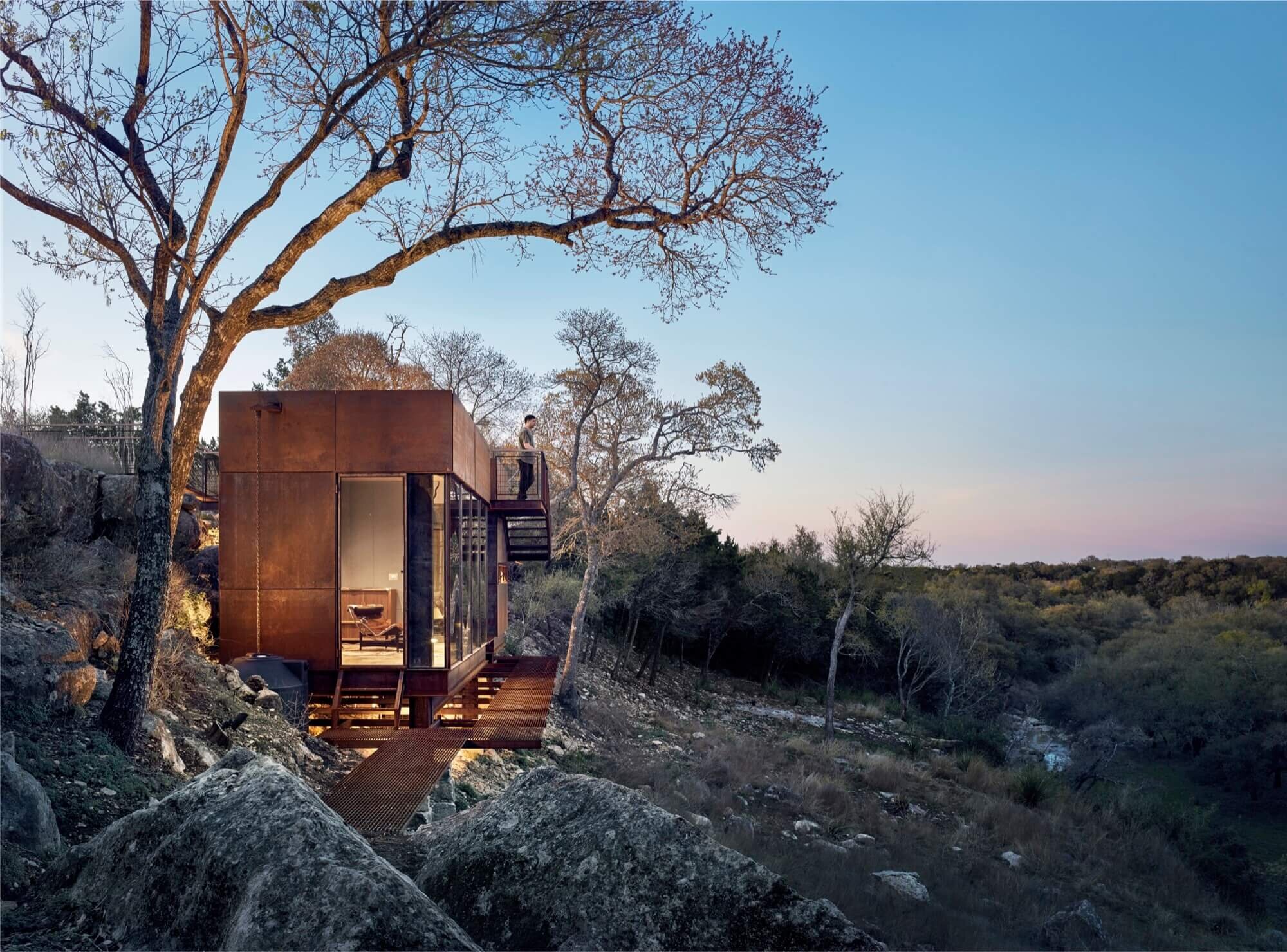 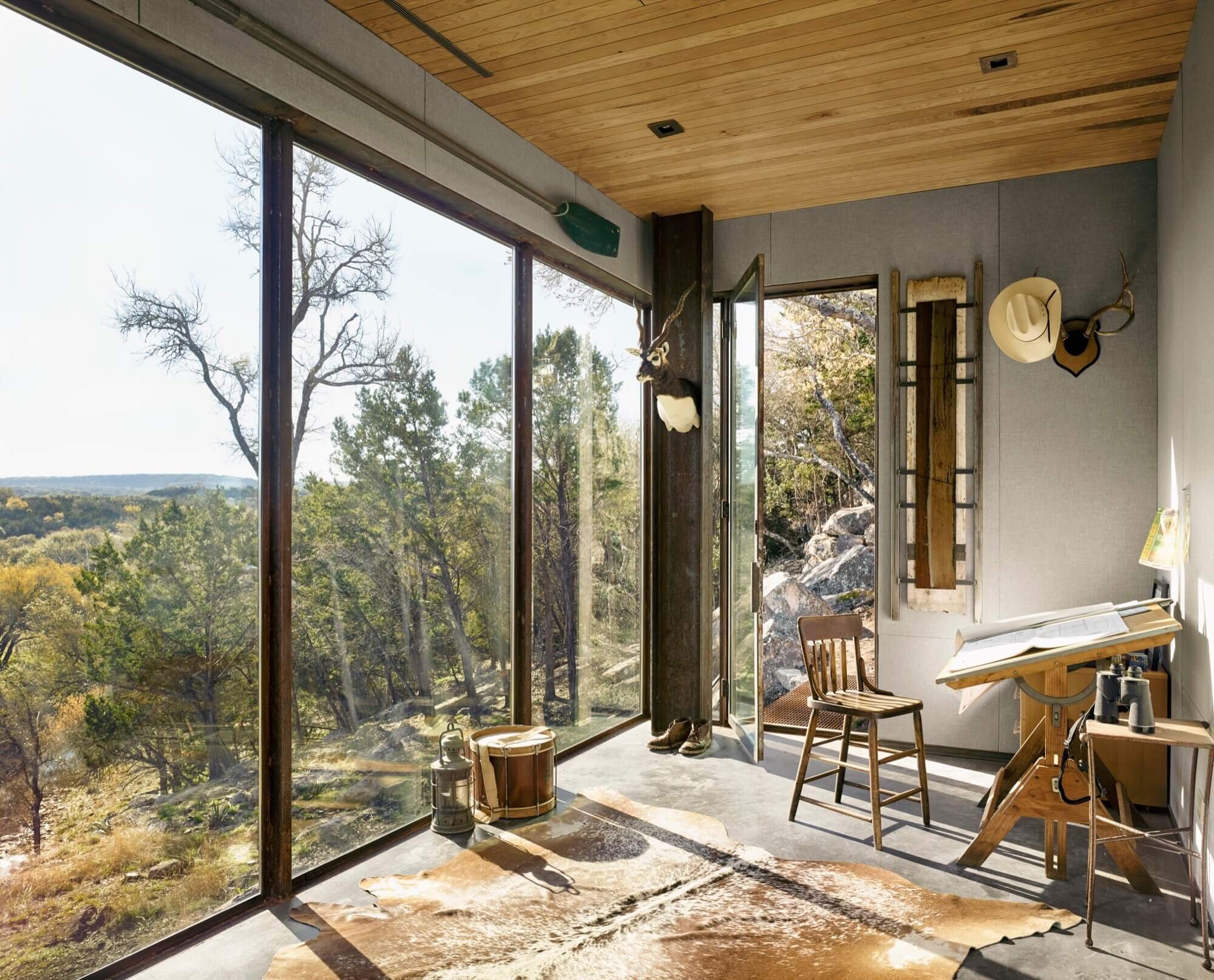 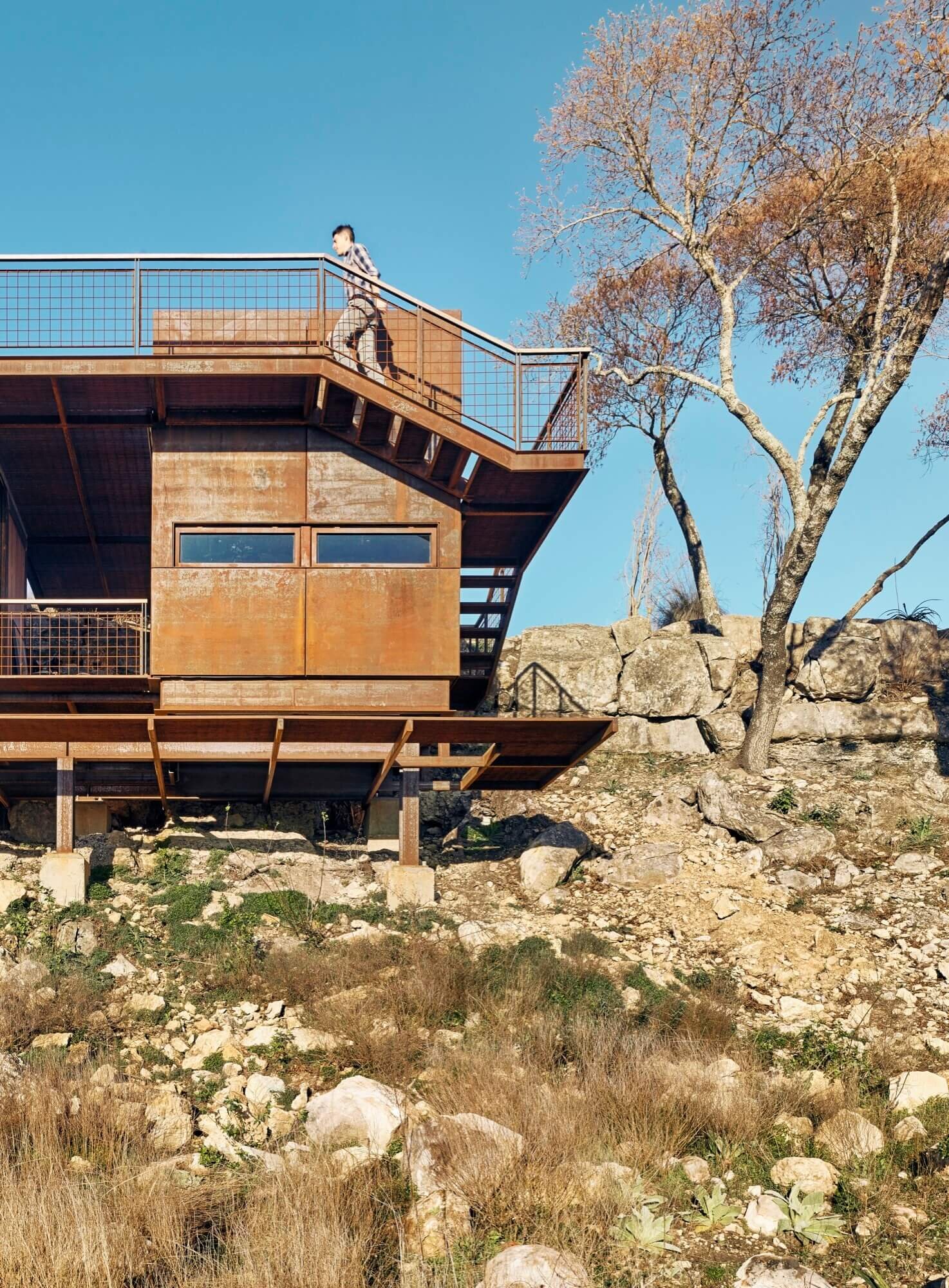 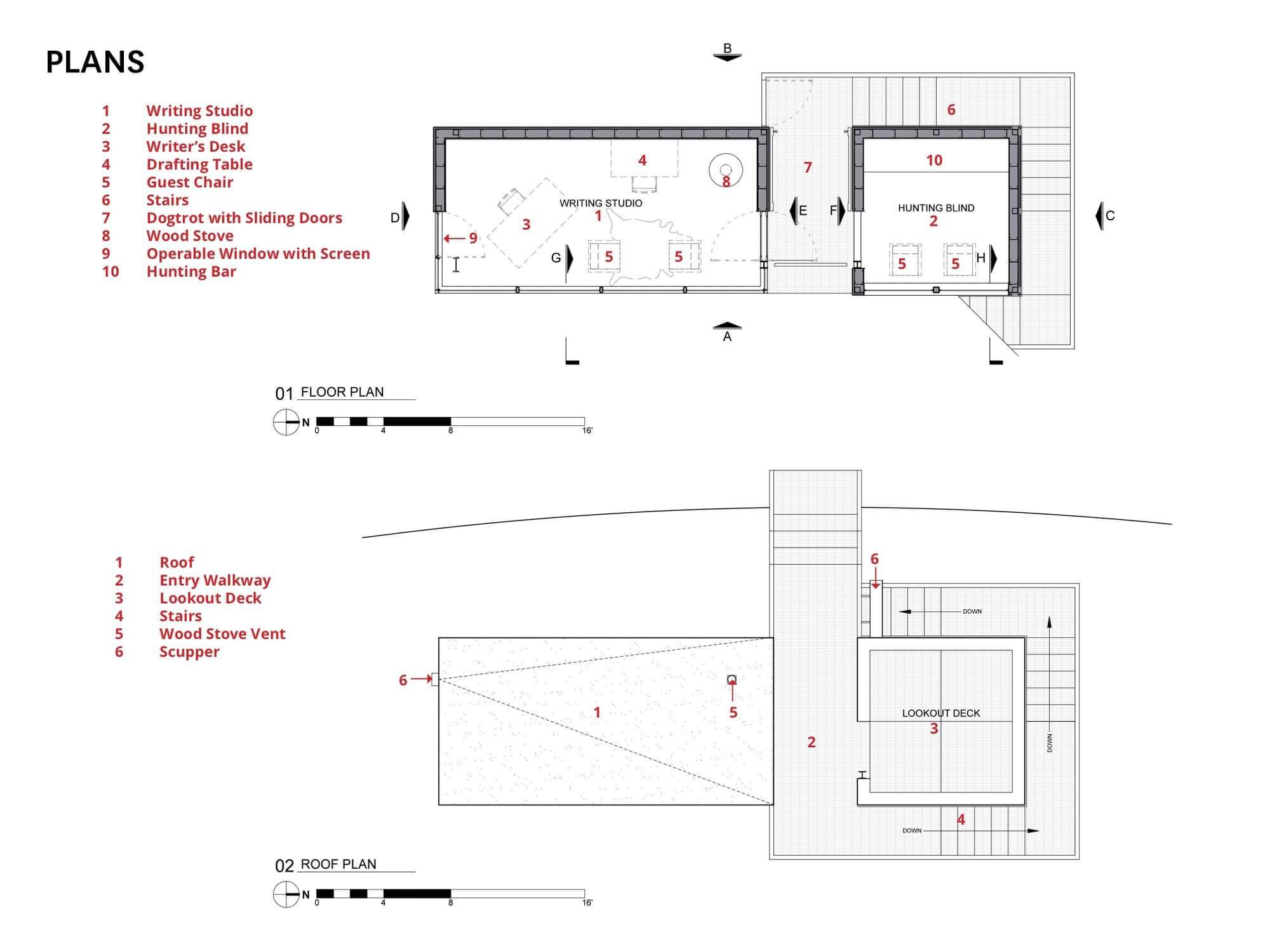 Titled Clear Rock Lookout, this project saw the construction of a steel hunting blind, which also functions as a writing studio and as an observation deck.

The building is the result of a collaborative effort between Ryan, Aia and Stephanie Lemmo (of Lemmo Architecture and Design). The project was completed in 2016.

Clear Rock Lookout amounts to a 450-square-foot (42-square-meter) structure. It’s been clad with cortens steel, a rugged finish to match the rugged terrain.

The lookout can be found outside Johnson City in Texas, nestled into a limestone cliff edge. For the most part, the property is hidden from view – the architects state you have to “discover” it by traversing the top of the mesa.

The building… has to be “discovered” when approached from the top of the mesa. This gradual reveal of the building strengthens the unfolding landscape panorama made possible from the unique vantage provided by the structure. – Lemmo Architecture and Design

The site was chosen for its views, which show off the natural beauty of the surrounding woodlands and pastures. The choice of cortens steel was both an aesthetic and a nostalgic one – the owner of the lookout apparently spent his youth welding oil tanks.

On the inside, the rough and ready finish gives way to much softer tones. Plain walls and wooden ceilings are complimented by large floor to ceiling windows that provide panoramic views, while also keeping the space bright and airy.

The simple structure is composed of two main areas: a writing studio and a hunting blind. Both are connected by a walkway, which wraps around the building and leads to the rooftop lookout.

Iesom is a Treehouse That's Not for the Faint of Heart

Architecture Uncomfortable Create a "House for a Young Family"