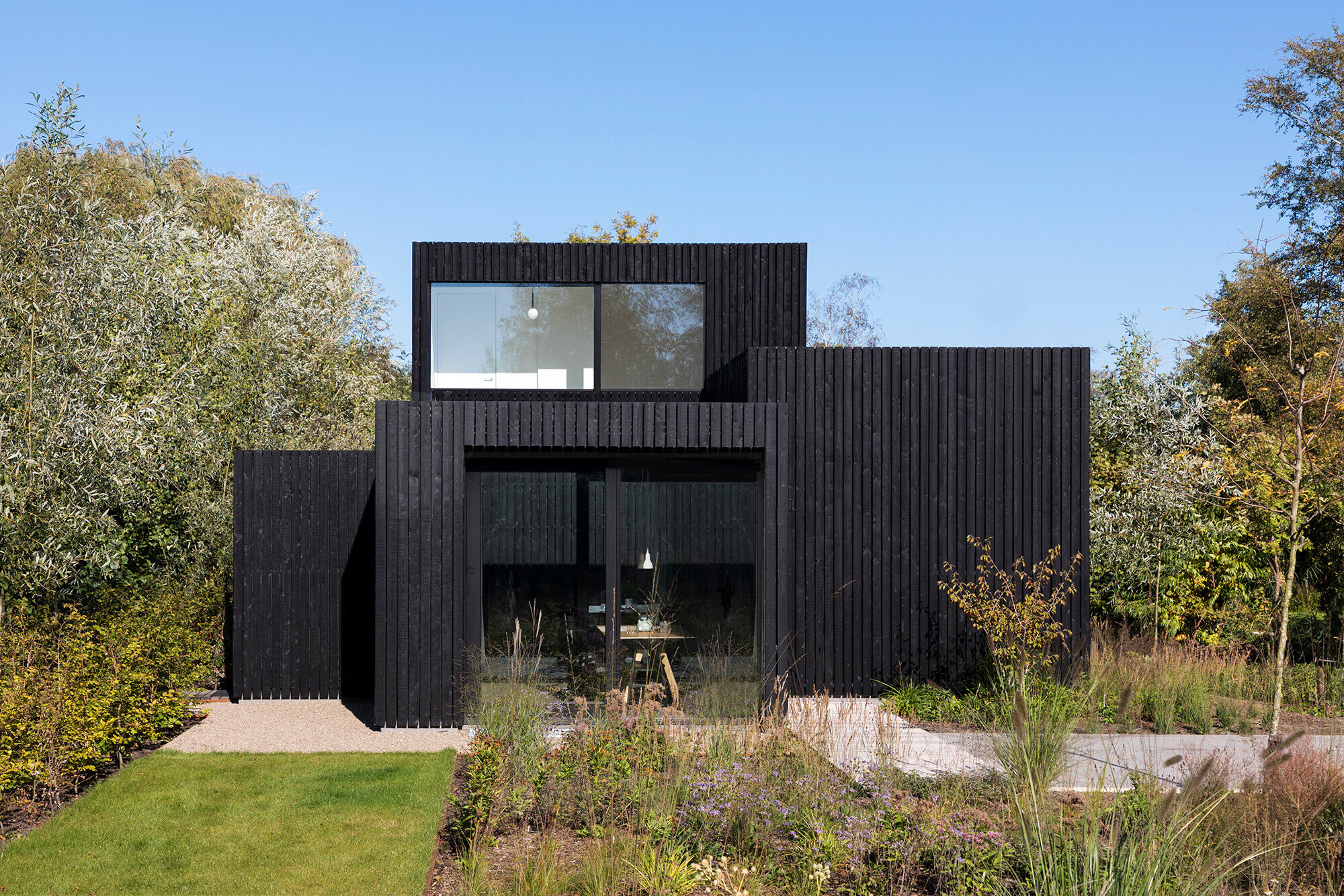 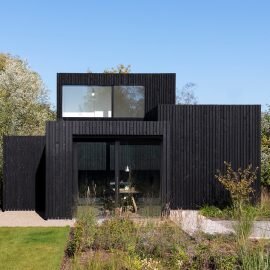 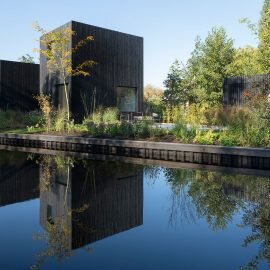 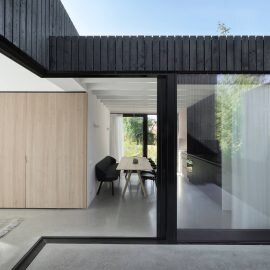 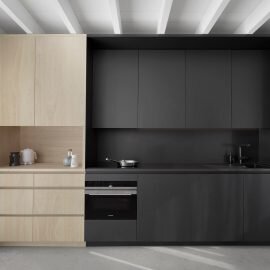 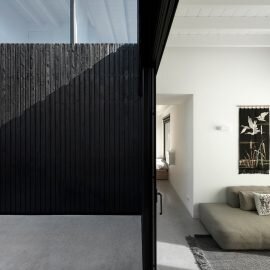 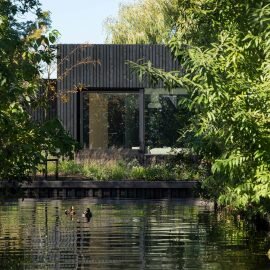 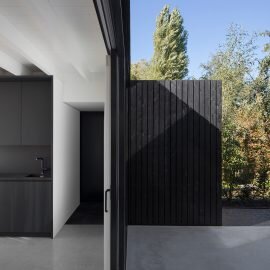 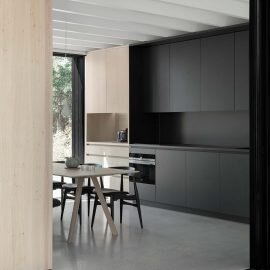 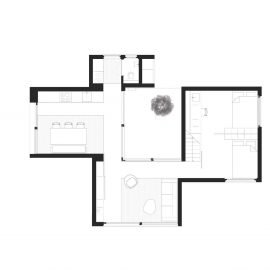 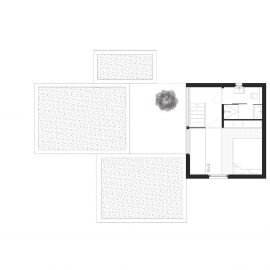 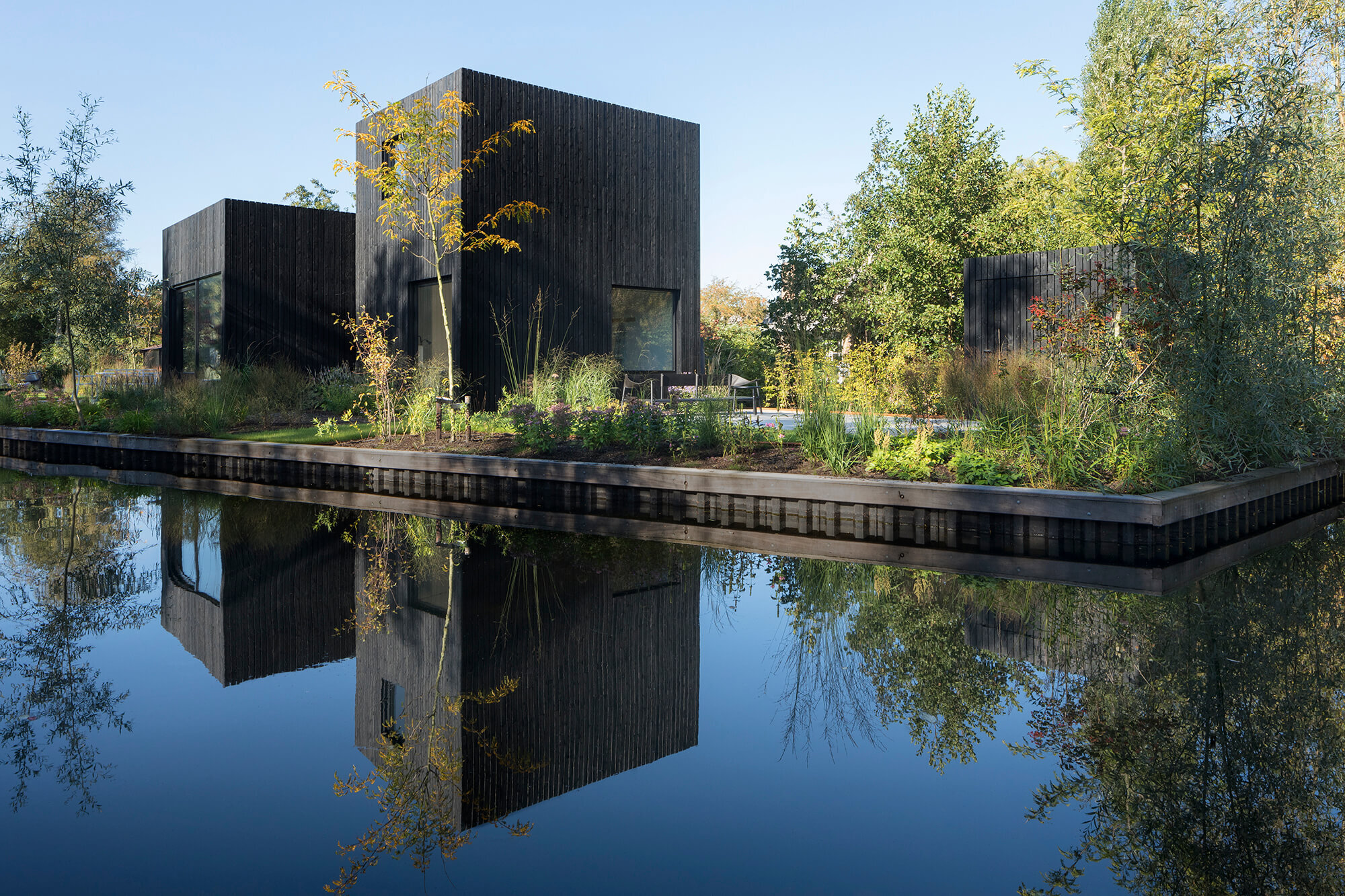 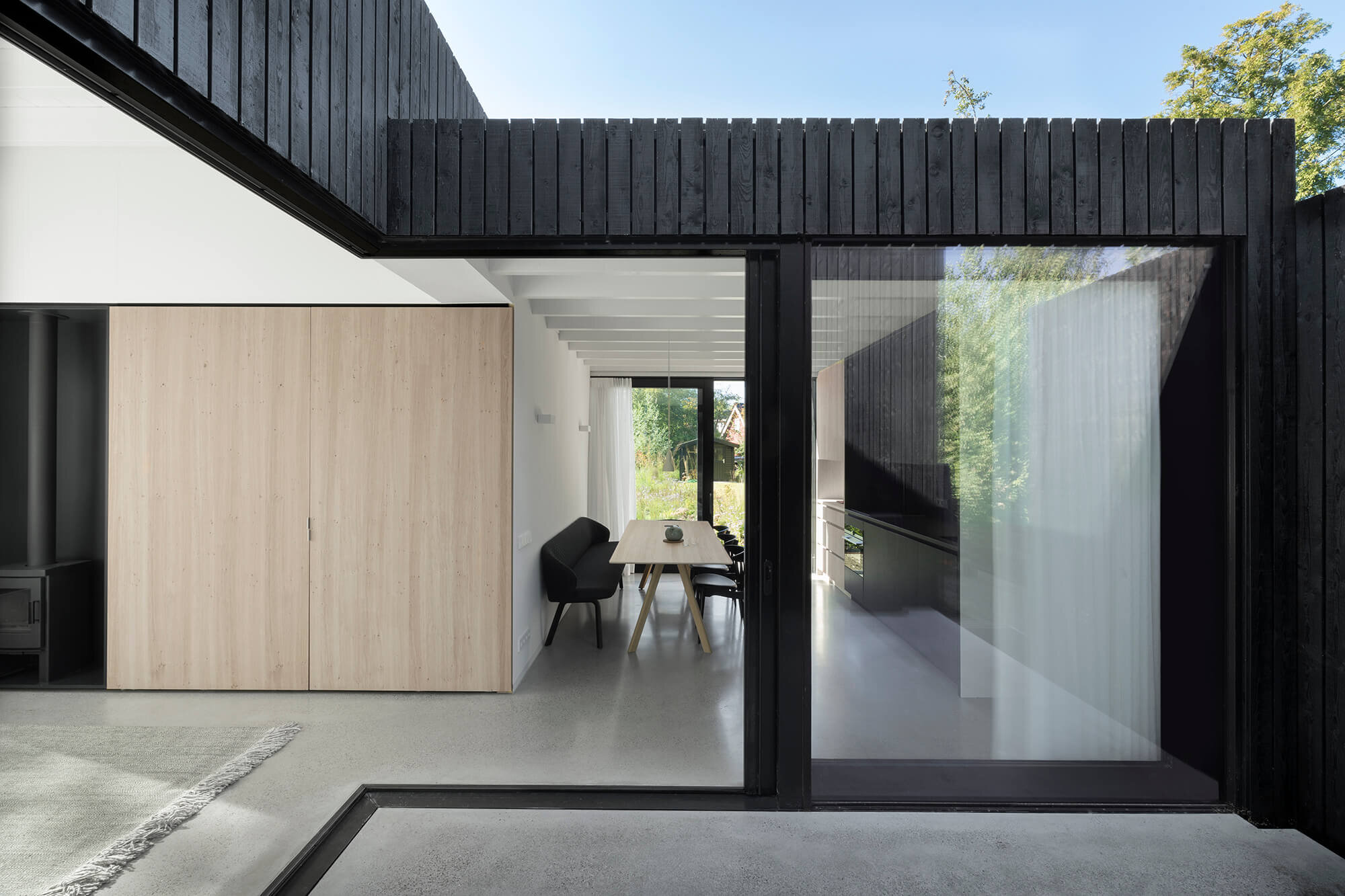 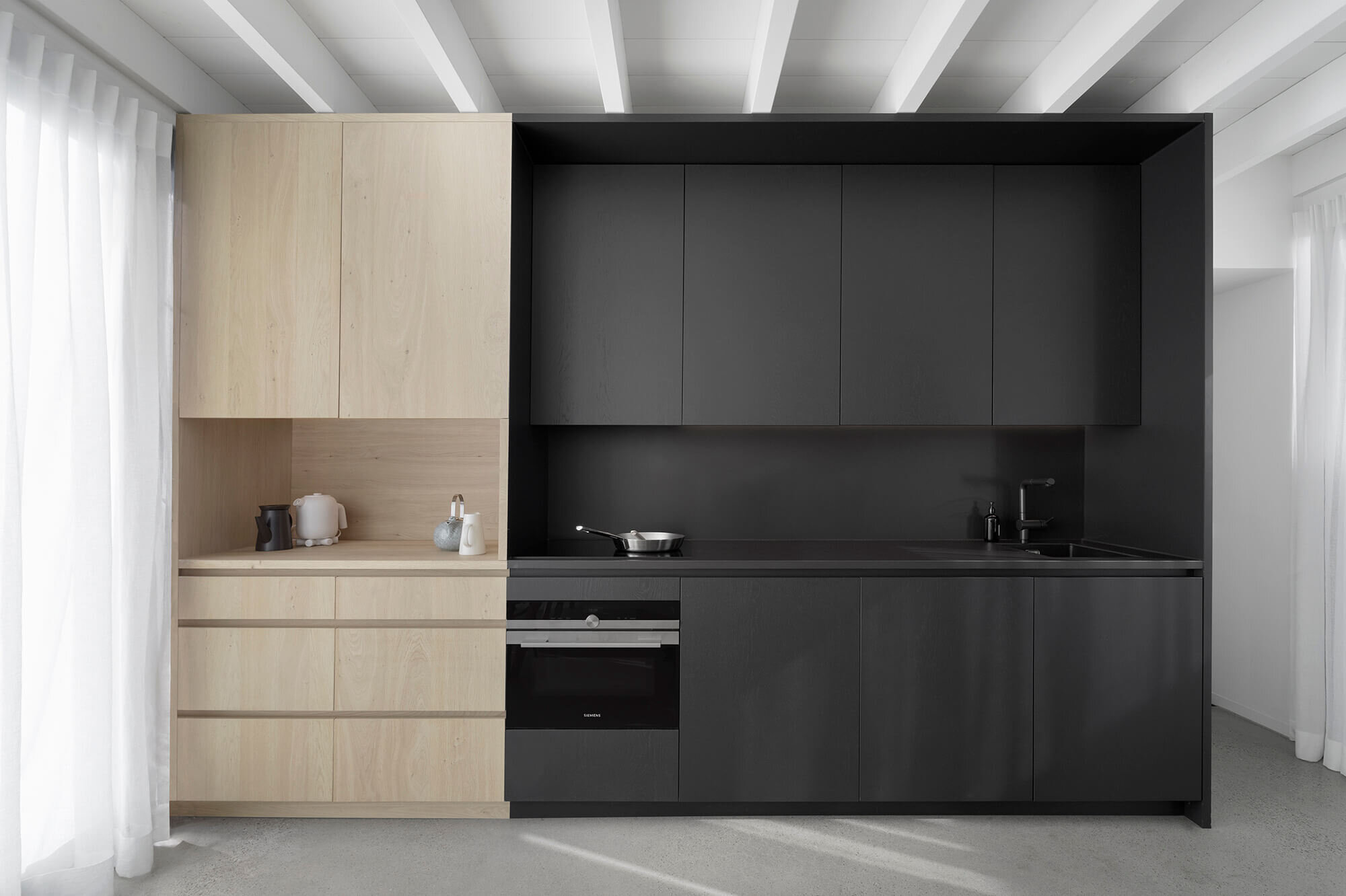 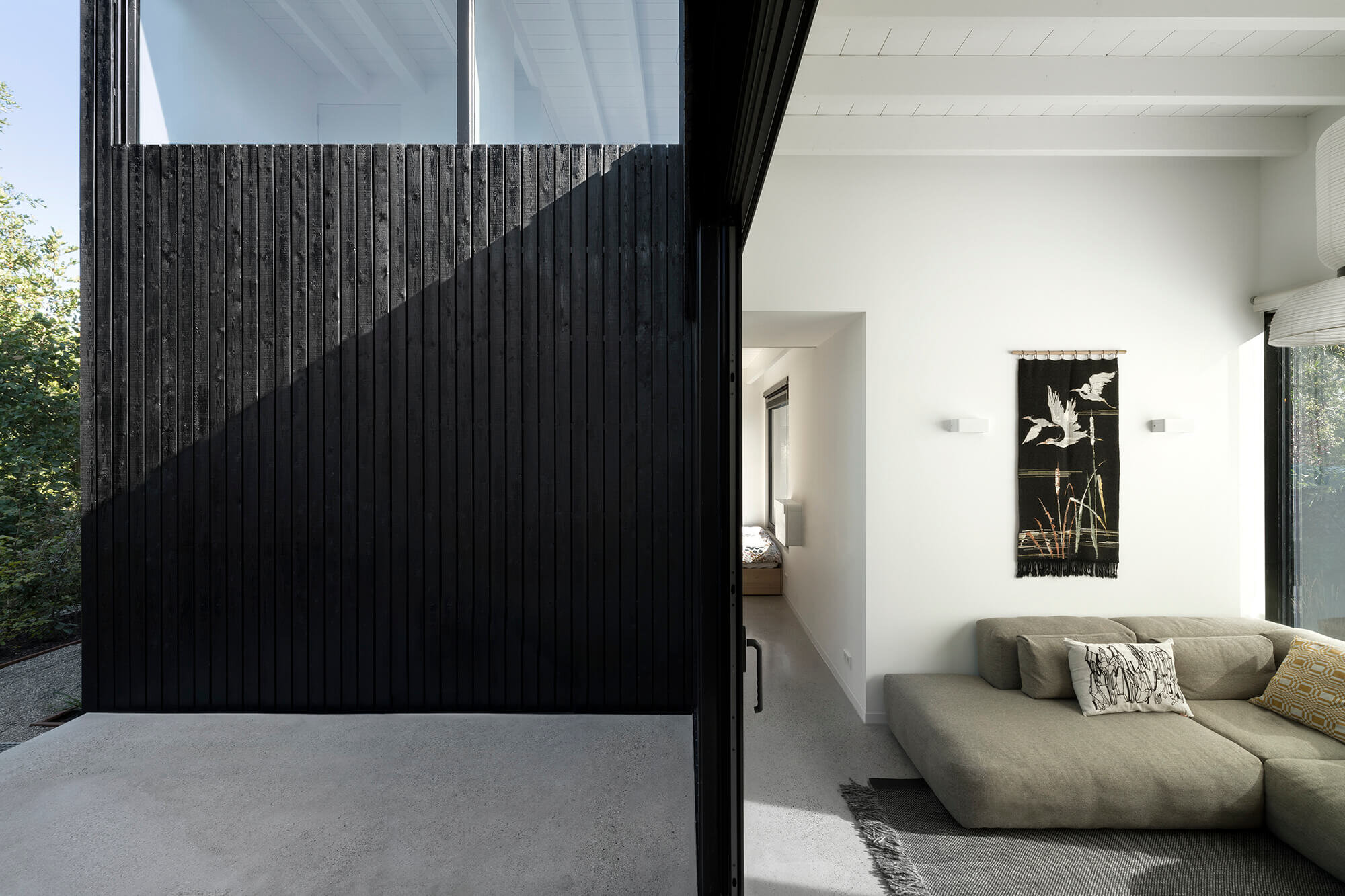 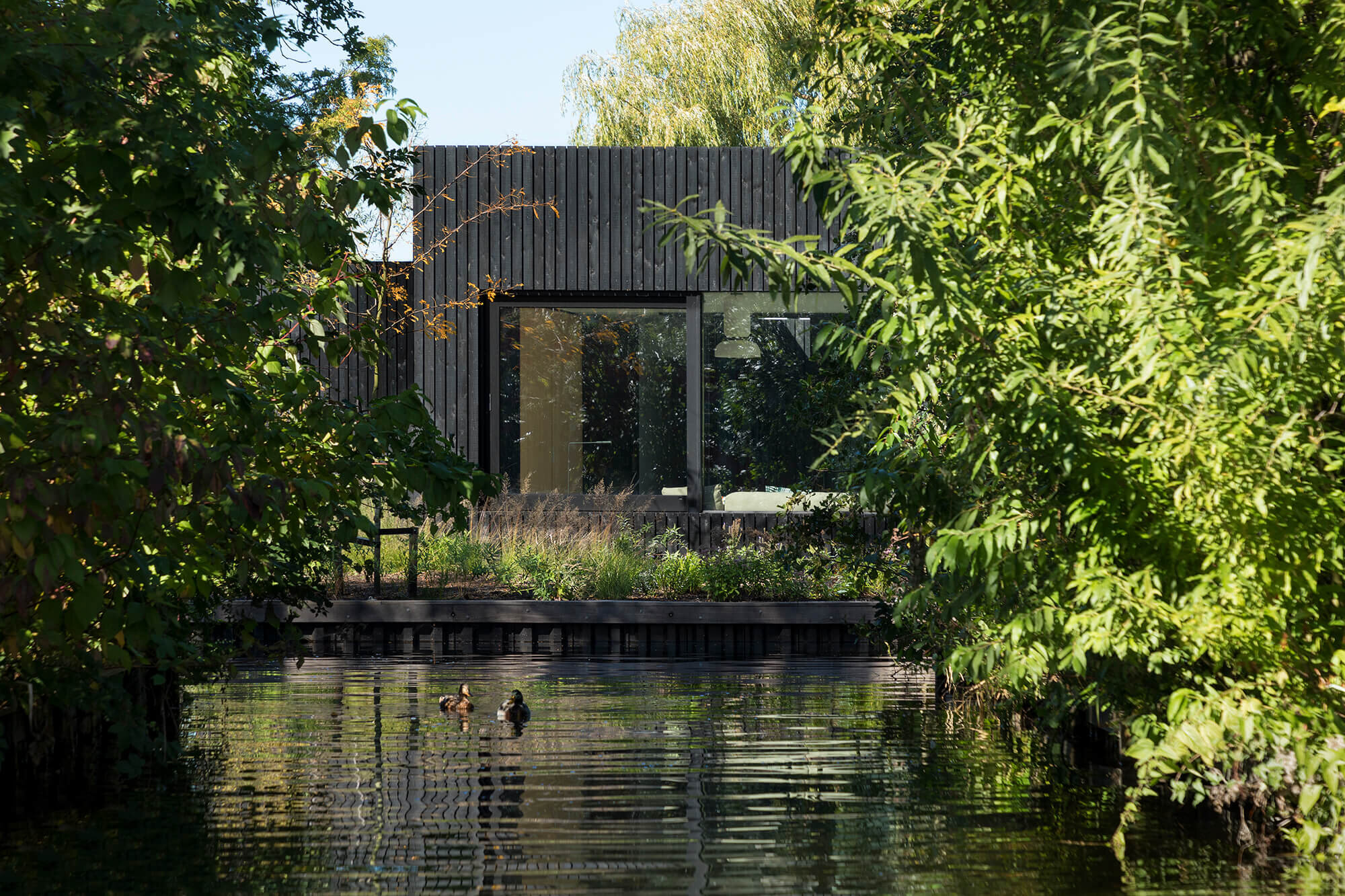 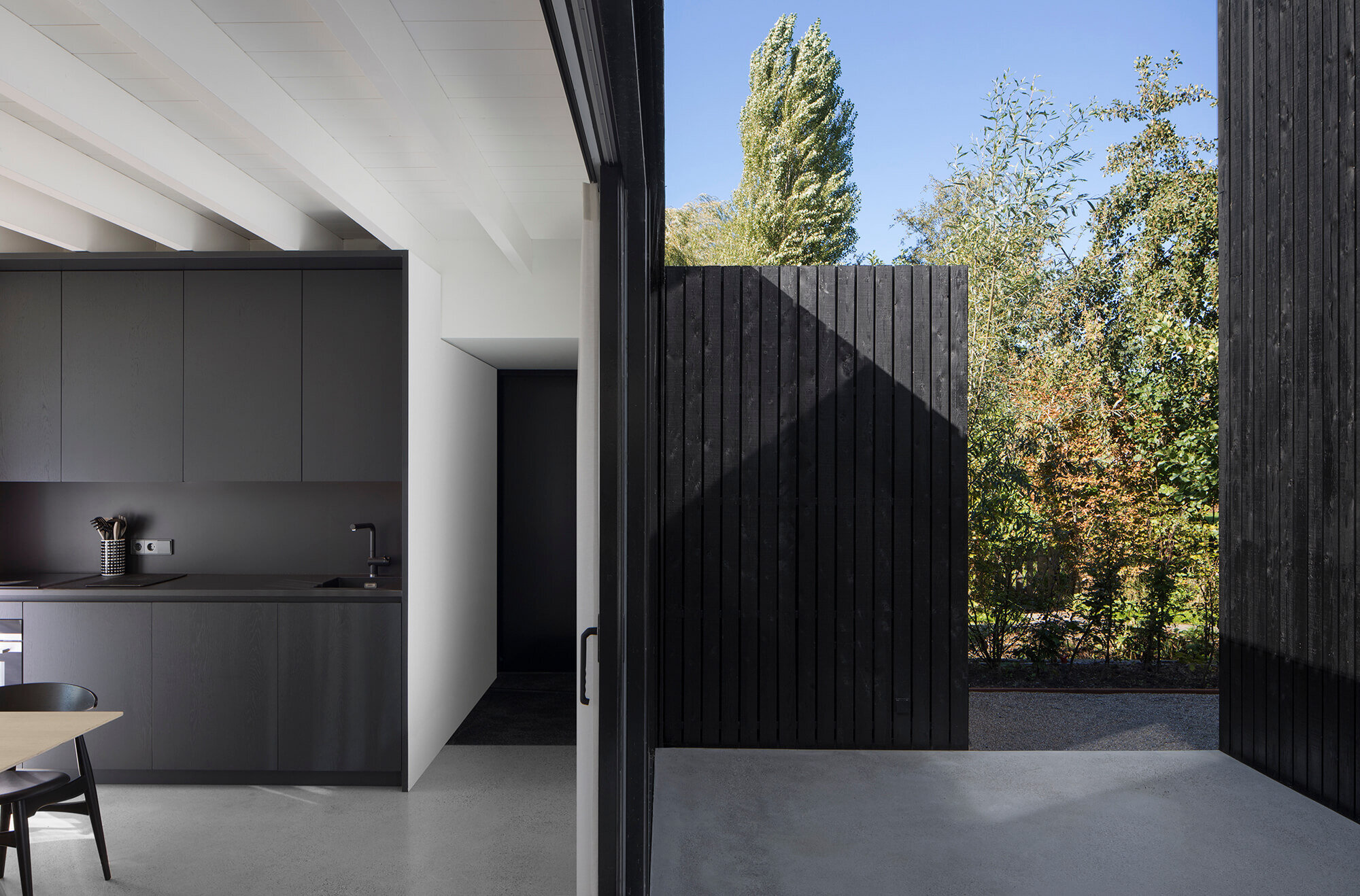 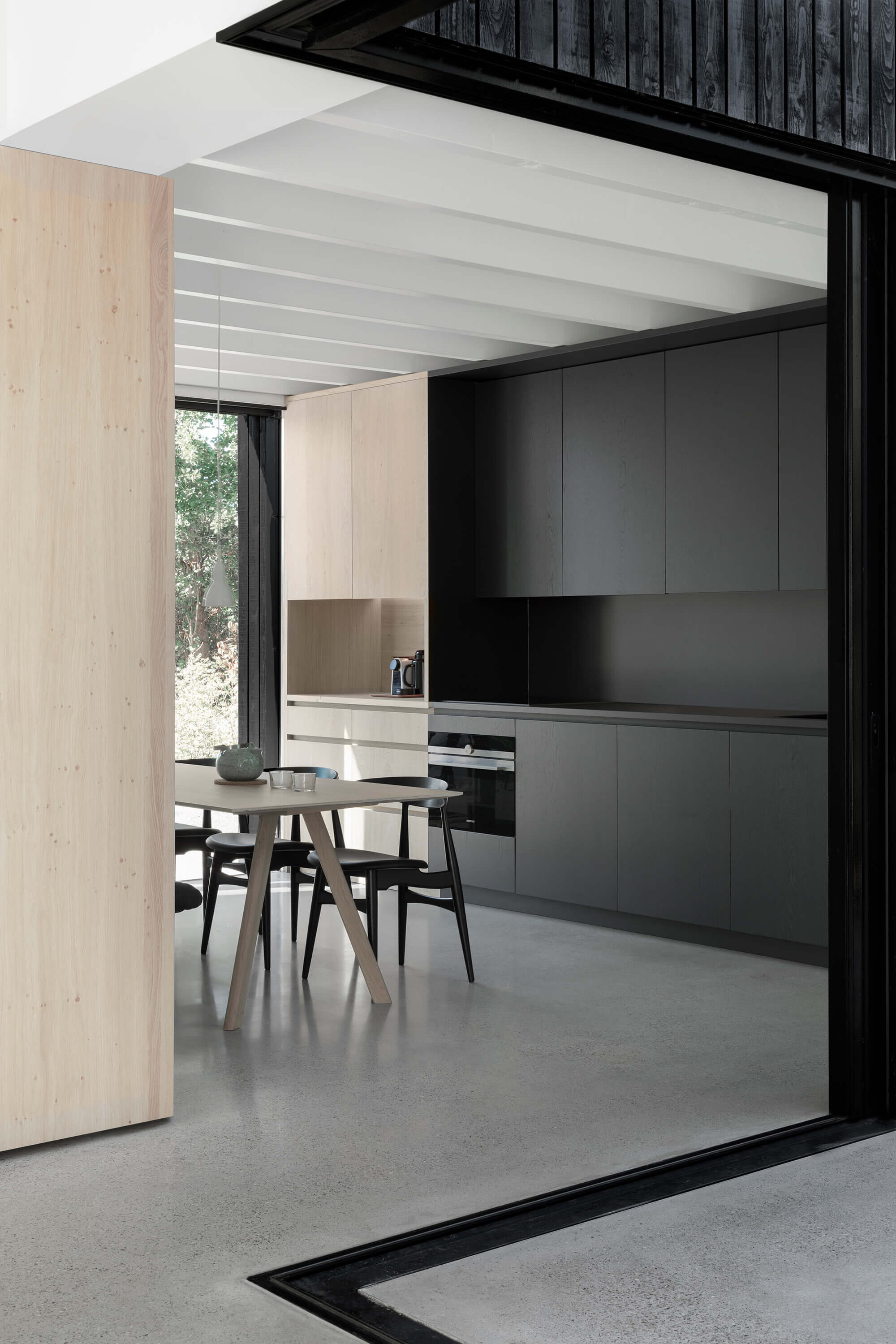 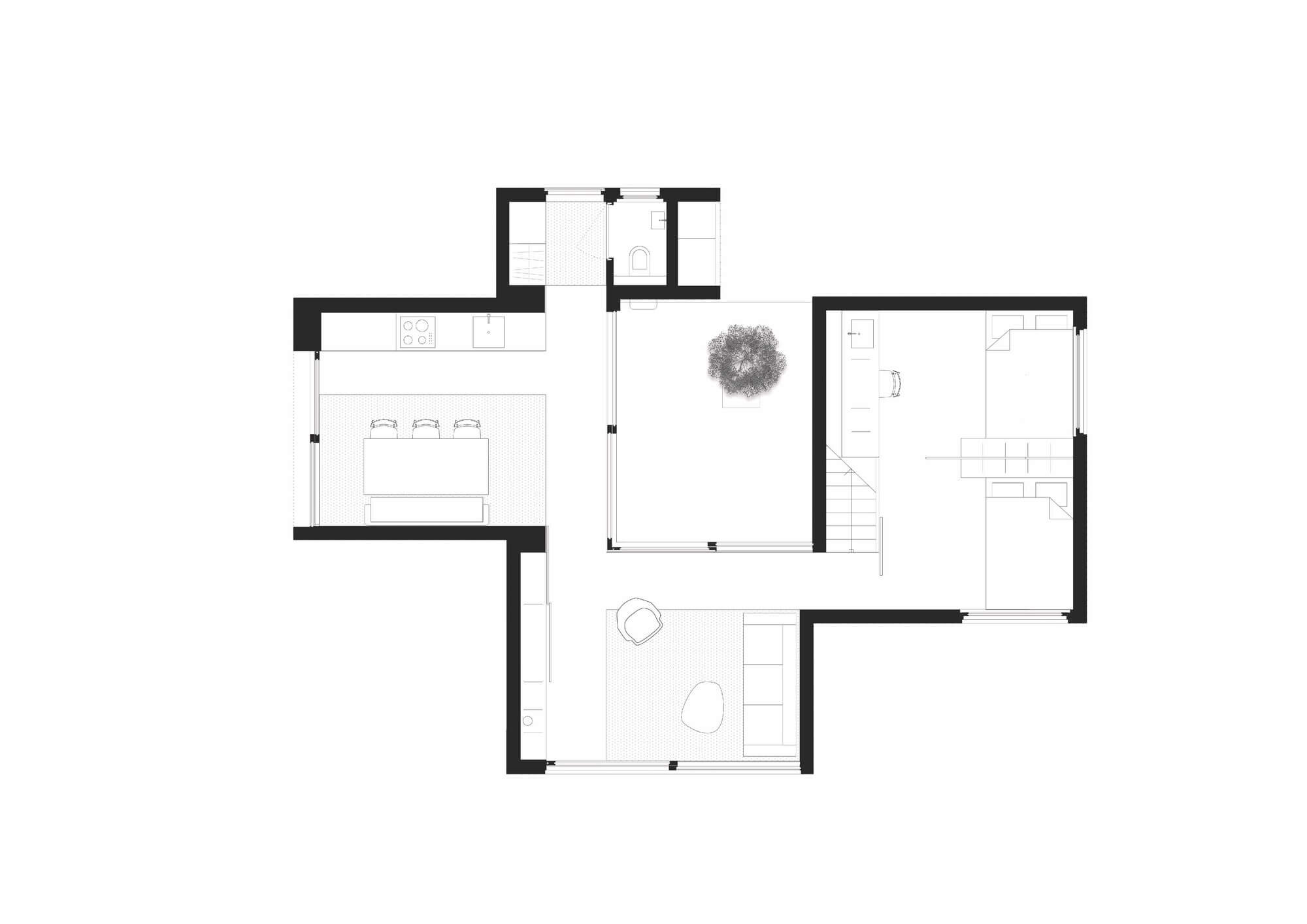 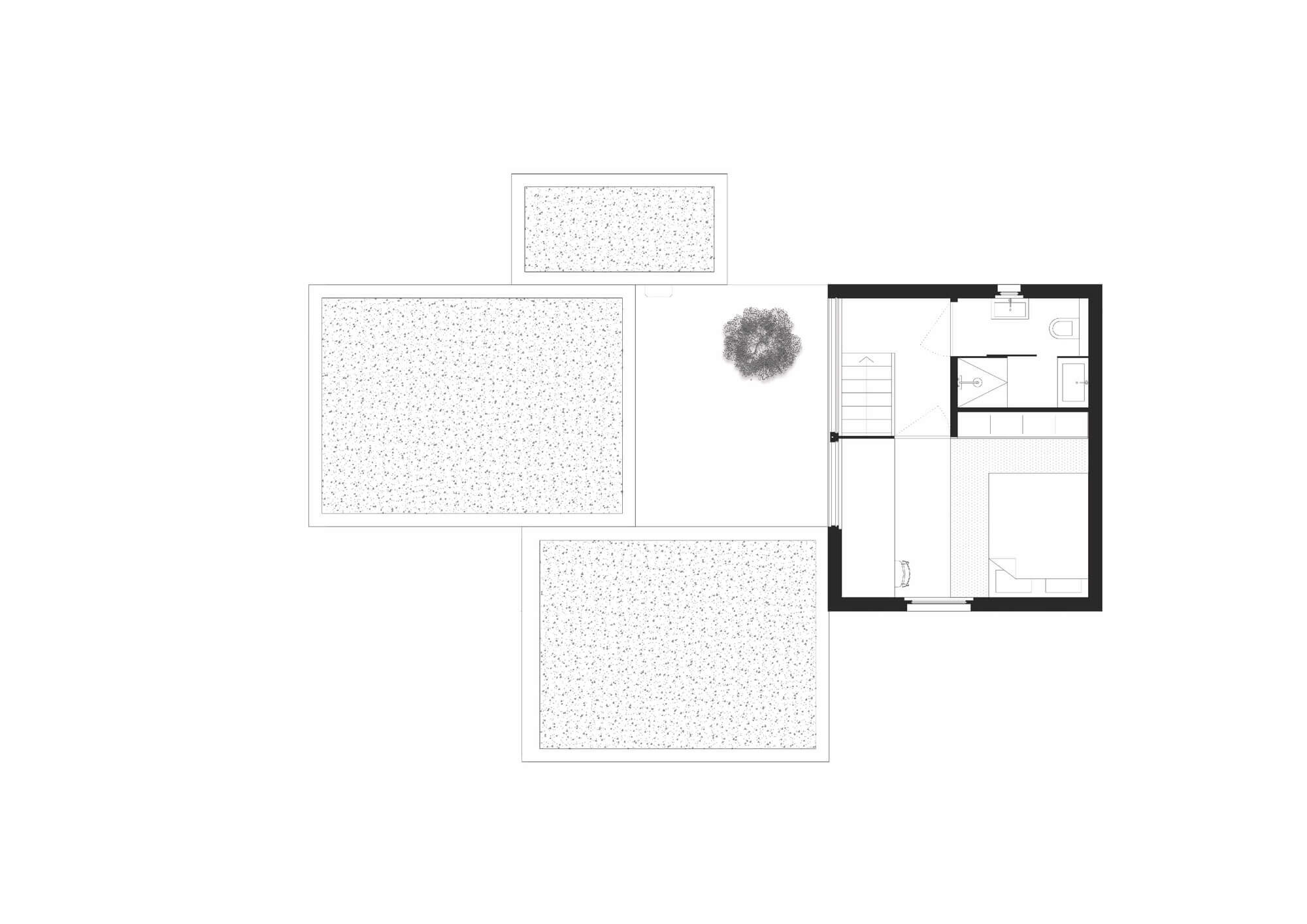 This property has been designed by the architect Chris Collaris in conjunction with the interior design firm, i29 Interior Architects.

The project, titled Tiny Holiday Home, involved the creation of a family holiday home in Vinkeveen, The Netherlands. The project was wrapped up in early 2019.

The house has a footprint of 592-square-feet (55-square-meters) and is set on a plot of land that’s described by the designers as an “elongated island” near a lake.

There are two floors in the property, giving it a floor area in the region of 807-square-feet (75-square meters). It features a number of large picture windows and sliding patio doors, the result of which is lots of natural light and outward views.

It’s a model example of a tiny house; smart, comfortable but with no consessions to quality in both the interior and architectural design; small is beautiful.

The home has a stark exterior finish composed of charred timber. The inside gives way to much lighter tones – predominantly white, gray and light woods (although black can still be found in the kitchen).

The house is composed of a series of “boxes”, which surround and form a small courtyard. Each of these boxes contain a living area, with a slight overlap between each to maintain an open plan flow.

We strived for a design strategy in which architecture and interior come together in a model combination. Each volume has its own program.

The first floor contains a downstairs bathroom, followed by a kitchen and dining area, the living room and two bedrooms. A staircase at the foot of the bedrooms takes you to a third bedroom, and another bathroom.

SPINN Arkitekter's Unique Huts will Keep You Warm for 100,000 EUR