This this quaint corrugated shed, called the “Chameleon Cabin” is built entirely from paper. Mattias Lind, a partner in the Scandinavian firm, White Arkitekter, developed the “house” as part of an exploration into the limits of the material. 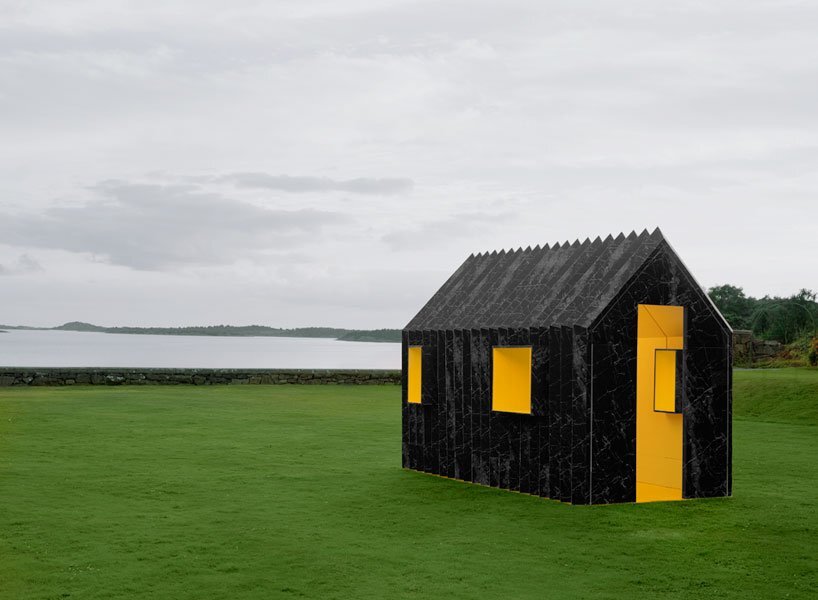 In keeping with its name, the appearance of the structure changes according to a person’s point of view. Its exterior façade is either white, or black depending on where you view it from. Due to the versatility of the design (and the material), the cabin can be extended in length – up to several hundred meters according to DesignBoom. 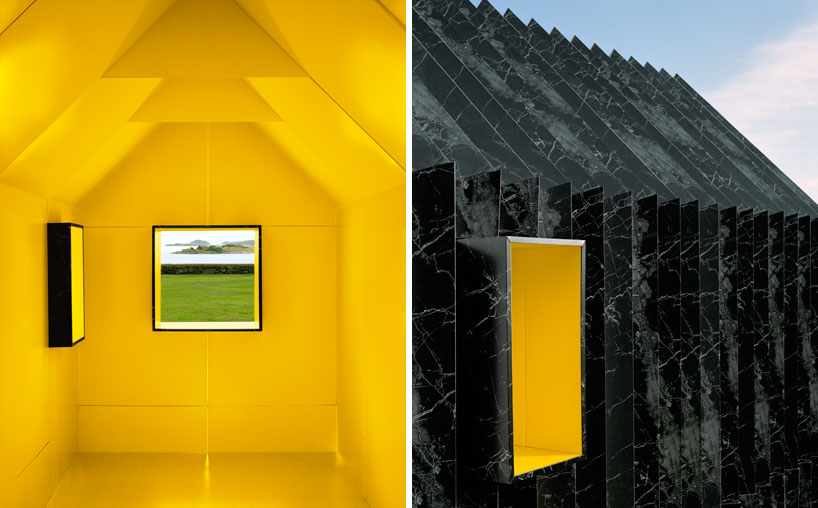 The corrugated façade features printed imaged of white and black marble. The interior contrasts sharply with the exterior; it’s printed in a bright yellow to create a cheery, warm space. The overall proportions of the design are based a small Swedish shed called “Friggebod”, which like the Chameleon Cabin, can be built without planning permission. 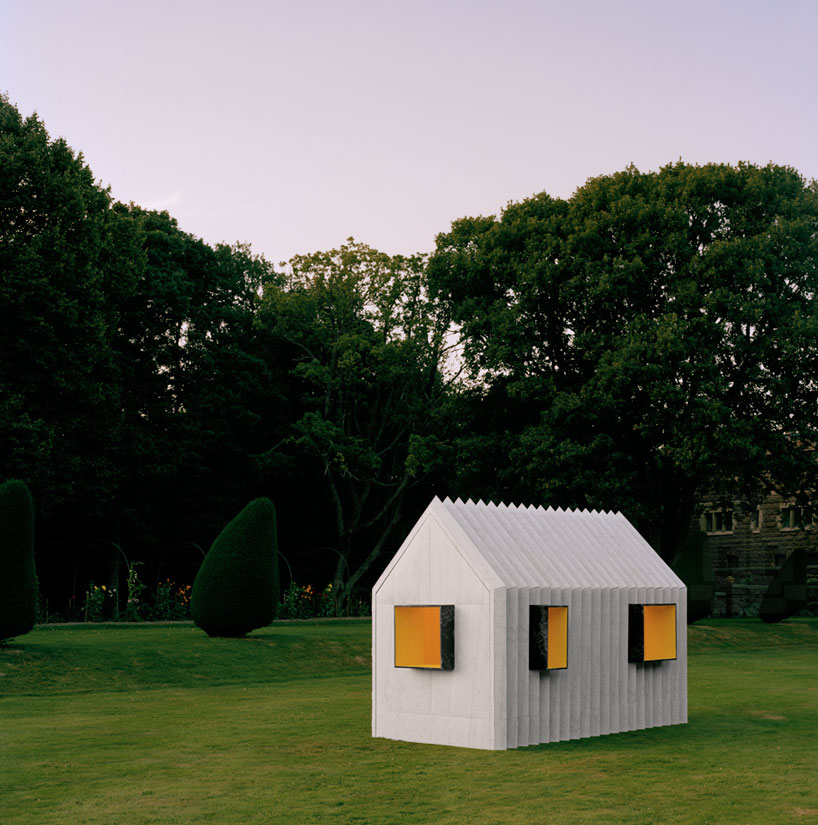 The entire cabin weighs just 100 kilograms and is made up of 95 modules. The paper used in its construction (miniwell) is just 2mm thick. The roof and walls are connected by hangers, providing the modular space with the required degree of flexibility and strength. 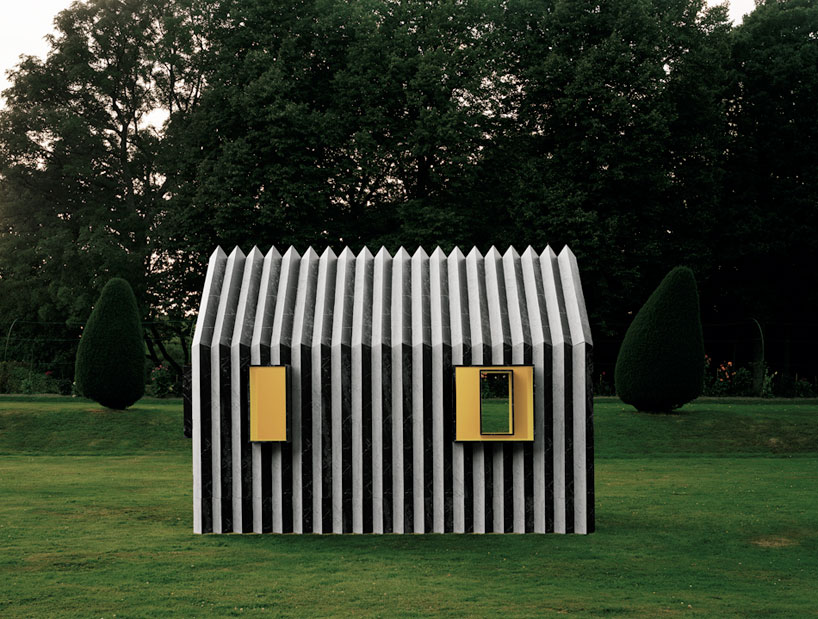 To arrive at the finished product, the Chameleon Cabin had to undergo a series of full scale strength tests. The project was completed with the assistance of the printer company, Göteborgstryckeriet, and the brand agency, Happy F+B. 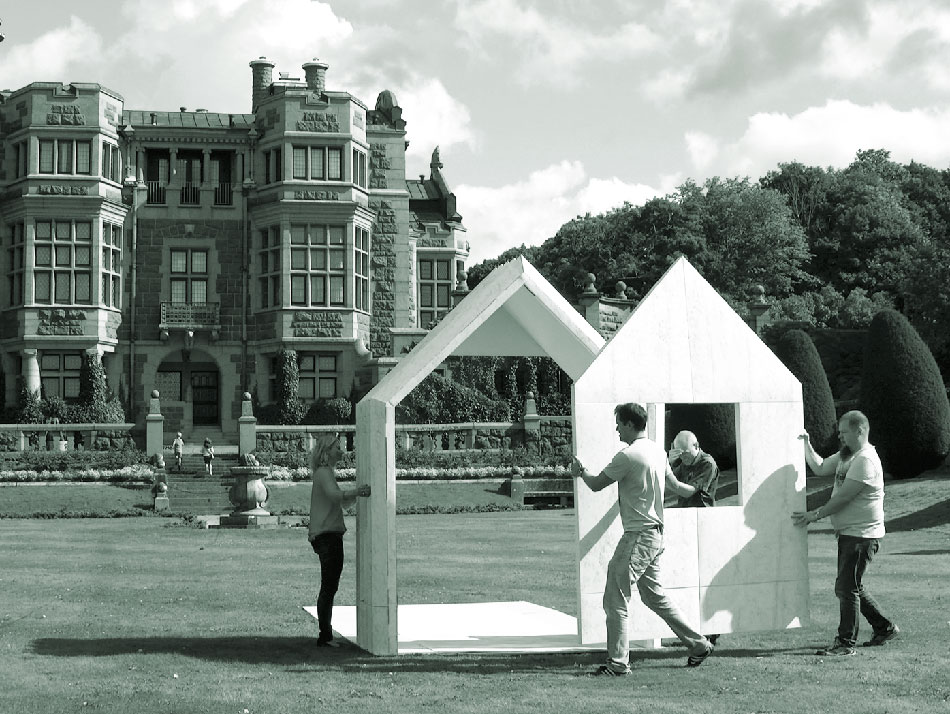 The Chameleon Cabin has a number of potential uses, not least of all as a shelter for those in a state of transition as a result of natural disasters or other crises.

Filter Studio is a Flexible Space by Camera Buildings

The Hut by Koji Kakiuchi – A Small, Elegant Retreat

A Tiny Retreat by Jerome Levin