This Chinese cottage has been restored to its former glory by architects Christian Taeubert, and Sun Min. The small dwelling harks from an era of construction that employs traditional techniques.

Unfortunately, the use of traditional methods is diminishing. As the country’s population shifts towards the cities, rural communities and their historical buildings are being abandoned, as well as how to construct them. 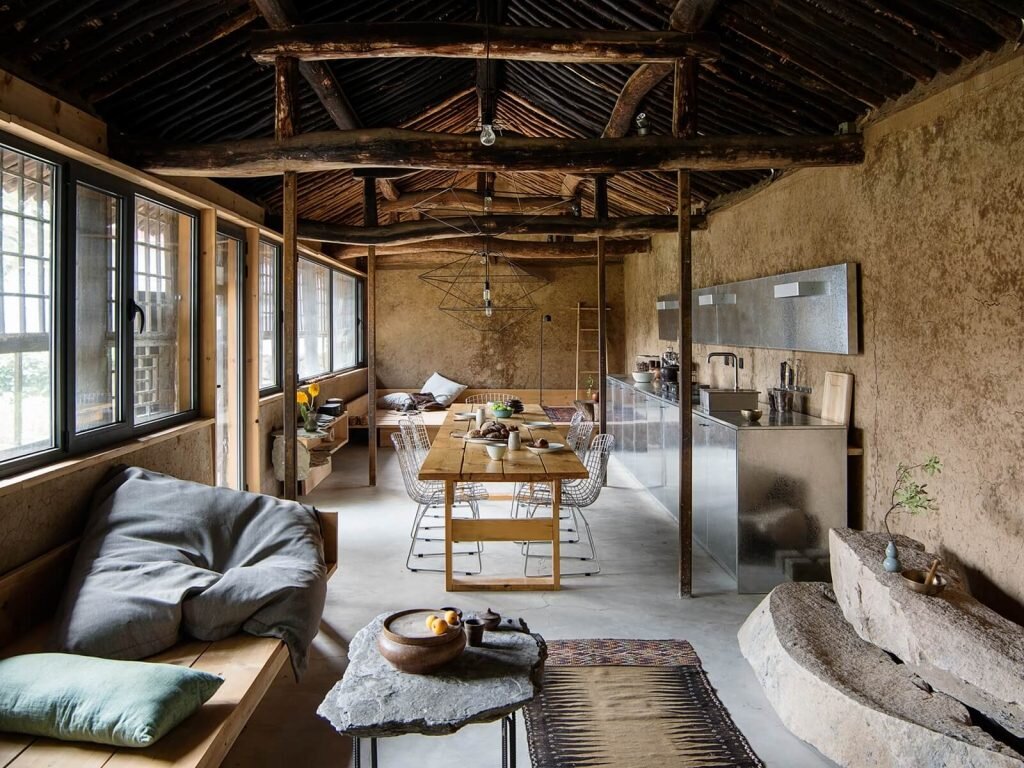 Taeubert and Min sought to give an old building a new lease of life. The project has been dubbed “Studio Cottage” and is found in a suburb village of Beijing. The property is composed of an area measuring 807.29-square-feet (75-square-meters), with a large portion of that area being dedicated to a courtyard. 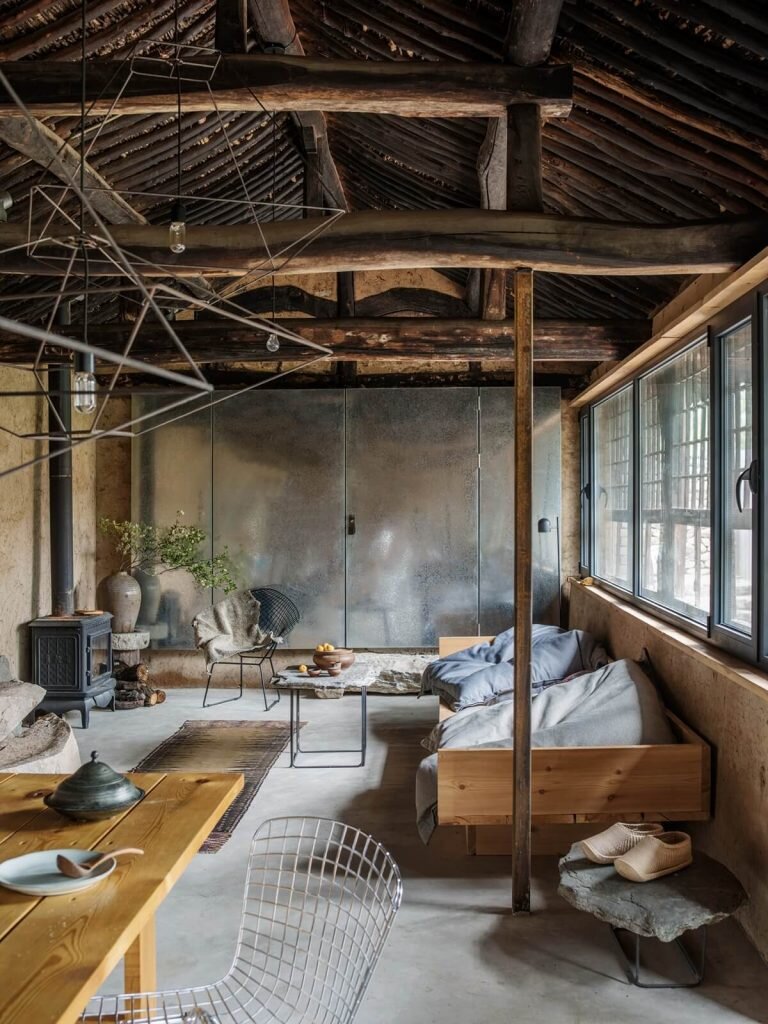 The restoration of Studio Cottage was completed back in 2016. The architects state the restoration was – in part – a catalyst for the restoration of the entire village: “our intention was to refurbish an unoccupied dwelling, which some might argue was not worth preserving, in order to rediscover the identity it could bring about in the context of its village setting.” 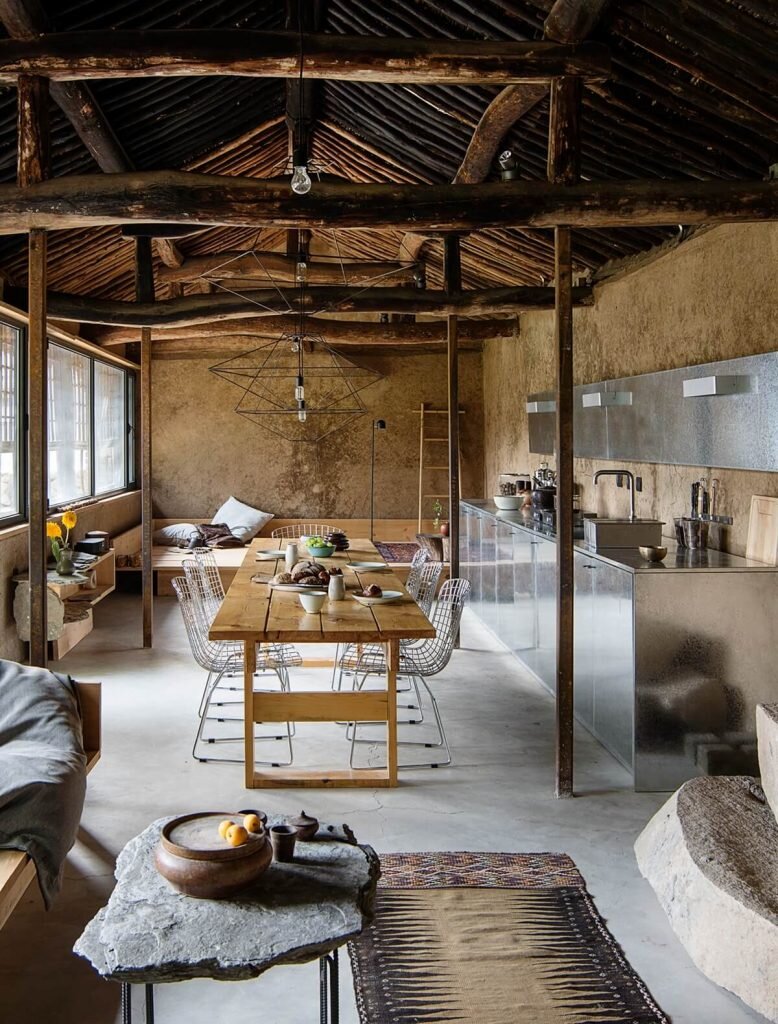 The completed home is a mix of old and new. The old is seen in the rustic roughly finished walls, and the dark and crooked timbers of the roof structure. The new starts with the concrete floor, and proceeds through to the fixtures and finishes. It’s quite a subtle distinction thanks to the use of rustic materials, like stone and chunky wooden furniture. 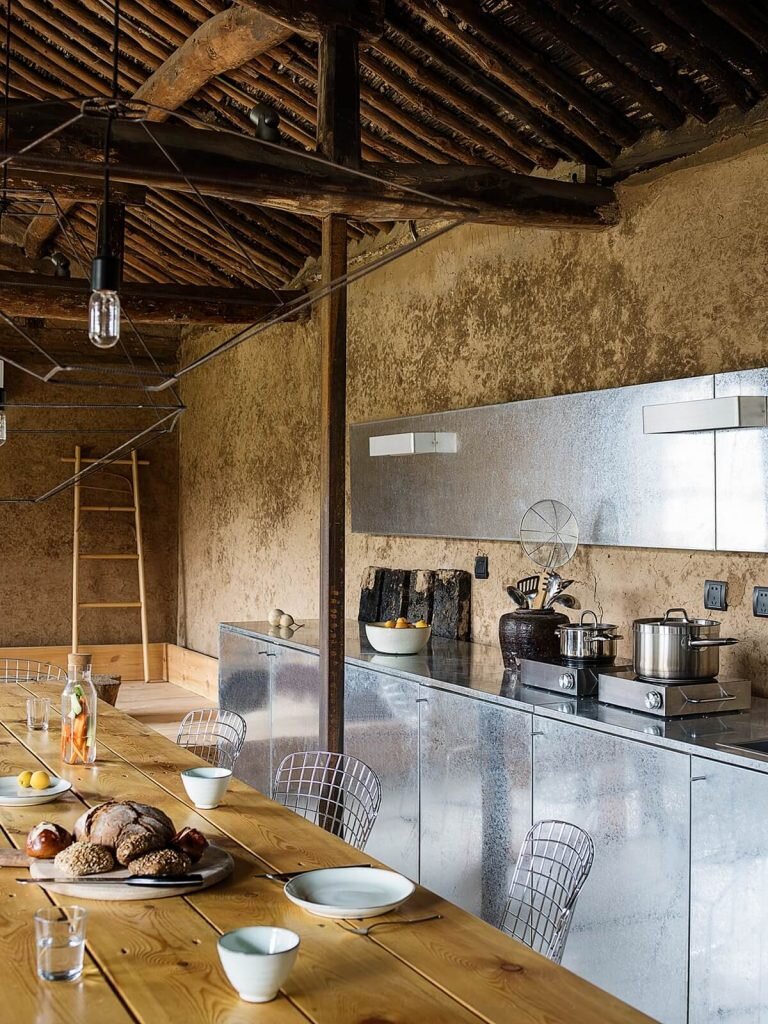 The plan of Studio Cottage is split into three main living spaces. The first and largest is a long and narrow room, dedicated to serving as a living area, dining area, kitchen and a bedroom. A second sleeping area can be found beyond this room, followed by the home’s bathroom. 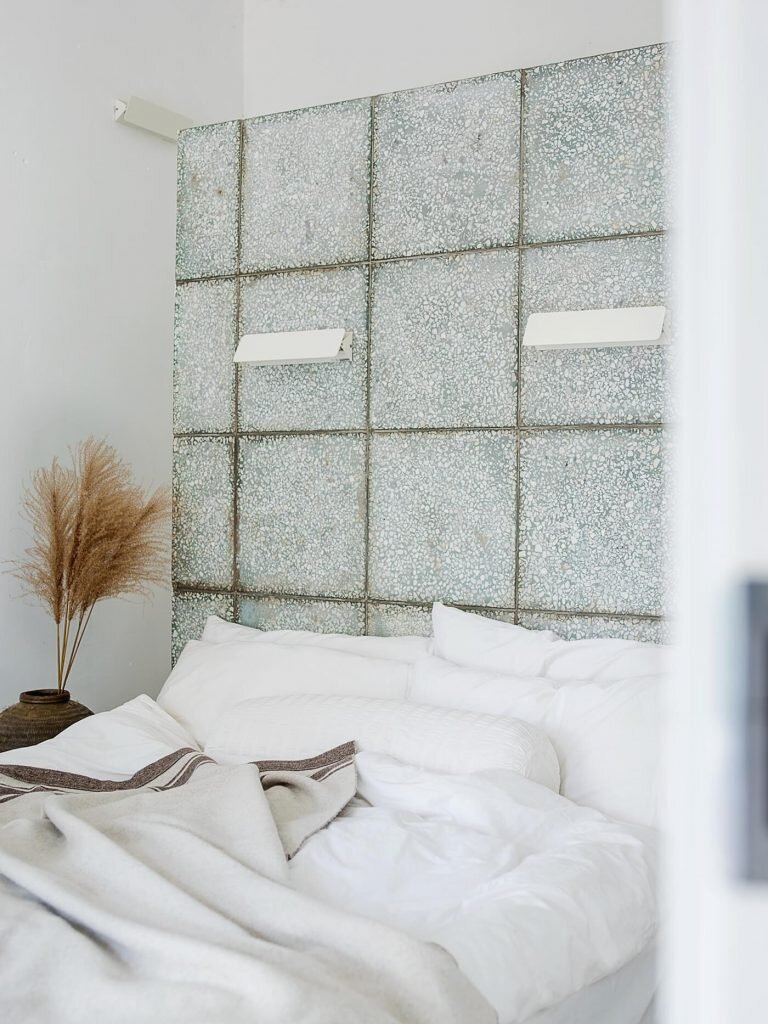 Beyond the main living spaces, you’ll find an enclosed courtyard with a variety of seating arrangements suitable for accommodating both large and small groups of friends and family. From the architects: “The farmer who had originally built the house in the early seventies was a frequent visitor during the construction phase and we were happy to hear that he ‘approved’ of our interventions to the house being seemingly happy with the final outcome.” 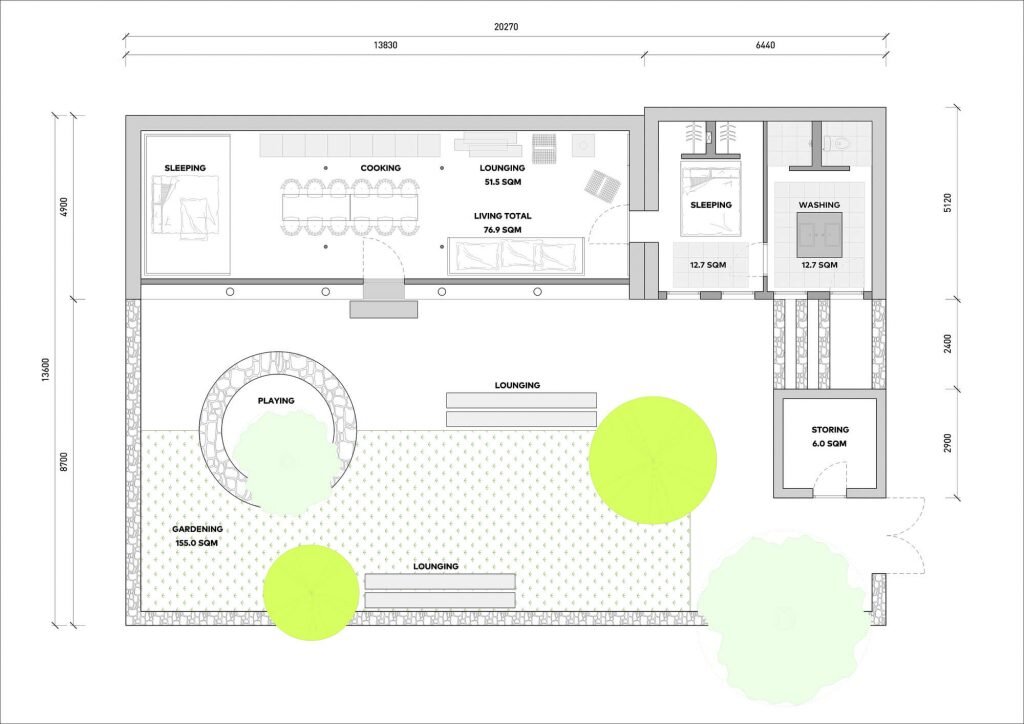 For more small houses check out this Beijing Huton that gets a contemporary makeover by Chaoffice. Or, The Renovation of Ngamwong, which sees a living space transformed. See all small houses.

ORIGIN Treehouse by LEVIT Wraps Around an Oak Tree in France