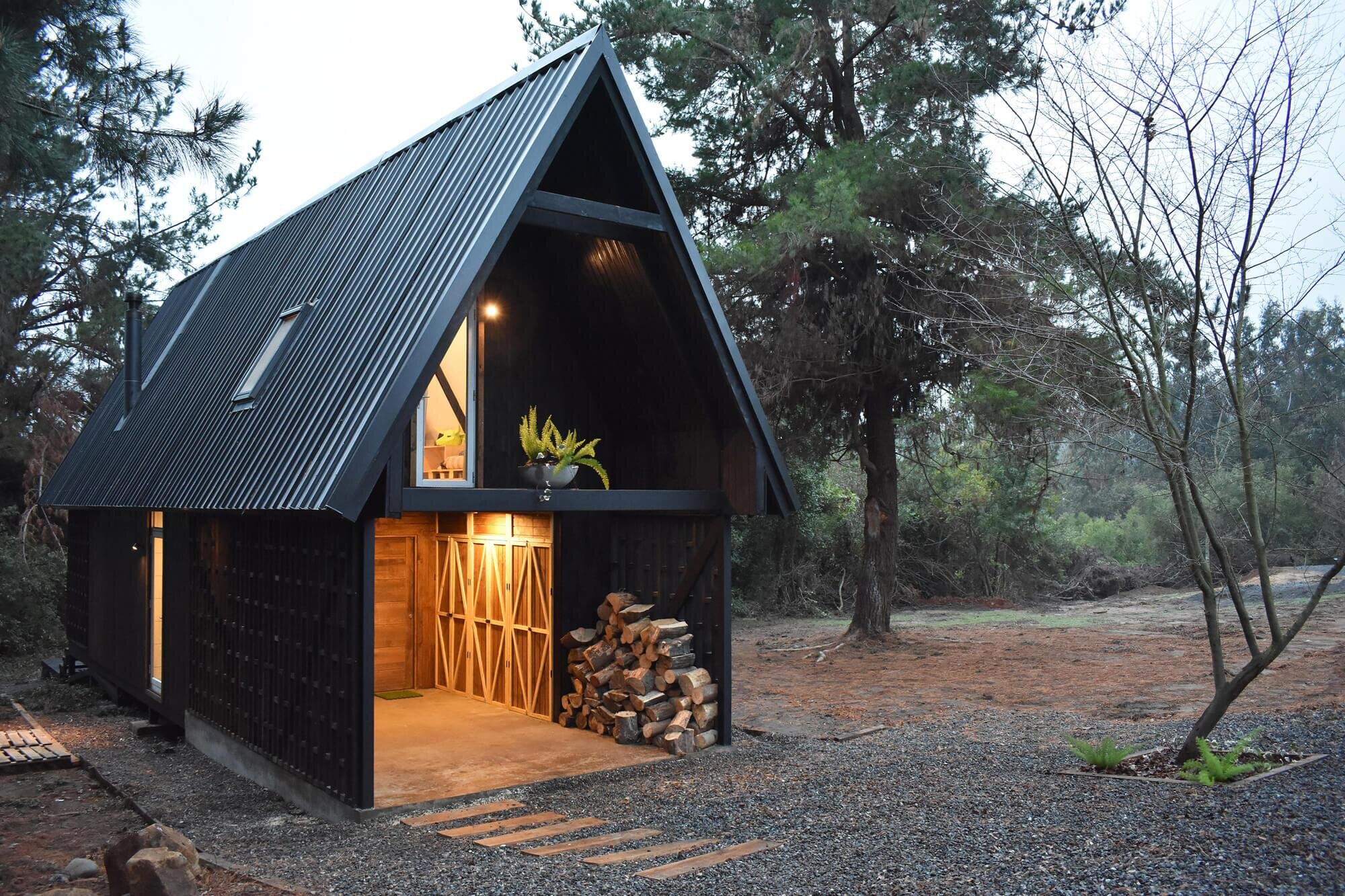 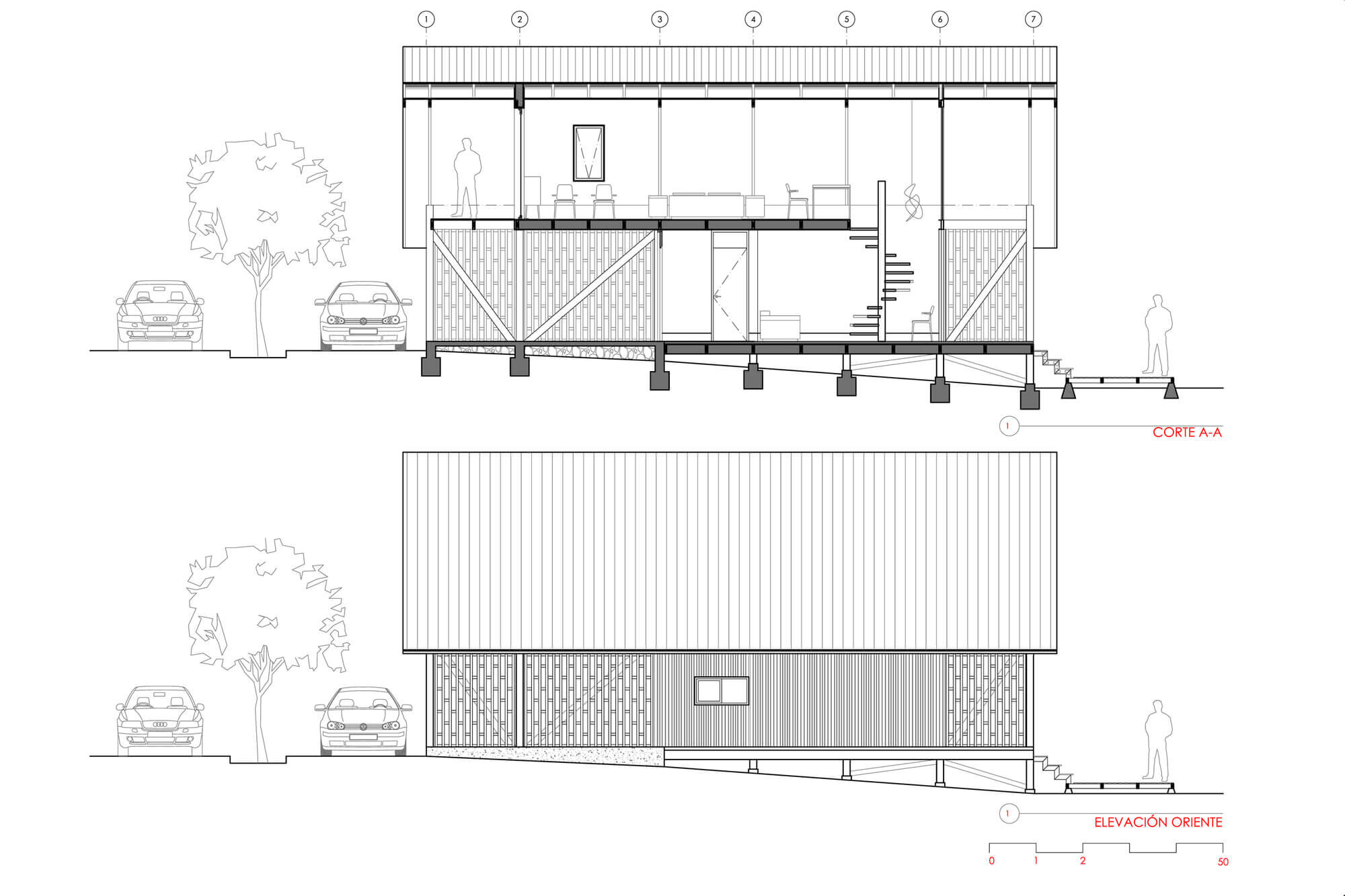 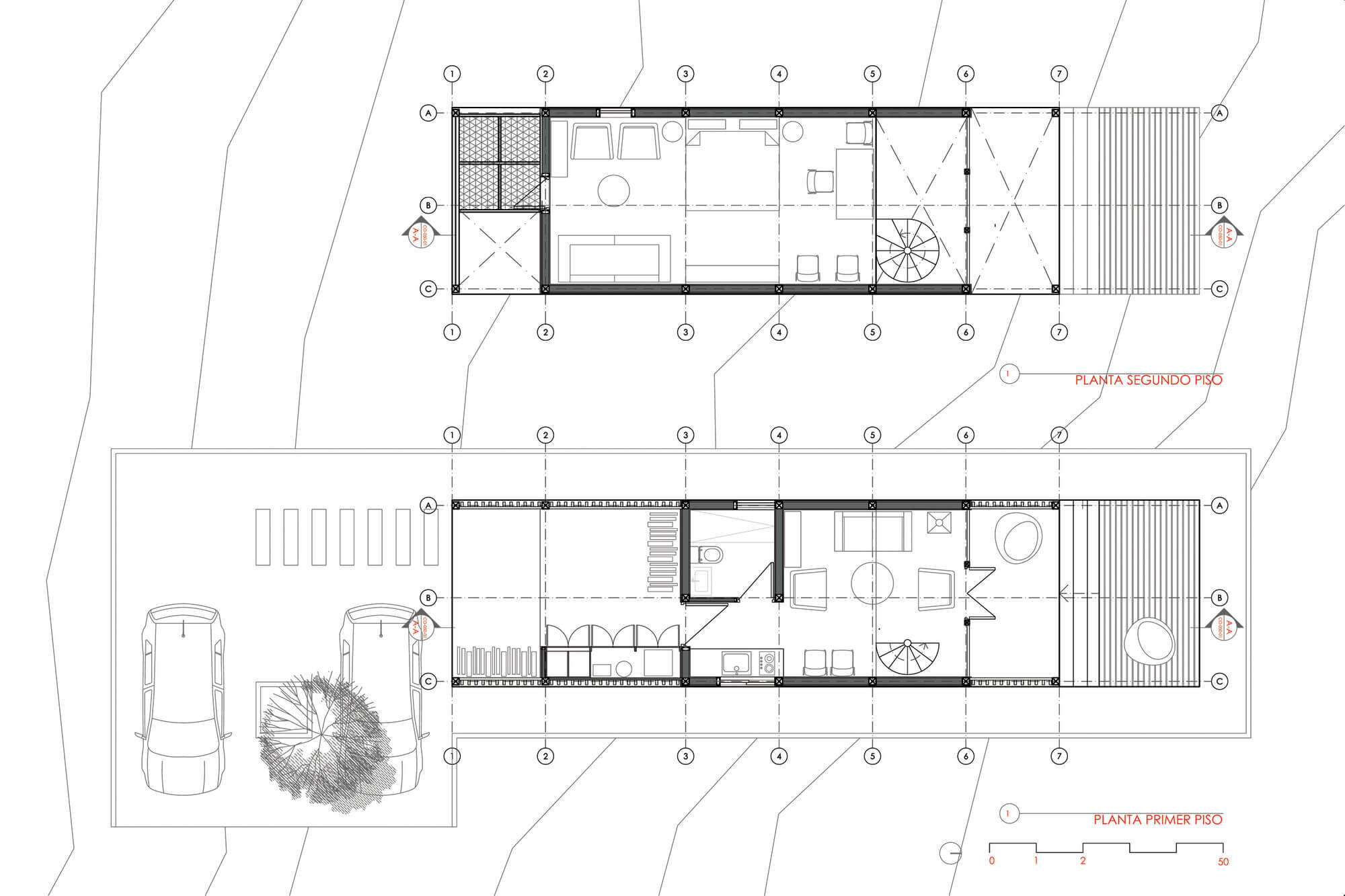 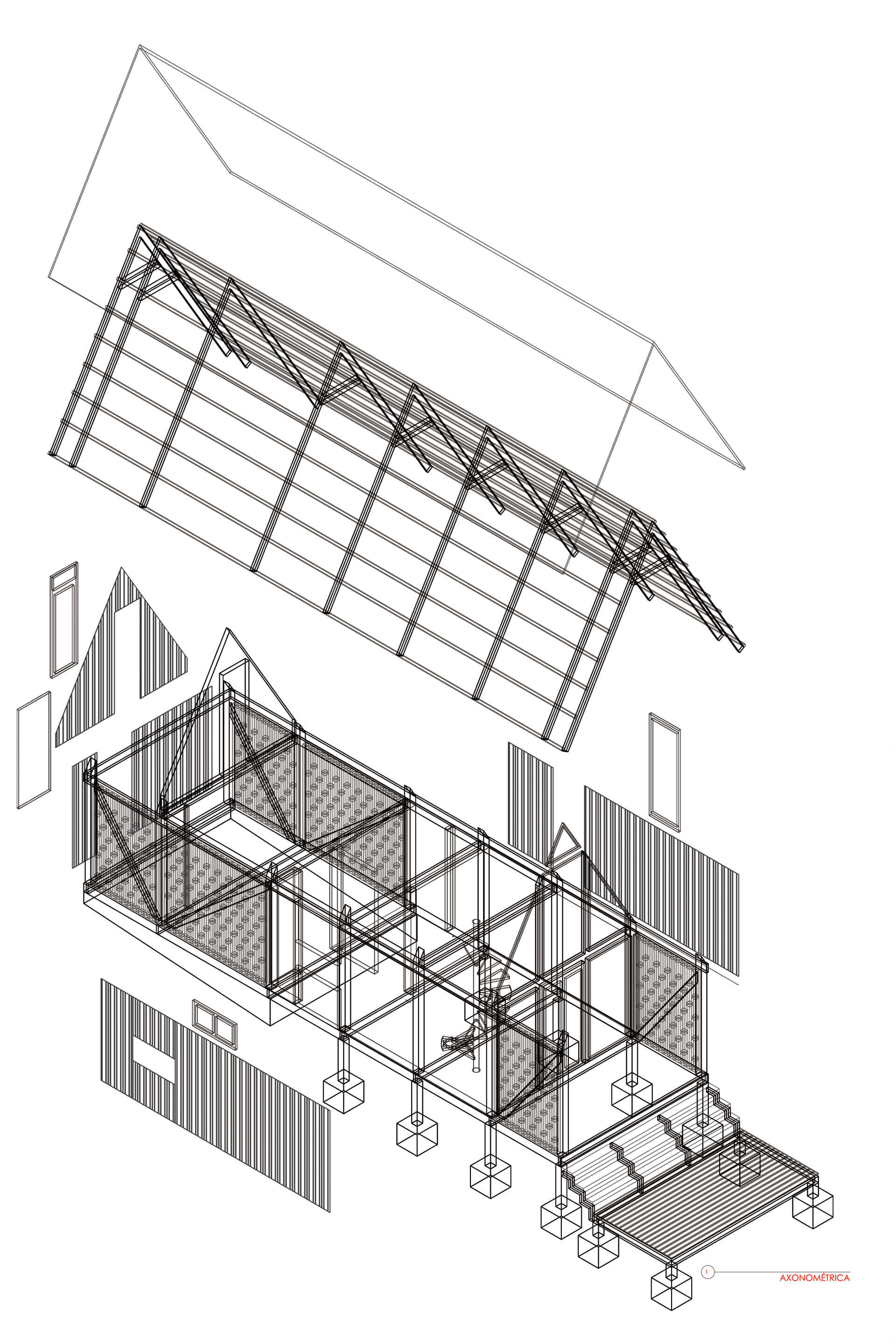 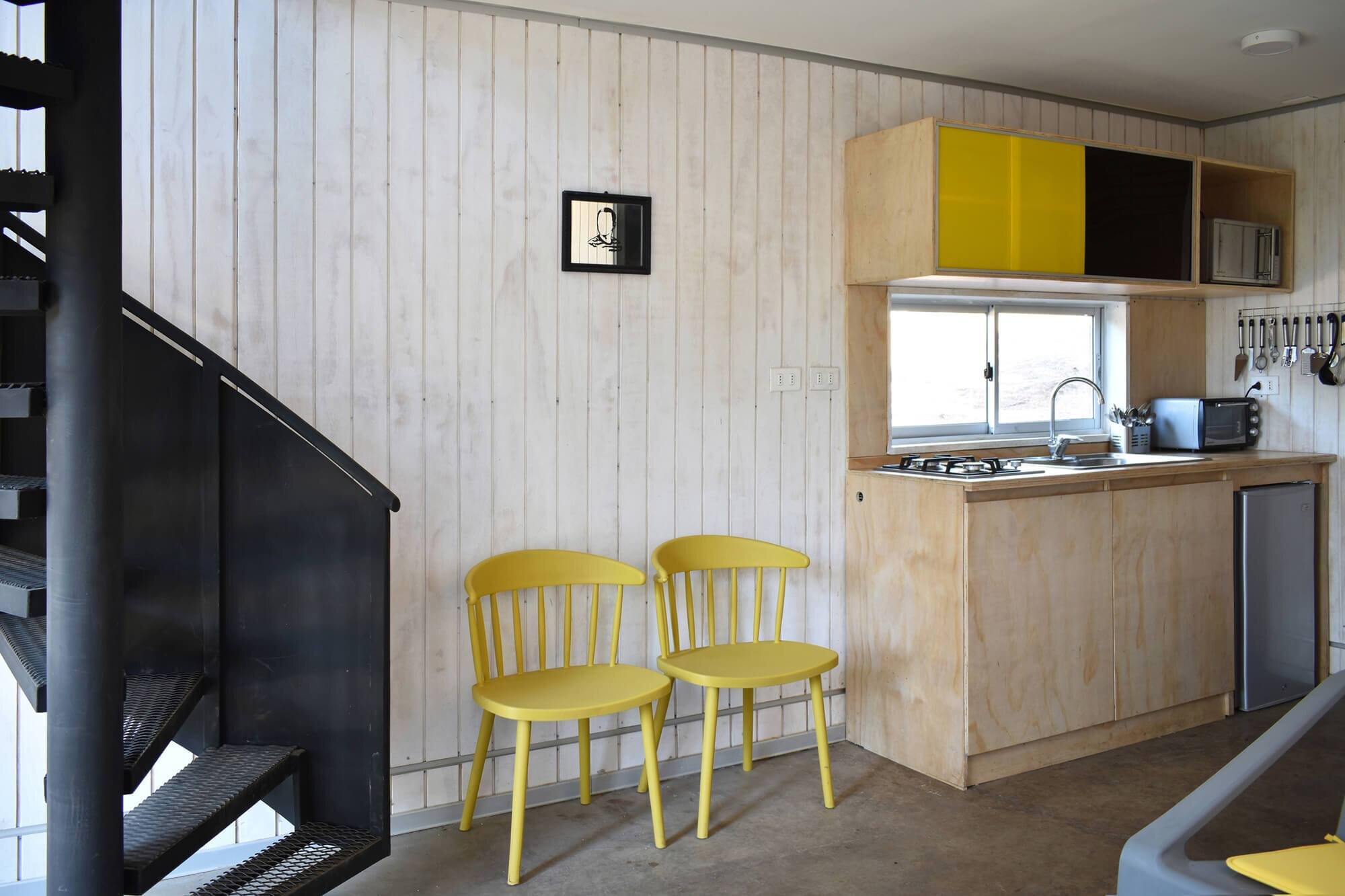 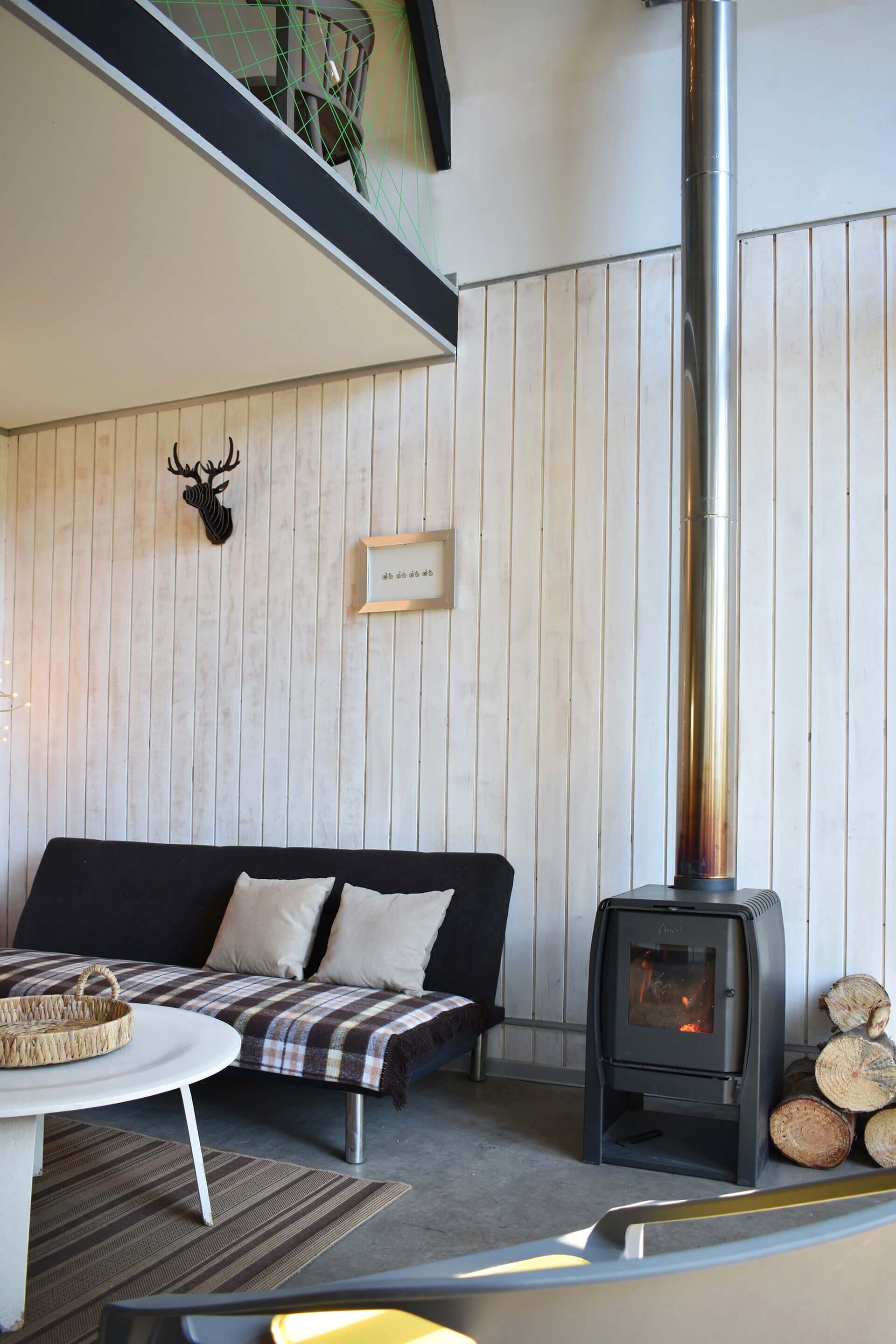 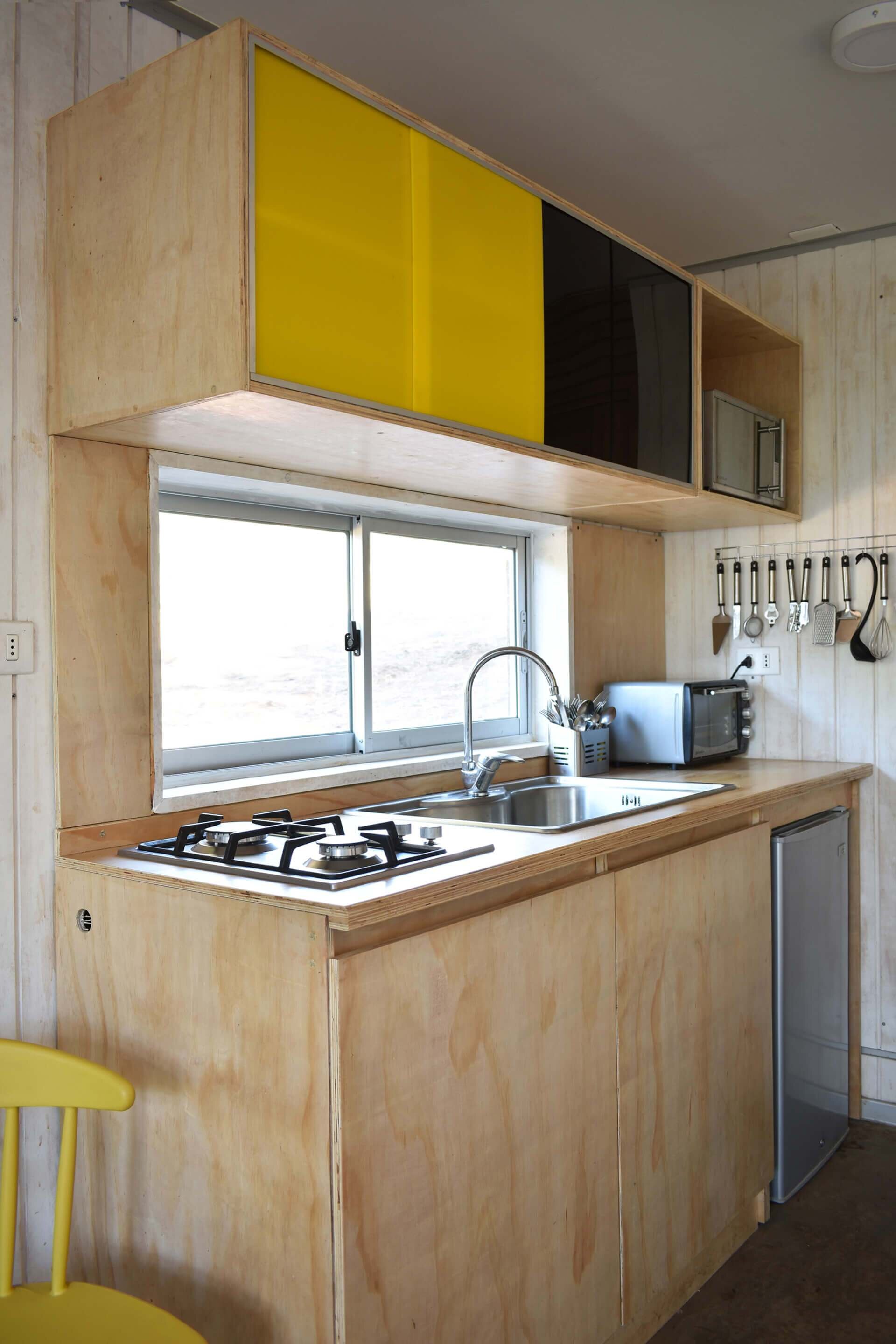 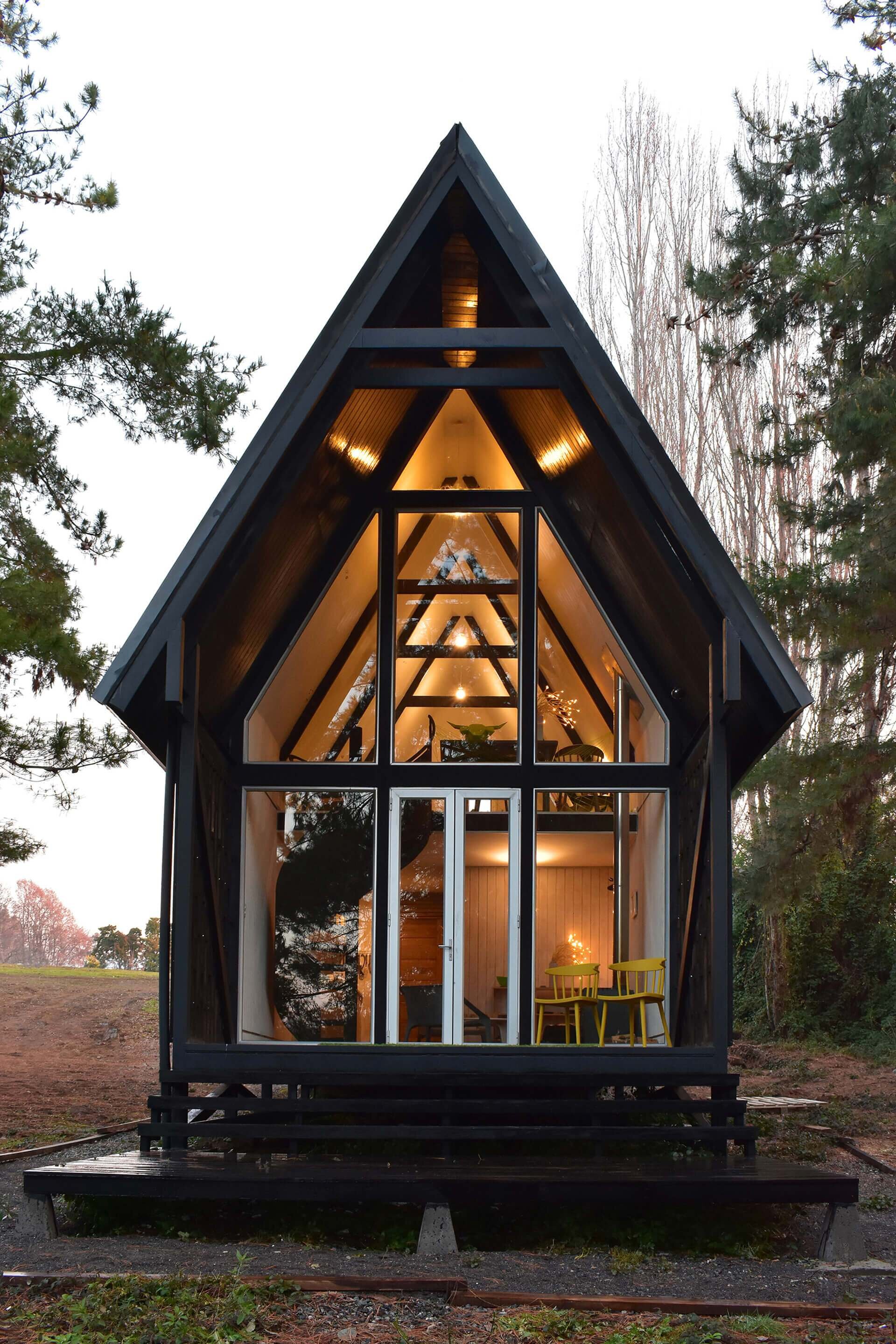 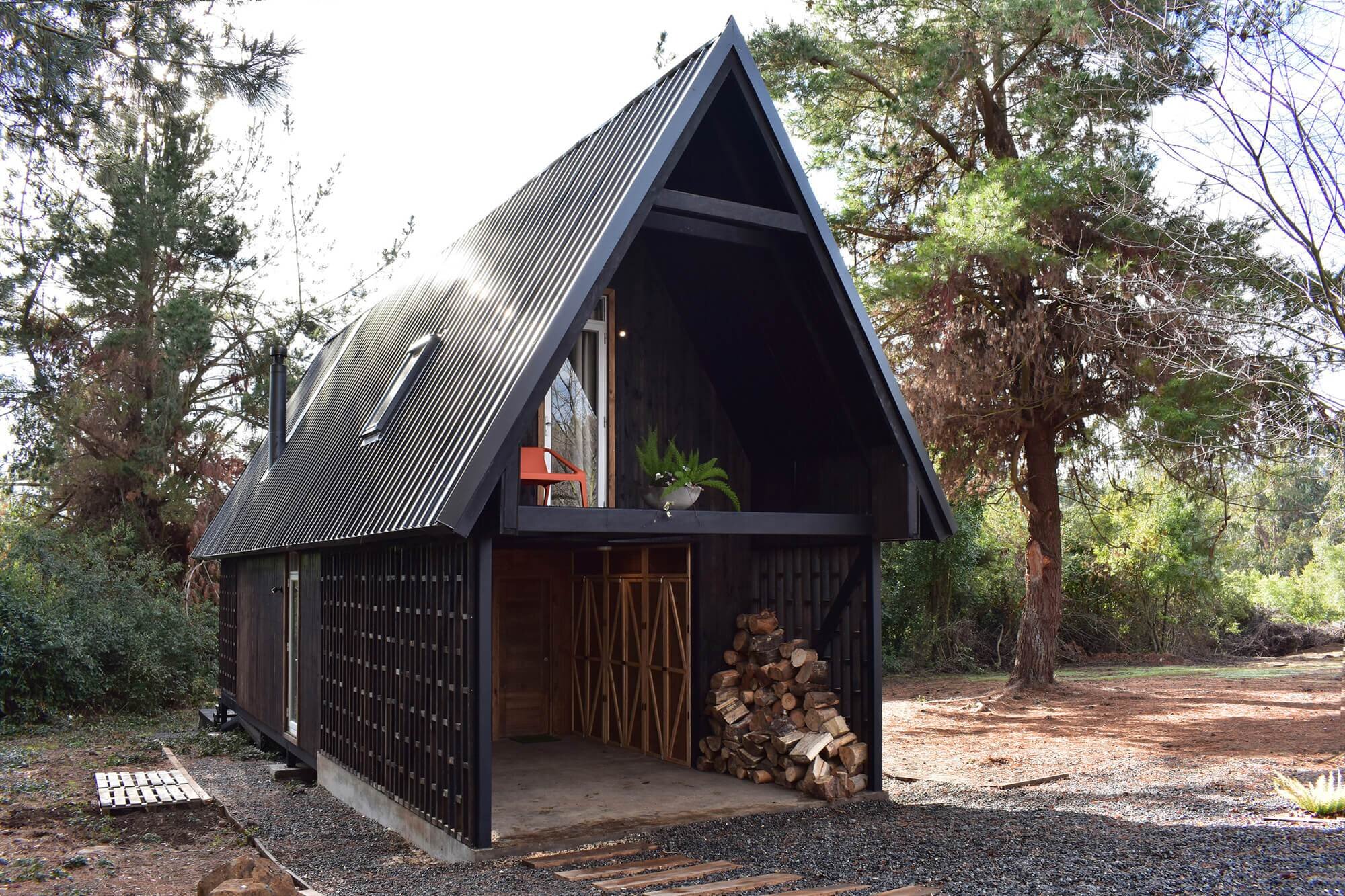 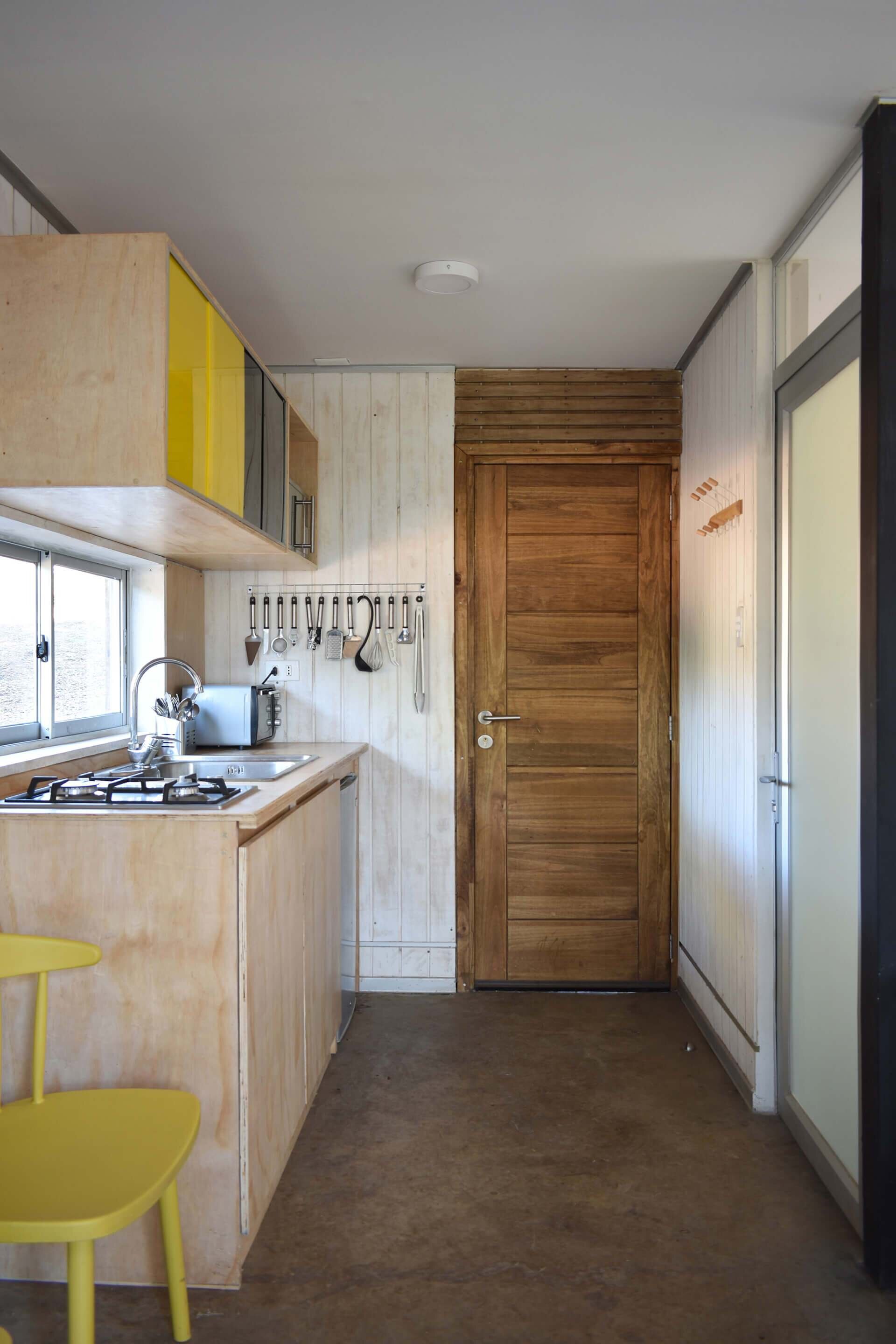 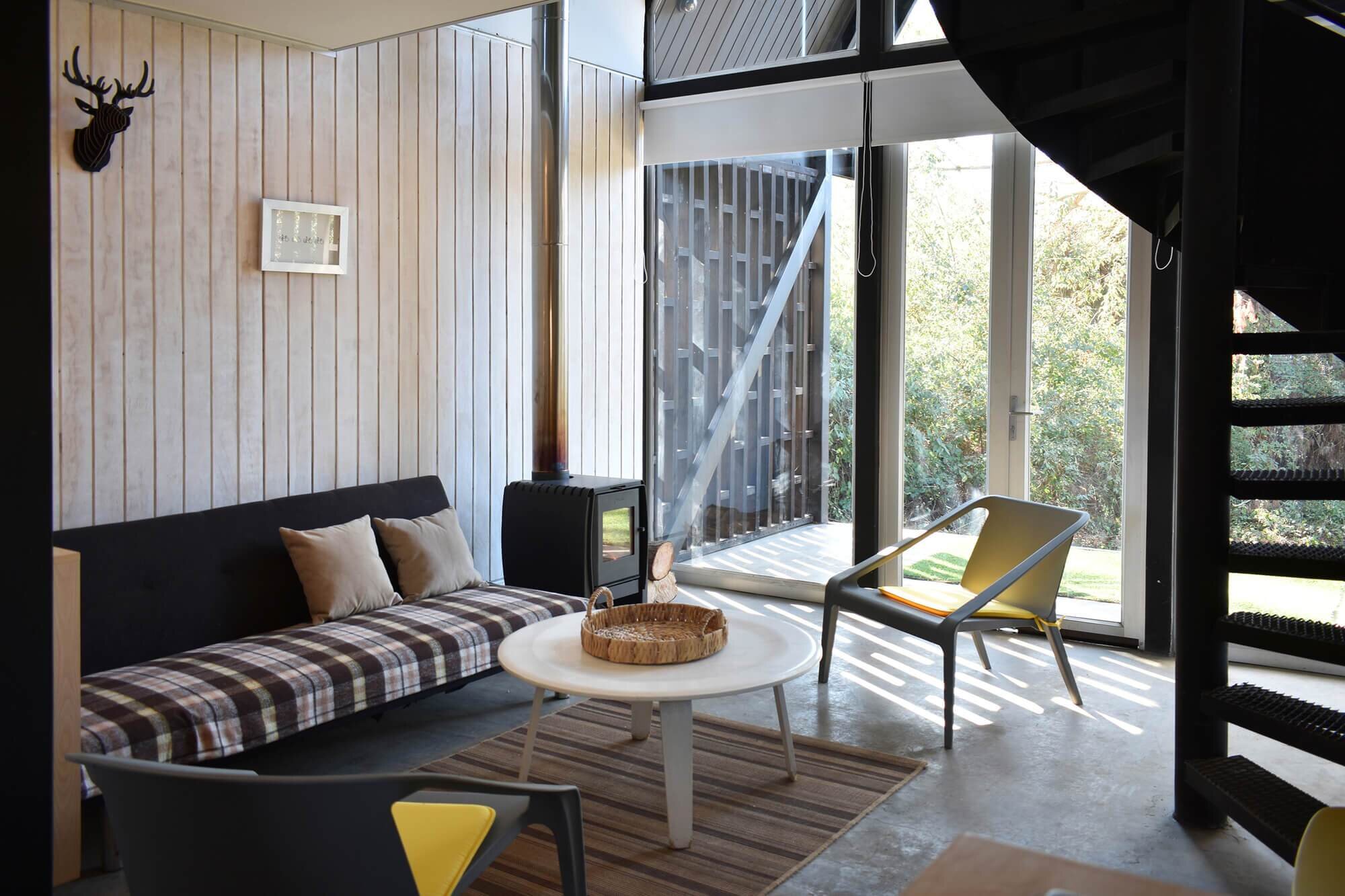 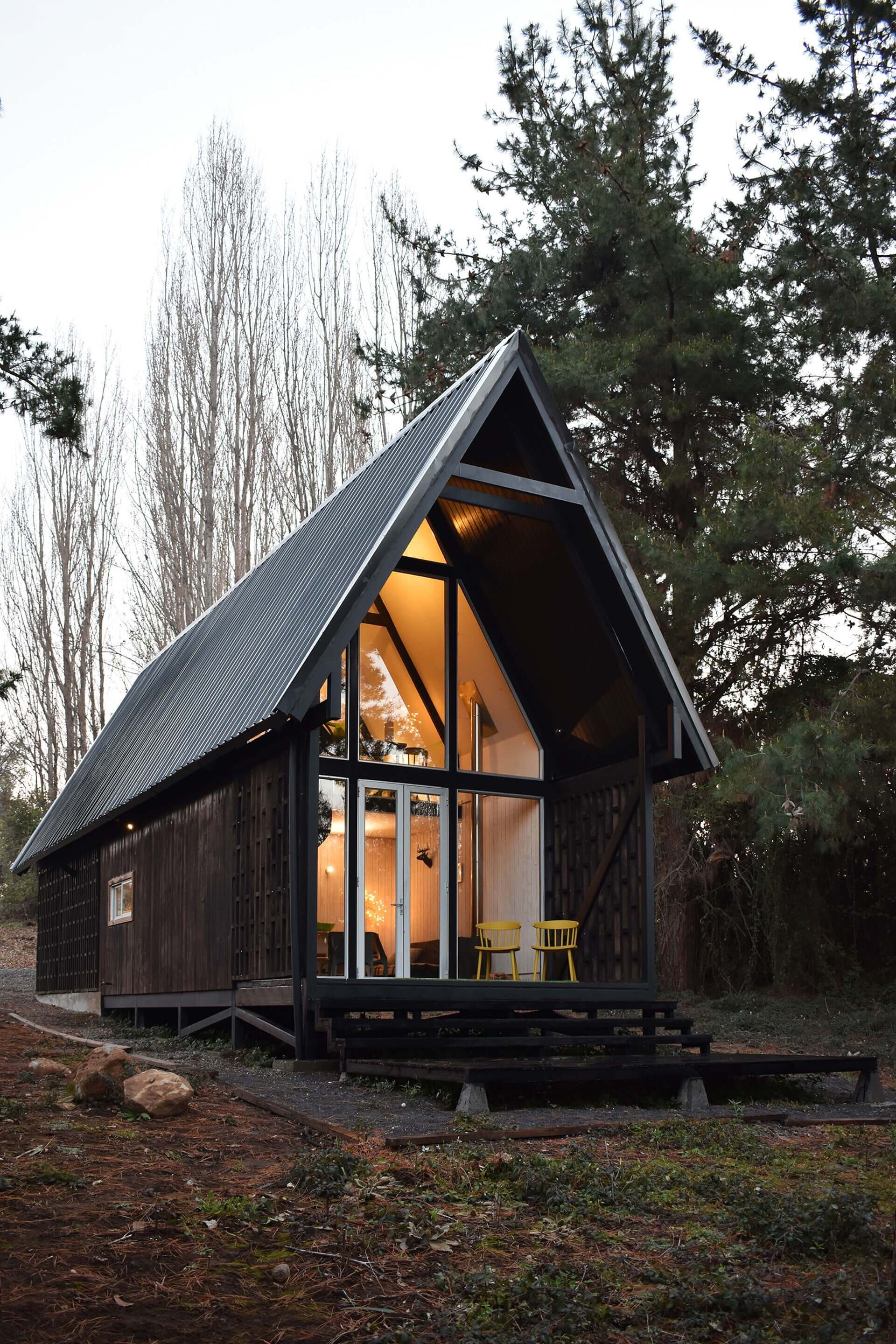 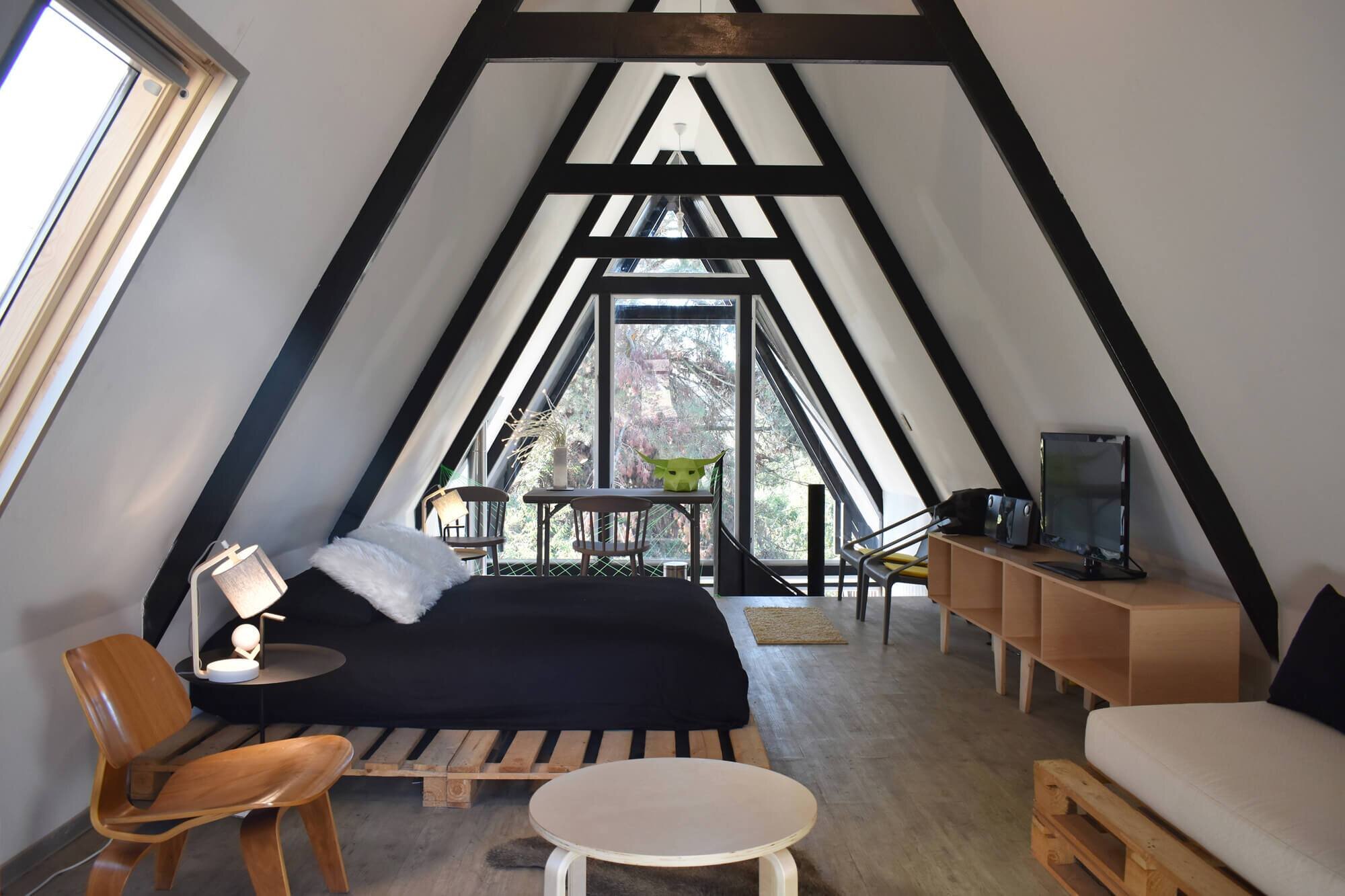 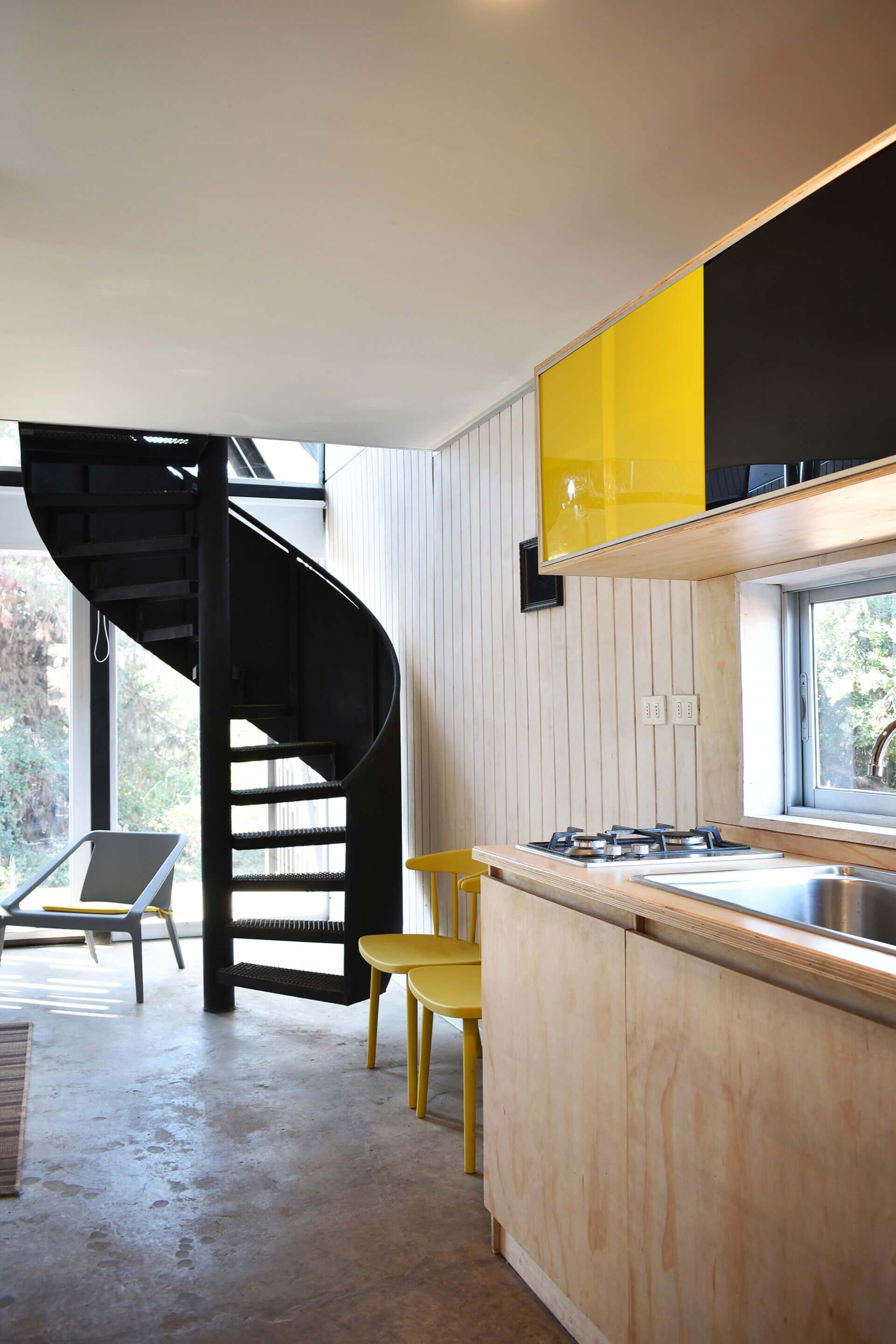 Architect Felipe Lagos created this holiday retreat. Dubbed Casa R, the getaway can be found nestled half way up the Andes mountain, in the town Vilches in southern Chile. The project was completed in 2018. 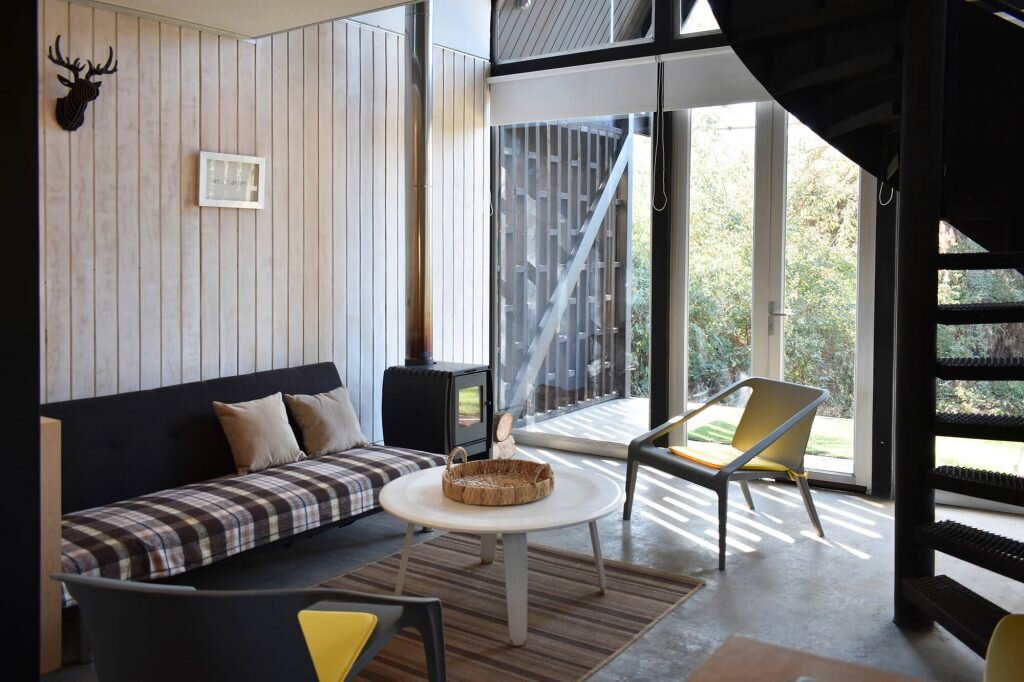 Given its altitude, the building has to resist extreme climates, which may have informed its steep roof, allowing snow to slide off rather than accumulate. There’s no shortage of space on the site – the architects had 322,917-square-feet (30,000-square-meters) to take advantage of. 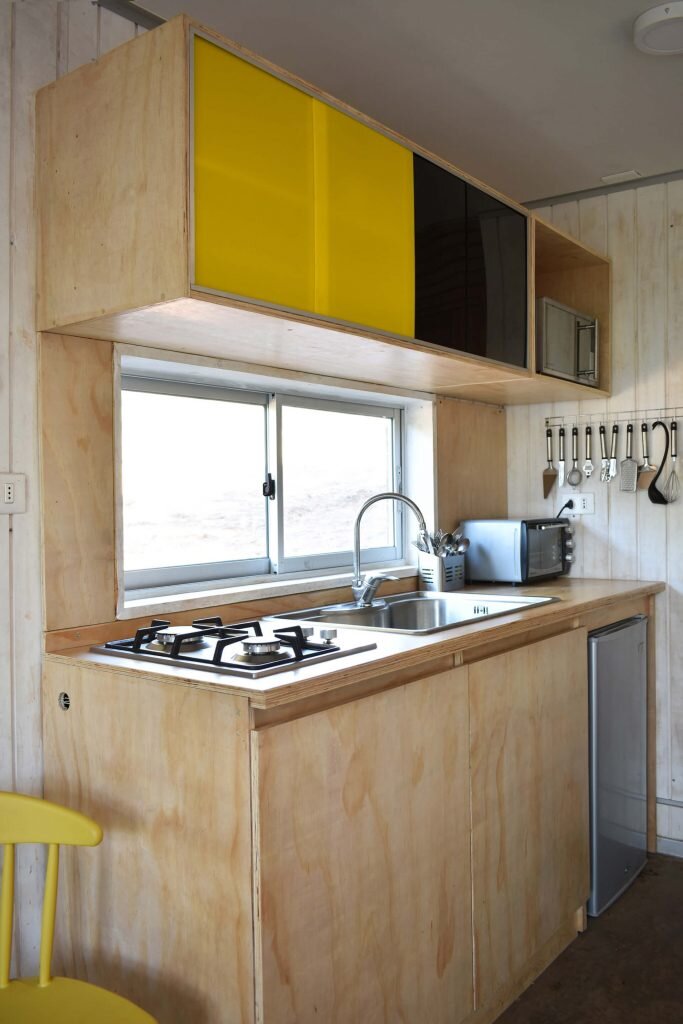 The house has a footprint of around 516-square-feet (48-square-meters), occupying just a fraction of the available land. There are two floors resulting in a total of 1,033-square-feet (96-square-meters) that’s divided up among living and utility areas.

The placement of the cabin in the land, is to insert the it in the middle of the forest looking towards the northern valley. 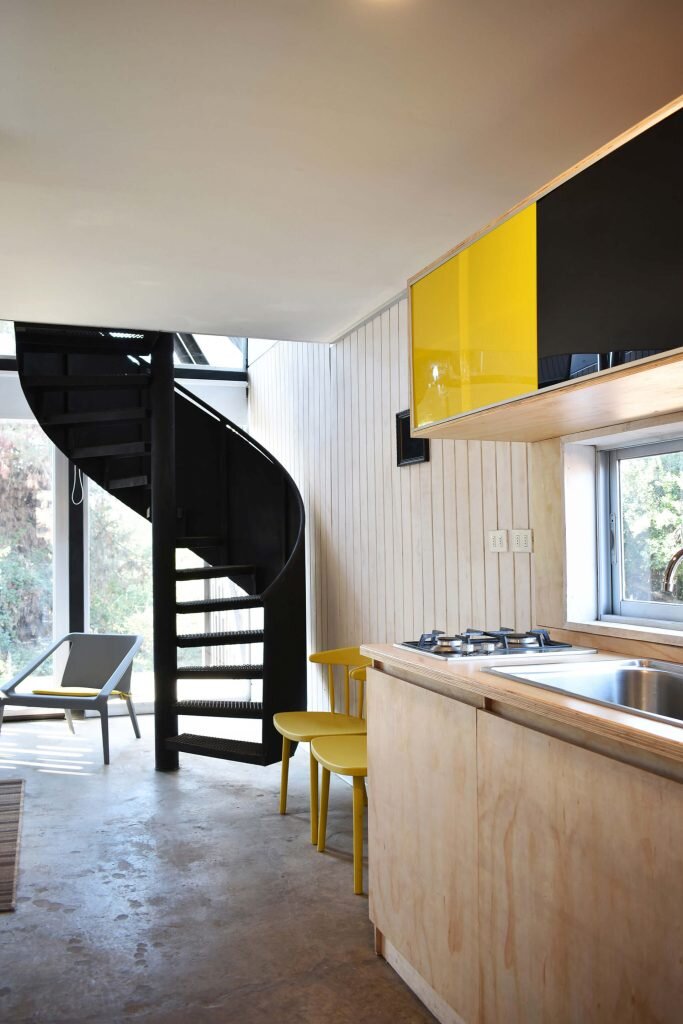 The exterior of Casa R is finished entirely in black – from the seam steel roofing to the wall cladding and window surrounds. The inside tells a different story, with the finishes taking on a much lighter appearance. 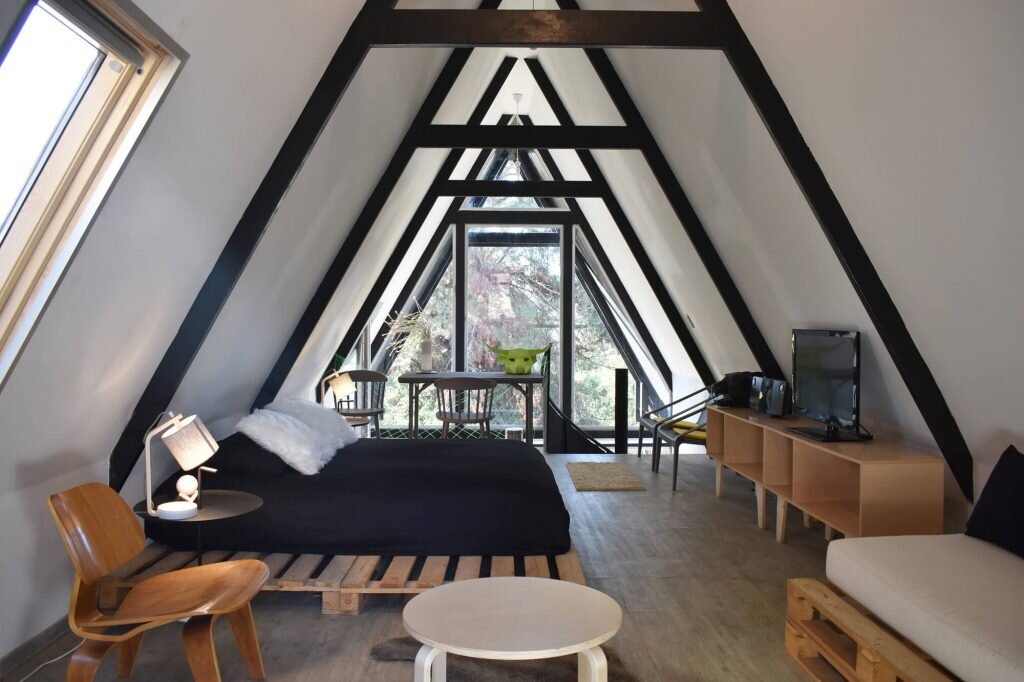 Heavy use of wood is made throughout. It forms the wall cladding, furniture and storage units. It’s also present in the form of structural elements, as seen in the loft, where the A-frame roof is partly revealed.

The slopes dialogue with the naturalness of the terrain…[and] to protect it from snowfalls in the winter. 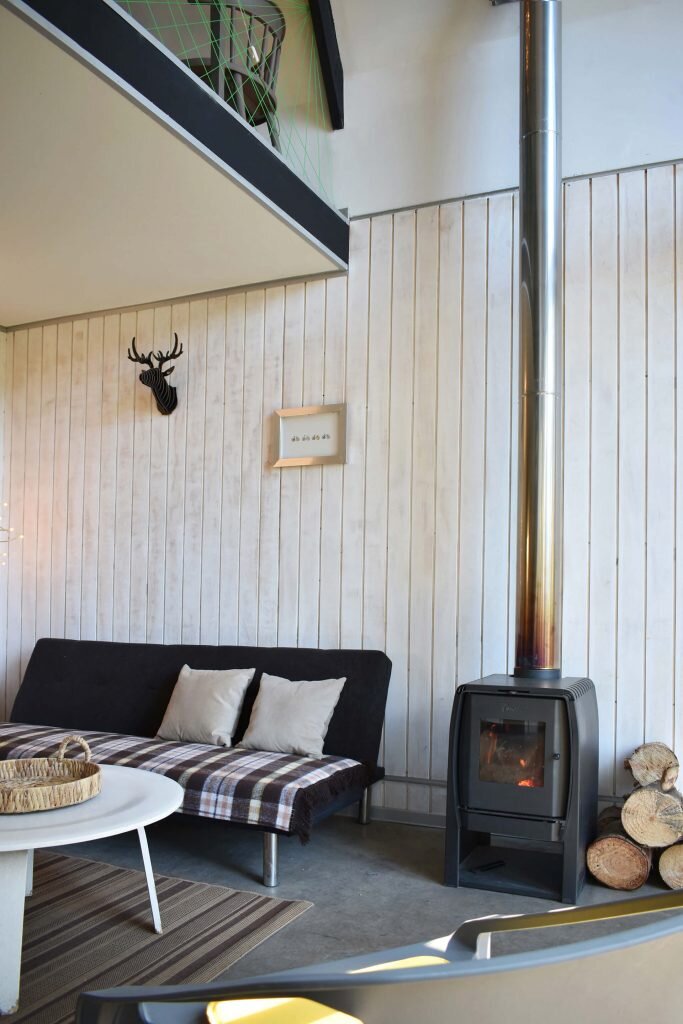 The first floor is used to house a living area, complete with a kitchenette and bathroom. Beyond the internal living space, the retreat extends outwards on one end to form an exterior deck, and sheltered storage area on the other.

The second story provides yet another living area, along with a bedroom and a small work station, all within a single open plan room. There’s also a small balcony to the front that overlooks the mountainside. 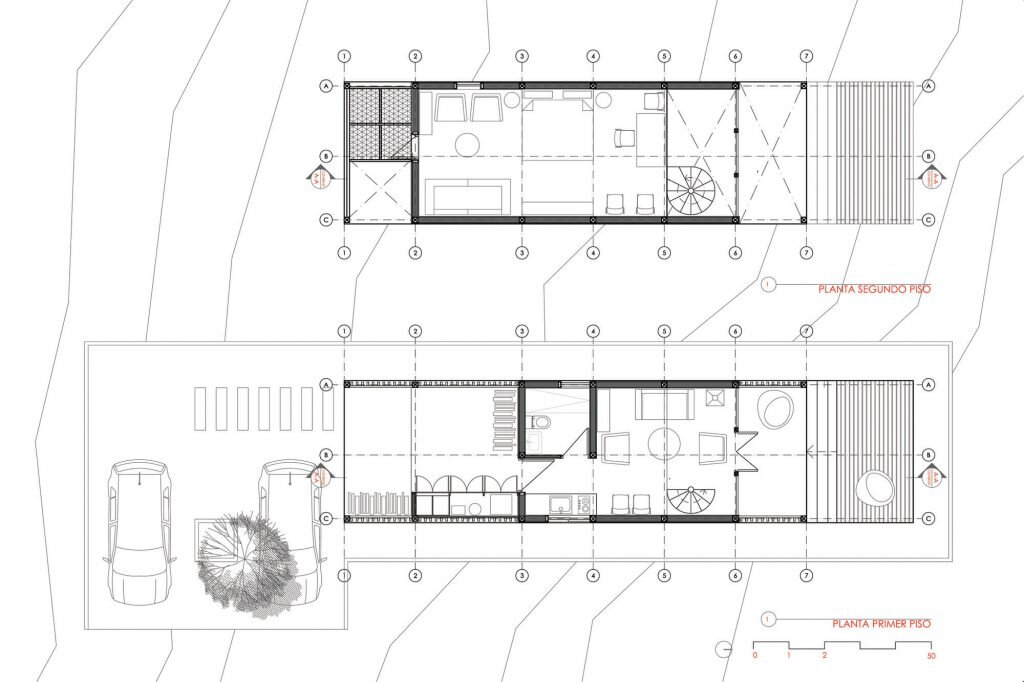 D12 Design Create a Forest Retreat among the Mountains of Vietnam