Droomparken, a company that specializes in the development of holiday parks, commissioned this modern day holiday home. The home was revealed at Dutch Design Week in 2017. 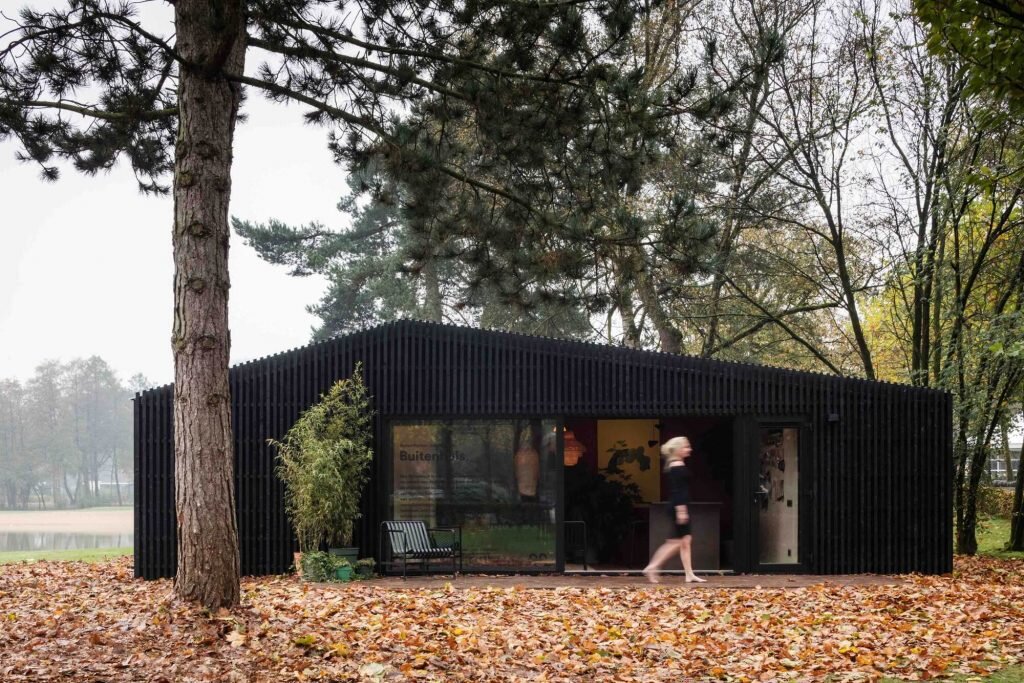 The unit is based in Otterlo in The Netherlands, and has been dubbed “The Buitenhuis”. It’s composed of 430.56-square-feet (40-square-meter) of living space, spread over two levels. 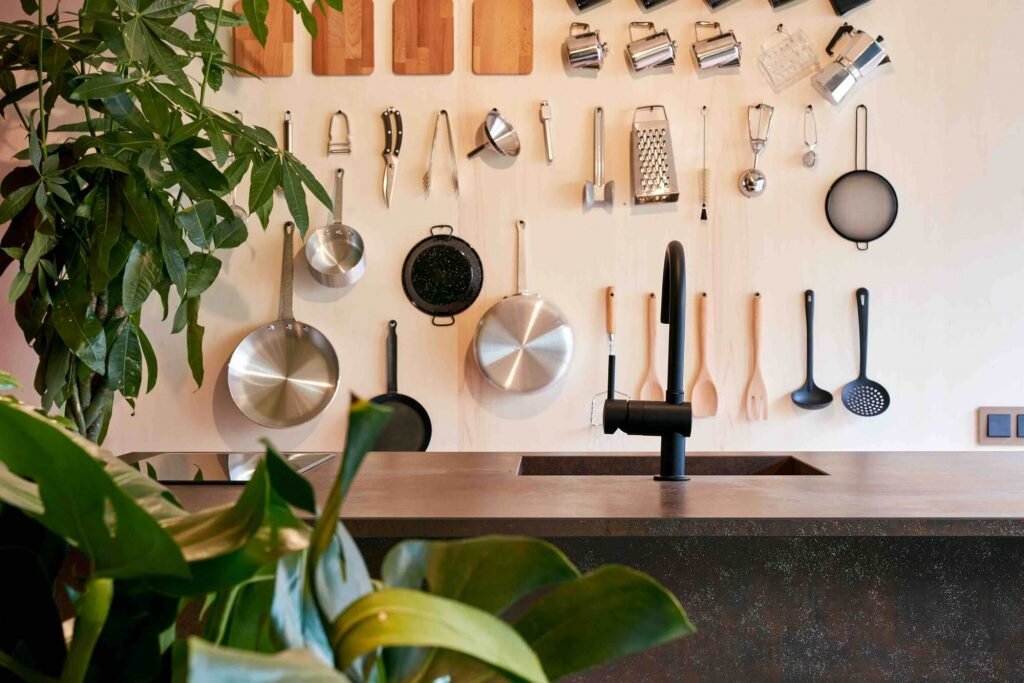 The exterior of the home is a rather unassuming structure. From the side you could be forgiven for thinking it was simply a wooden shed. However, the front of the building reveals its true nature, with a massive sliding patio door showcasing the living space beyond it. 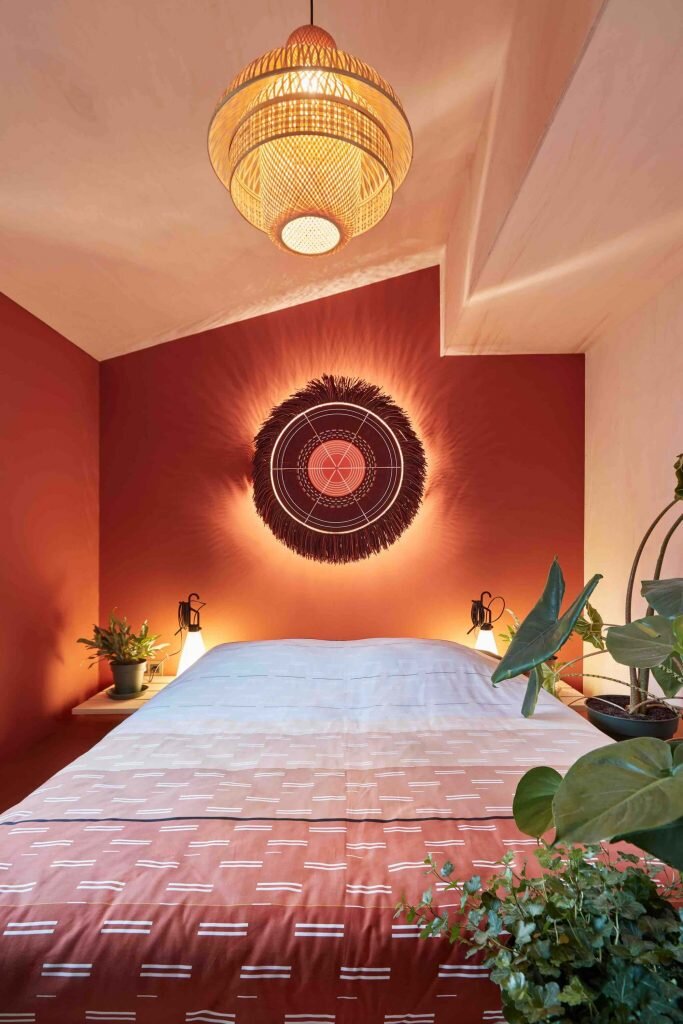 The patio door and adjacent window provide lots of natural light for Buitenhuis’s main living space. It’s an open plan area that serves as a dining room, living room, and kitchen. This main space is flanked on both sides by other rooms. To the right of the kitchen, you’ll find a substantial bathroom. 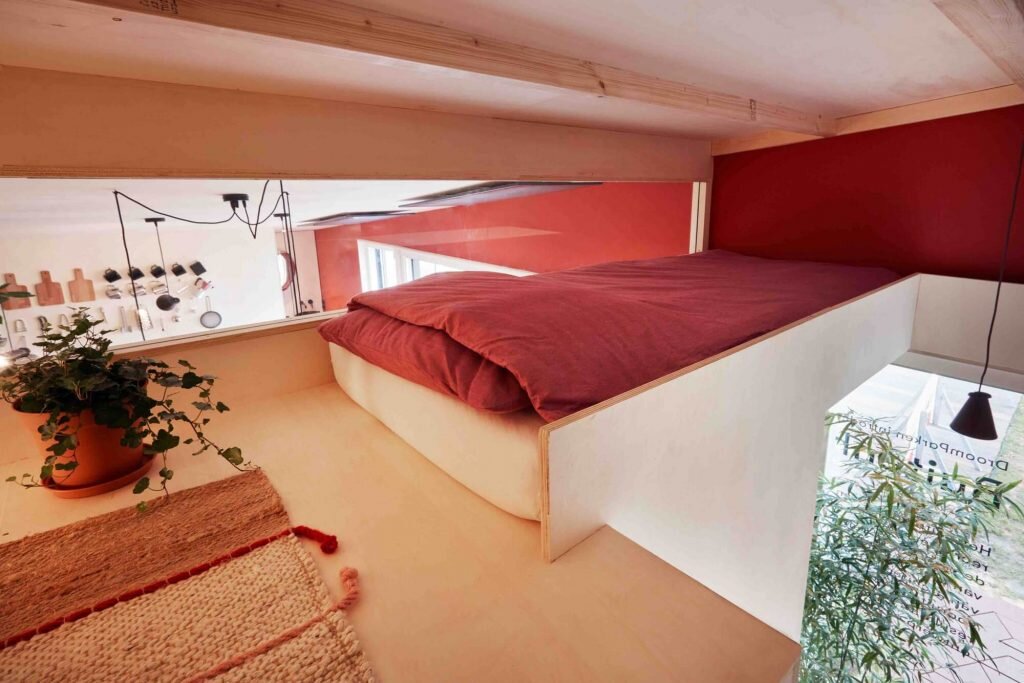 At the opposite end of the home, and to the left of the living room, you’ll find the master bedroom. I say master bedroom, because in this property you have the ability to take advantage of the second story as a sleeping space, which it does. The upper level essentially leads into the loft, and it’s kitted out with two single beds. 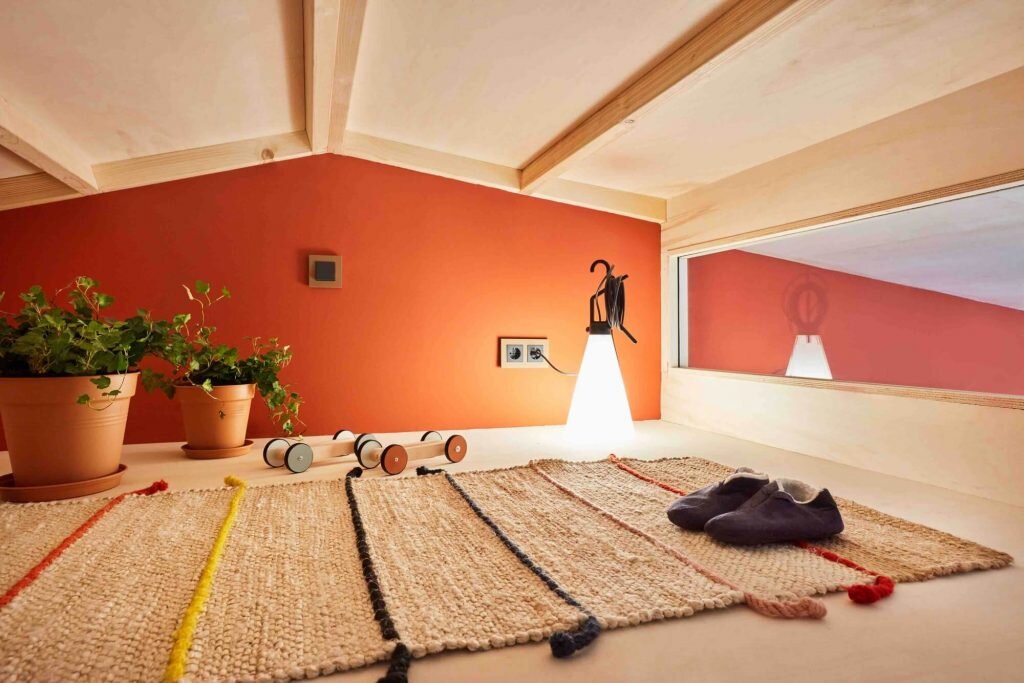 From the designers: “The buitenhuis intention is to make its guests forget their daily routine. It’s a cozy home and starting point for visitors to retreat peacefully into nature.” 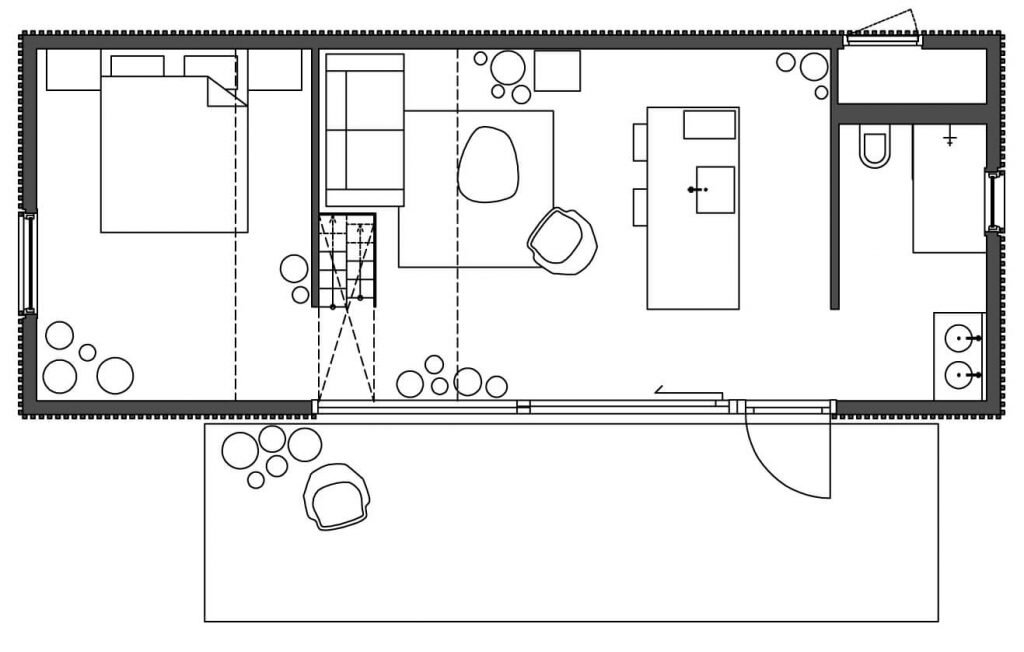 For more cabins check out Lorena Troncoso’s functional cabin for a couple of rock climbers. Or, this mountainside retreat that’s been created for a DJ. See all cabins.